These dogs totally forgot how big they are.

Anyone who knows anything about dogs, or has a dog at their house, would know they are the animal version of human babies. They literally behave like children all the time. At times, they ignore their size when it comes to being babies because what can we say, they are just too adorable that even we sometimes forget how big they are. Now there are many breeds of dogs that grow very quickly, some of them touch the ceiling of the house before turning two while some breeds barely reach the dining table at 10 years of age. That’s just how nature has designed them. And the best part is, they really don’t care if they are 10 years old and tiny or 2 years old and terribly big, they just want to stay the babies they are. And by babies we mean still steal their parents’ socks, sit on their lap, run around the house, sleep at random places, and the list goes on and on.

People have developed a certain perception about big dogs and it is not positive. They feel that big dogs will be terrifying and aggressive and that’s the reason why the majority tend to avoid big dogs if they go for adoption, or see one on the streets. Let me tell you something, this perception about big dogs is absolutely wrong. Yes, you may feel intimidated by them at first because of the obvious size factor but they are literally the friendliest and haven’t grown a second by heart. They still carry that child’s mentality and only want to have fun and be loved, just like any other dog on this planet. The only reason you can know this is true is by mustering up that energy to near them and showing them love. Only then you will see the baby magic happen.

Till you get yourself to pet a big dog, I have another way to make you guys believe that big dogs are only big in size and are still little babies in terms of their personalities. Here are some adorable pictures of really big dogs behaving like very little babies.

Scroll down below for some wholesomeness.

1. No matter what the size, they will never sleep without each other once the habit develops. And it mostly develops when the doggo is very tiny. 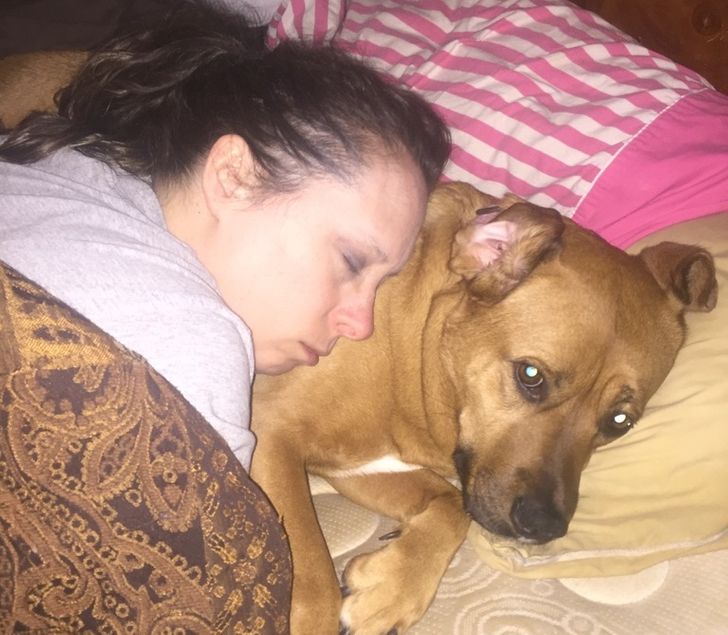 2. They never mentioned the upper limit to be a lap dog in the regulations. This one, for instance, is 170 pounds. 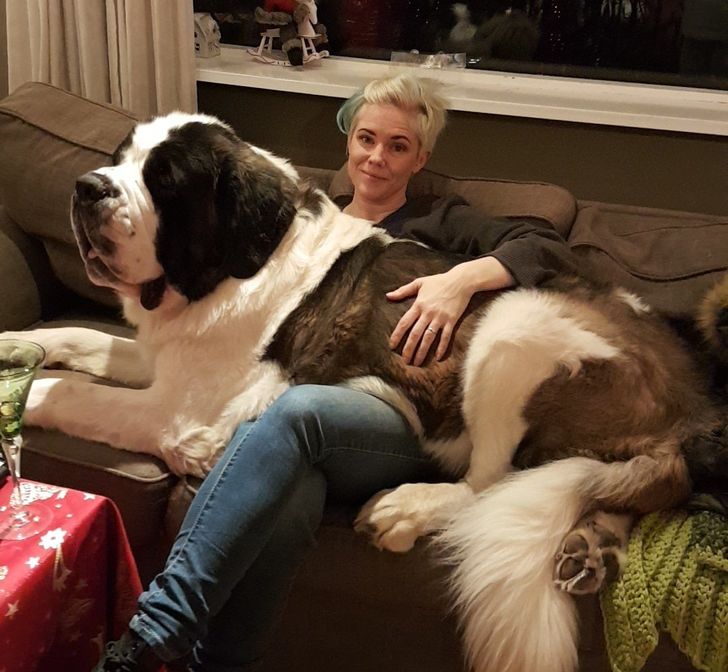 3. His favorite thing is still to be carried by his owner. 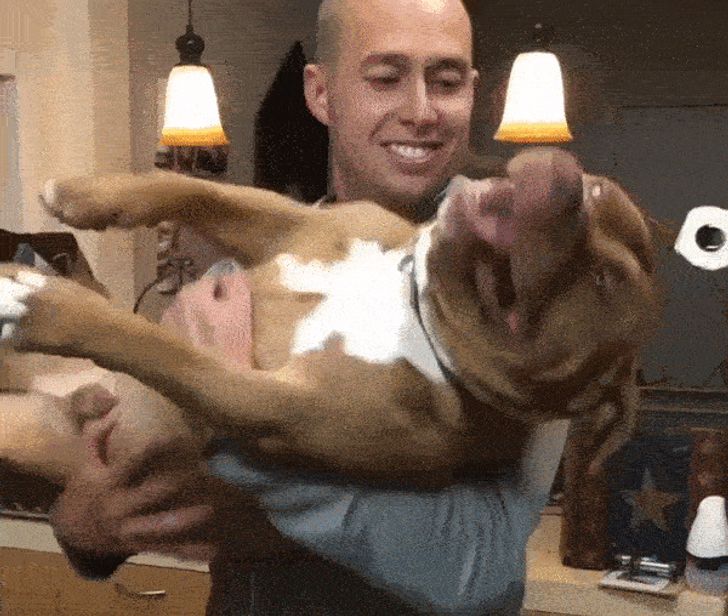 4. Parents realized their dog is now big so they got him a very big toy. 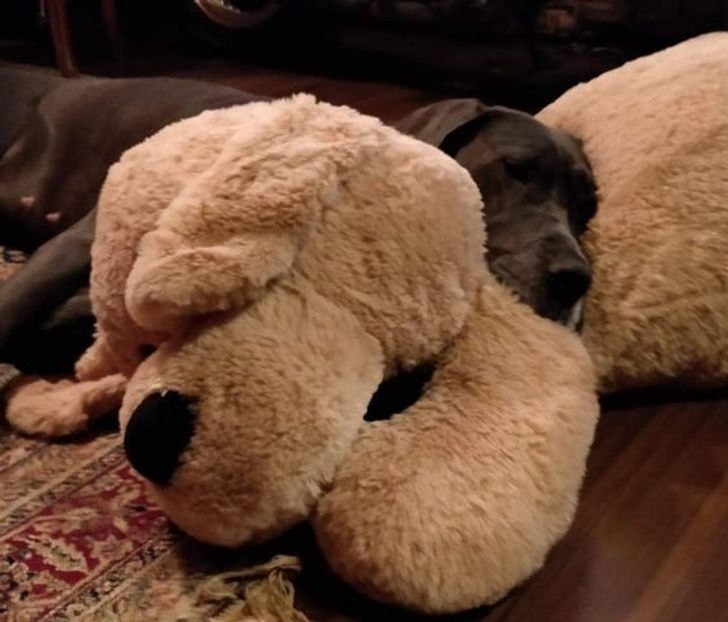 5. The cute thing is, they realize they are super big so they don’t put all their weight on their owners when sitting on them. They care. 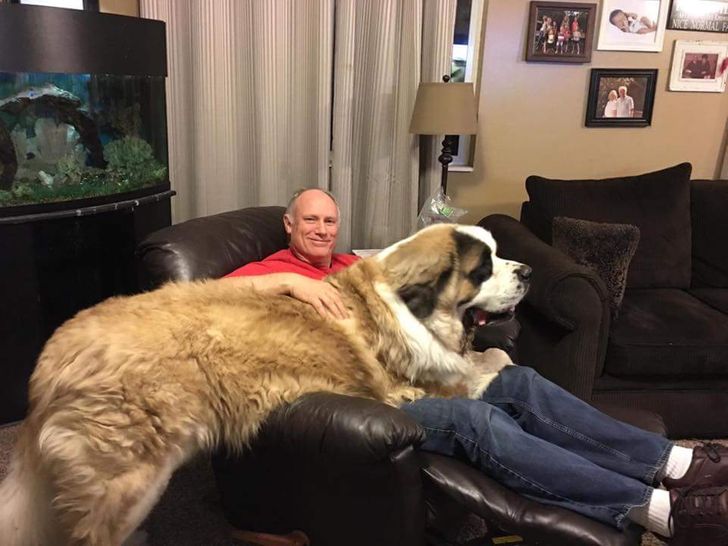 6. From waking up every day to a tiny little pup to a giant doggo. 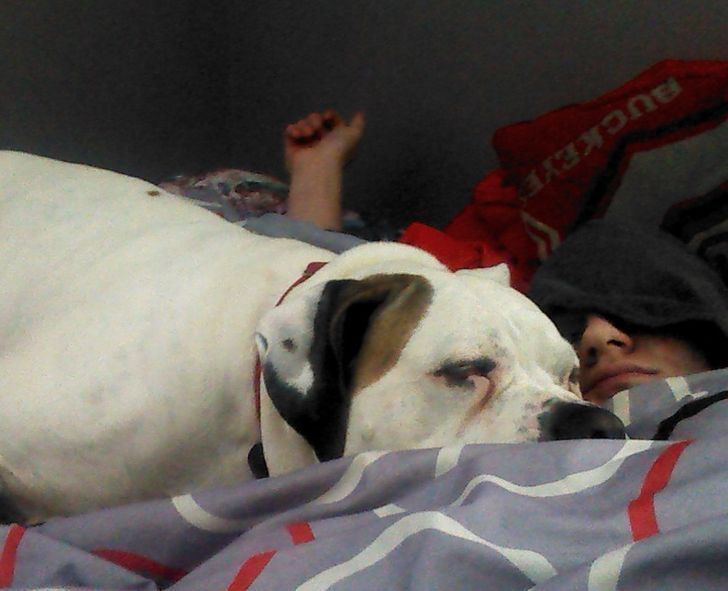 7. The Great Dane looks like she is a huge fan of hugs. 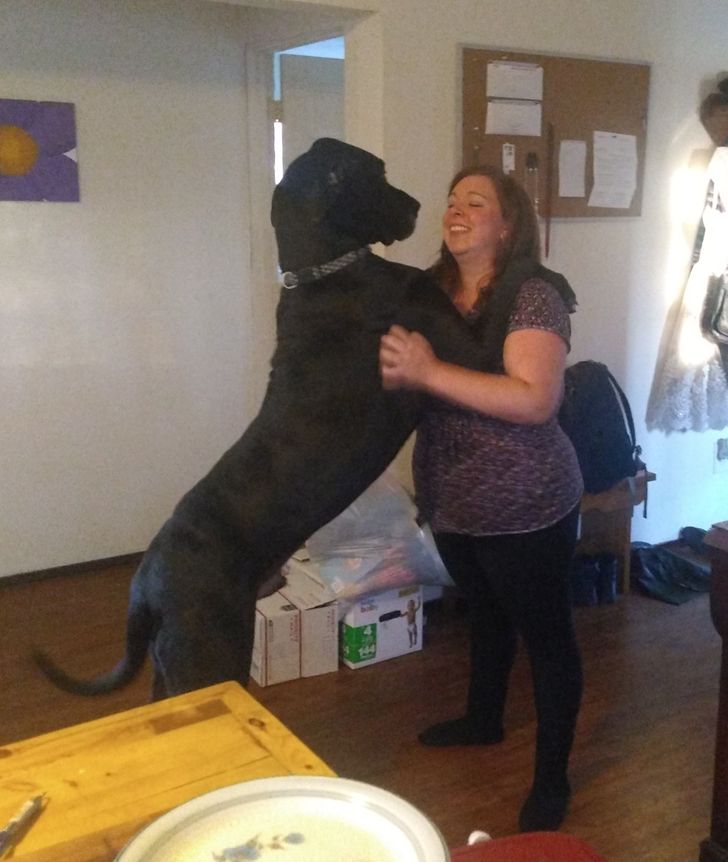 8. Some habits never change. Ever. 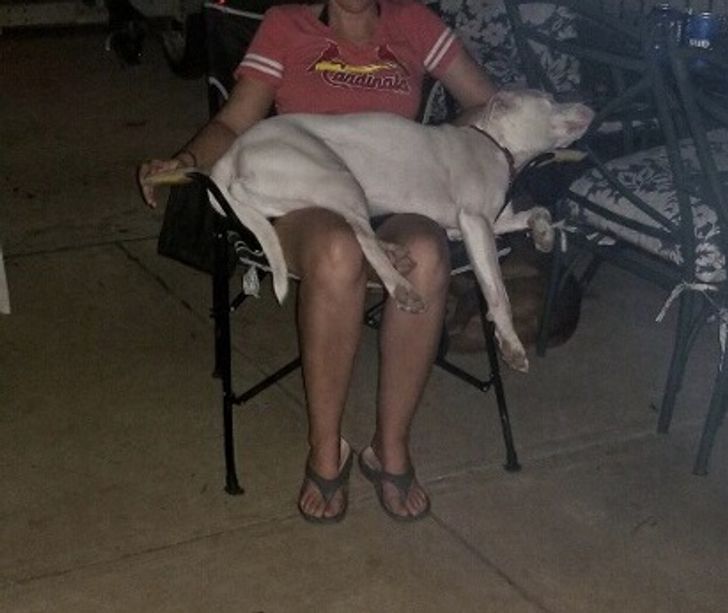 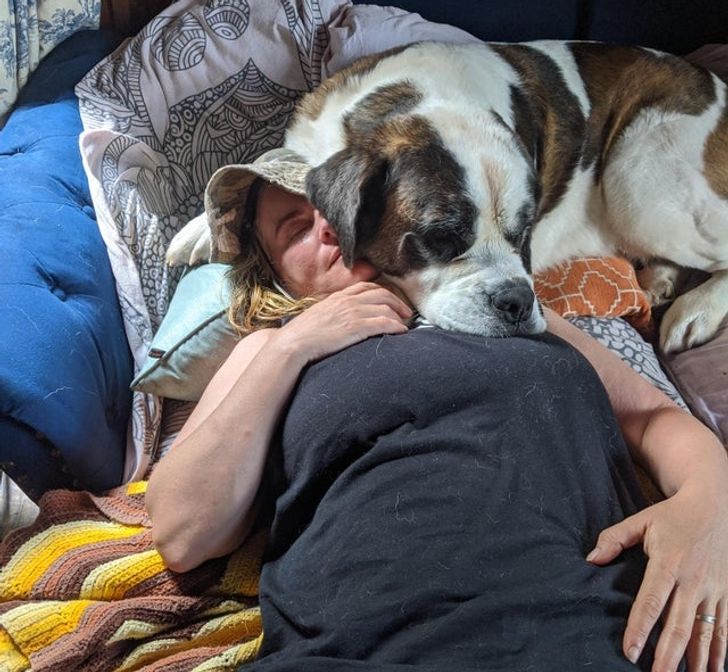 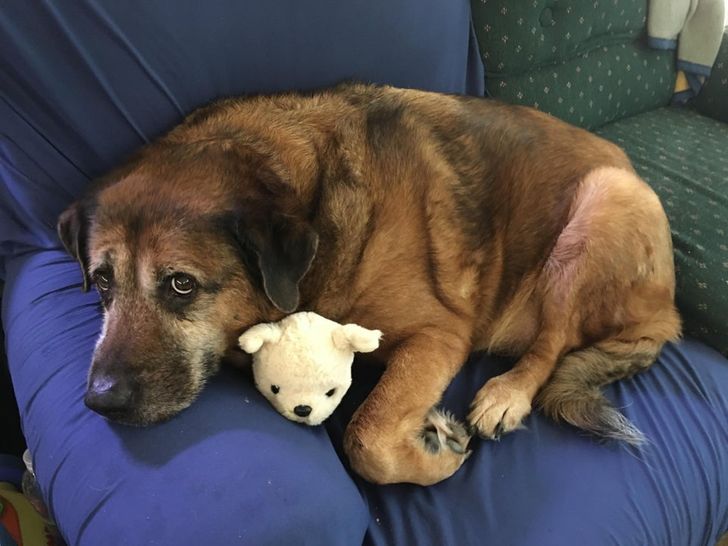 They all look so innocent and adorable. I really am starting t believe they have no idea how big they are. They are literally behaving like little babies and I absolutely love that about them. I hope they never change we love dogs for who they are and certainly can’t survive a single day without their goofy asses making us happy.

Scroll down to enjoy more pictures. 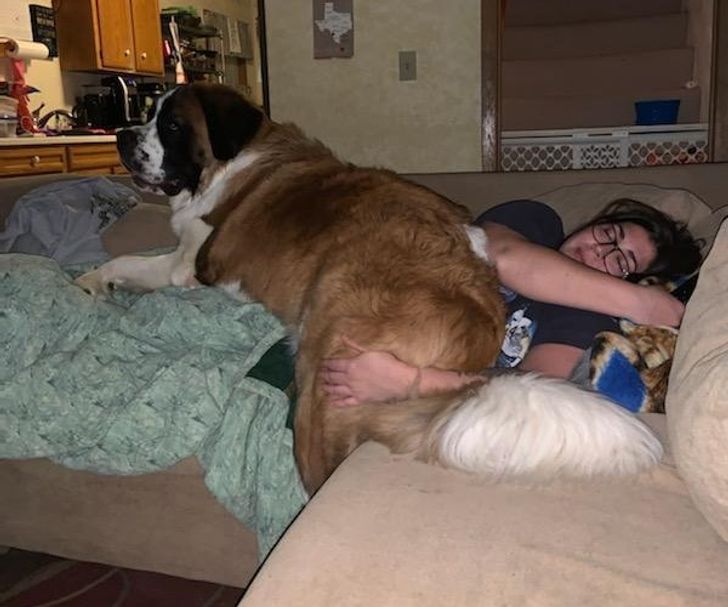 12. “When you fall asleep with the biggest toy you can stuff in your face stuffed into your face” 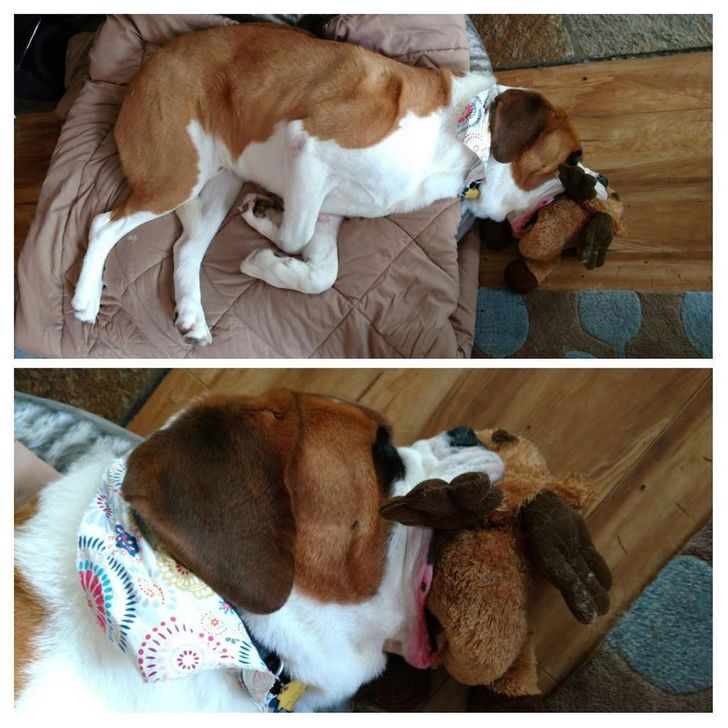 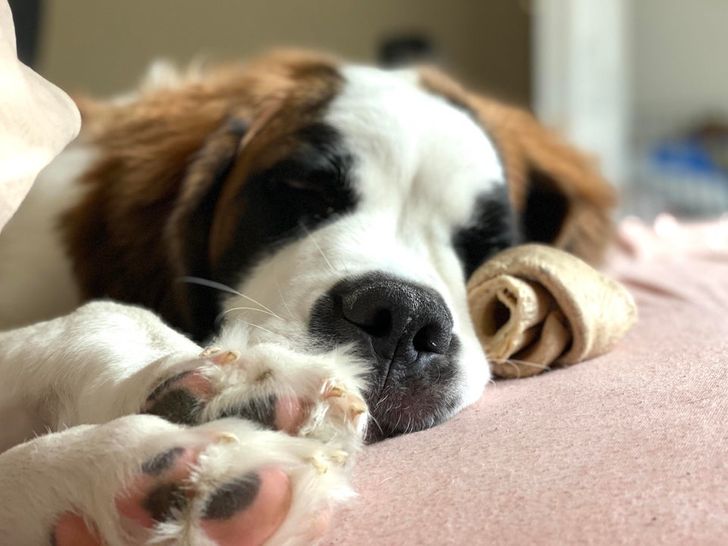 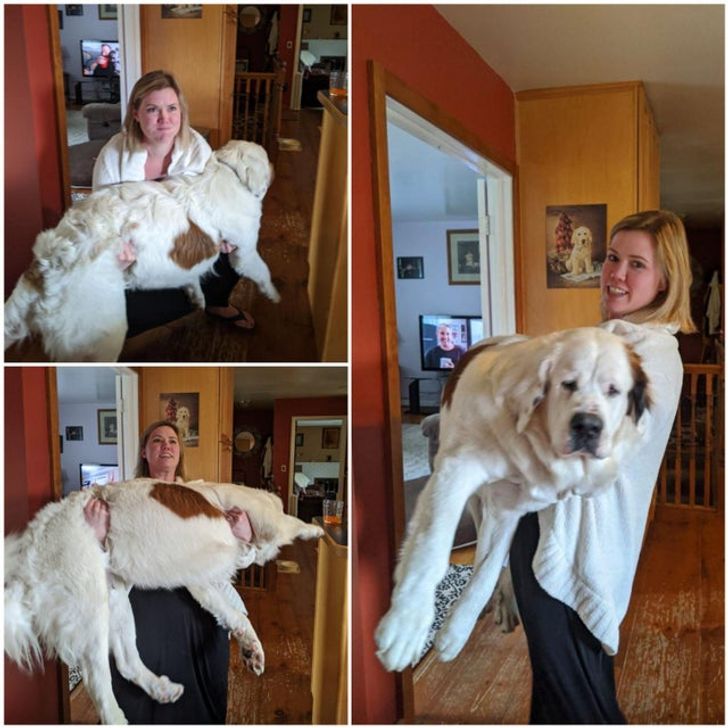 15. Way too much love in a single picture. 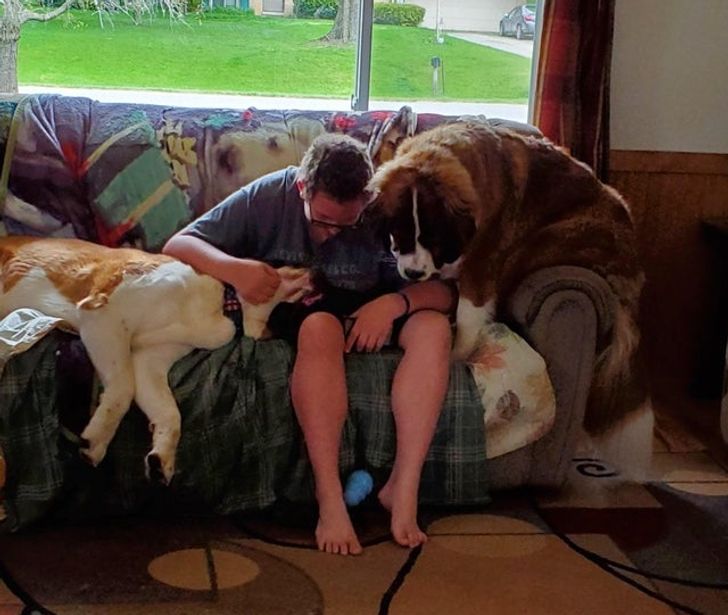 16. Bigger the size, the bigger the cravings to sit on the lap. 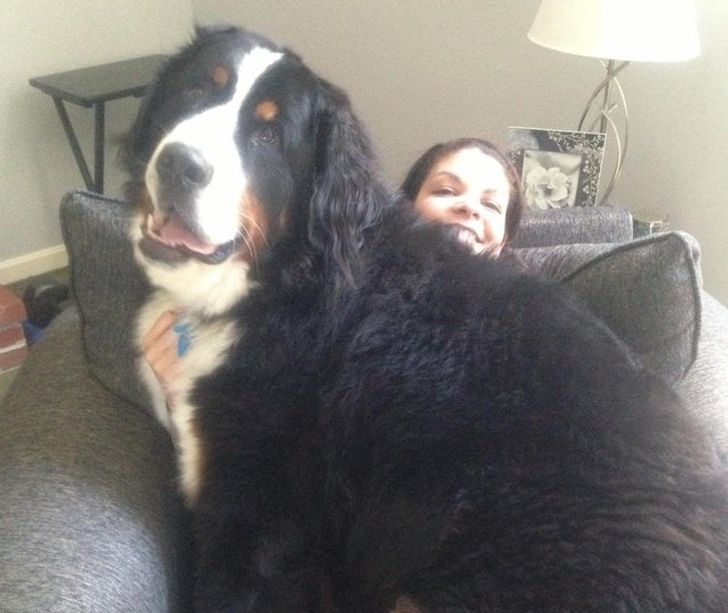 17. “My big, tough, manly dog insists on sleeping with a stuffed animal.” 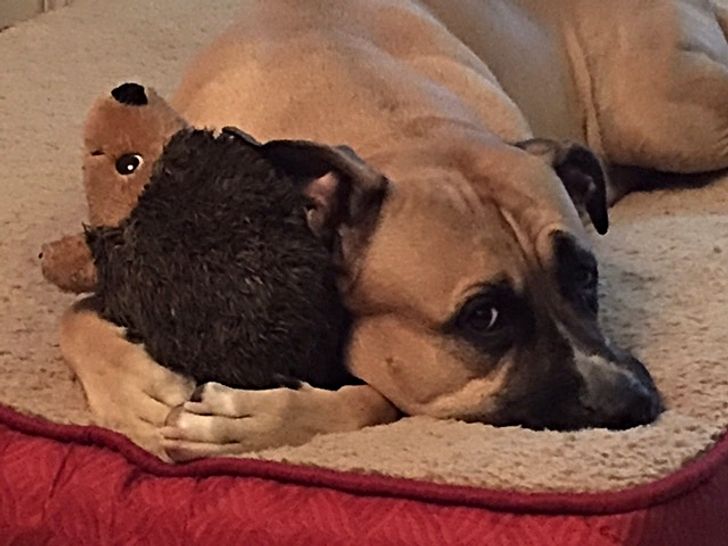 18. When there’s a thunderstorm outside and your big dog losses all its big. 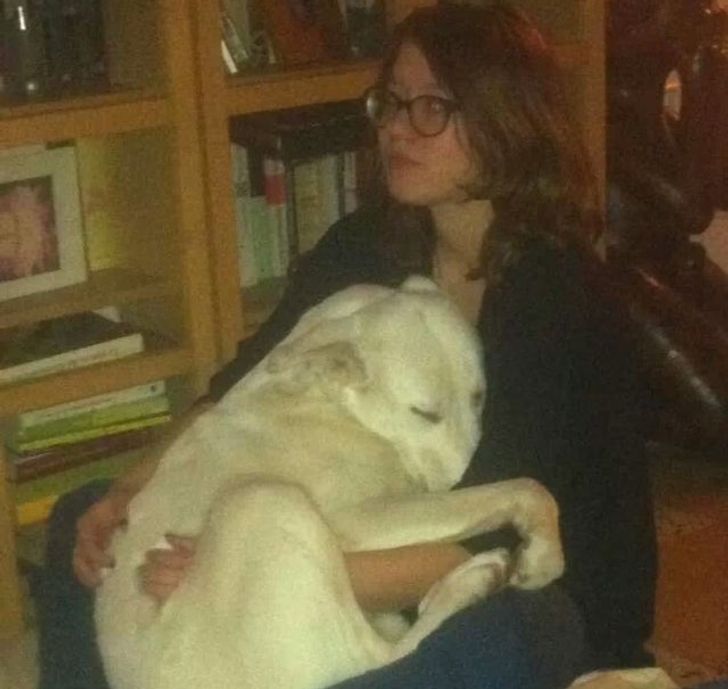 19. “Not sure if this is considered “aww” material, but I was sat at the table and this big girl decided to be a lap dog.” 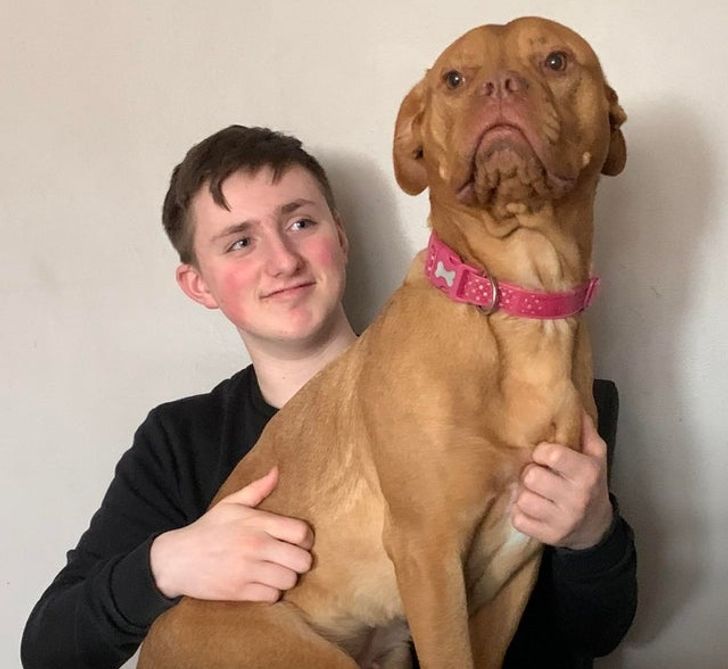 20. “My 3-legged dog who hates to be left behind, but can’t always keep up with the big kids. Also, didn’t want to leave his toy at home.” 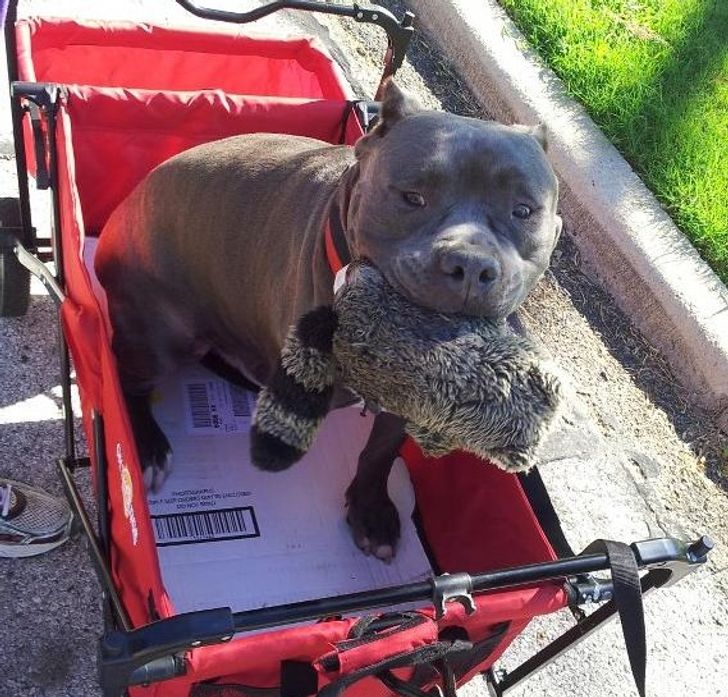 I really hope you guys enjoyed these cuties. Don’t forget to share your thoughts in the comments section down below. 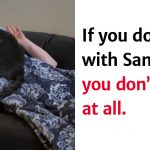 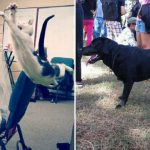 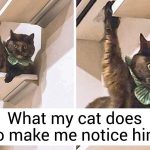 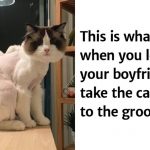 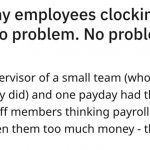