Some people really do not know how to mind their own business.

If your entertainment comes from poking your nose into other people’s business, please just do everybody, including yourself, a favour and find another hobby. Everybody despises terrible neighbours. Nobody wants to pay a fortune to get a new house only to find out that their neighbour is the worst kind of human being to exist. No matter how nice your house is, you will feel like you are living in hell if your neighbour gives you enough problems. Having a good and helpful neighbour is not very common. Usually, neighbours just like to stir up drama and cause inconveniences for everyone. They can be selfish and only think about themselves. Some people can be petty and bitter to the point that they could cause themselves harm just so their neighbours would not have a good time. Loud music or parties are not even the biggest problems anymore. Some neighbours just want to make you miserable. It is almost like they feed off of it. We do not understand how anybody could sleep at night knowing they purposely made someone’s day miserable, but the world is full of evil people. Sometimes we have to get used to it, but in extreme cases, we have to test our wits and teach them a lesson so they would back off for good. That is how you put a neighbour feud to an end.

Just like this person did. They had a neighbour whose mulberry tree was ruining their backyard. They had mulberry stains and bird poop everywhere. Even their sunlight was getting blocked by the tree. The neighbour had a bad habit of eavesdropping, so the person fed them lies until it drove the neighbour to cut down their own tree. Scroll down below to read the whole story.

OP started their story by telling that the neighbour had problems with them since the start. They listed down a lot of instances that caused issues between them. 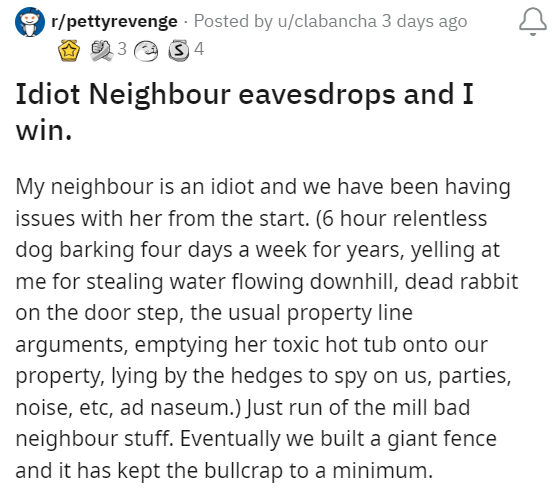 OP explained how many trees they had in their backyard and the mature mulberry tree of their neighbour that hung over their fence. 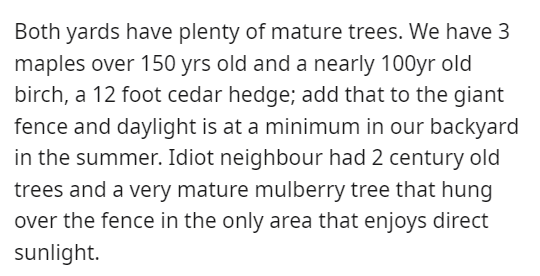 The mulberry tree would create a huge mess in OP’s backyard. They could not even step anywhere without crushing some berries, ruining their light grey patio. On top of all that, there would be purple bird poop everywhere as the birds would feed on the berries. 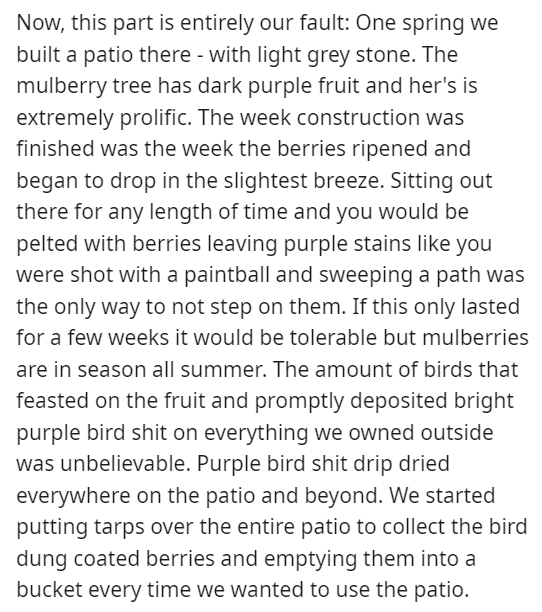 So OP started lying about making wine from the mulberry tree, knowing that their neighbour was eavesdropping. 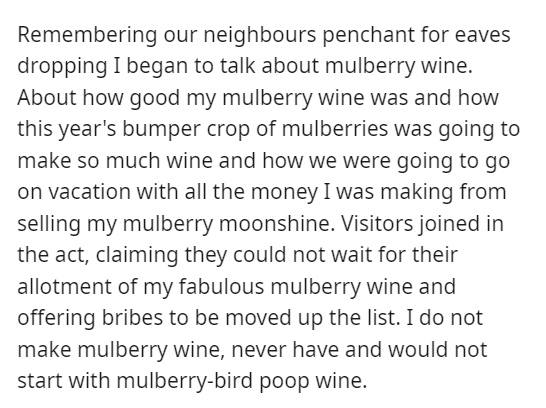 The psychotic neighbour actually ended up cutting down their mulberry tree. 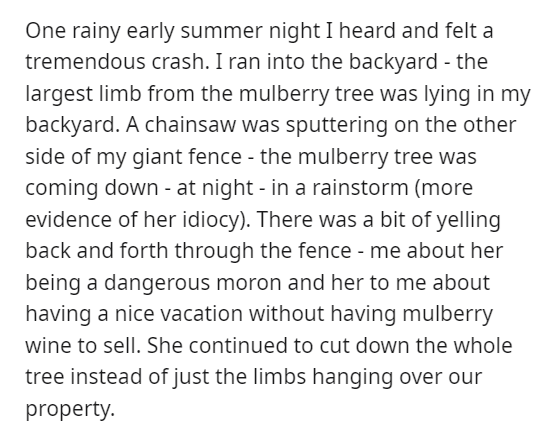 The neighbour lost the rest of their trees later in a storm as well. They were left with no trees in their backyard. 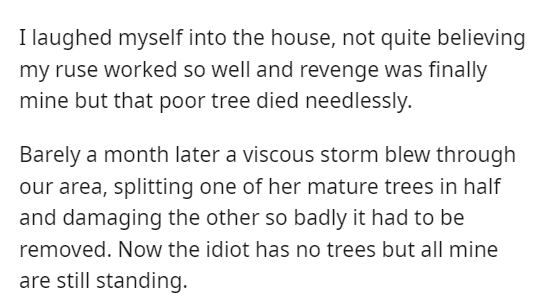 If someone can be this petty and bitter, they deserve to lose all their trees. Now, I feel bad for the poor tree getting cut down. But this neighbour really lost all their senses. Who could hate someone so much that they would cause damage to their own backyard? This was just baffling. 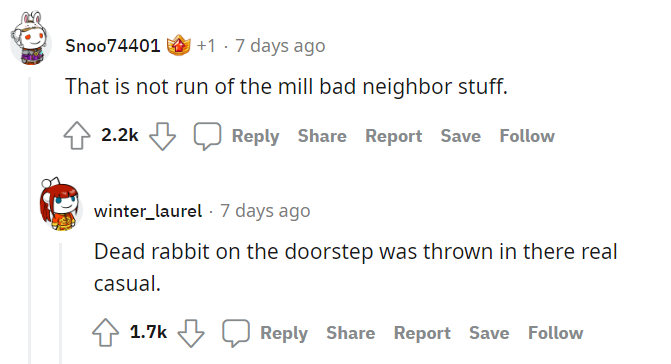 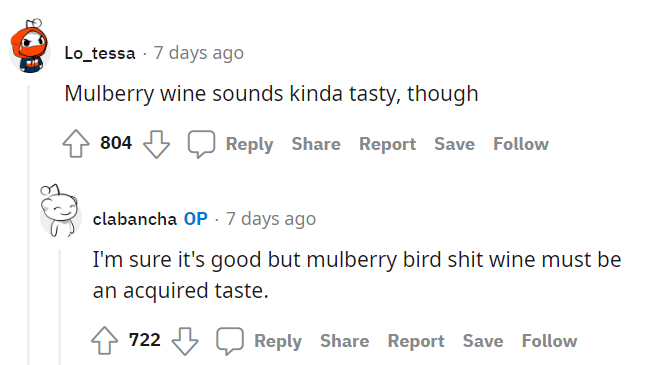 What would you have done in a situation like this? Do you have any neighbours from hell? Share your stories with us in the comments below.