I will never be able to understand bosses that try to step on their own employees.

Do they really think belittling or insulting someone is going to make them more productive in the future? If anything, it would make them more annoyed, and they would try their best to cheat the system and slack off at work as much as they can without getting caught. Having a toxic work environment can really affect productivity. Nobody wants to wake up early and go to a job where they are not even appreciated and the boss is always out to get them. Hearing insults whenever they mess up or being told that they will get paid less will only lower the employee morale. If you think someone is messing up at work, try some positive reinforcement. Figure out what problems they are facing and try to work it out together. If the employee sees that you are being helpful and cooperative, they will want to work with you and improve themselves for the betterment of the company. However, if they just think that their boss sees them as an idiot, they will make sure they act like an idiot. That might not be true in all cases, but it could be said so for most.

This story about a supervisor had gone viral on Reddit. The supervisor was being bugged by a micromanaging manager who was really bothered by an employee coming in a couple of minutes late. The manager asked the supervisor to keep an eye on the clock cards and notice the time employees clock in and clock out. This resulted in the company having to give a massive payout, and the manager immediately regretted it. It was a win-win story for everybody else involved. Scroll down below to read the details of the story.

Some of their employees were getting paid more than they normally did. The manager caught one of them coming in 5 minutes late and asked the supervisor to check their clock cards, so they could cut out any time that they weren’t clocked in and decrease their payment. 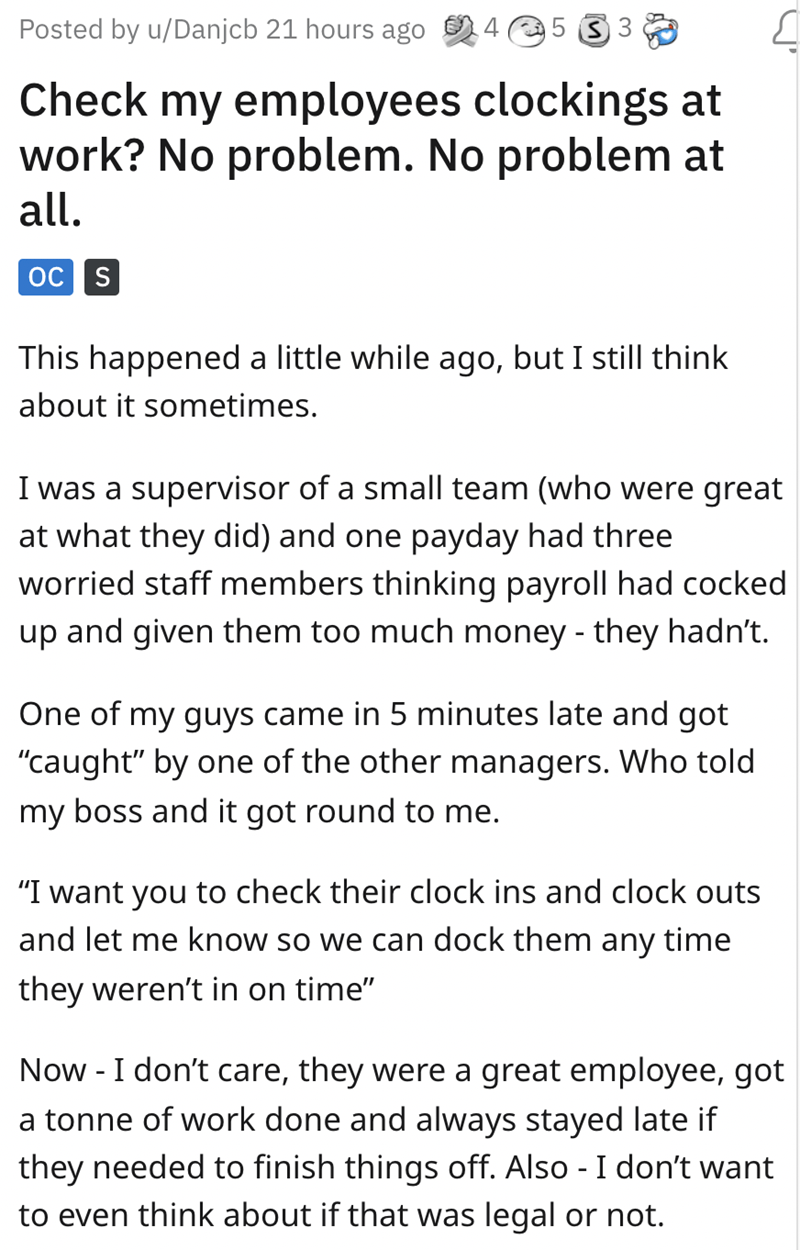 The supervisor wasn’t having of it. They checked all the clock cards of the employees and added up all their overtime and sent it to the finance department. This meant that their payment would increase from 1.5 times to 2 times the normal payment. 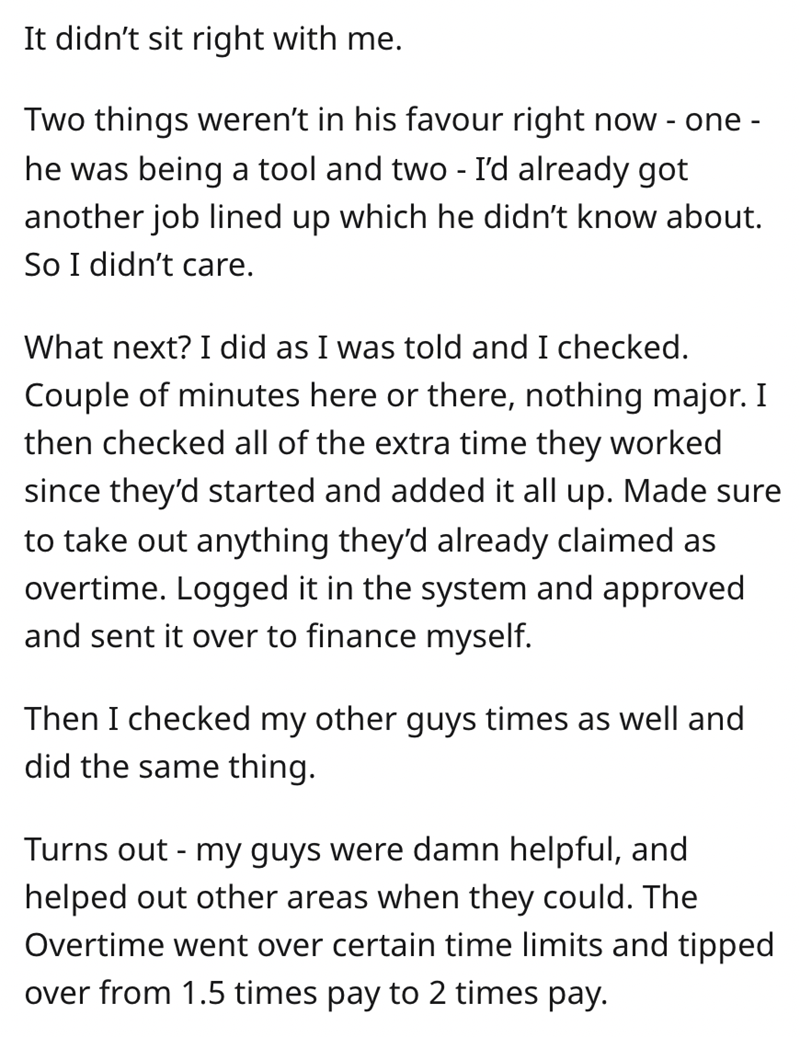 The manager was obviously not happy about it, but there wasn’t much he could do. 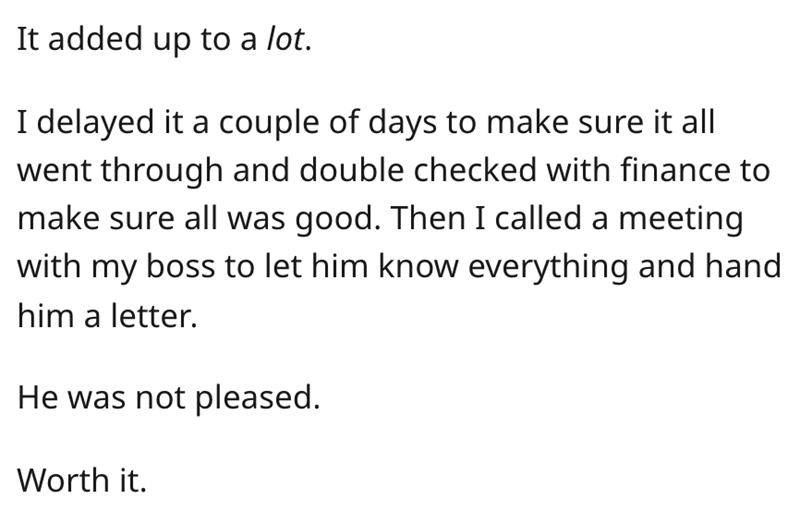 Now, this is the perfect story about malicious compliance. It is not like the supervisor did something on his own. He just did what the manager asked him to do. It was not his fault that it came back to bite the manager in the back. Karma is sweet, and it comes for everyone. 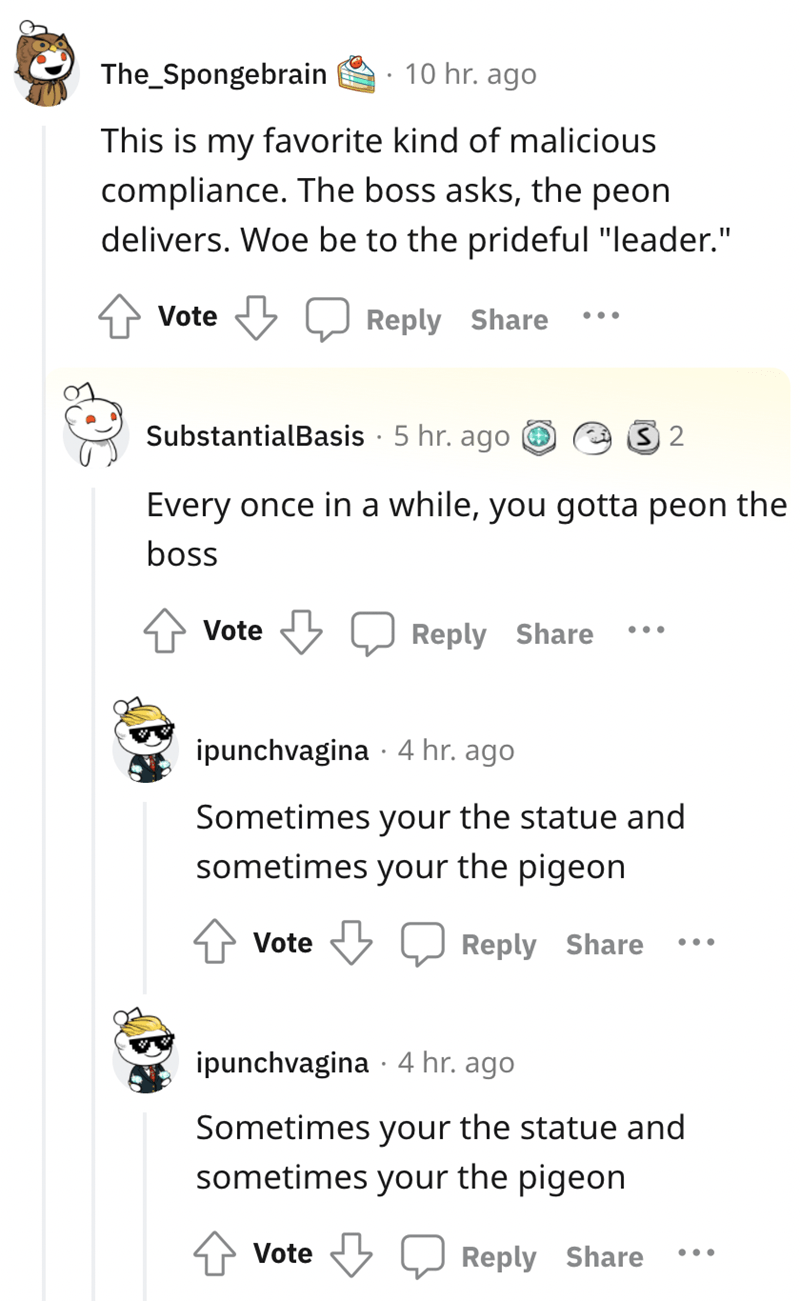 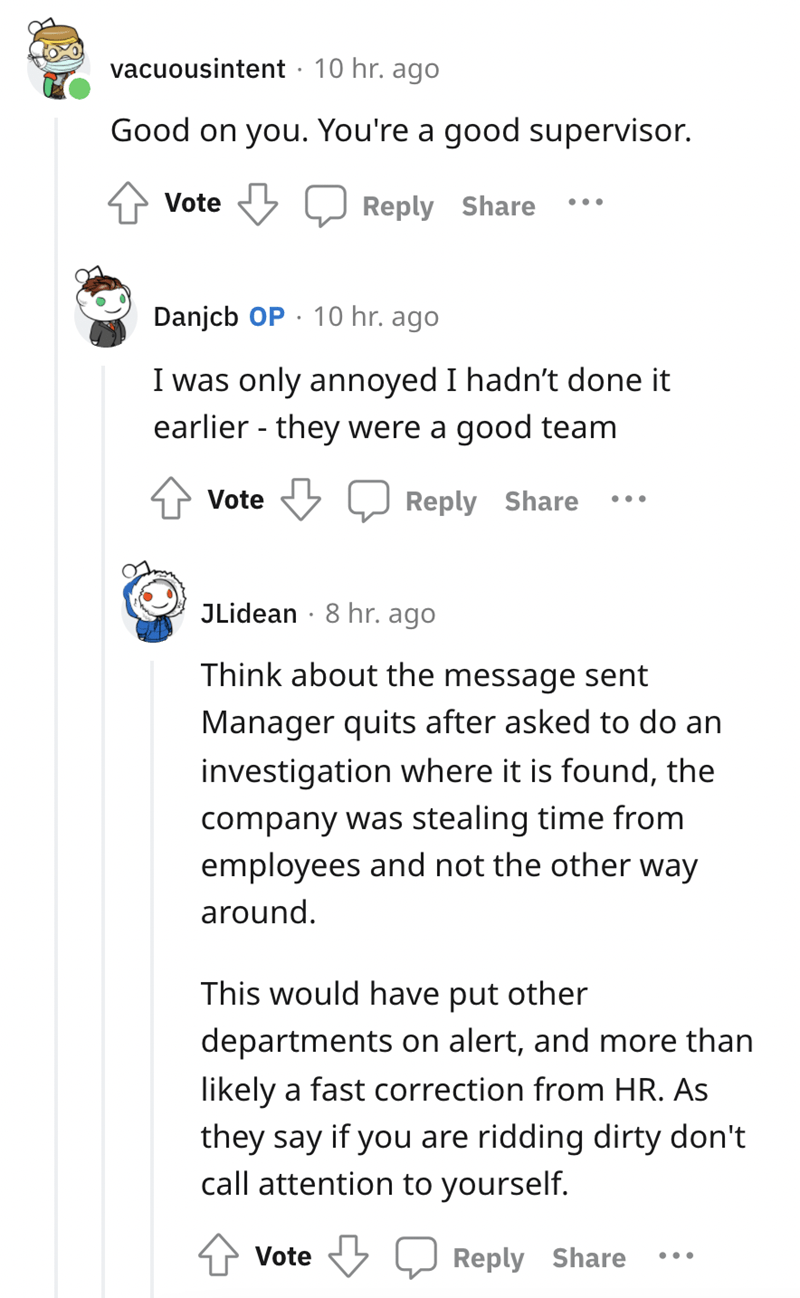 Some people shared their own stories. 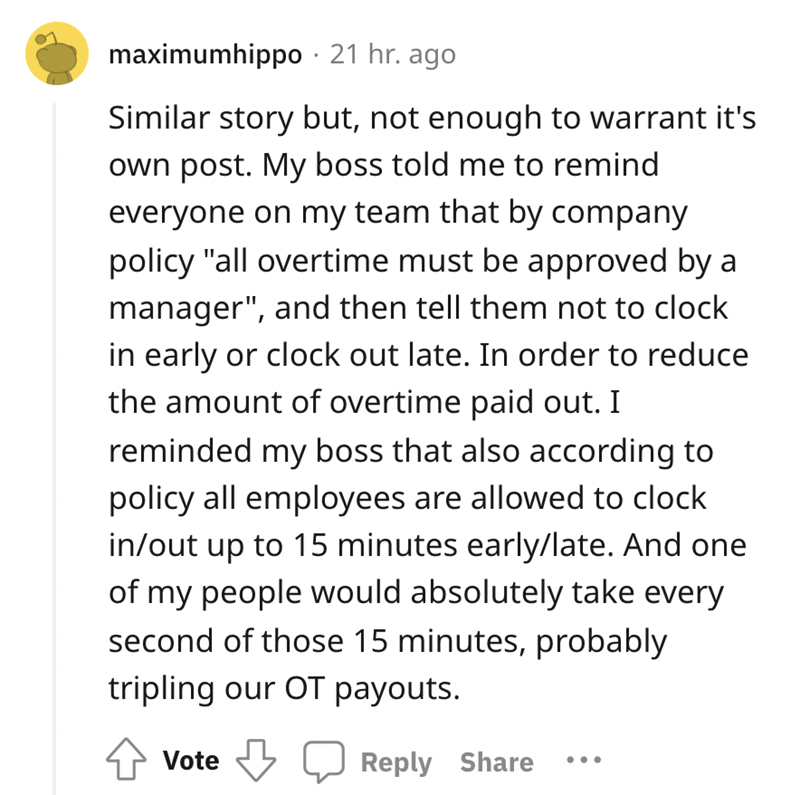 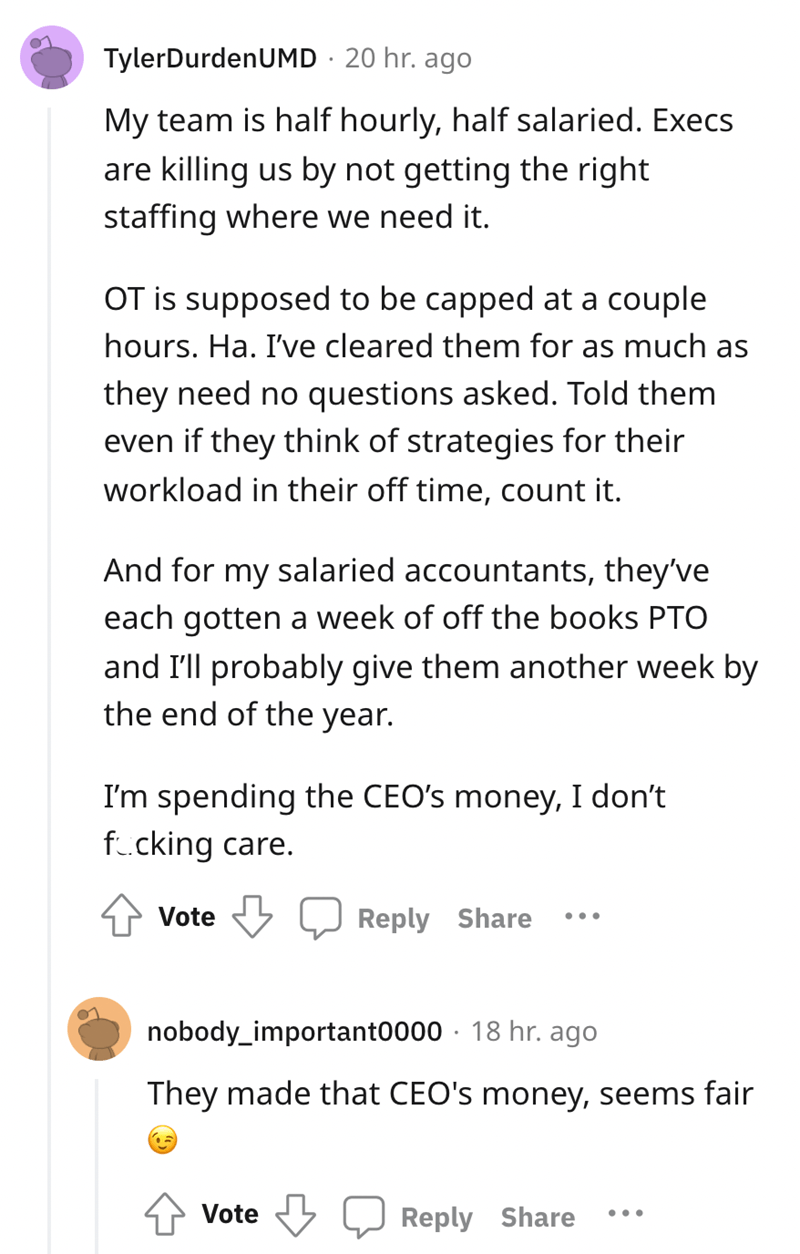 Everybody got what they deserved. 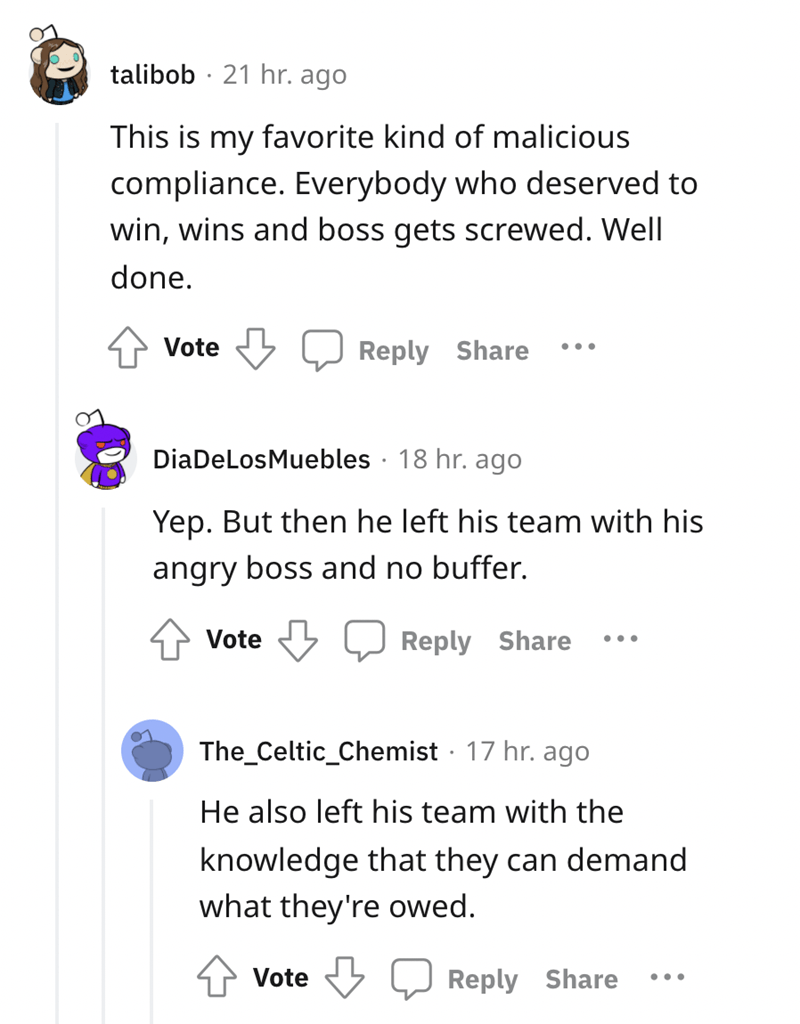 This is the perfect definition of micromanaging. 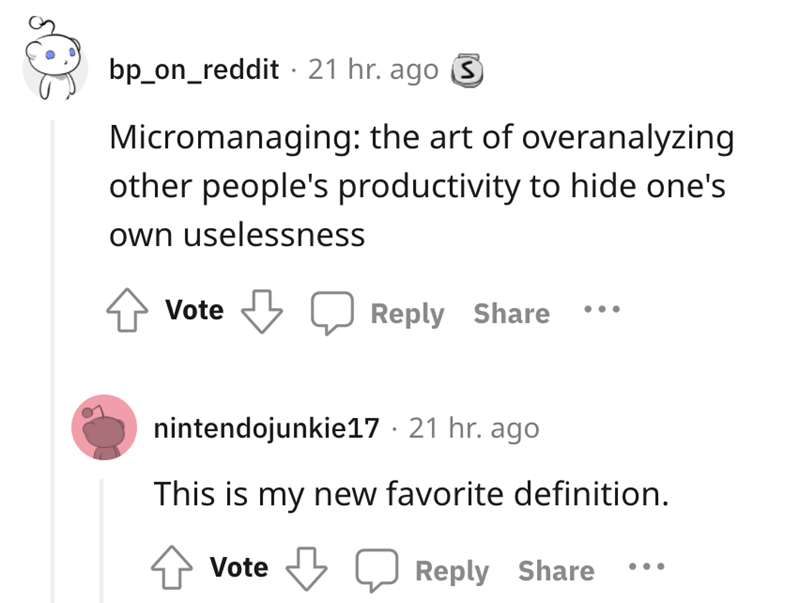 Do you think the boss got what he deserved? Let us know in the comments below.