Everyone is fighting a personal battle.

Most physical problems are evident when you first take a look but mental health issues are never apparent until it is too late. That is why it is necessary for companies to pay close attention to this sort of thing. However, many people don’t believe that it is a real thing and dismiss their employees if they ask for a break. Burnout is a real thing that many of us face. It feels like it is never enough even if we are doing our best.

You don’t want to even get up from bed or do the things you usually liked to do. One has to push themselves to the extreme to even get the simplest tasks of their job done when they used to do the same things quite easily. That is why it is necessary for higher-ups to recognize this struggle and give appropriate concessions where possible. As you can see below, they didn’t want to give this employee the break they so desperately needed so they complied with what the company asked.

Some jobs may look easy from the outside but can be mentally exhausting for an individual. 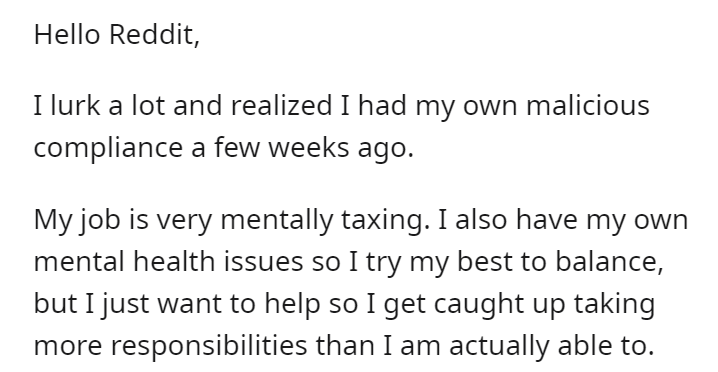 They asked for only three days for themselves and communicated this to their supervisor. 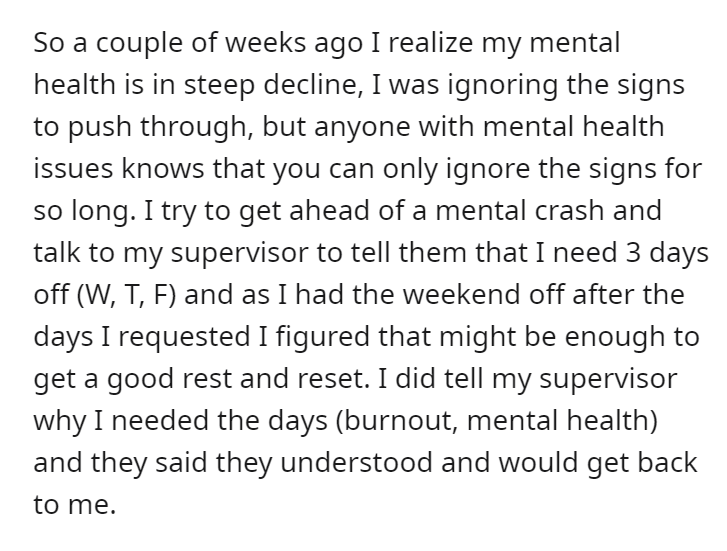 However, they apparently didn’t listen to what they were saying and asked them to come back. 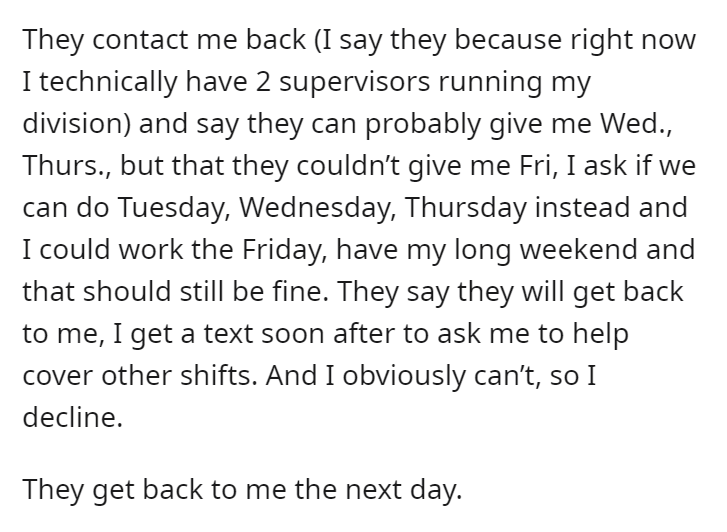 This obviously only made things worse for their mental health. 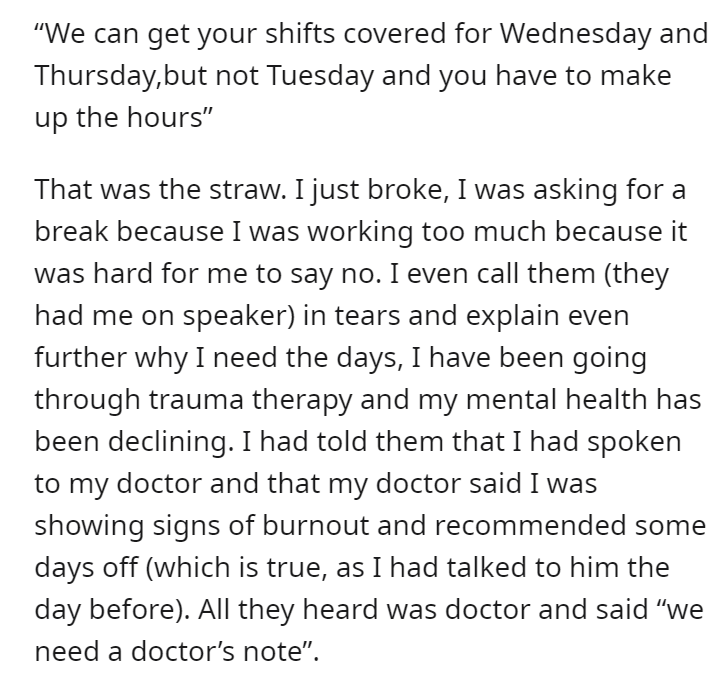 If the doctor’s note is what the company wanted, they would give them exactly that. 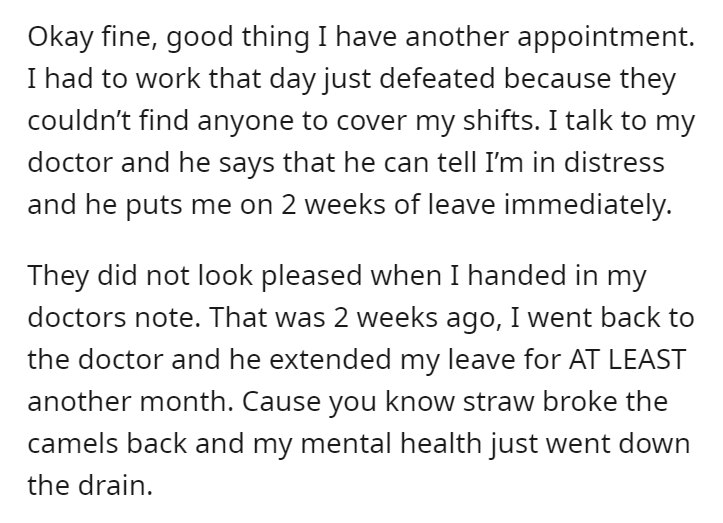 What started as only three days turned into more than a month.

Eh, to be fair to them, if someone asked me for a few days I would try to accommodate them but I still need to cover shifts without messing around with other people too much. However, if there is a doctor involved then I can do more to get the time off with a note.

My hands are fairly tied by policy, so the note helps. Just not sure the supervisors are necessarily the bad guys here. –Aether_Breeze

The most important thing is that they are focusing on themself now and that is all that matters. 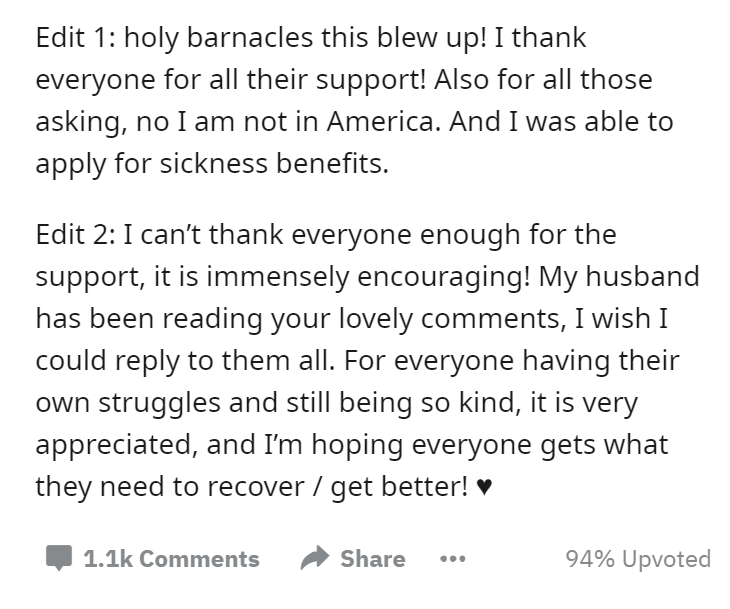 They should have listened in the first place. 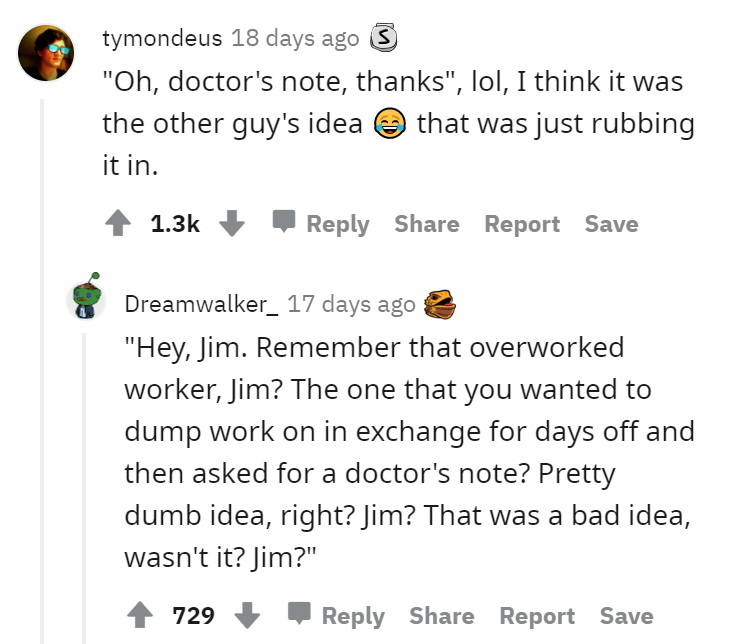 Some comments even advised on what to do next. 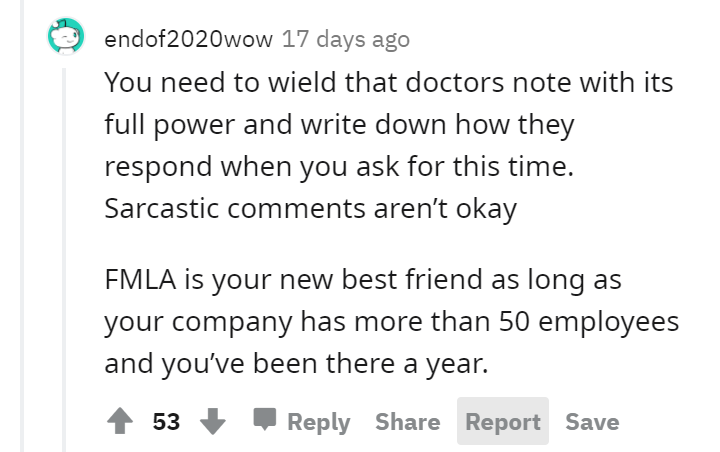 All of this could have been prevented but they apparently wanted an escalation. 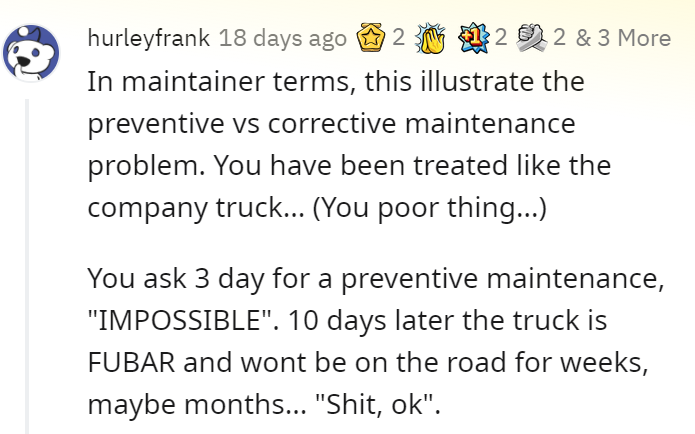 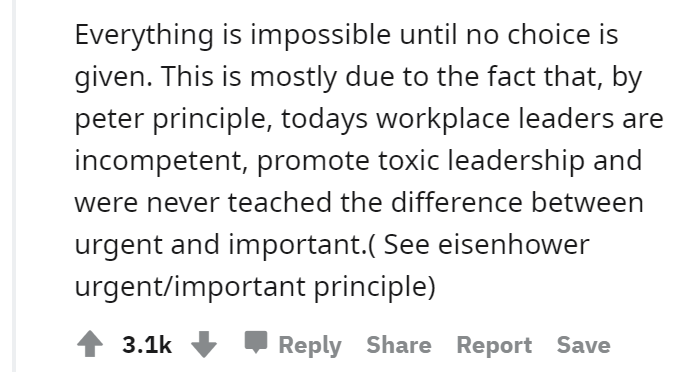 Every word of this is true and should be read and absorbed by bosses and employees alike.

What good does it do the company to run your best employees into the ground, anyway, instead of supporting them to lift your company to new heights? It’s a recipe for mediocrity and don’t-care-not-my-job employees. –Mrs-and-Mrs-Atelier

Has something similar ever happened to you? If so how did you deal with it? Comment down below and let us know.