Not everyone takes allergies seriously.

When someone says that they are allergic to something, most people don’t take them seriously until they swell up and have to be taken to a hospital. But Allergies are more common than you may think. Most people are allergic to something even though they may not find out since it may not be as severe. Some people might just experience a little bit of redness or an upset stomach over an allergy so most of the time, it passes our radar.

However, others can have severe reactions like rashes, trouble breathing, or even non-stop migraines. And surprisingly one of the most common allergens is pet furs. I know this surprised me since so many people have pets nowadays but evidently, a lot of humans suffer from pet allergies. It can be as simple as a runny nose while others get a migraine just from the smell of dogs. I know there are hypoallergenic dogs out there but I don’t think that can help with the smell or the drool.

So when this employee wanted everyone to stop bringing their dogs to the workplace because of her allergy, people were not happy. This led her to ask the Internet for help. You can read the whole story by scrolling below.

The title is a bit more simple than the situation.

She goes back to when the quarantine was happening and everyone was working from home. 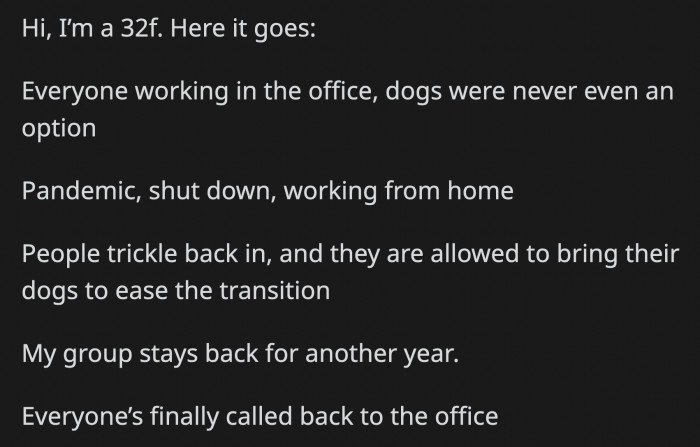 But when things finally started to go back to normal, things got worse for her. 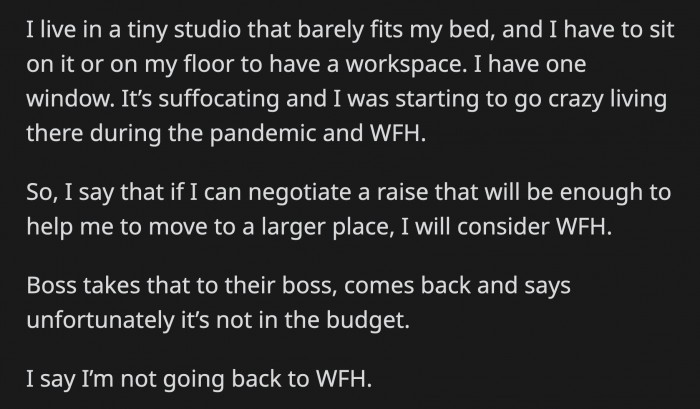 When things don’t get better for her, the boss has to ban everyone from bringing their dogs to the office. 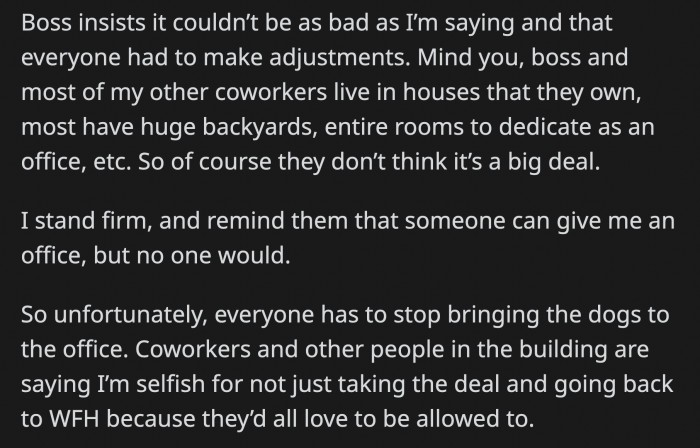 Coworkers have tried to ‘reason’ with her.

But there really doesn’t seem to be a perfect solution here.

I honestly feel quite bad for her since she clearly doesn’t want to be in this situation but she can’t really stop her allergies. And while I do understand where all the other employees are coming from, they are also being a bit harsh. This is actually quite a complicated situation to be in and I can’t really form an opinion on who is right and who is the wrong one in this particular situation. I just hope it all works out in the end.

People in the comments were generally empathetic towards her plight.

She has been dealing with this for a long time. 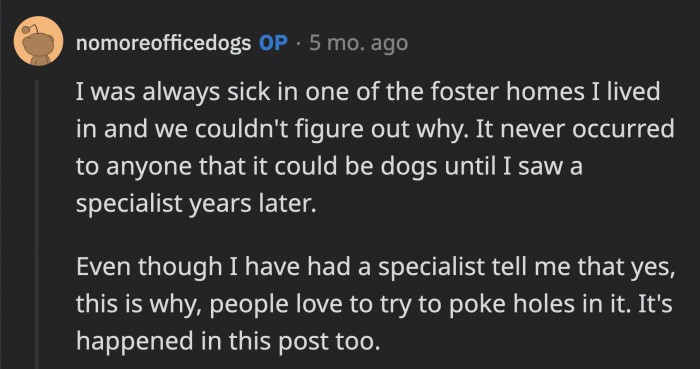 There were also some people who wanted more information.

But she wasn’t really comfortable doing that.

Some people even advised her to find a new job because of the hostile work environment.

But she isn’t in a situation where she can do that.

While a lot of people love dogs.

Not everyone wants dogs in the workplace which is perfectly fine.

There were also a few people who called her out.

It does seem like she is in a complicated situation. 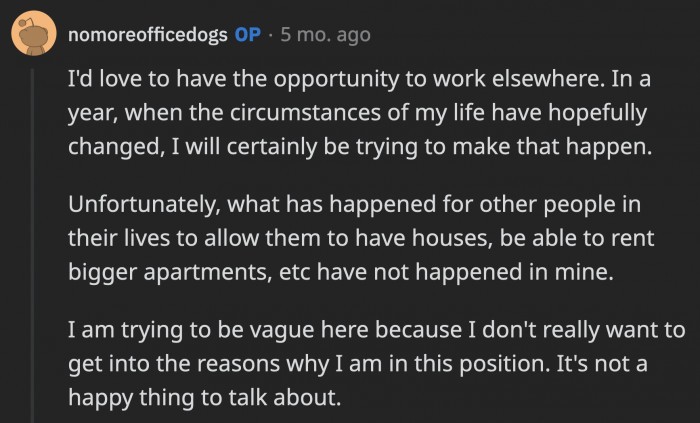 And she is trying her best.

Her future doesn’t seem to be with this company. 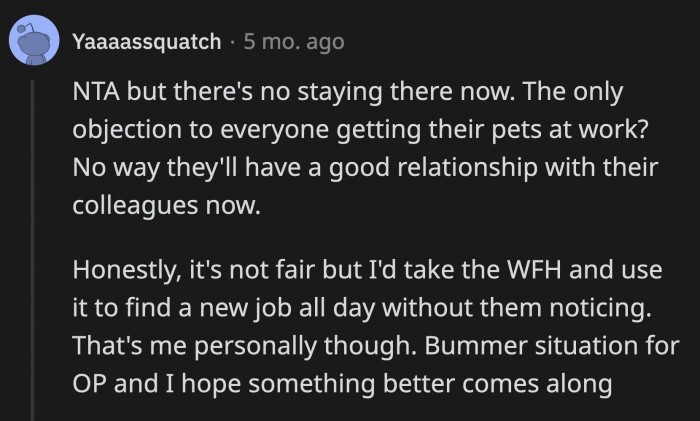 But we can all hope that things work out for her.

What are your thoughts on this instance? Do you think she should have just sucked it up and worked from home? Or do you think she has the right not to deal with constant migraines while at work? How would you feel if your coworker stopped you from bringing your dog to work? Comment down below and let us know. Also, don’t forget to share this story with all the dog lovers out there so they can join in the discussion as well.