There is nothing wrong with asking your company for a pay raise but one should follow the right steps to get the pay raise.

We are all for the pay raises and appreciate people who know their worth, dare to get up, go to their bosses and demand a pay raise. Simply because they know they are working their asses off, they are putting in the extra effort and they deserve to be paid more. What if you are not putting in any extra effort and demand for a pay raise? Do you really think it’s justifiable? Well, it’s not but some people think they should be given a high salary while doing minimal work? Here, we have a similar story. A senior manager had a subordinate who was given a 2% pay raise but was not happy with his salary yet. He demanded a 10% pay raise but the senior manager refused his request and told him to prove why he is worthy of the pay raise but the subordinate decided to resign. Scroll down to read what happened next.

1. OP (33F) is a senior manager at the company. She accepted the resignation of one of his staff members (29M) who was not happy with the 2% pay raise. 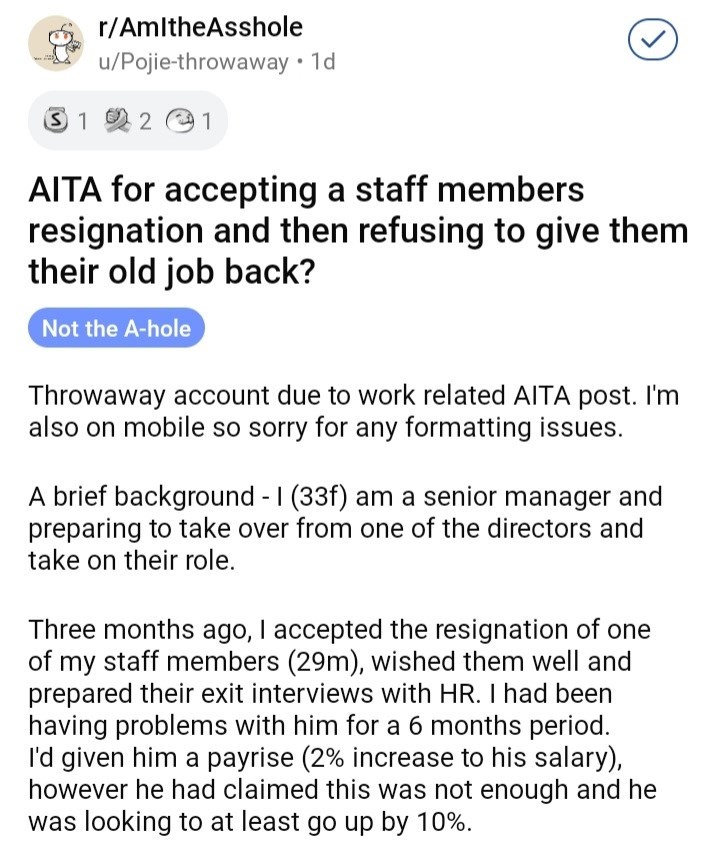 2. The staff member started posting negative reviews anonymously about the company. He also started doing minimal work as the company did not raise his salary by more than 2%. 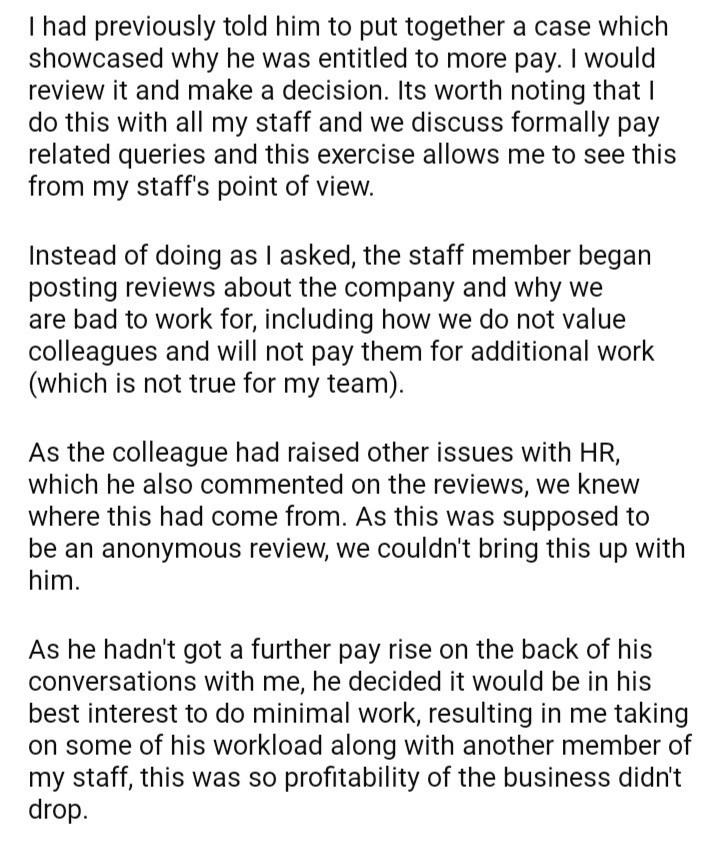 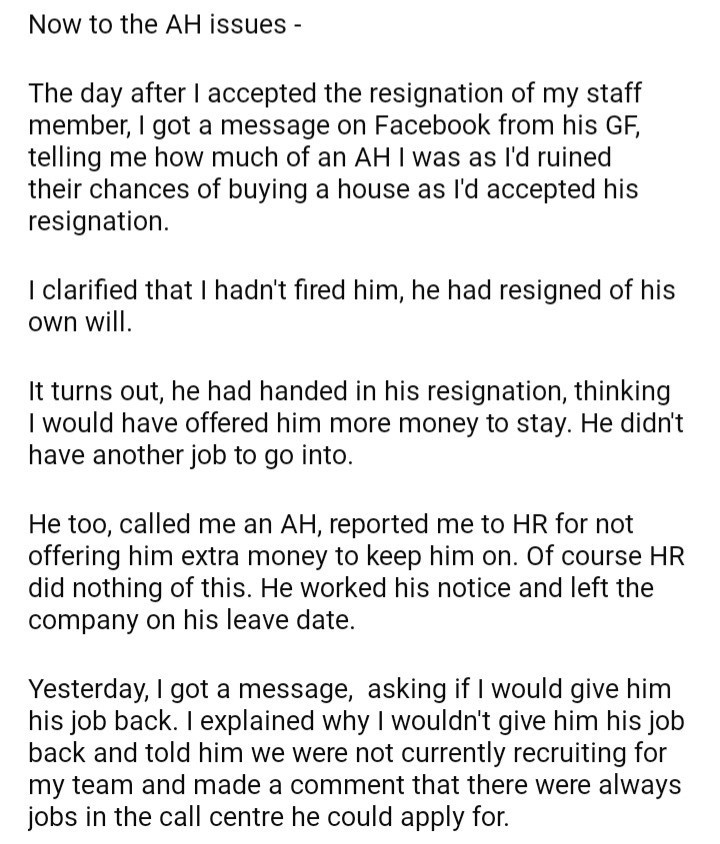 Did anyone spot a choosing beggar here?

4. Is OP the AH for not accepting his request to give him the job again? 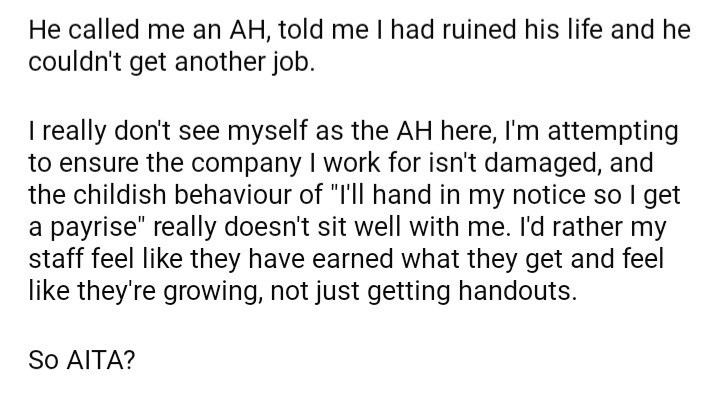 There are some companies that give recognition to their employees but you can’t expect this everywhere. Well, wherever you go or wherever you work, you should prove yourself. You can’t just sit and expect the other person to give you a pay raise without keeping your point. The senior manager told him to put a case a prove why he was entitled to a pay raise. He should have at least tried it once and then resign from the job. Why cry later? It is highly unprofessional and childish. Scroll down to read what people think about the situation.

5. NTA, OP had equity and inflation both in mind. 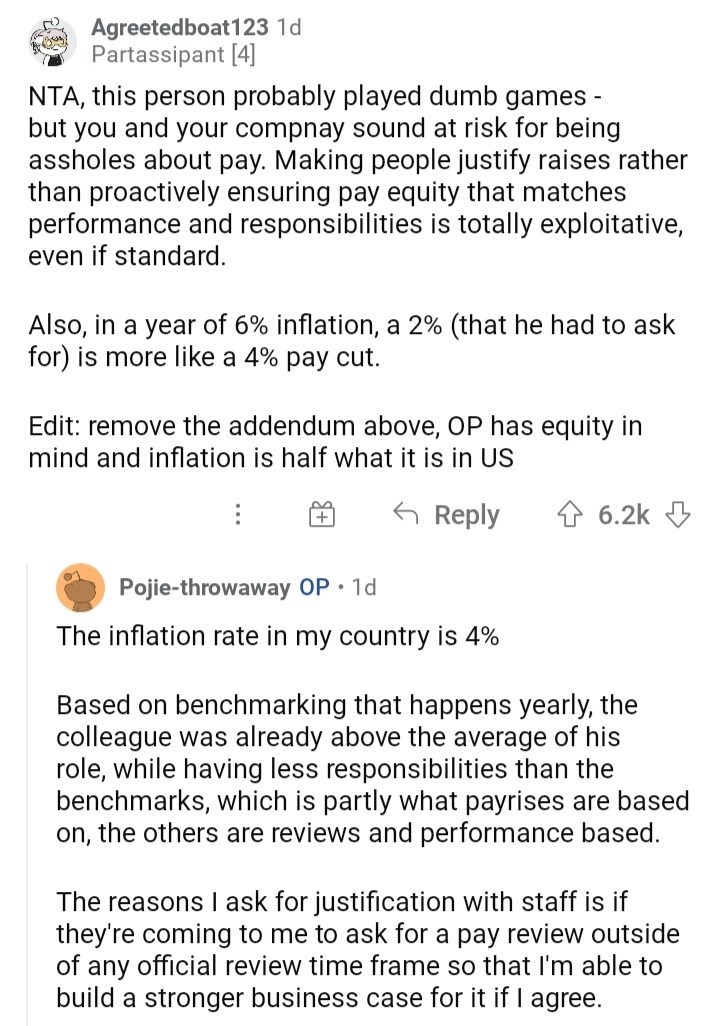 6. OP’s social media was hounded by his ex-staff member’s friends and family members who told him how pathetic he is and this is the reason why OP took it to Reddit. 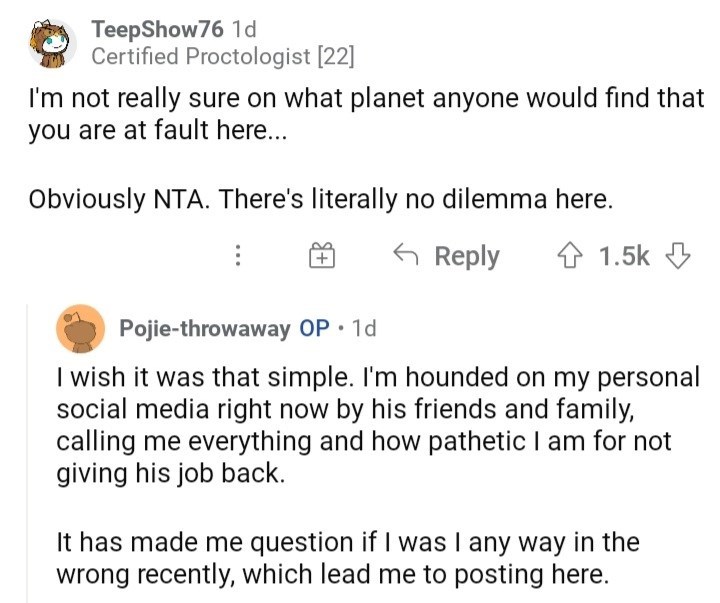 7. OP played games in the past and now his friends and family are harassing OP and making him feel guilty. It is clearly manipulation. 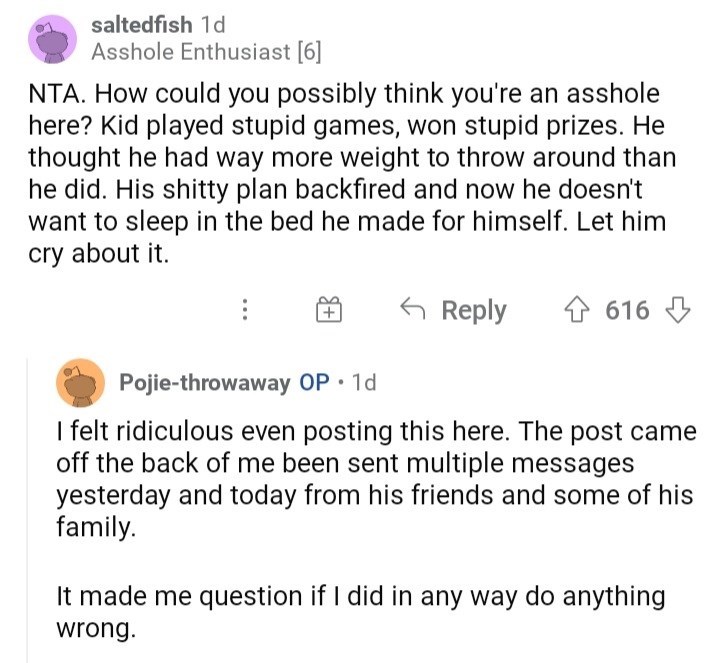 8. Leaving your job is not a ticket to more money. People, please stop thinking that. 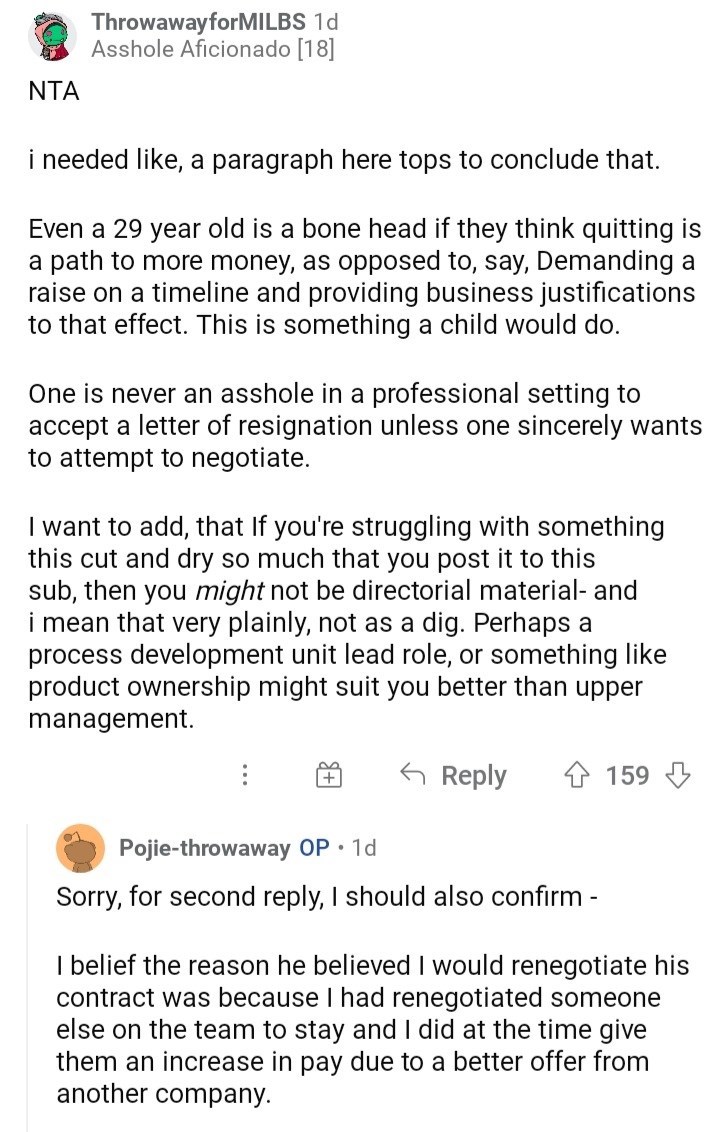 9. It’s middle school crap when you first resign, the manager accepts your resignation and then you cry about it. 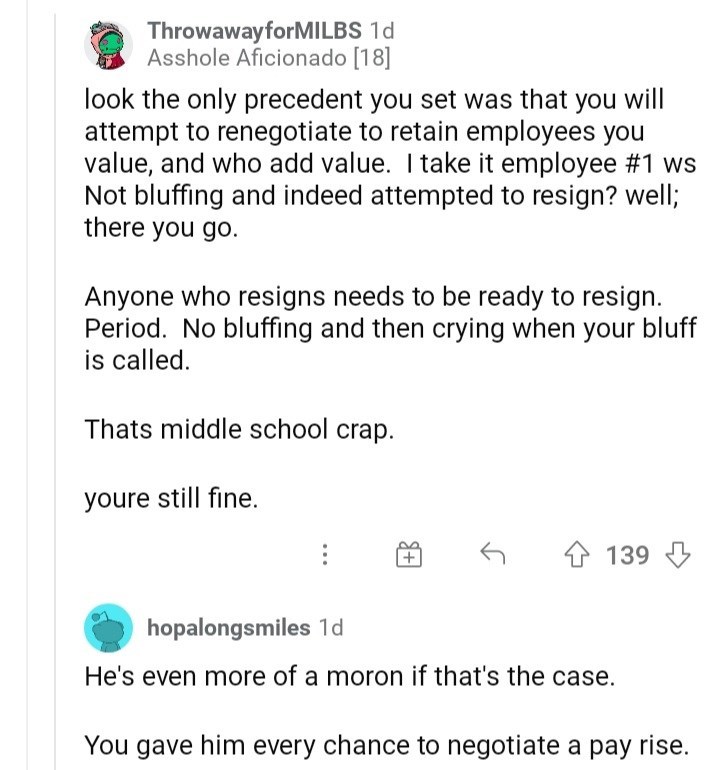 10. There is nothing wrong with people asking for a pay raise but one should do it the right way. 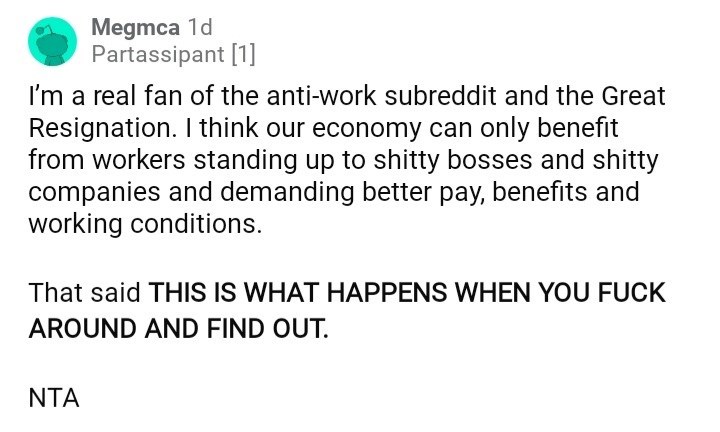 An employee has the right to ask for a pay raise but we don’t see OP as the AH here because OP has justified whatever he did but his subordinate made him feel guilty by sending him texts from his family and friends. How ridiculous do you have to get to do this? Well, what do you think? Who is the AH here? OP or the sub-ordinate? Comment down to let us know your thoughts?