Every day we get to hear such strange and unusual stories, the internet is full of that. Some are really entertaining and some really mess with our minds with the weirdness. We came across a similar weird story of a guy who got dumped by his Tinder date, the reason she gave him was very confusing and invalid for him. Everything was going great, they had been talking for a while and they really hit it off. The guy really thought they were each other’s type but the girl clearly did not think the same about him. One day, out of the blue she dropped the bomb on him that they can not date because he has many women in his workplace. Keep on scrolling down to read the rest of the story…

1. So this couple met on Tinder and they were really into each other as they have been talking for a while now but out of nowhere the girl texted him this.

2. Obviously, the guy was completely caught off guard by that text and he could not help himself but ask her the reason out of confusion. 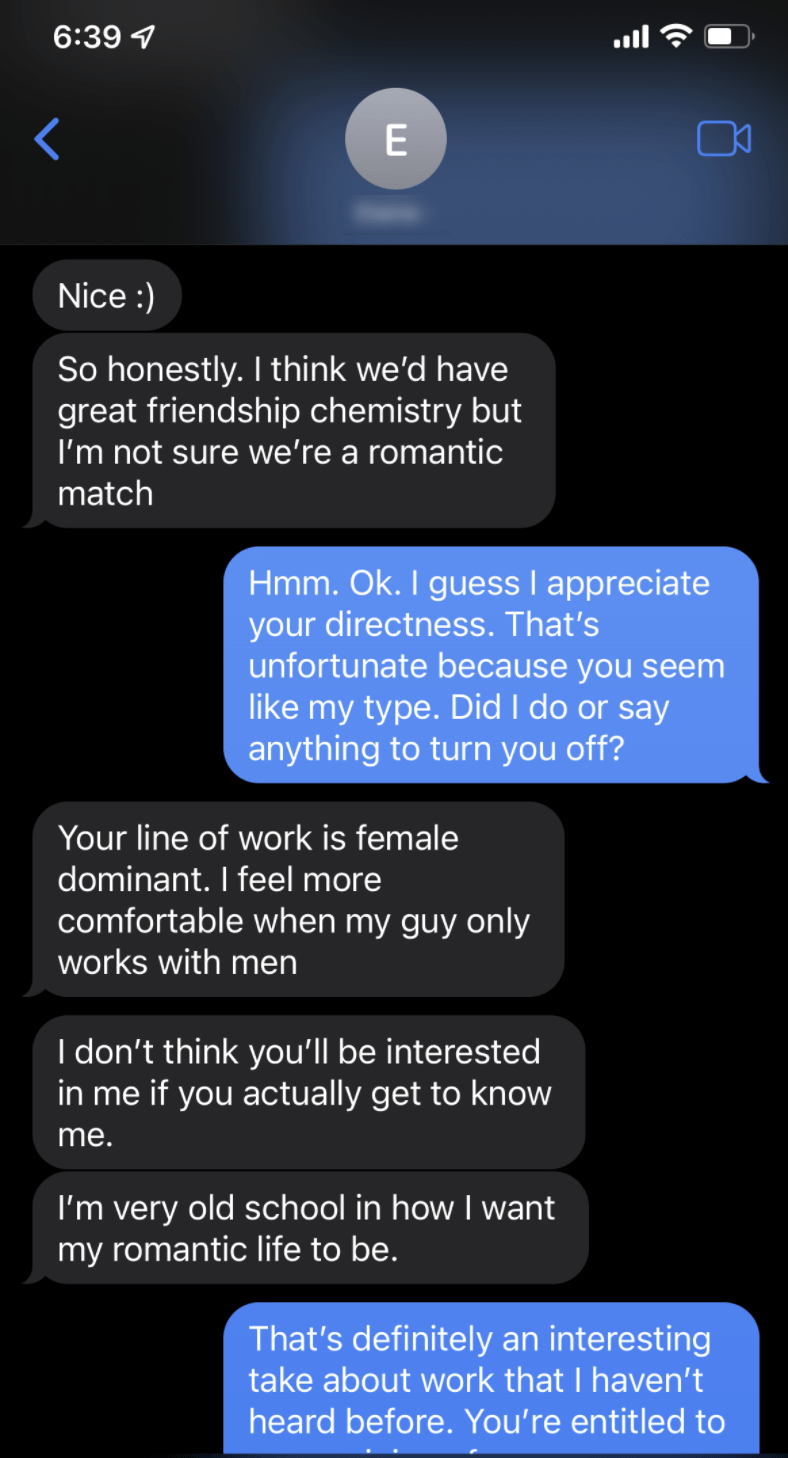 3. She claims that she happens to be very old school and she thinks dating a guy who works with women can be very unhealthy for their relationship. 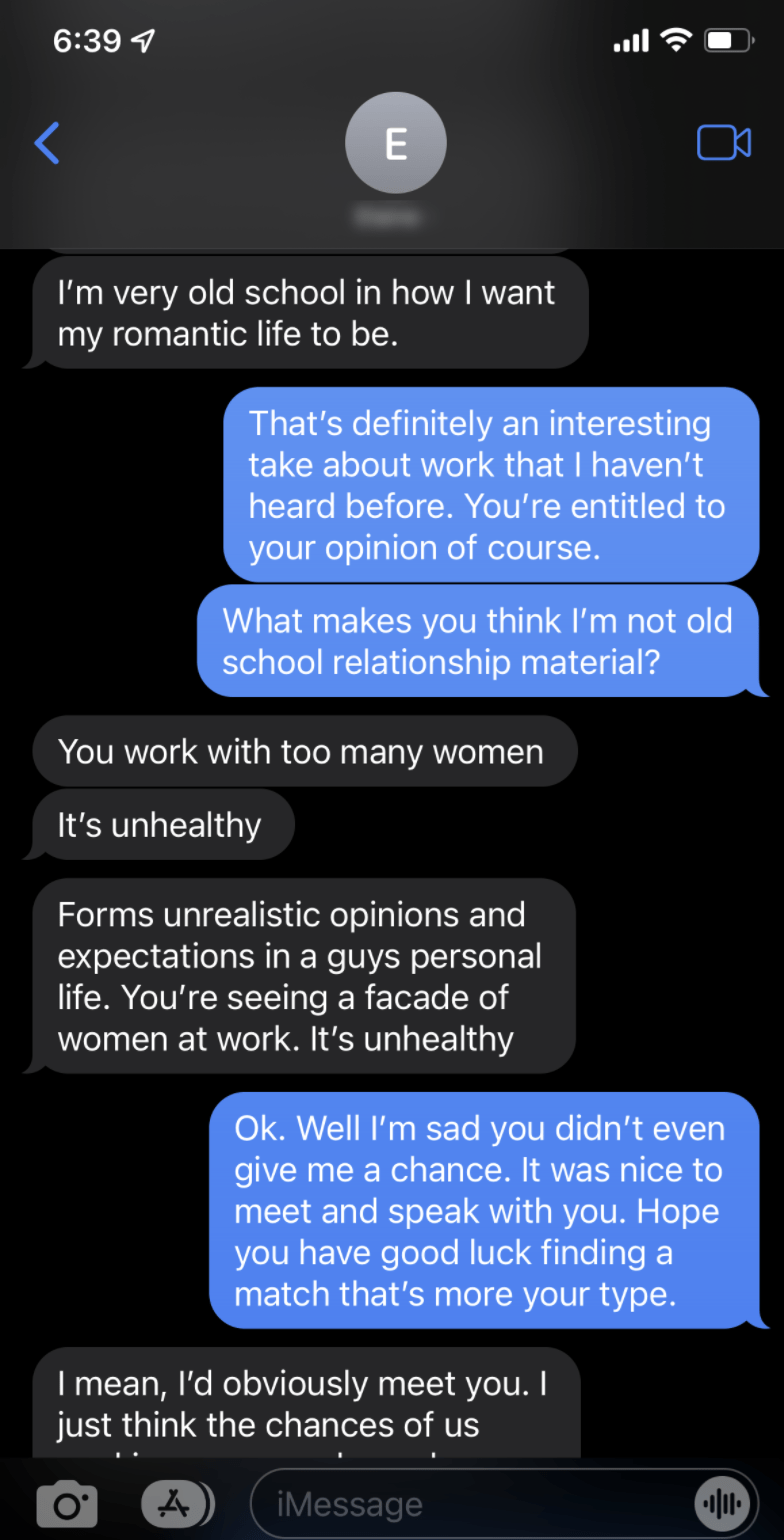 4. The guy very politely refuses her offer of friendship instead of a romantic relationship. She goes on to explain her point of view and turns out it was because of her past unsuccessful relationships. 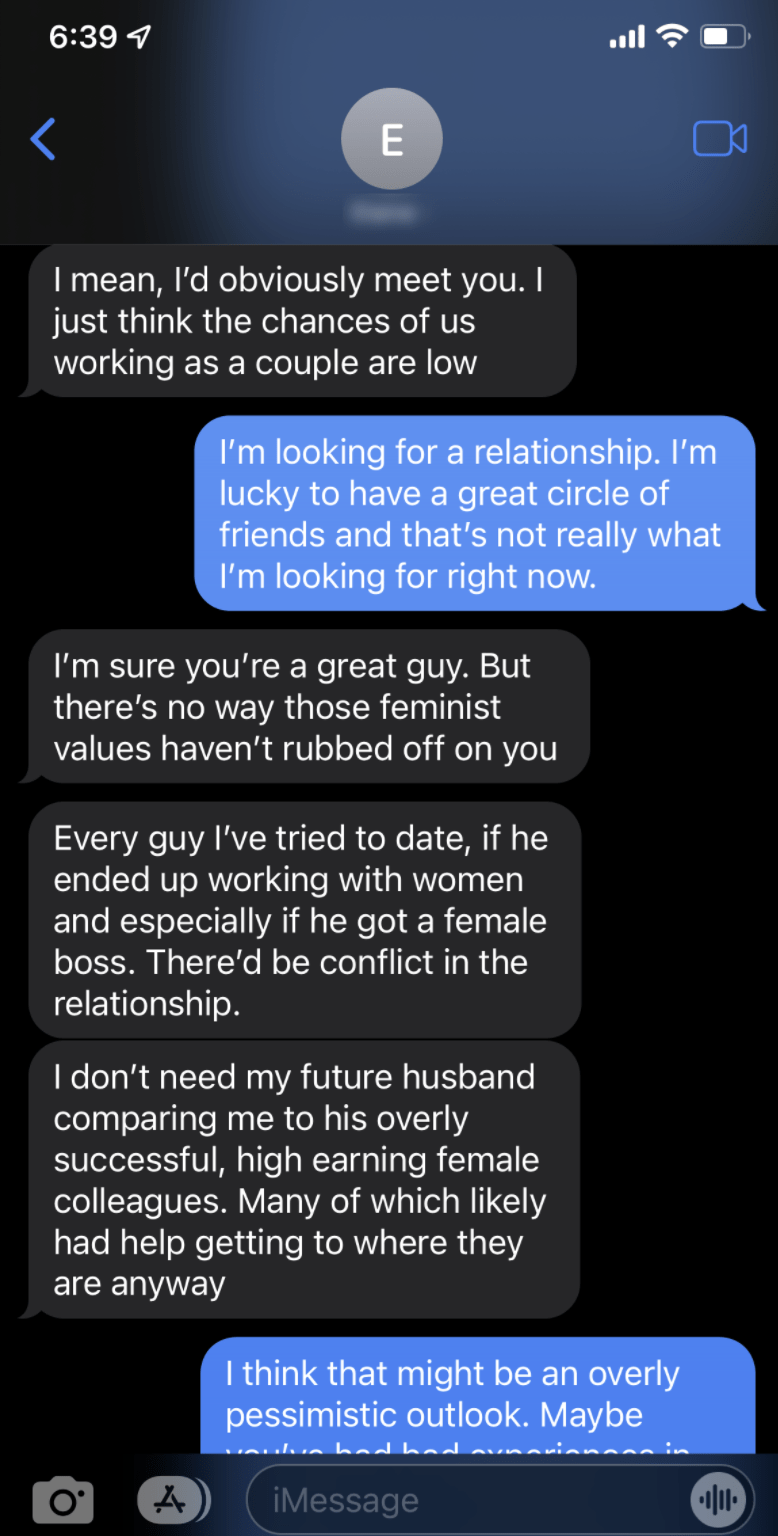 5. The guy explains that not everyone is the same or has the same point of view. 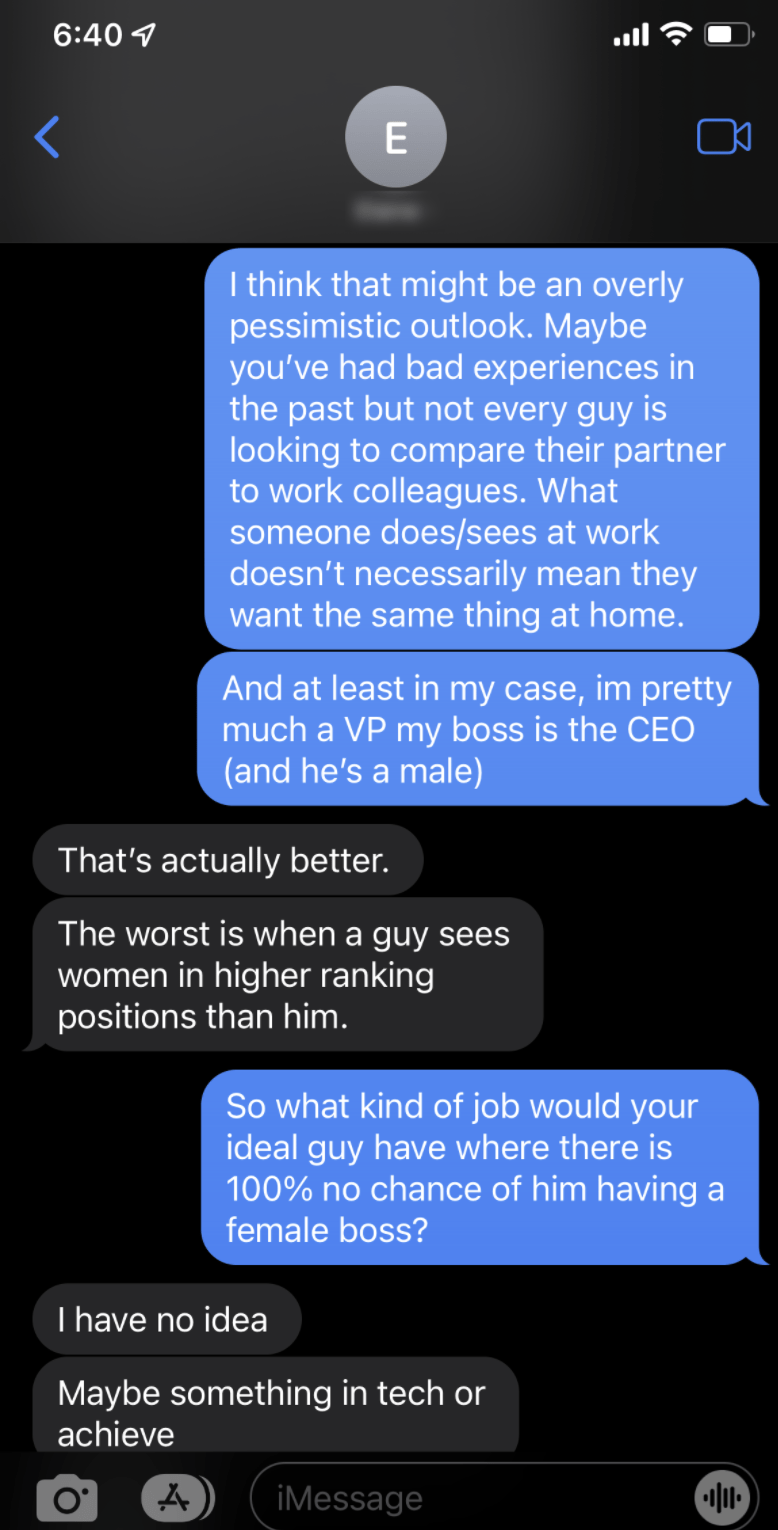 6. The girl really has some major fears when it comes to dating and she clearly has been in very bad relationships in the past. 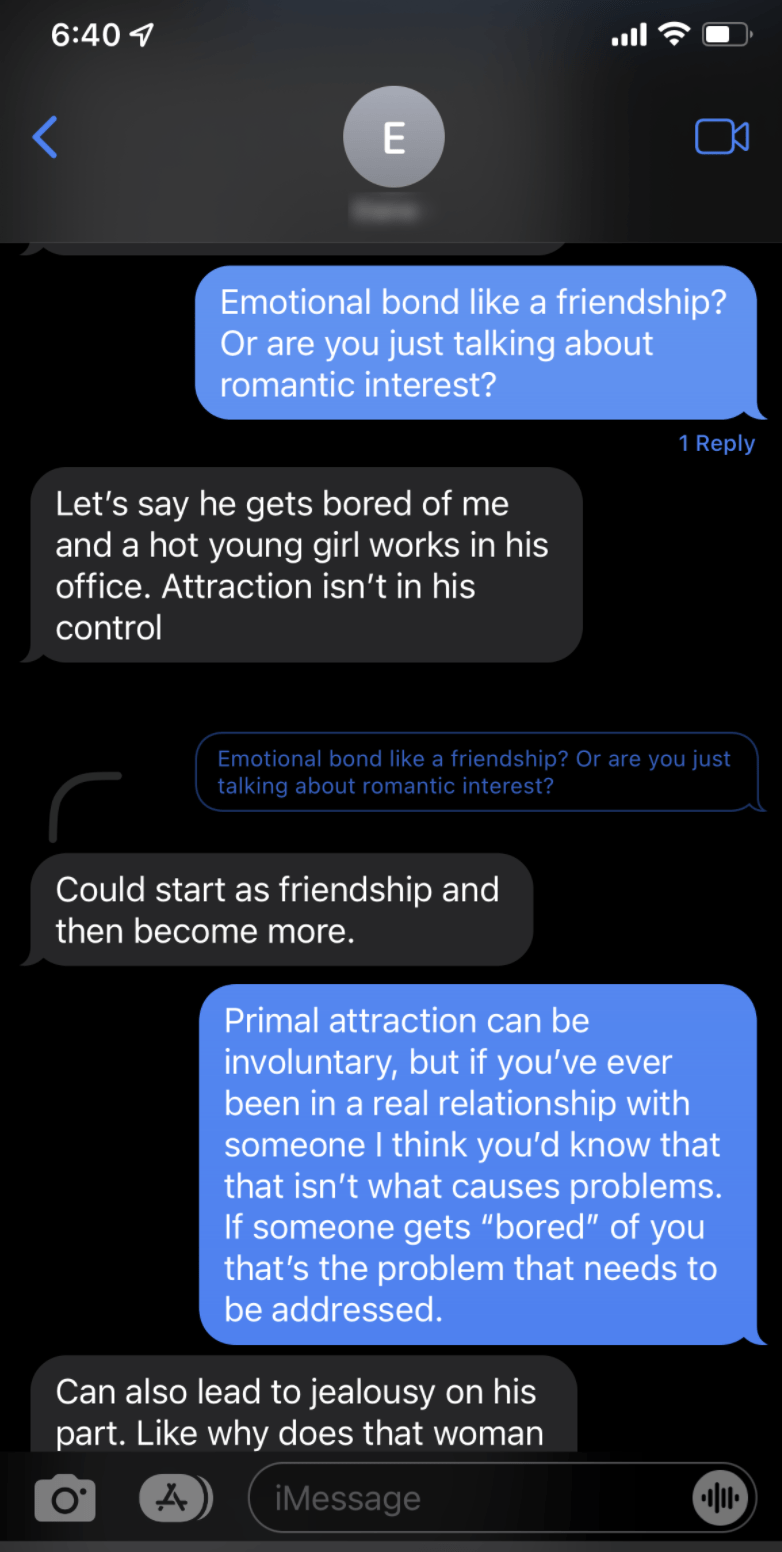 7. The guy sweetly explains to her that what she is calling an unhealthy relationship is just a fear she needs to overcome. 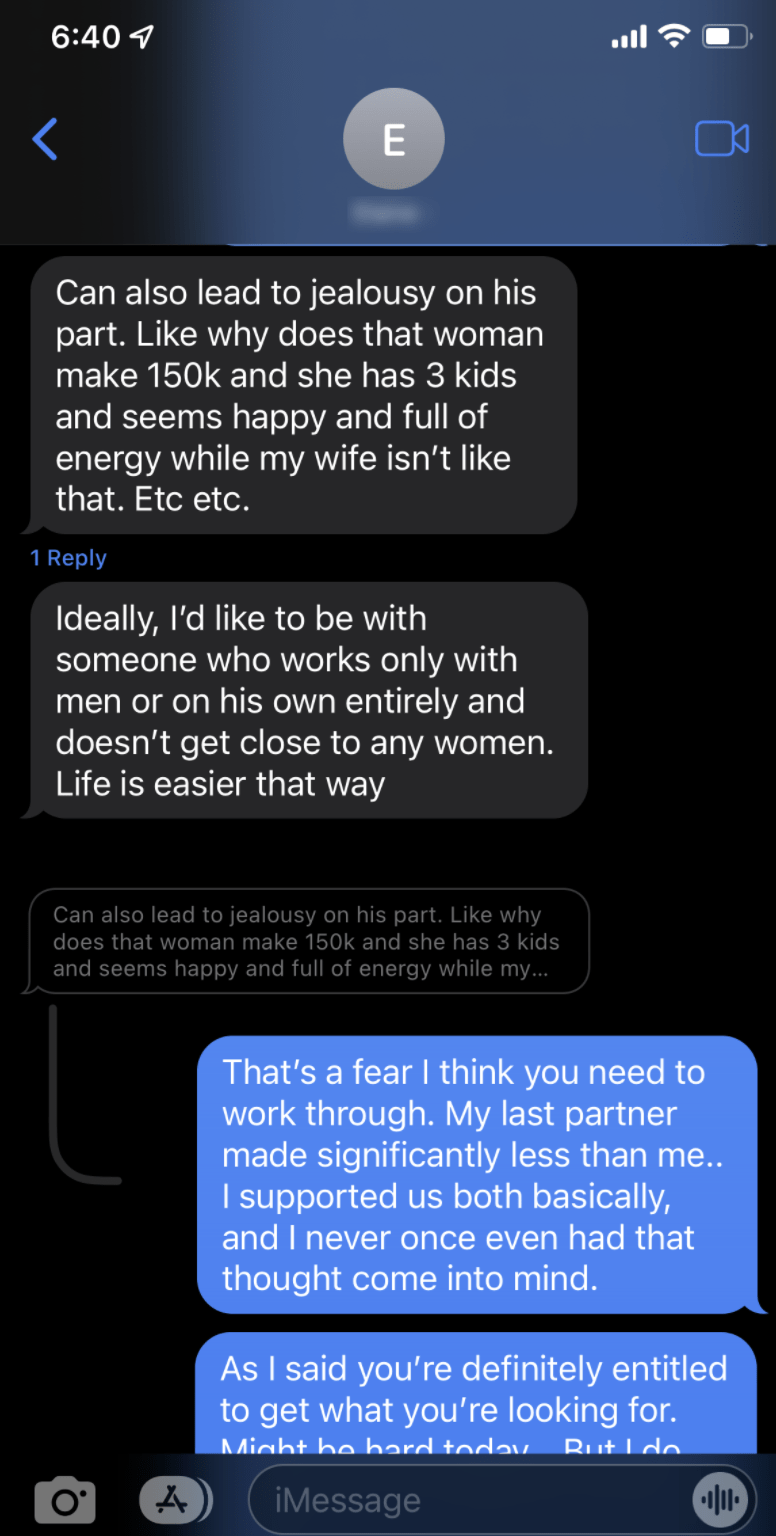 8. He wishes her good luck in finding true love that matches her requirements. 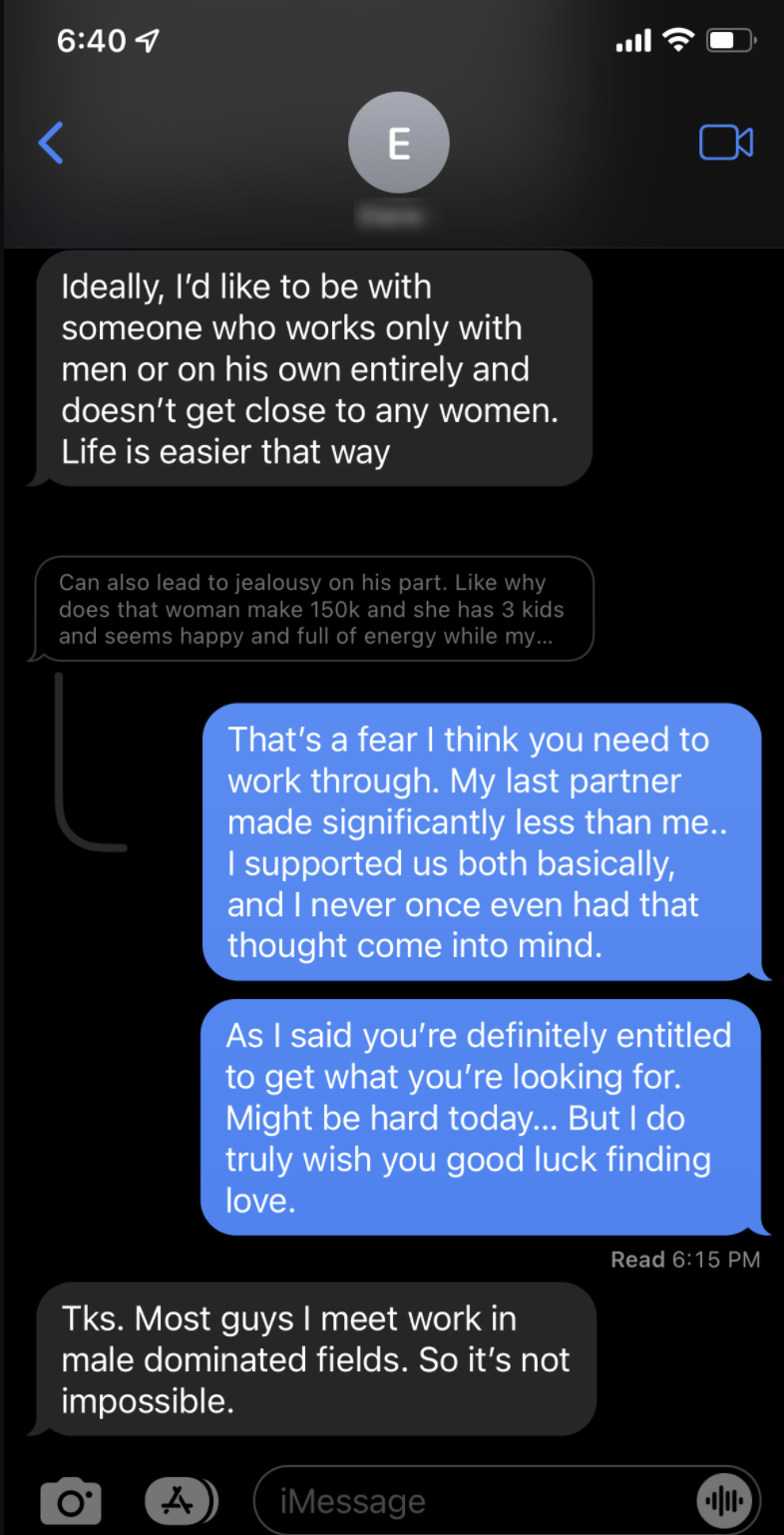 I believe, it is definitely good riddance as the guy says himself that he feels like he had dodged a bullet which is actually true. The girl was also correct that she thought they can not work out for the long term, it is obvious by the way her mind works she can not date any guy with that mindset. Unless he is unemployed or works from home. I actually feel really bad for the girl because she has probably gone through a very bad experience in the past and she is just protecting herself from getting hurt like that again. Life can not go on like that, she should overcome her fears. Keep on scrolling down to read comments…

9. Okay, now that made me laugh so loud. It has definitely happened with so many people. 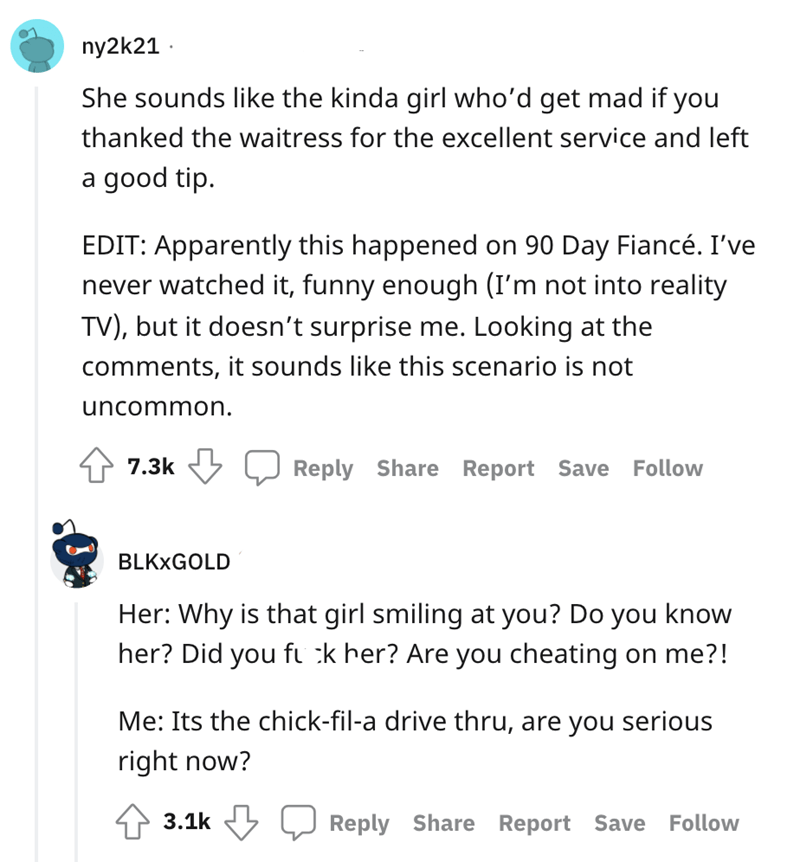 10. I really do believe that she has some major trust issues and an inferiority complex. 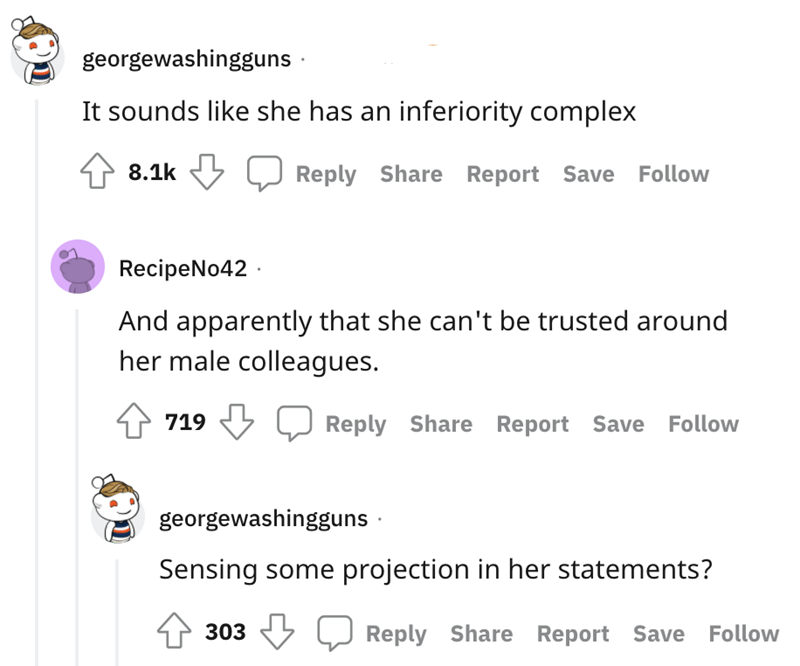 11. This actually makes a lot of sense. 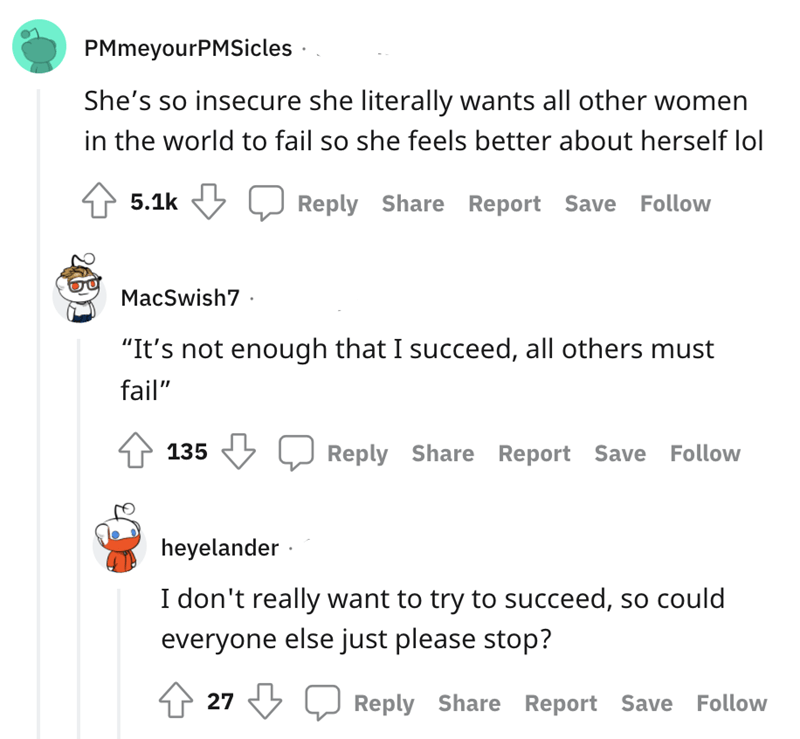 12. Yes, I believe he just was trying to figure her out and what her point of view on all of that stuff was. 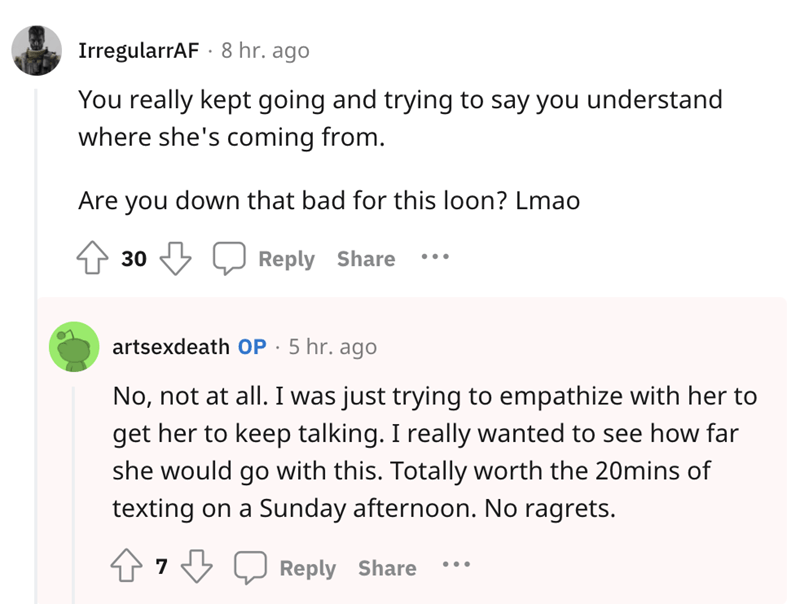 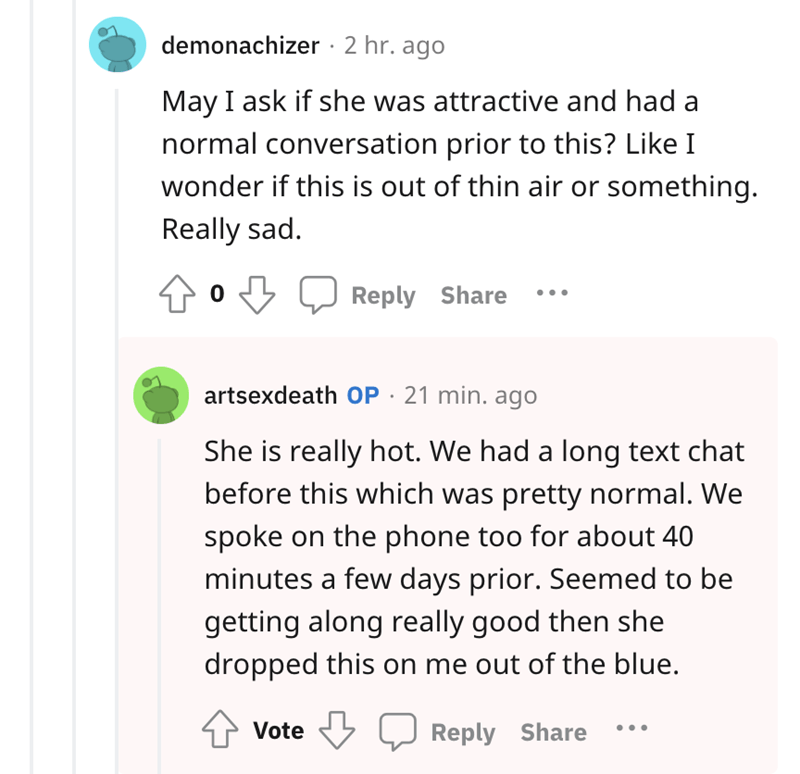 14. I actually do feel bad for her, the guy seemed like a really nice person but because of her past she can not trust a guy who works with women. 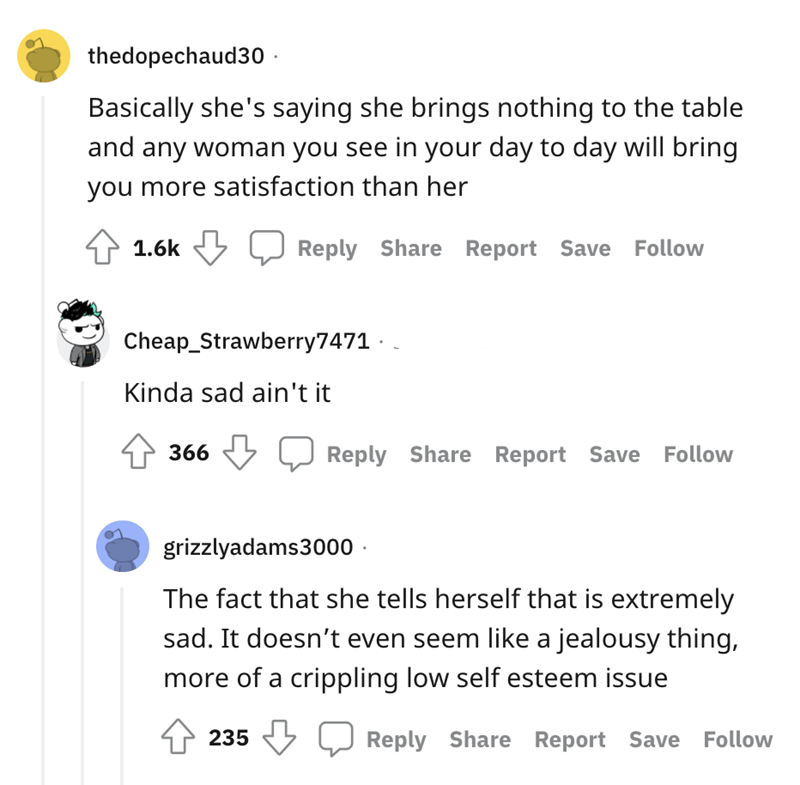 15. I really liked how they both kept their calm and especially the guy for handling the rejection so respectfully. It is rare to see such polite conversation. 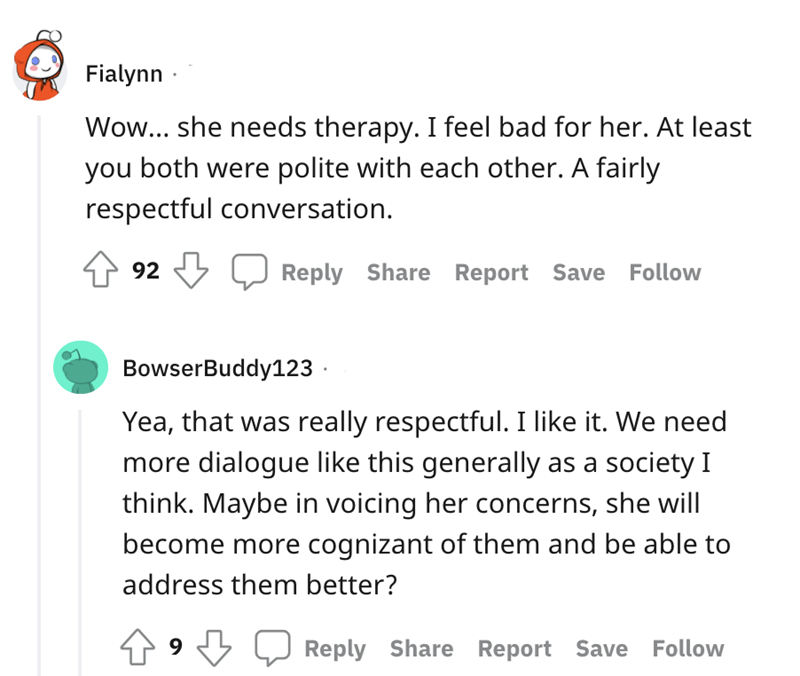 16. I was a bit confused by that too. What makes her think there are no women working in the management field. 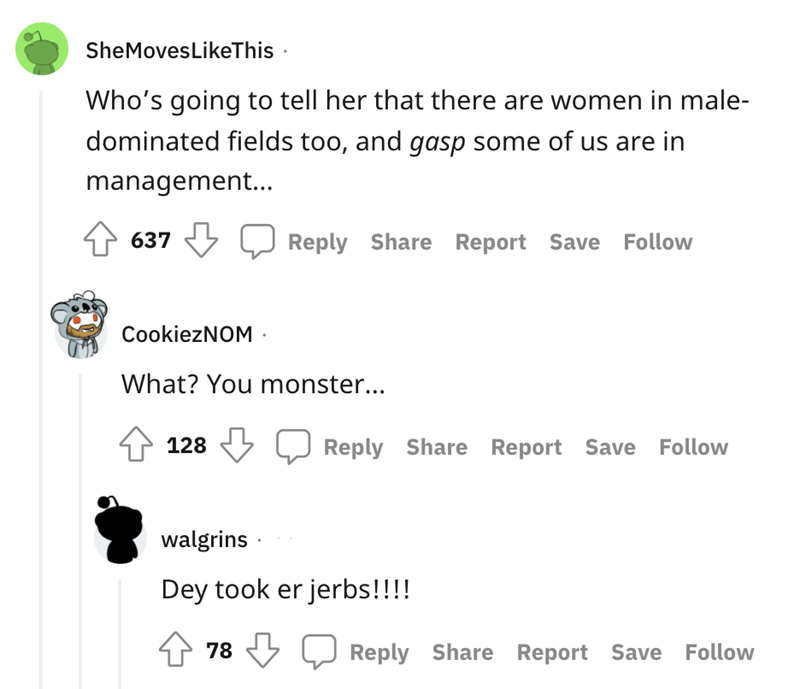 17. She is a really insecure girl. I would be curious to know what made her think it is unhealthy to have women in your workplace. 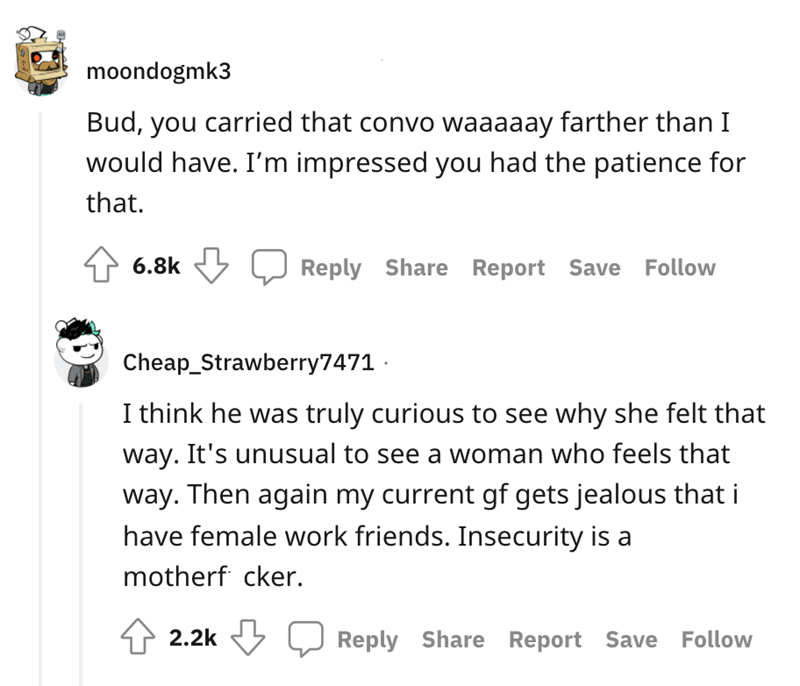 18. Her point of view on a guy working with women is actually the unhealthy thing, not the relationship. 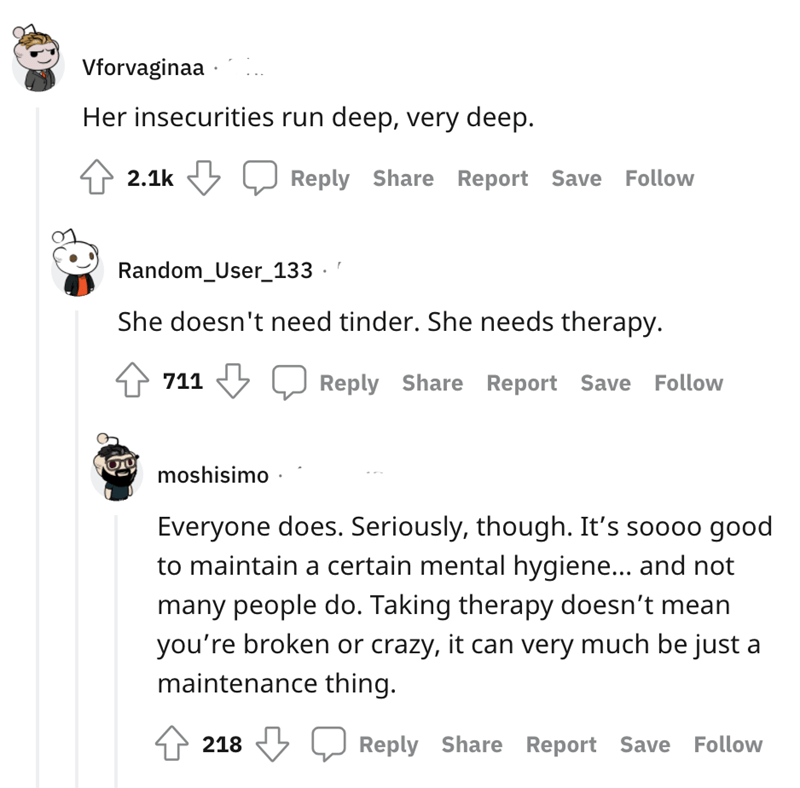 I feel bad for the girl that a bad experience really messed up her head and I feel good for the guy who dodged the bullet. What are your opinions on this? Tell us in the comments down below…