In a matter of minutes, work can go from exhilarating to terrifying because of a single person’s unresolved trust issues. Working in a hostile environment has left us with scars like office horror stories, paranoid email habits, and a deep fear of authority. It is sometimes stated that people quit their employers rather than their jobs. A poor boss can make good work miserable and a bad job insufferable, depending on the circumstances. Even while bosses can be “bad” for a variety of reasons, there are some similarities among them. In certain cases, these “bad” attributes include a lack of empathy for the staff.

What motivates a group of employees is the fact that they are working for a leader who they believe knows them, listens to them, and guides them appropriately. Workplace issues will always exist, and one of the most valuable aspects a leader can do is empathize with the people under his or her supervision. Employees who work with ineffective leaders are more likely to have a lack of reciprocal respect for them. A leader must put in the effort, listen to their subordinates, learn on the job on a regular basis, and show respect for the people under their supervision. These are the characteristics of an effective leader. But, alas, it’s not to be! Not everyone is fortunate enough to have such terrific bosses on their team. And in this particular instance, the Redditor was trapped with a manager who became upset with him for putting in long hours.

After the Redditor, an IT specialist was assigned the responsibility of “maintaining a few servers and all of the technology in classrooms,” the story begins to emerge. This was a significant undertaking, and the Redditor tried to who completed it did it with much enthusiasm. As a salaried employee, it didn’t matter how many hours he worked or how many days he worked. Nonetheless, he determined to devote himself to this task and began working long hours in order to complete it in 28 days! A new supervisor was appointed, and let us just say that “Guss, however, was a brown-noser of the highest kind.” Guss was dissatisfied with OP’s lengthy hours of labor and attempted to hold him accountable for his efforts on his behalf. Read on to find out how the Redditor was held responsible despite the fact that he did absolutely nothing wrong!

“Boss tries to give disciplinary action for working too hard”! 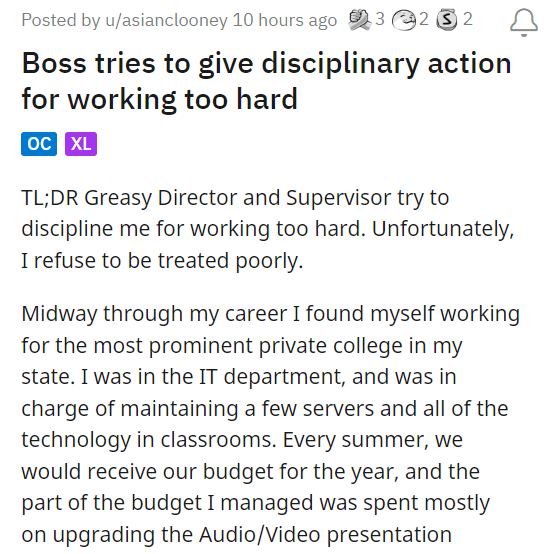 Putting so much workload on a single person and not even increasing the pay is ludicrous! 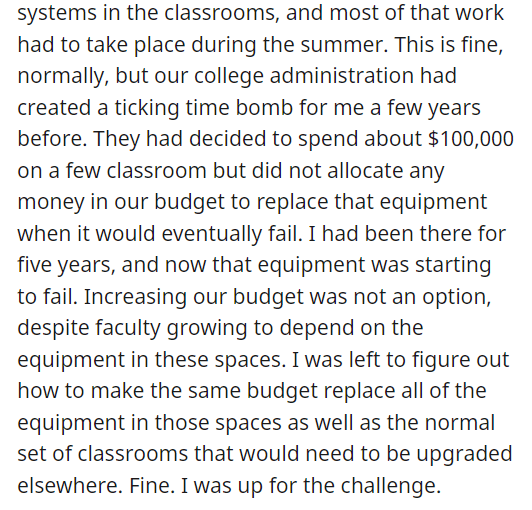 OP deserves a lot of credit for working himself sick! 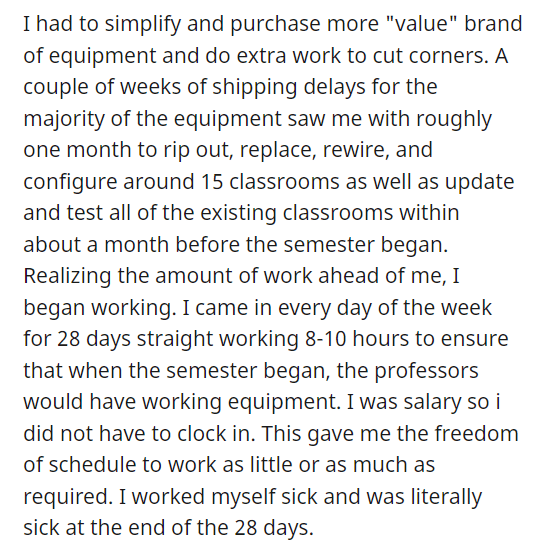 Uh-huh! This supervisor is raising a lot of red flags! He is not even doing any work! 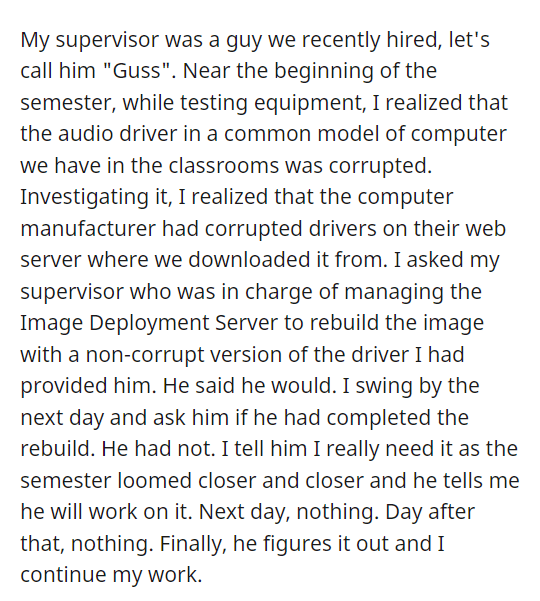 Trying to give OP disciplinary action simply for working is downright crazy! 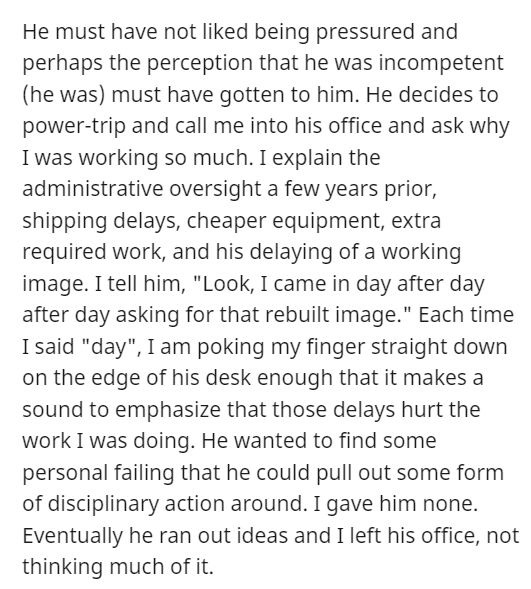 Guss was indeed a brown-noser! 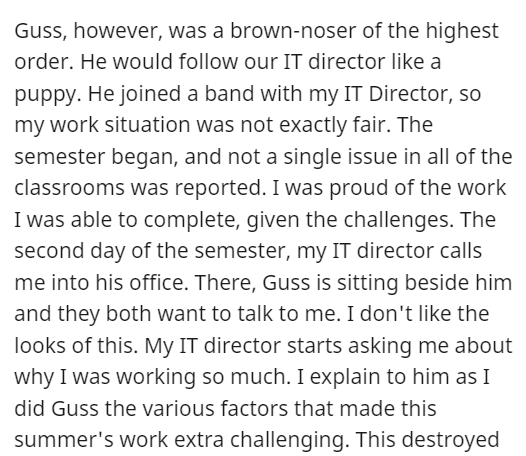 Look at them holding a meeting to discipline a hard worker! 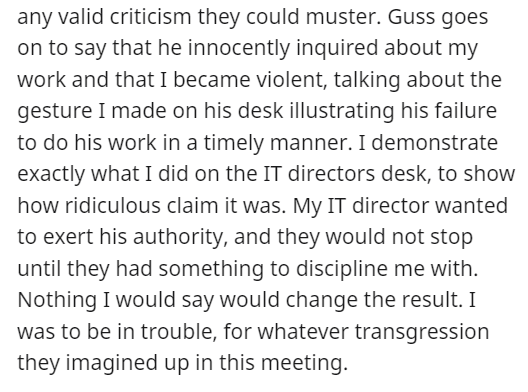 They had the audacity to laugh at someone’s expense! 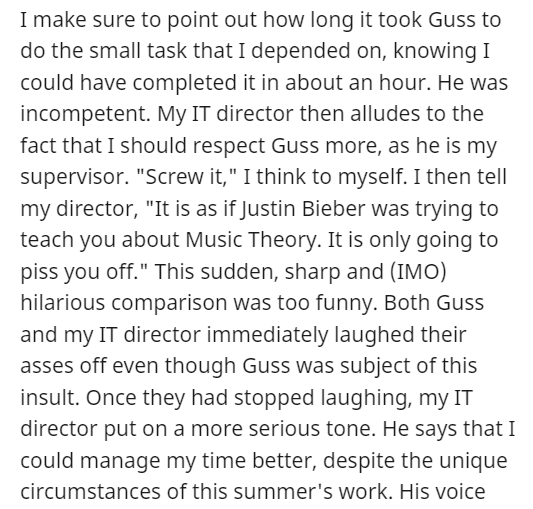 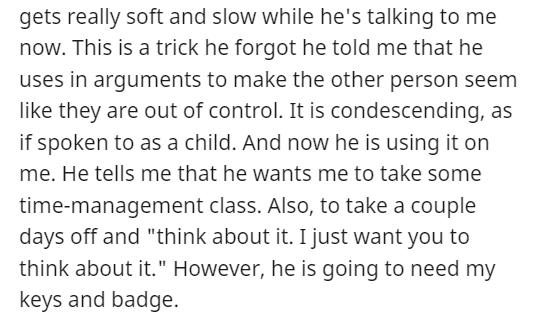 That is a pretty savage reply from OP! 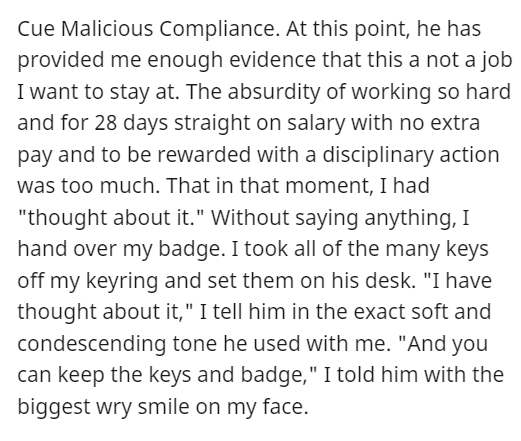 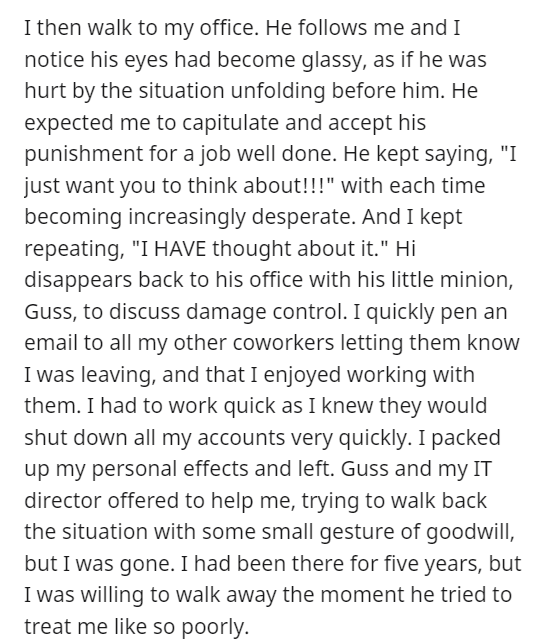 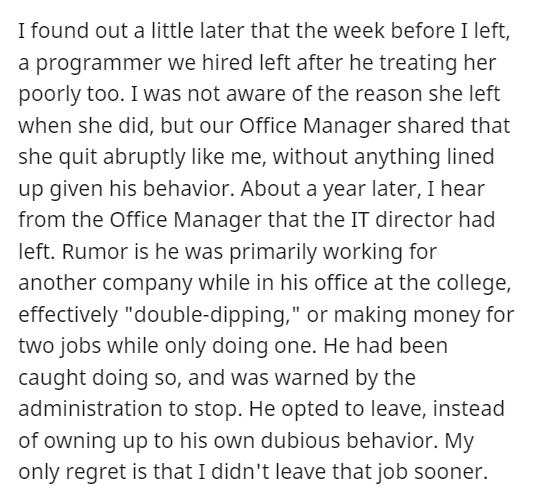 You’ve been told that you must complete the task at hand, but the task itself keeps growing. Once you reach a certain level of success, there is an implicit agreement that you must complete chores outside of working hours or that you must work twice as hard to make it home in time for dinner. Before this moment comes, you must establish limits between how much time you want to devote to your work and how much time you want to devote to other activities. People should not be forced to work more hours without receiving a pay raise! Alternatively, if they are unwilling, they should not do it! What do you think about this? Let us know in the comments section below!