Just because someone has been promoted to a managerial position does not mean they should get drunk with power. And yet that is exactly what we see time and time again. They think they can stay at home whenever they want even if the business is on fire at that moment and let the other employees handle it. However, that is not how it is supposed to work. But the underlings are the only ones who get all the blame most of the time.

That is why it is so exciting to see an employee striking back when they are tired of all the bull. This employee not only stuck it to a horrible manager but a new boss as well. So they essentially hit two birds with one stone (I do not actually condone hurting animals.) You can read the whole story by scrolling below and taking a look for yourself.

Managers should really think before they blow up on someone unnecessarily. 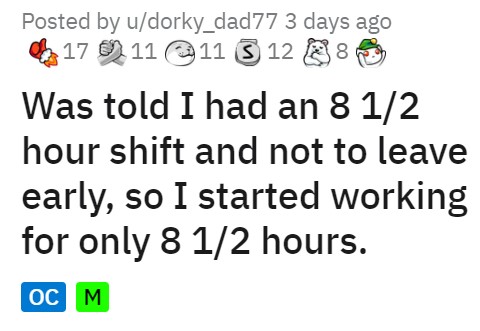 I’ve had to deal with this sort of situation as well and it sucks. 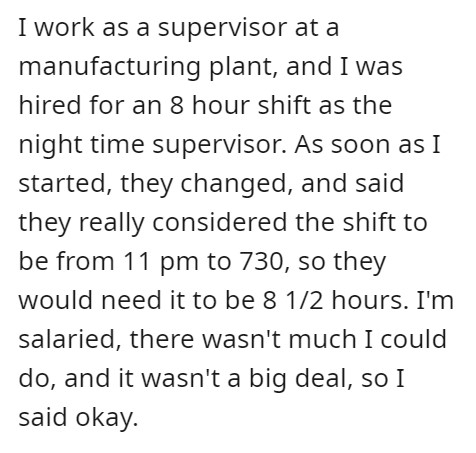 So basically he was using his position of power to do whatever the heck he wants. 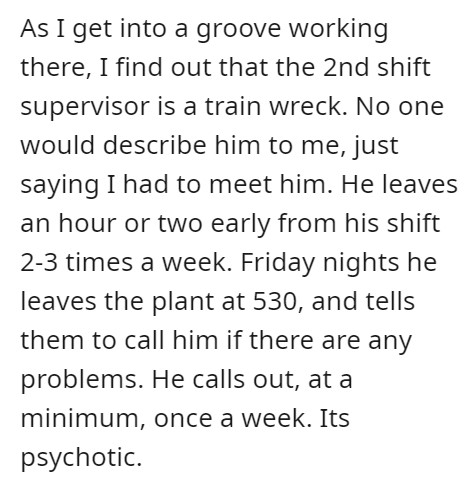 But he wasn’t the only one, the whole company was a mess and nobody was doing anything. 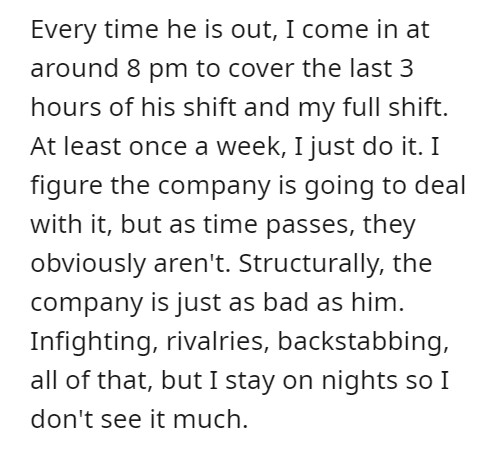 You would think a new boss might make sense of something but she only made it worse. 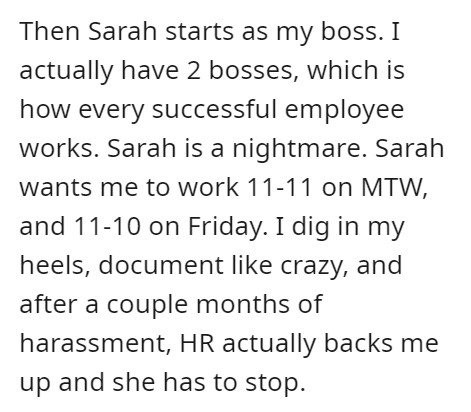 Could she not have asked you what time you came in to clarify? 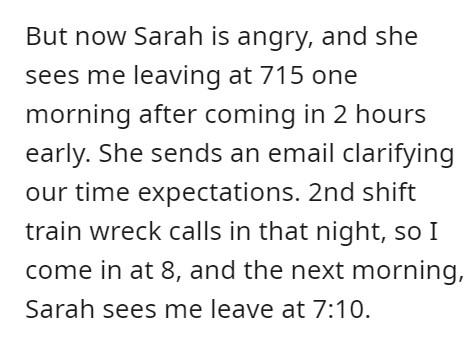 Documenting everything is the only way to go when it comes to dealing with stupid managers. 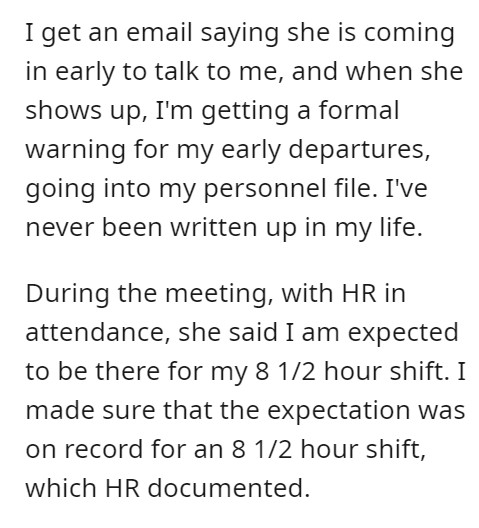 What do you mean you don’t want to come in for massive amounts of unpaid OT, we made your salary you should be thankful! People blow my mind with the thought process of work expectations. Good for you! –ChaplainParker

What they should have said in the first place but better later than never. 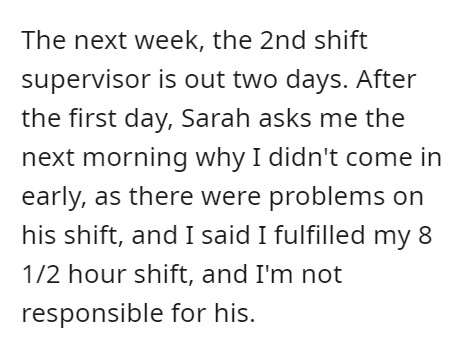 I am surprised that he didn’t get fired for essentially wage theft. 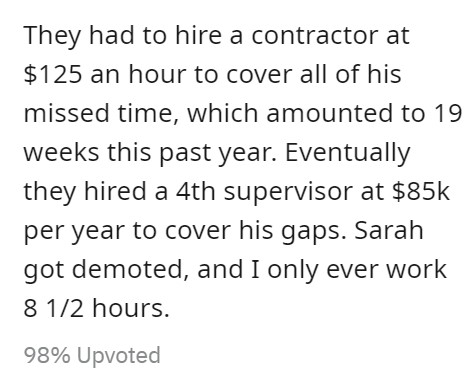 At least they got something of what they actually deserved. 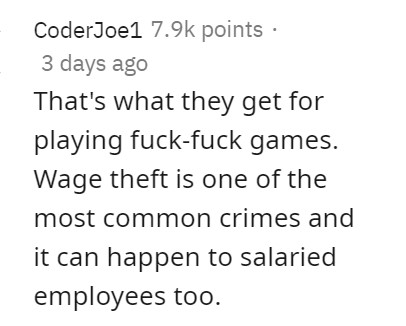 We were arguing at one point about her time expectations, and she said “You’re a salaried employee. There are no time protections for you. If I ask you to work, you have to work.”

I responded by saying “Okay, then let’s head over to HR right now and make sure that’s the correct policy to pursue.” They wound up sending her to management training, but I don’t think it really took. –dorky_dad77

They should definitely do that. This doesn’t sound like a healthy workplace. 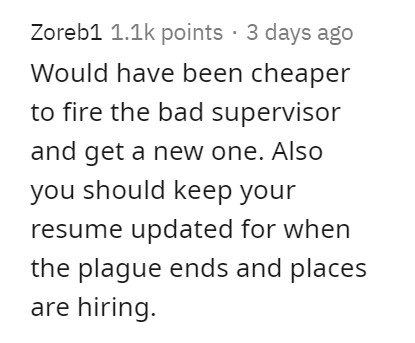 I am constantly looking and praying that corporations don’t act like corporations and dramatically lower salaries for new employees. –dorky_dad77

What are your thoughts on this scenario? Do you think the managers got off easy? Comment down below and let us know.