Getting along with your co-workers isn’t easy.

Forget about the boss, getting along with your team can be even harder than s**king up to your boss. However, these sorts of problems only arise if your co-worker just isn’t taking care of anything that is required and putting off all the work on you. And I am sad to say a lot of people do this and then lie to the boss about how they are doing an amazing job.

That is what this Reddit users co-worker was doing. Going by the name Jane, she would spend her shift doing inventory and asking the other person to do everything else. Not only that, she was never reprimanded because she was always great at lying to the manager about how she was doing her best work. I have known people like this and they are never fun to work with.

Things can never go perfect, something just has to go wrong somewhere. 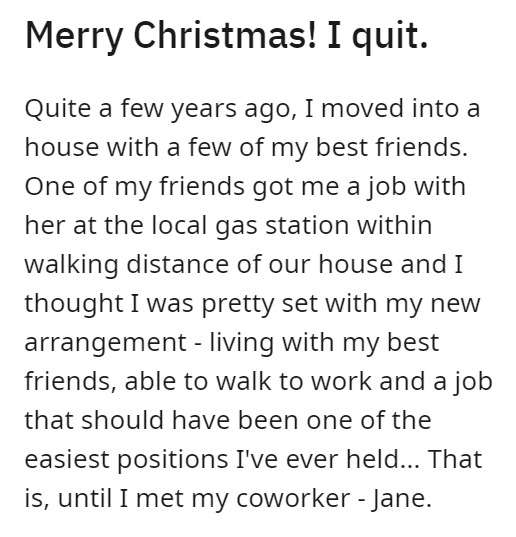 To be honest that sounds like a lot of work to be done in the night. 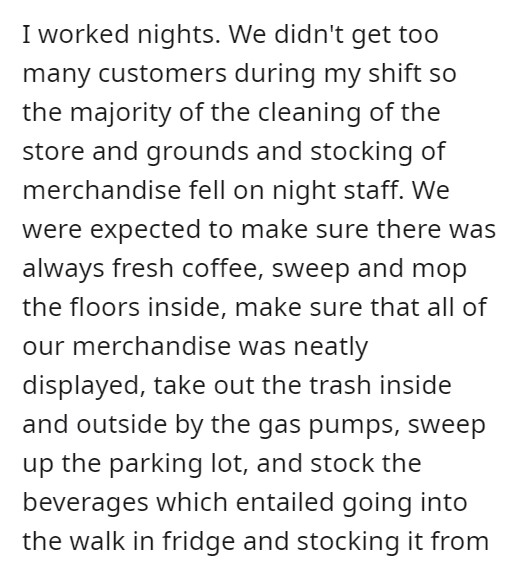 Most employees split their workload in half as they should have. 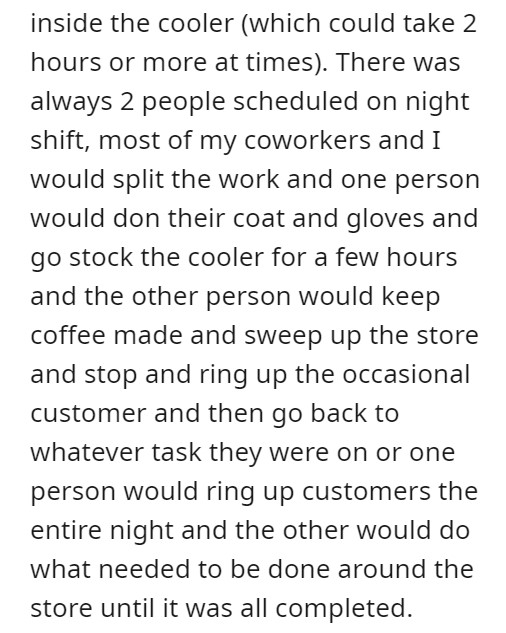 However, Jane thought she was above it all so never did any work. 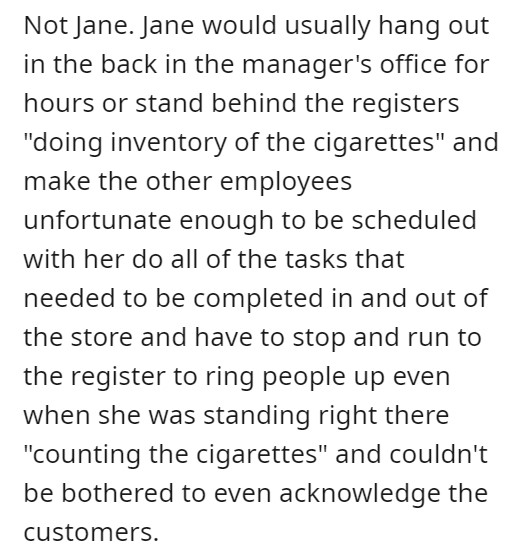 And she was just plain rude to everyone as well. 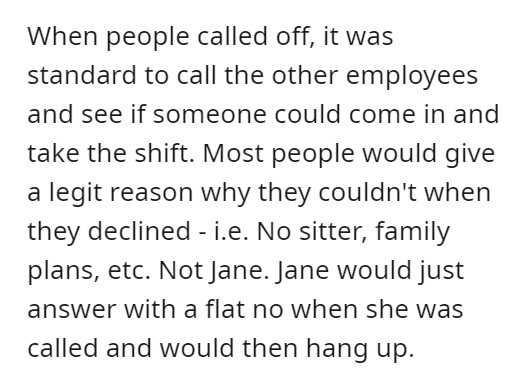 Somehow Jane had the manager wrapped around her finger to boot. 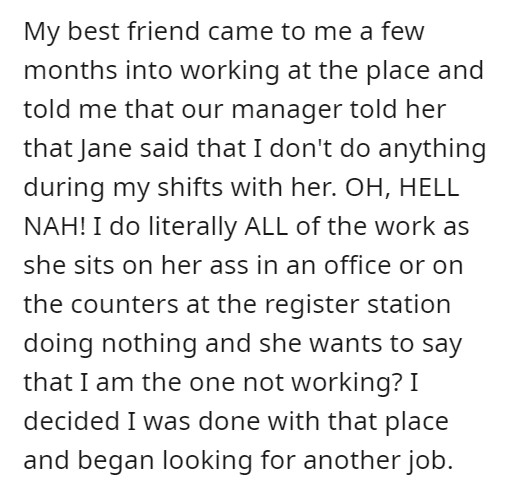 It seems the non-existent power was getting to her head. 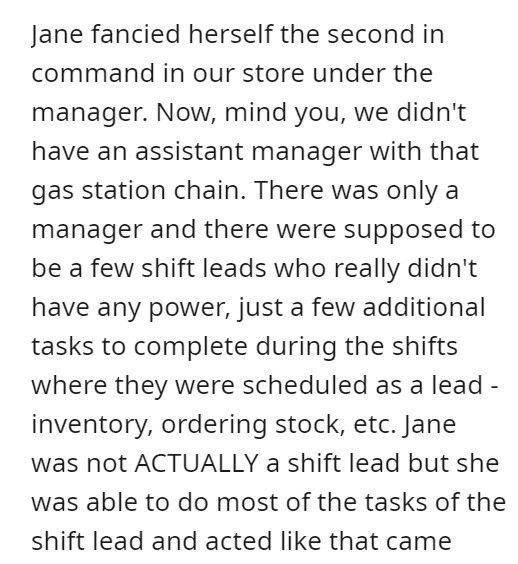 She probably couldn’t differentiate between her fantasies and reality anymore. 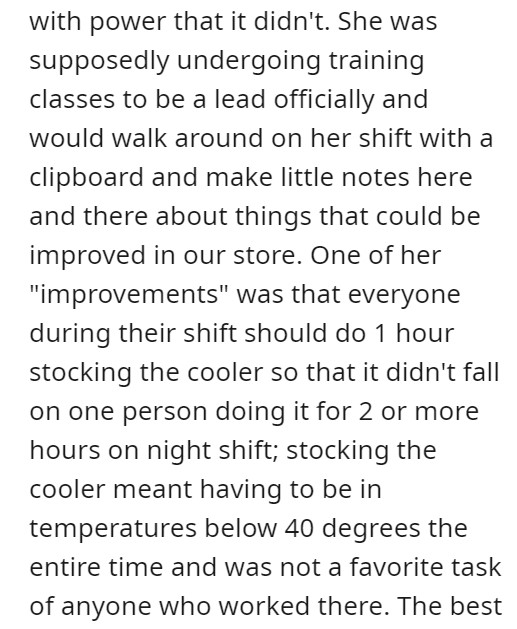 Nobody would like to come in for just a meeting on their day off. 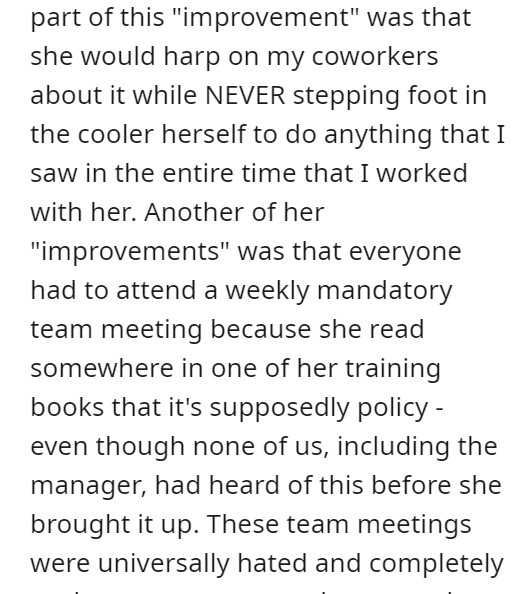 It is clear that she was way in over her head. 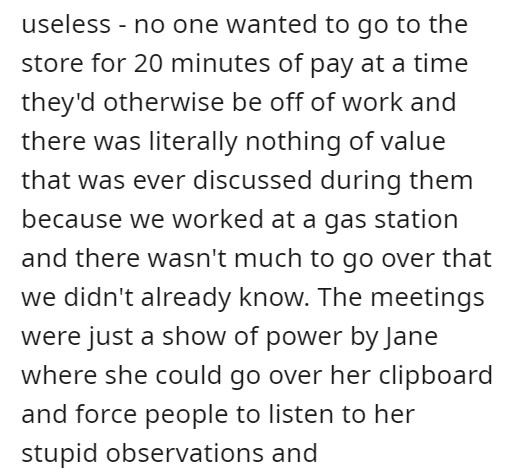 So the Reddit user decided to look for a new job.

She went on that anyone who didn’t show could face disciplinary action as she had the manager backing her in having these meetings.

I was excused from the first one because she scheduled it after the weekly schedule had come out and I said I had a doctor appointment already and they said they wouldn’t press it that one time but that I had to be present at the subsequent meetings and adhere to the schedule the same way I would a standard 8-hour shift. Ha Ha Ha. Sure. –MorganLeFatal 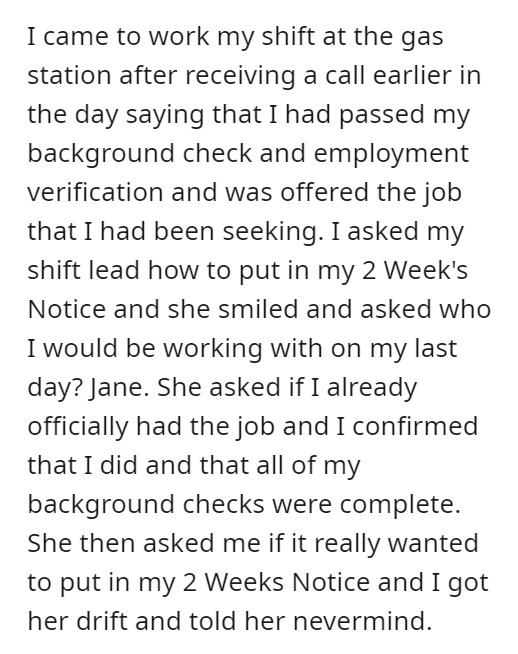 This may not seem important but it will come up later. 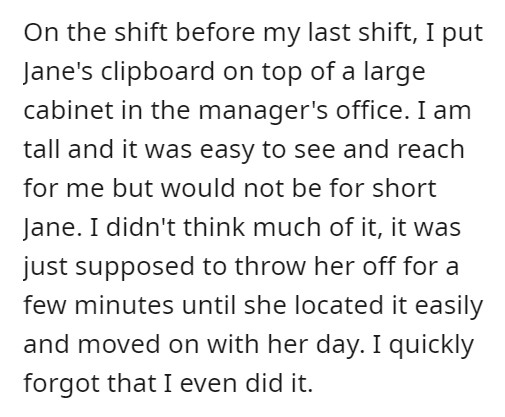 Coming in on Christmas just to quit? That’s quite a lot of commitment to the bit. 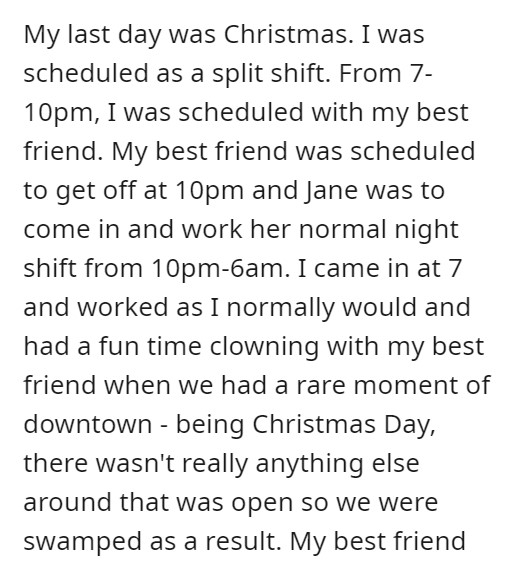 I would have loved to see her face right then. 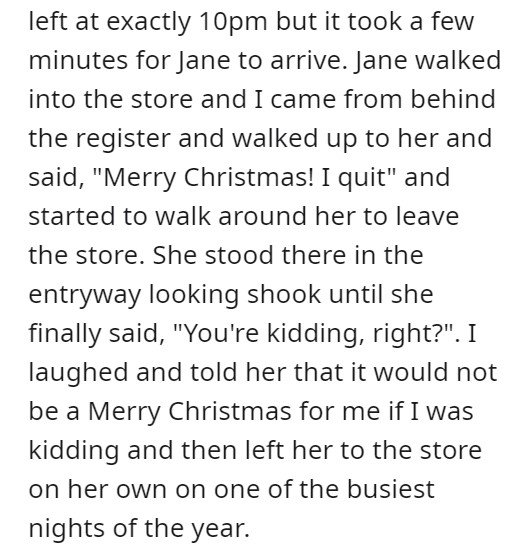 The manager deserved a bit of retribution as well. 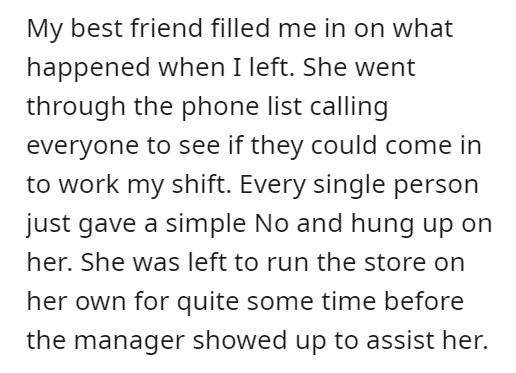 That little clipboard misplacement really helped out everyone else. 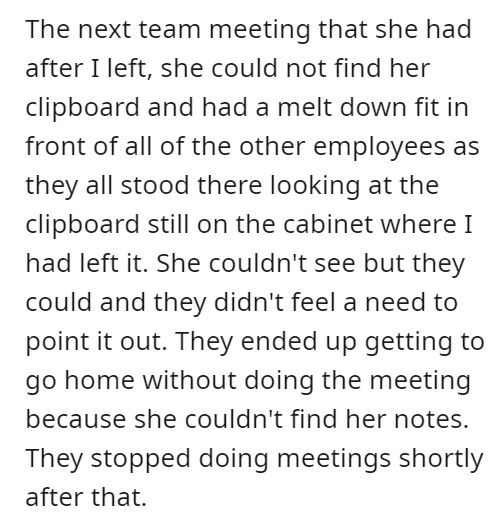 I never felt sorry for him in the least. 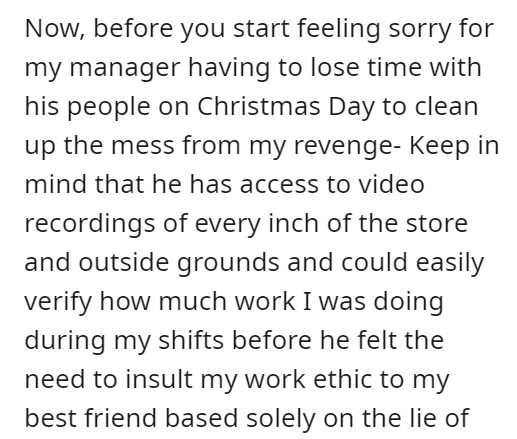 Some things just work out that way. 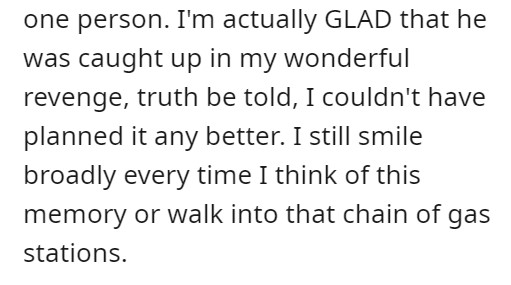 Definitely don’t feel bad for the manager. If nothing else, he turned a blind eye to Jane being a shitty worker. And he allowed her to start her own staff meetings when she wasn’t any kind of lead/manager? That’s just ridiculous. The dude needs to grow a pair and tell Jane to stfu or gtfo. –lpreams

For those who didn’t want to read the whole story. 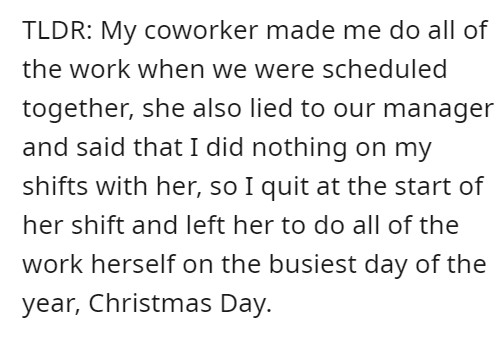 I would definitely call this pro-revenge. 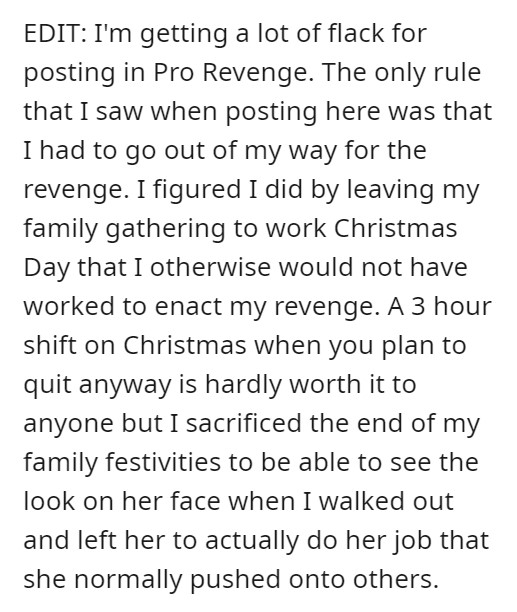 Well, she got her comeuppance. 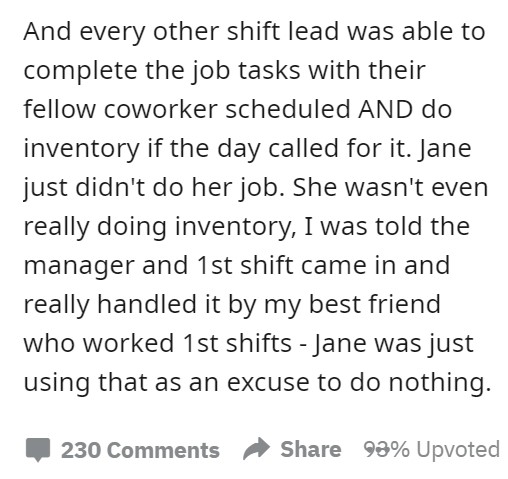 Do you think Jane got what she deserved or was it not enough? Comment down below and let us know.