Landlords love to show off their power.

While it is true that tenants are the ones who pay for the right to live in a house and thus are paying for the food the landlord eats, they however do not see it this way. Rather than looking at the tenants as a source of their own livelihood, they like to exercise unnecessary power over the people who were unlucky enough to sign the lease.

So it’s no surprise that stories about revenge on landlords always do so well. Who doesn’t like to hear about things that they want to do but are unable to? I am sure most of us have fantasized about doing exactly this at least once in our lifetime. And if you have, then this is the right place for you. Scroll on below and take a look.

This is what you call an Uno reverse card. 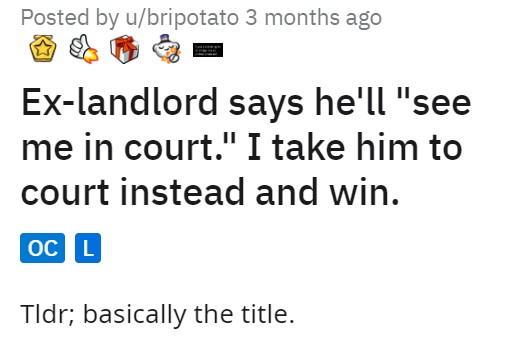 First, we get a bit of a backstory on why the apartment got damaged. 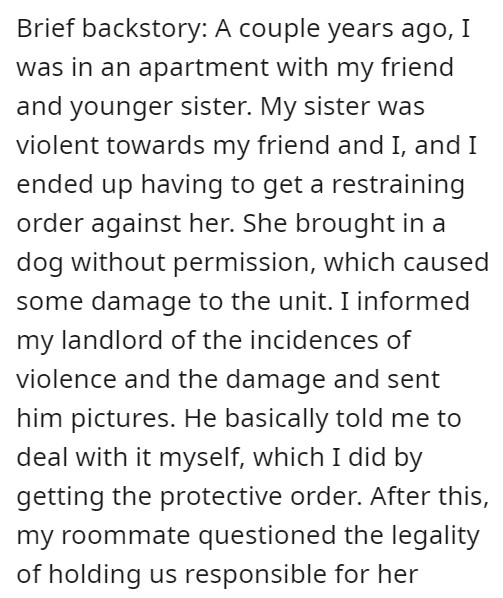 It seems she was dealing with a lot of problems other than just her sister. 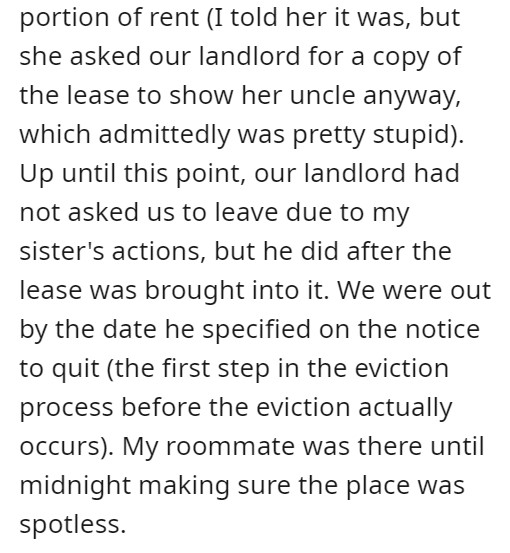 They moved soon after but the landlord hadn’t yet given them their deposit back. 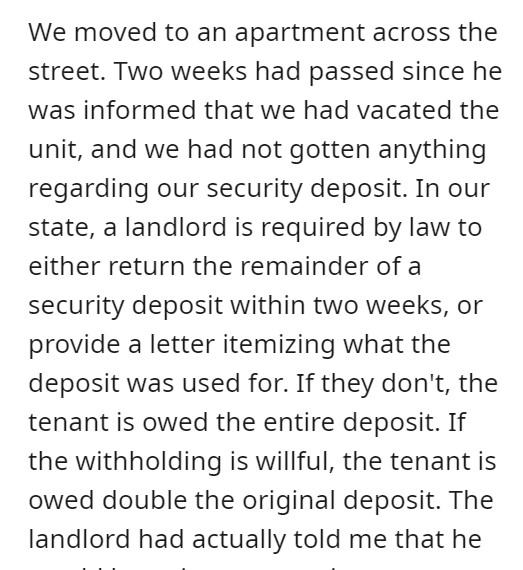 So she took action and sent him a reminder. 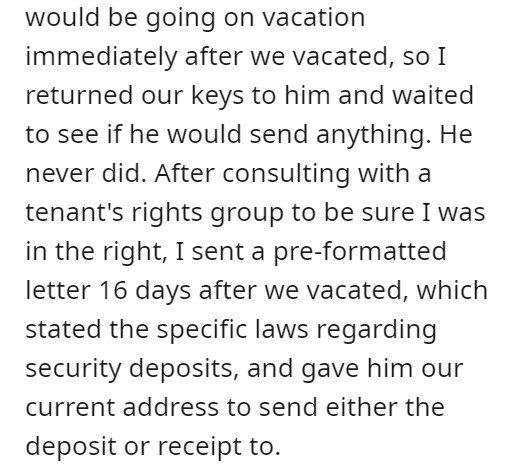 I wish more states had these kinds of requirements. I had a landlord once that I’m pretty sure intended to keep my deposit for no reason whatsoever. Over a month after the lease ended I wrote to him asking for my deposit. He eventually sent it on. –isotopes_ftw

Rather than heeding the warning and giving them their money back, he made a very dumb move. 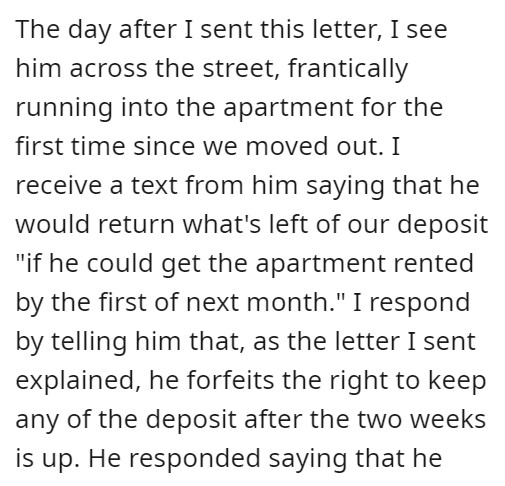 He thought it would be a sound decision to threaten them with the court. 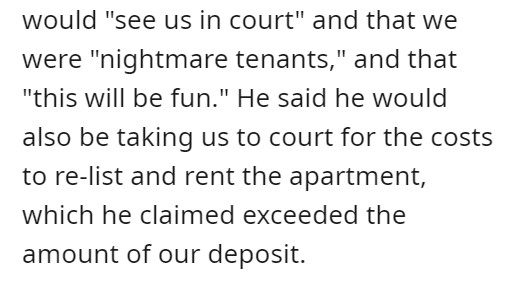 But there is one thing he hadn’t thought about. 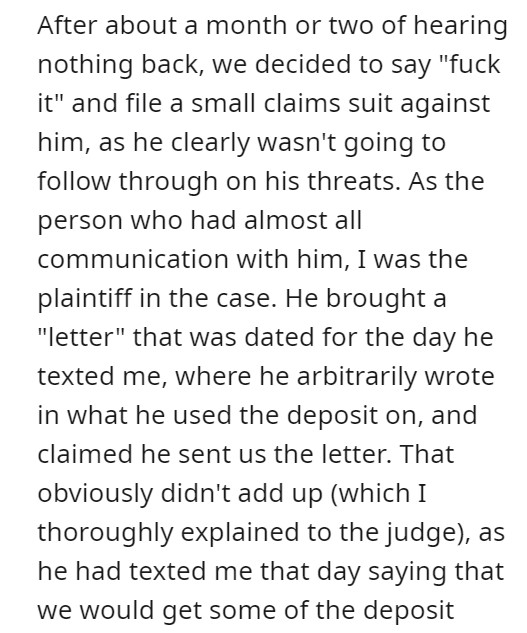 That they might just do the exact thing he threatened them with. 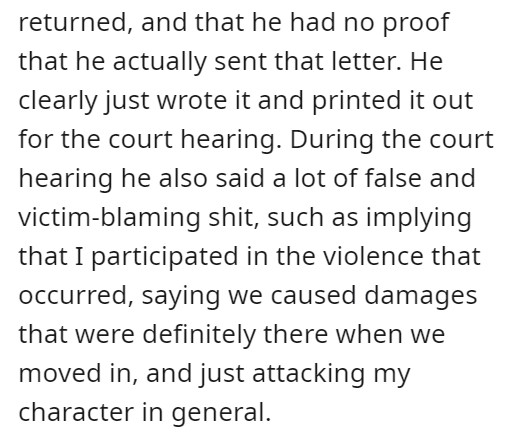 They won the first time but the landlord just wasn’t going to let it go. 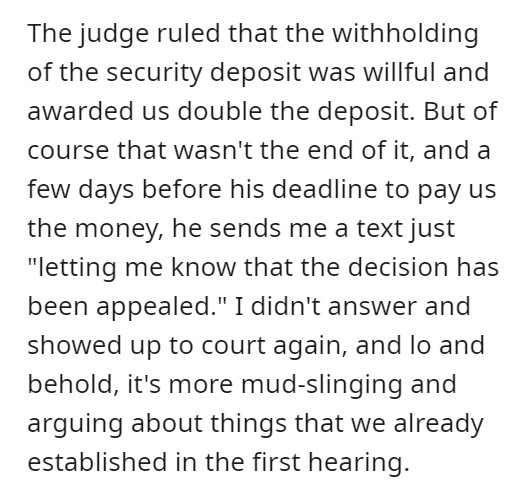 But he knew he had lost after even the appeal got the same result. 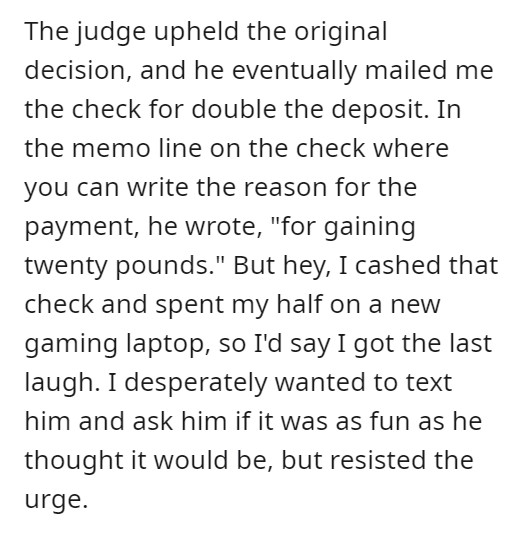 I had a similar experience with a dumb landlord, who, fortunately (for me) had listed through a rental agency that actually knew their shit. The rental agency came and inspected on the day we moved out and didn’t find any issues. Then two days later said they were keeping half the deposit for things like not having swept, and lightbulbs being burnt out.

I responded, ok, well per local law, I have 3 days to respond to these issues, so I’ll head over and you can show me. Oh, the landlord is there, you can go and she will let you in. I go in, she had RIPPED OUT HALF THE WALLS AND THE FLOOR.

I took one picture and sent it to them, and said, “So I’m wondering where the dirt I left was?” They tried to quibble a little, and I just kept saying, “sure, just show me.” I got the full deposit back the next day.

The landlord was pissed. –Dokibatt

I mean it wasn’t really their fault. 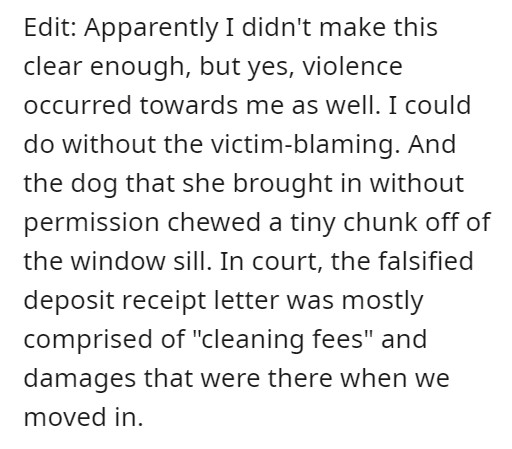 People can only judge what they know though. 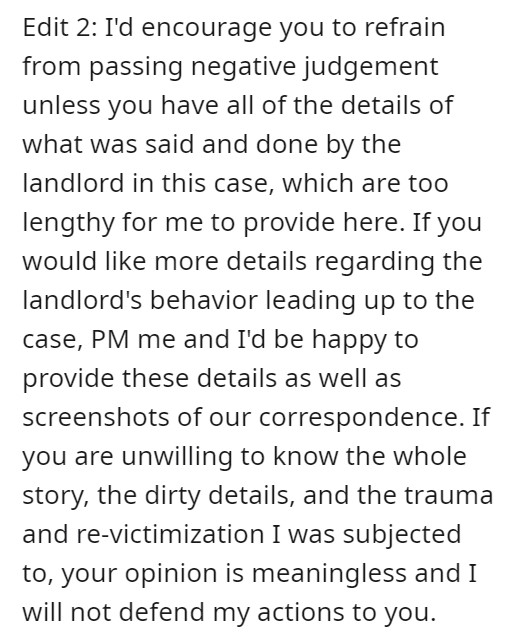 What are your thoughts on this story? Let us know in the comments down below and don’t forget to share.