Back in 2005, one of the most famous shows on TV hit the small theater. I’m talking, of course, about Supernatural, which started off as a story about a family of demon hunters going toe-to-toe with different entities of Hell, and slowly devolved into something else, something almost comically ridiculous. The first two seasons were fantasy/horror and the rest of everything was comedy, and laughs. During the Tumblr era, gifs and snippets from the show were passed around like candy, the most common meme around.

As the show progressed, interest waned, and a lot of people who followed the show grew out of it. Despite this, however, because they had spent so long watching these characters grow and interact, they couldn’t bring themselves to stop entirely, so fans continued to keep the show afloat. It was one of these dedicated fans who got a random message from a wrong number about how she got herself pregnant, and the user OddOod couldn’t stop making jokes about it. 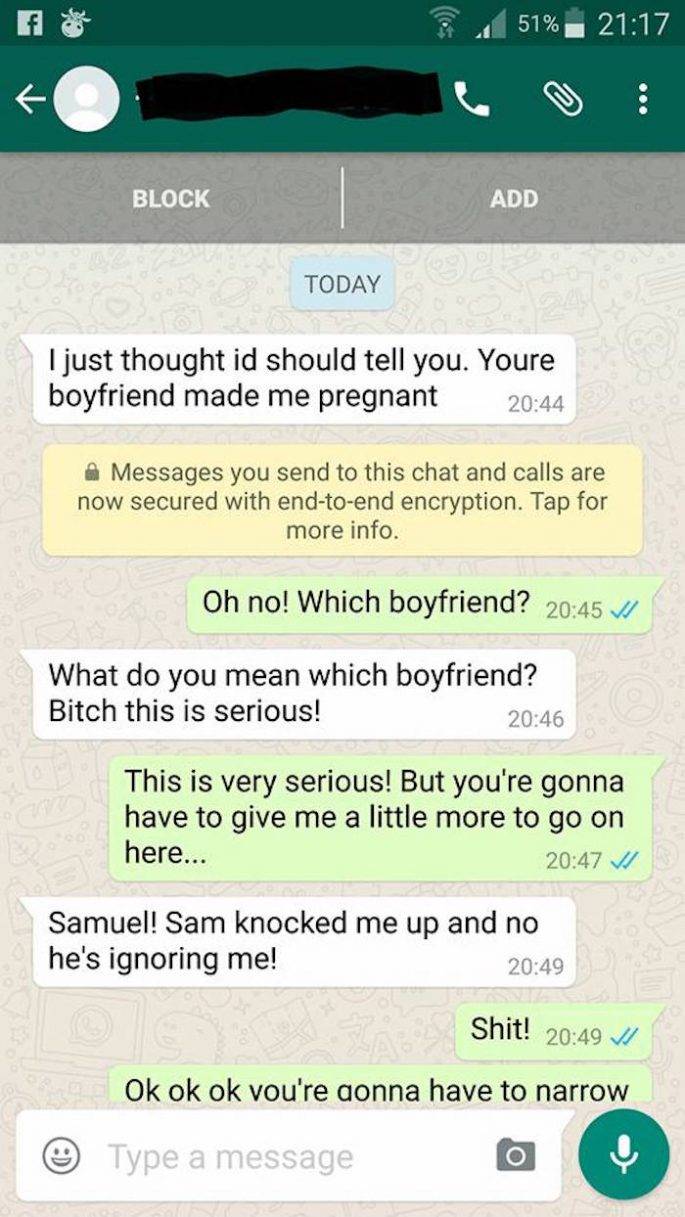 The comments are hilarious!

Tries to correct grammatical mistakes, misspelled ridiculous, uses is instead of are when referring to restaurants. Face palm yourself hard.

They didn’t even use the wrong you’re/your. They just left out the apostrophe.

well they misused it once at the start but that’s it, almost no one bothers with the apostrophe though, i agree.

I think you’ll find almost everyone still uses the apostrophe, including you. 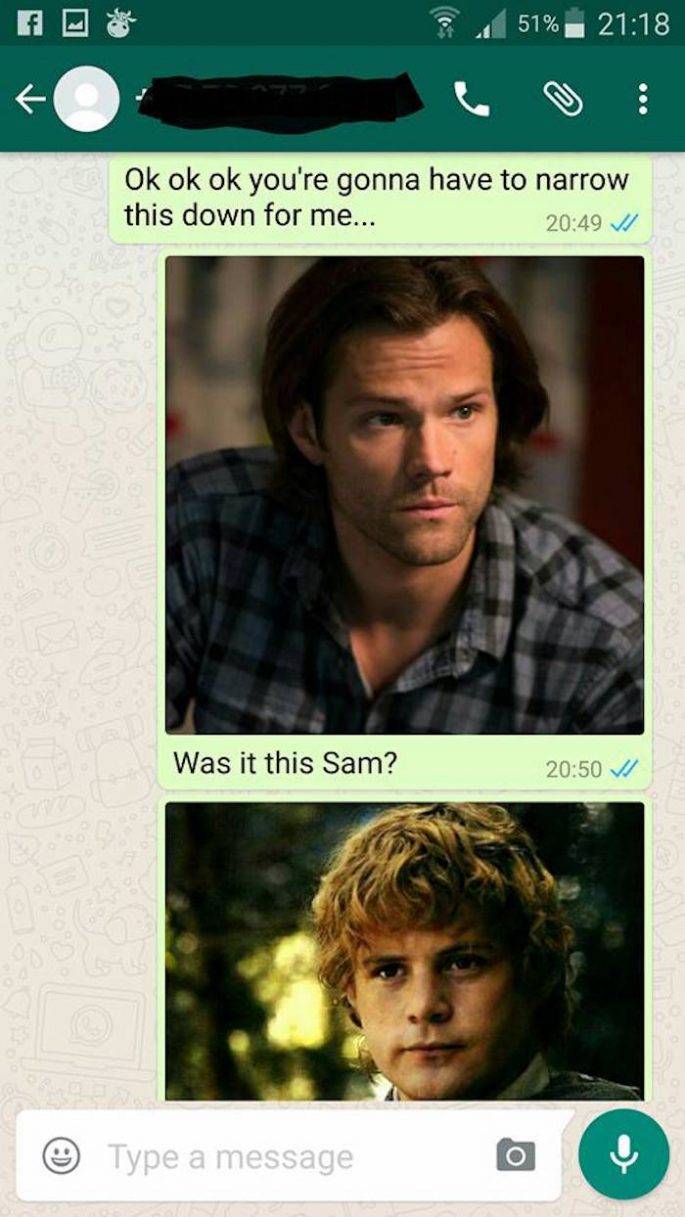 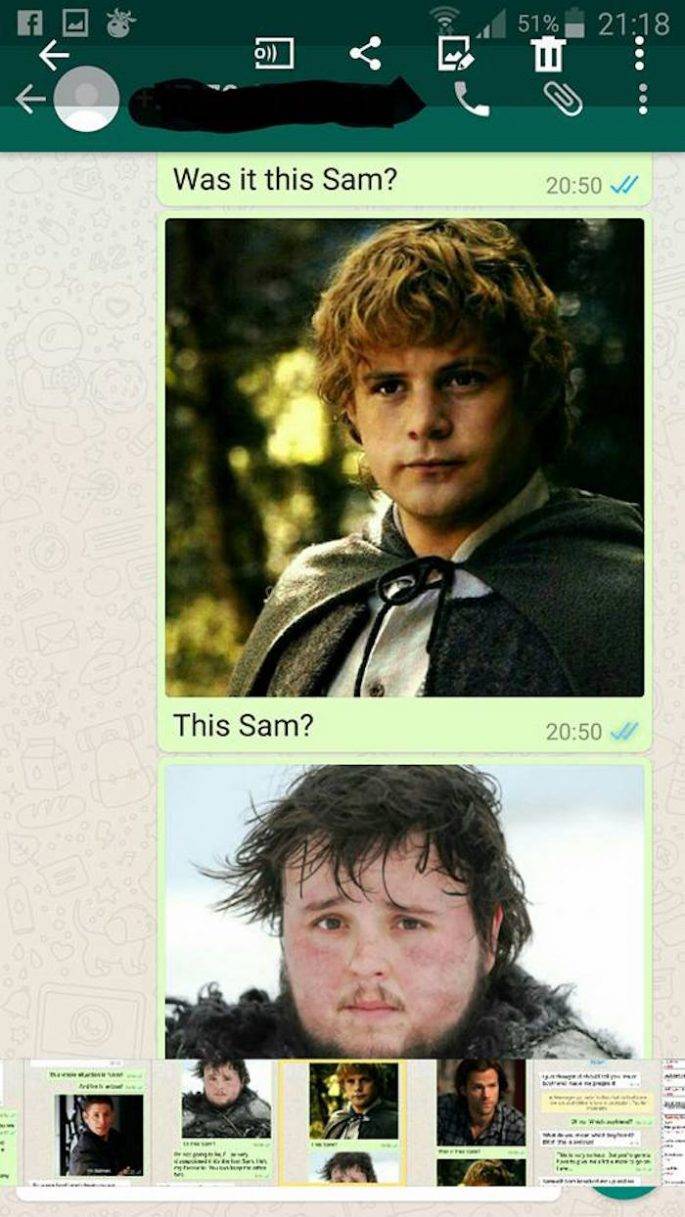 It’s pretty much a law of reality that if you correct someone you’ll misspell something. I don’t even bother for the most part nowadays.

I assumed it was intentional – to be annoying. 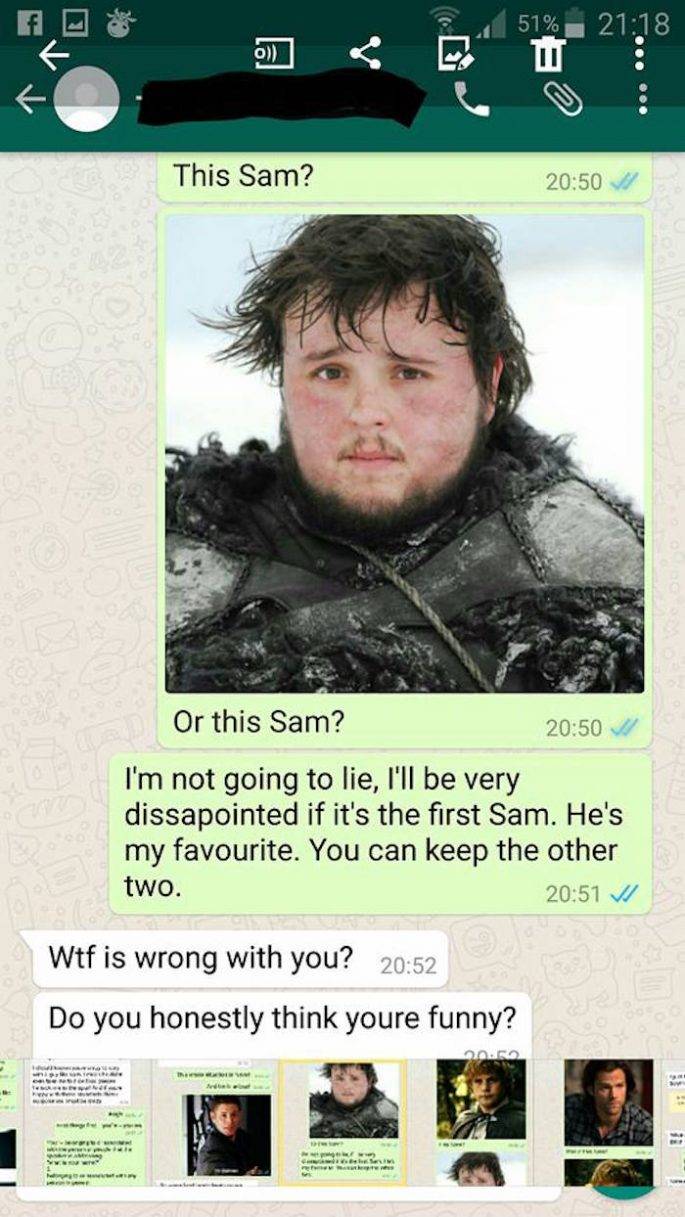 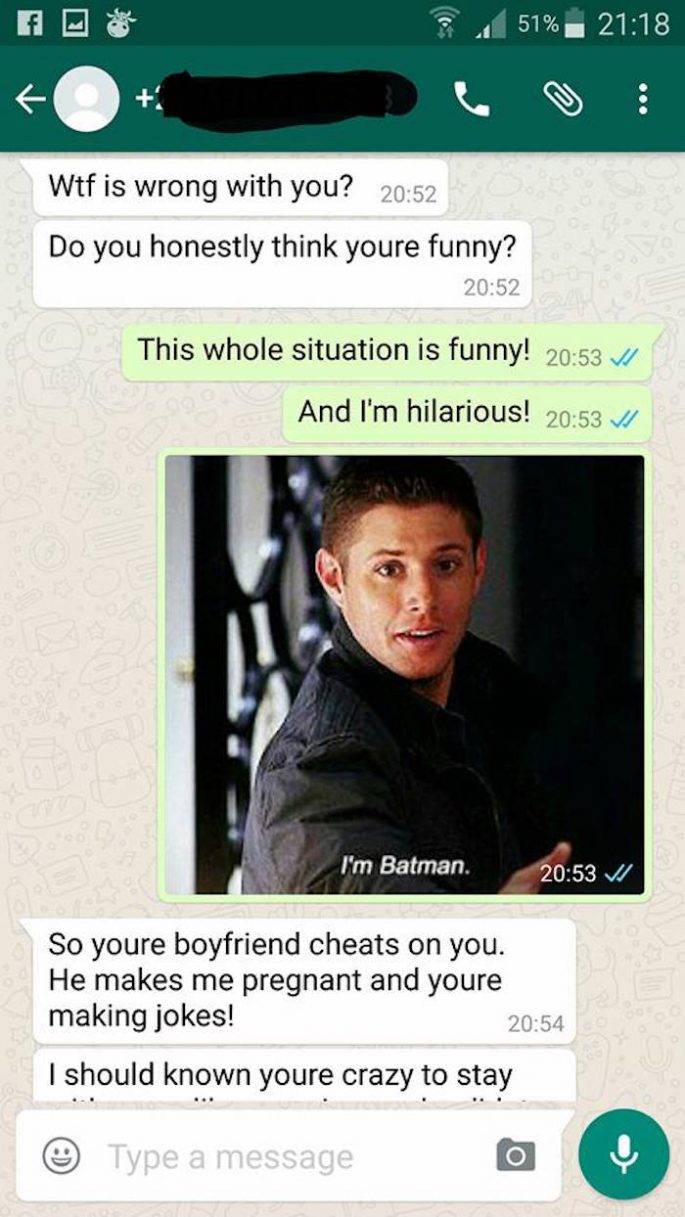 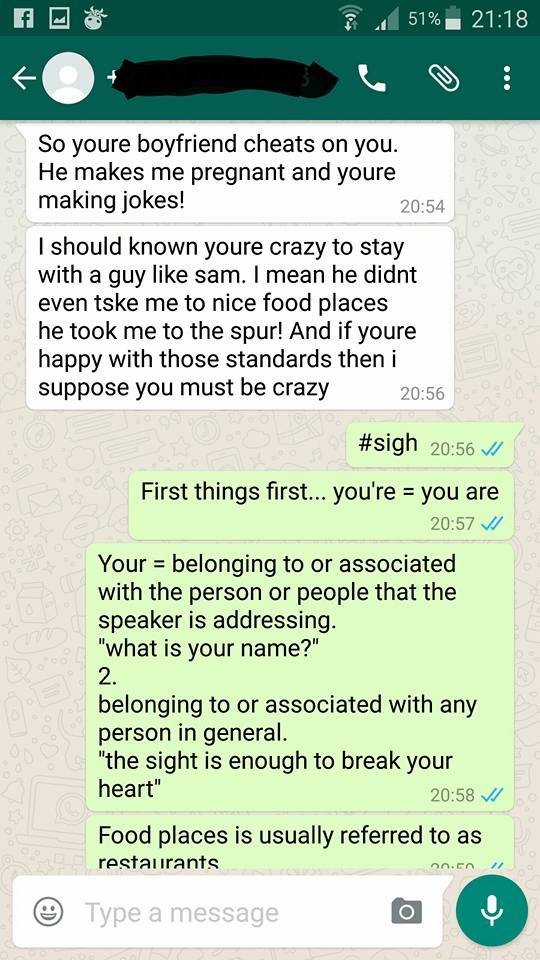 I don’t like the way she writes “he made me pregnant.” As if she had nothing to do with it. And also Dean > Sam.

Its fake, and probably written by the type of late teens to early twenties person that thinks feminism = misandry. 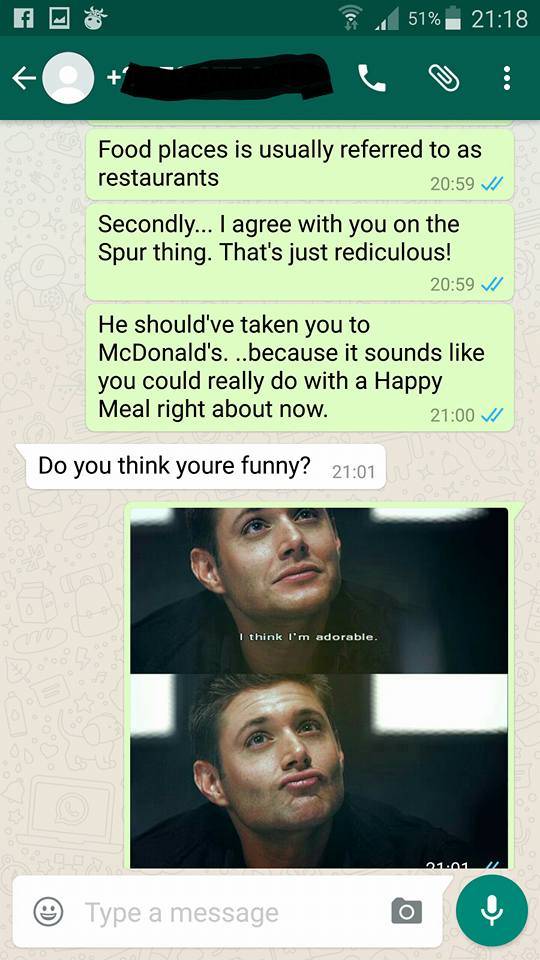 #8 Even Crowley is disappointed 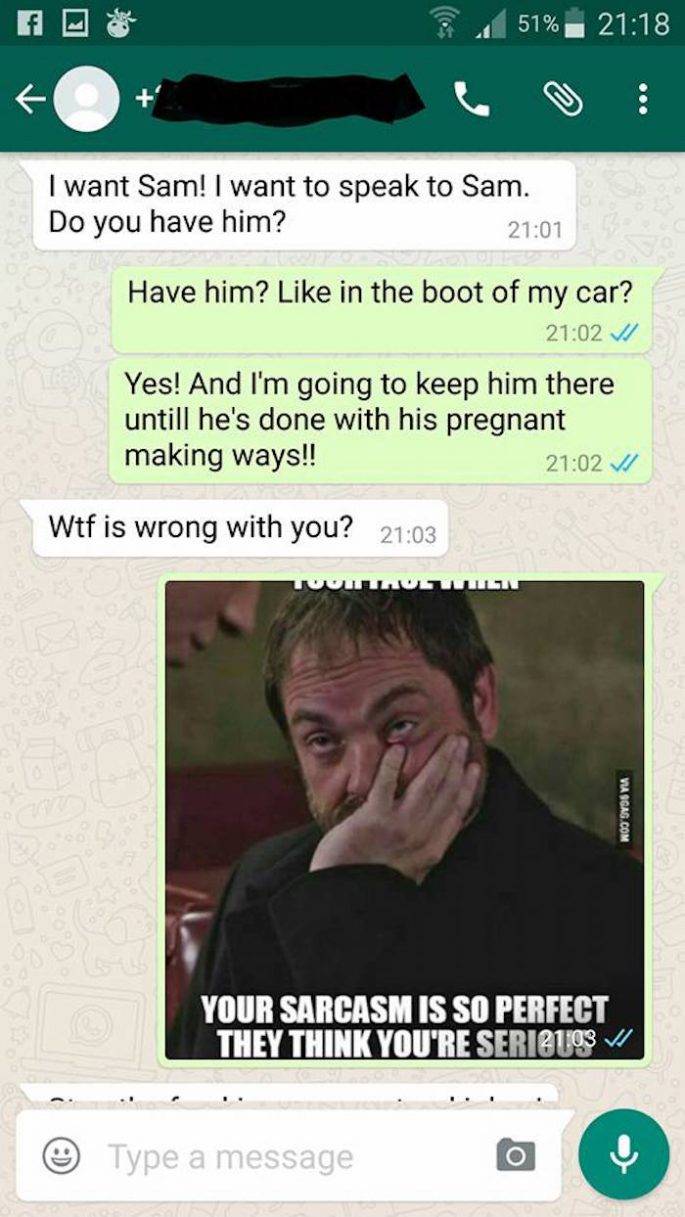 #9 No stops on the meme train 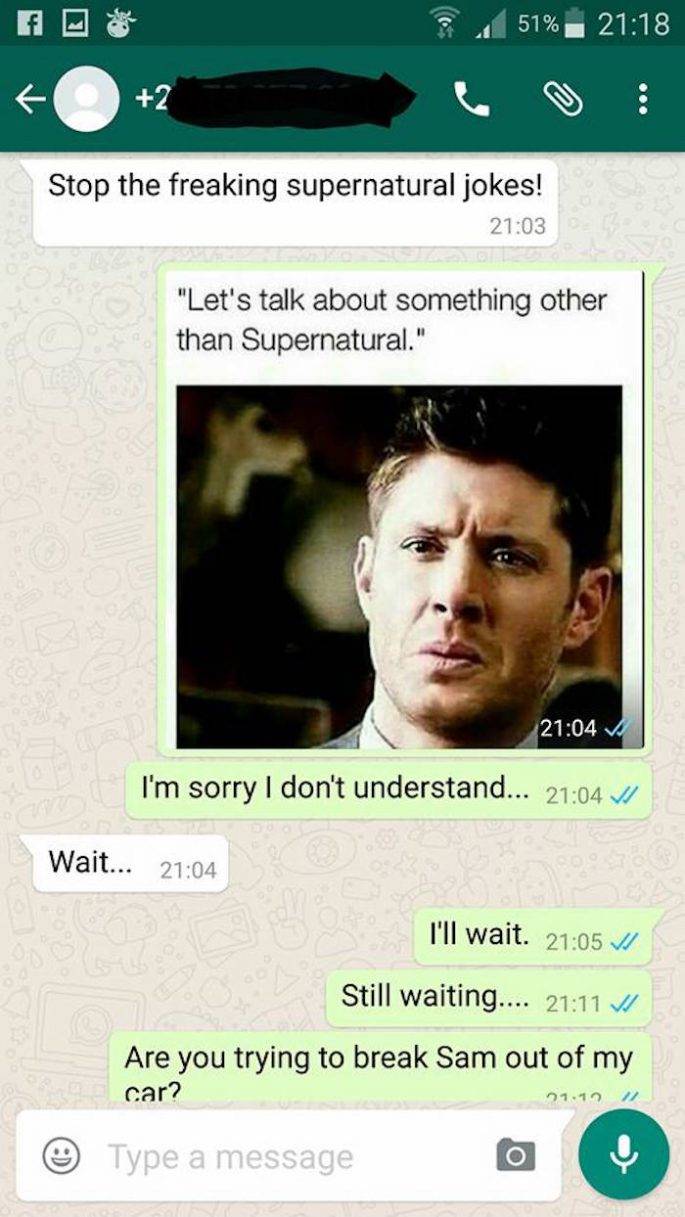 Those last two texts were so perfect

I was only somewhat amused until then. Then I cackled, cackled in the way only someone hearing a decade-old, rarely-used inside joke could.

I was smiling while reading the whole thing but didn’t really laugh until the last two texts. 🙂 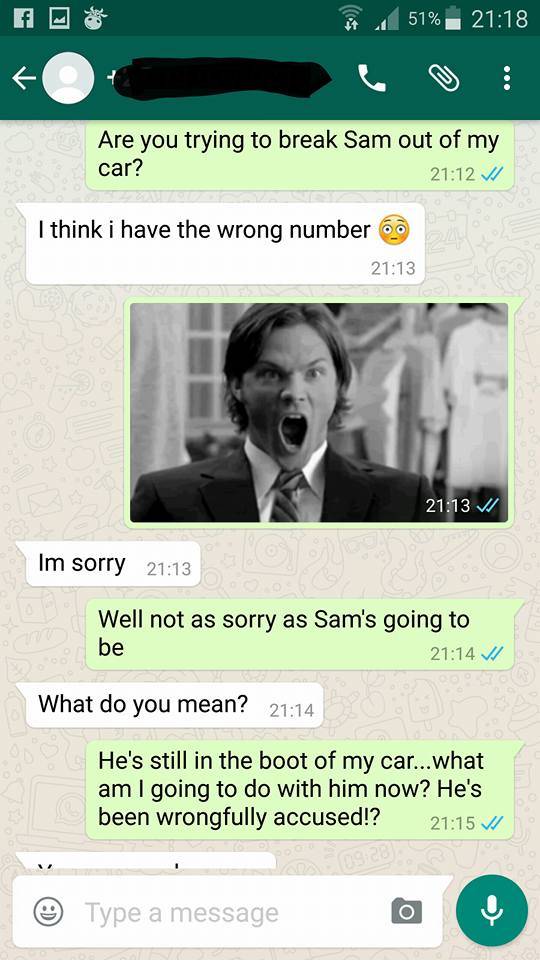 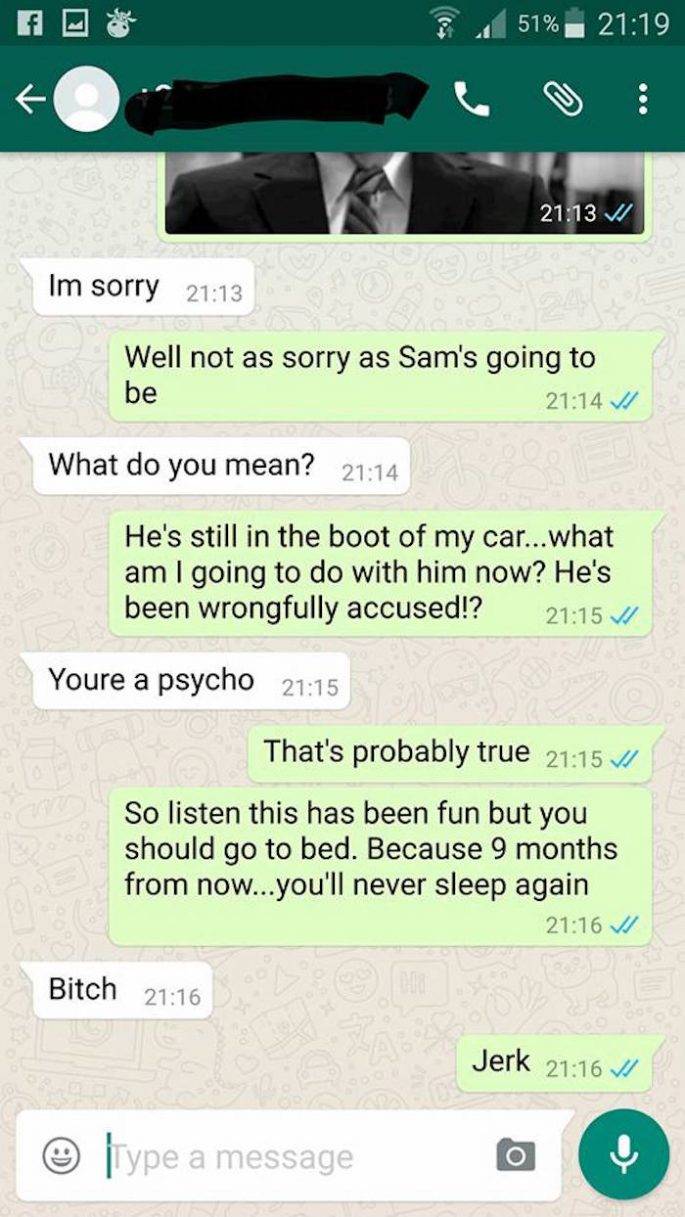 What did you think about this whole exchange? Tell us down in the comments!