This employee was treated badly by his or her employer, who warned him or her to “forget what they know” or face legal action. And they carried out their ex-instructions boss to the letter. When the tower of cards their boss had forced them to construct ultimately came crashing down 10 years later, the same boss was left with only one option: ask OP how to fix the whole thing. It’s simply a shame the instructions had all vanished and the OP had dutifully neglected the crucial facts. It’s a pity, it’s very sad.

What’s interesting is that this previous employer was in such a desperate situation that they had to return on their knees to an employee who they could have kept if they hadn’t been so desperate. The story is instructing, let us make you read it in OP’s own words. Don’t forget to tell us your feedback about it in the end.

1. This is the whole story in a nutshell 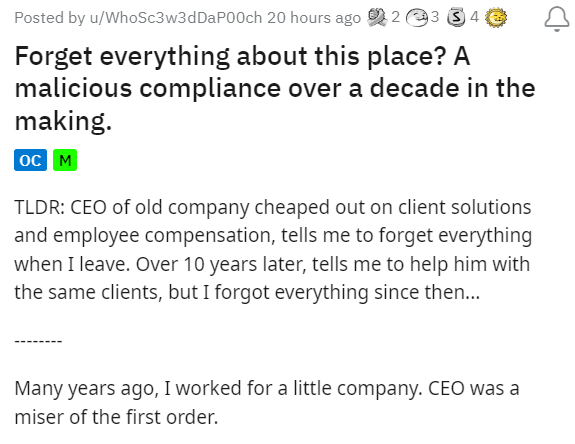 2. The CEO was a miser and was not willing to pay the required amount for an image hosting fee. Later OP got a promotion which required a  sign-off when OP refused, CEO asked to leave and forget everything, he complied 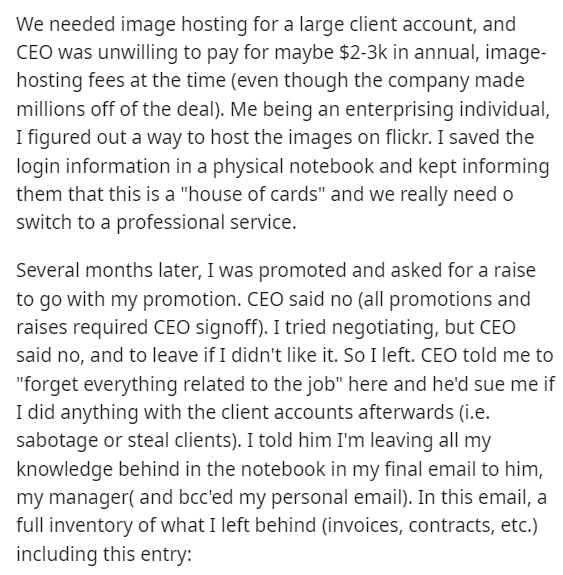 3. Several years later the same CEO messgaed OP that he needs help with something from the accounts, OP savagely replied that he had forgotten everything as instructed to; tit for tat 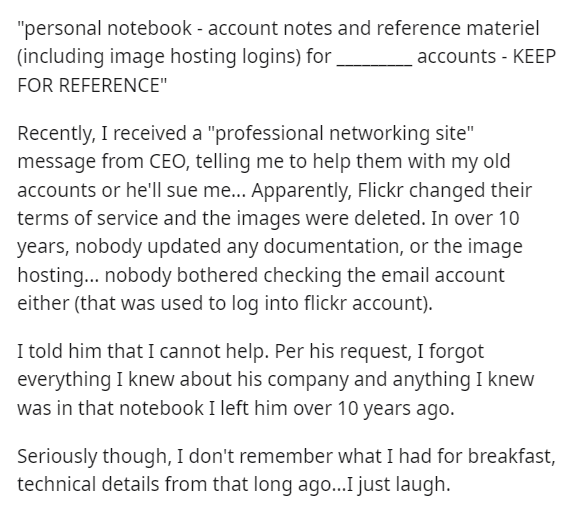 4. He was really clear about the “I’ll sue you” part 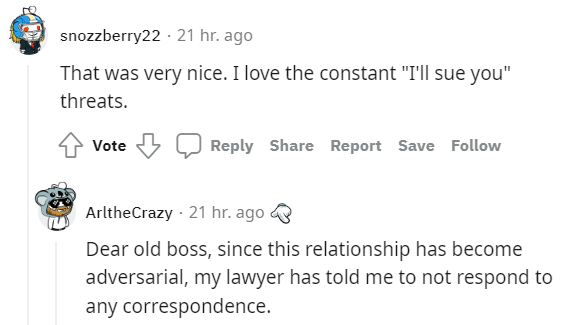 6. Guess we have a similar interesting story from a reddit commenter 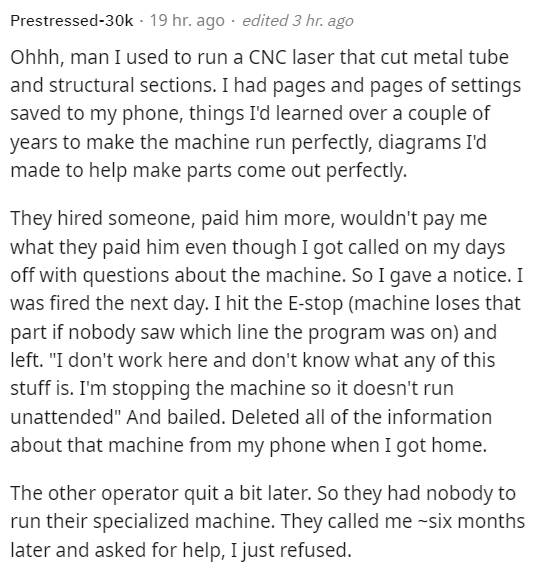 7. There was definitely a lack of planning 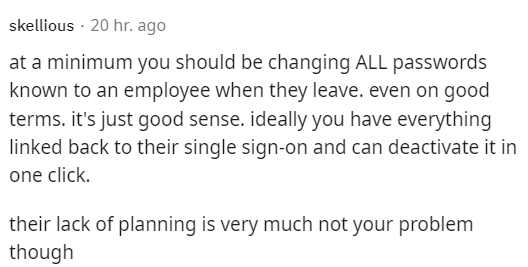 9. This makes all the sense now 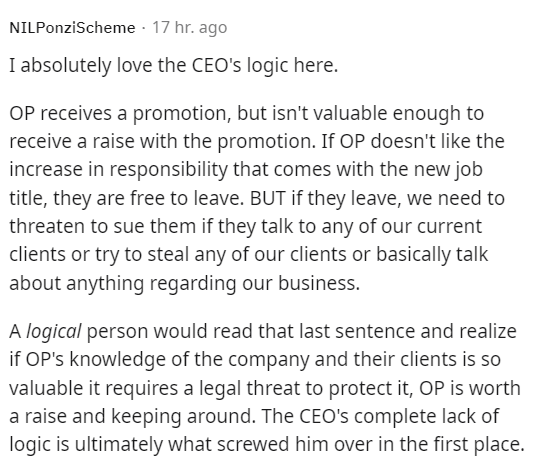 Advertisement
Via WhoSc3w3dDaP00ch
So now as you have read the story, what are your thoughts? Did you ever get yourself in something as this? Do share your feedback with us in the comment section down below. Stay tuned for more!