You can’t expect that things will always g your way.

However, many people in higher positions in their jobs don’t think this way. They think they are exempt from day to day work problems and that they only have to ‘supervise’. Just hiring a new employee at the last minute doesn’t mean everything will be fine for you. And even though so many people have lost their jobs over this, many still don’t take the chance to learn from their mistakes.

That is what happened with this manager. You see he was aware his employee was quitting and the employee had even given the manager notice if he wanted him to train the new replacement. However, the manager decided not to listen to the warnings and waited until the last minute. As you can probably imagine, it didn’t go his way but is anyone even surprised?

I don’t think anyone is able to learn everything in just a few hours. 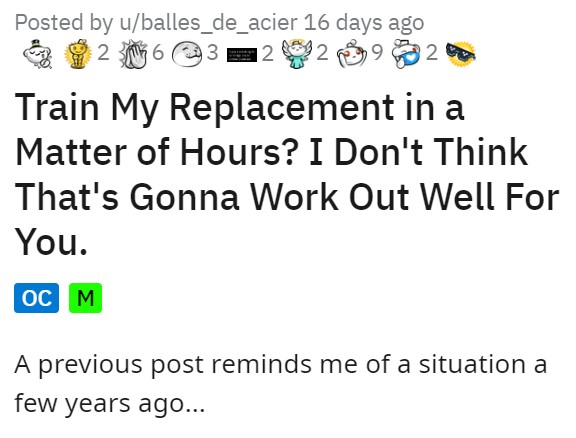 And especially not a job as complicated as this one. 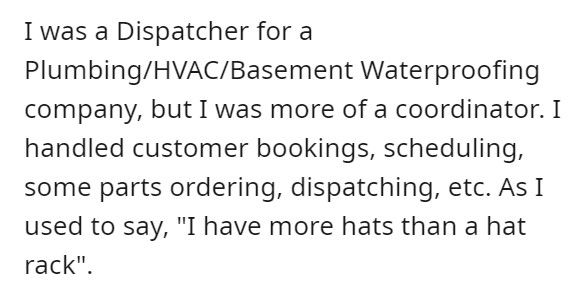 The boss already sounds pretty bad considering he had to buy his own computer. 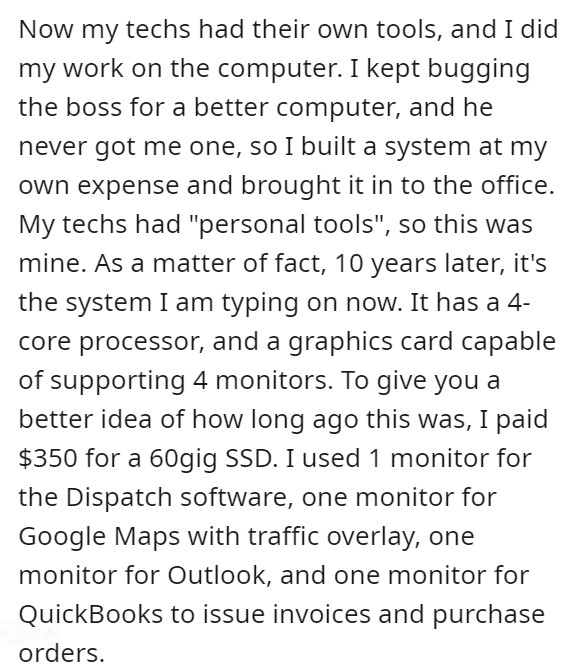 The employee did everything right, even gave a 3 weeks notice. 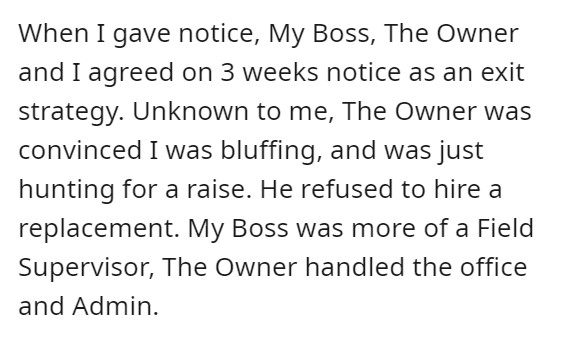 Now it was up to the boss to handle his side of the job. 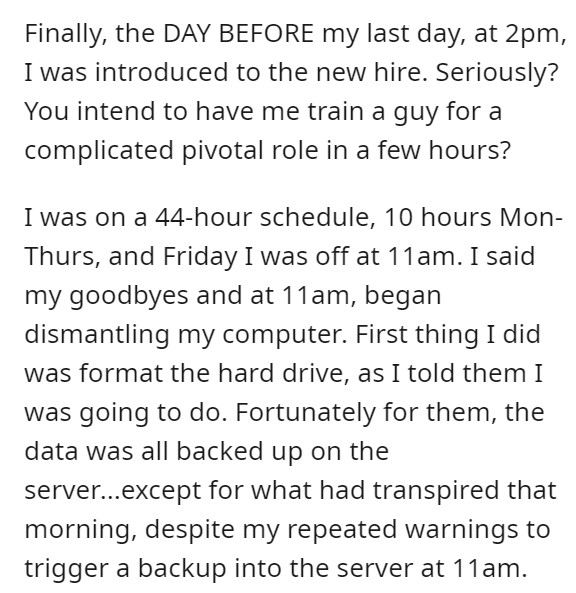 The new worker may have tried his best but there was nothing that could save this from a dumpster fire it had become. 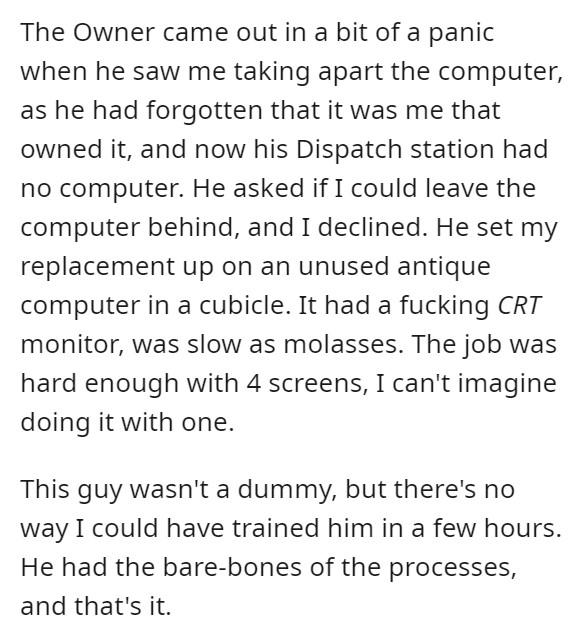 Really poor judgment on the owner’s part, not providing an appropriate computer for such an essential and complicated job. Even after OP brought in their own computer to do it, the owner should have realized that the fact that they did that means they really needed it and should have offered to reimburse them the costs.

Essentially buying the computer off of them long before OP even considered leaving. –GovernorSan

And things just kept going downhill from there. 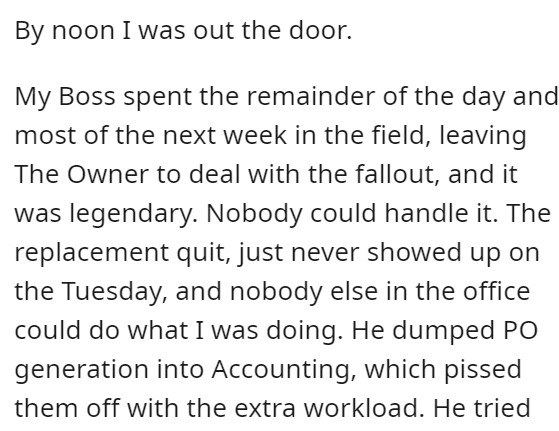 More and more people started quitting after that to no one’s surprise. 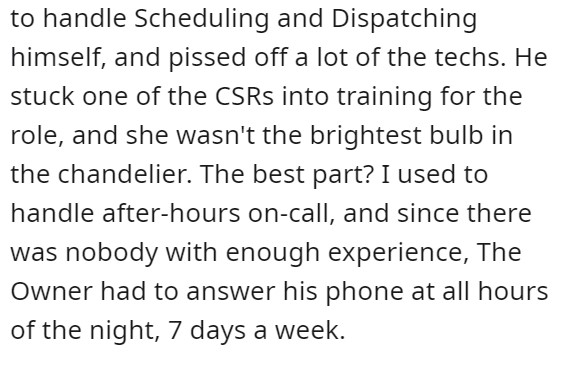 And turns out everything ended well for at least the employee. 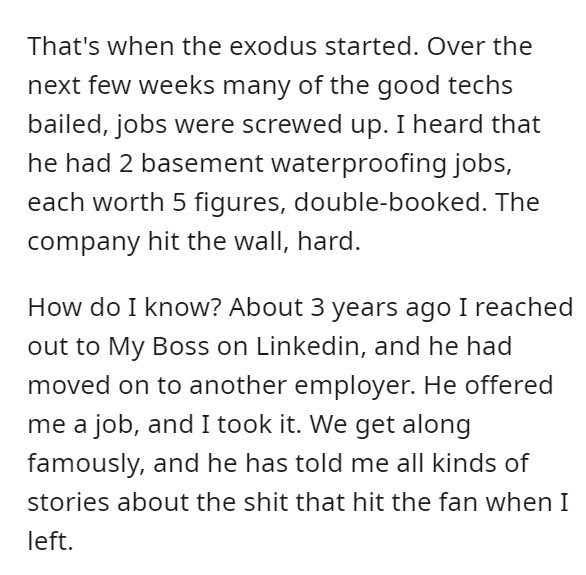 Honestly, the supervisor should have seen this coming. 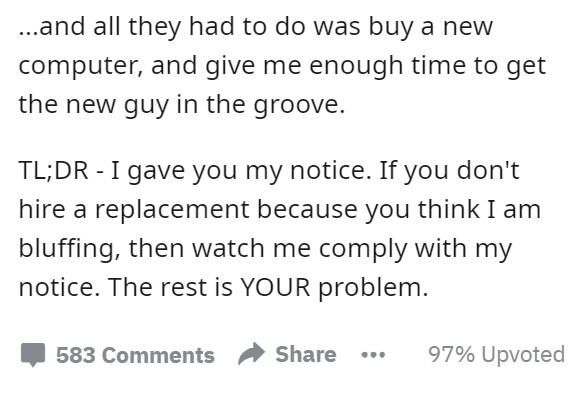 It really isn’t that hard. 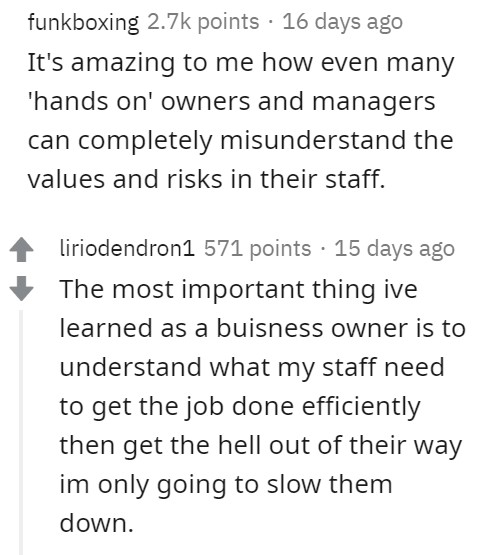 Denial is never a good thing no matter which way you look at it. 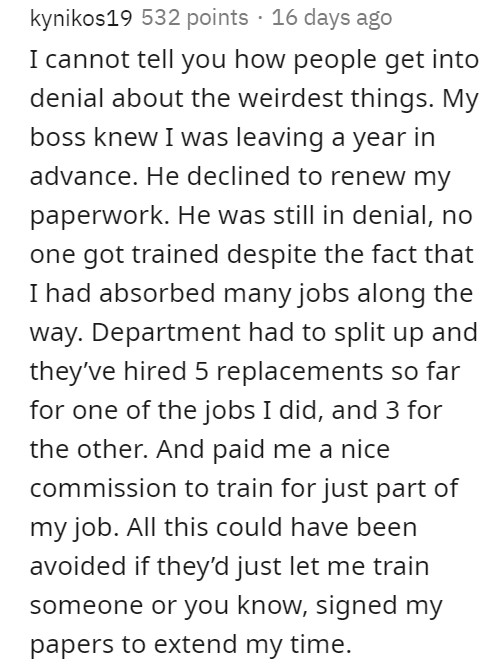 There was no way you were properly compensated for doing that many people’s jobs. I hope you found an employer who values you more. –CongregationOfVapors

What are your thoughts on this malicious compliance story? have you ever done something similar? If so why not share with us in the comments below? We would love to hear from you.