Touching someone without permission should always be a no go.

I can’t believe I even have to say this but touching someone in any way without permission is never okay. Especially in this pandemic. But it seems some people are okay resorting to these sorts of tendencies whenever they don’t get their own way. Yes, I am talking about the entitled Karens.

I have no idea when they will learn but it seems they are getting worse with time. Now, Karensare even grabbing people forcing them in awkward situations just because they think everyone is a liar. Even if an employee is on the phone or being rude towards you, you still don’t have the right to grab them. But somebody needs to teach this basic thing to these people.

I have always been called older than I am but that does not change anything in this situation. 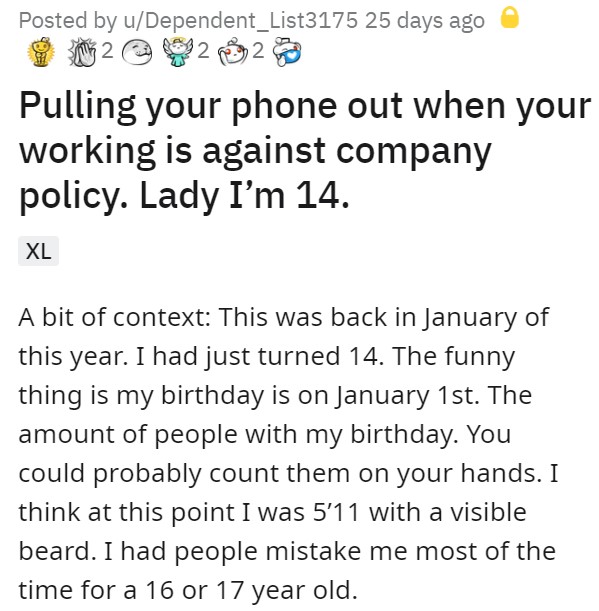 Okay, That is actually a very sweet gesture. 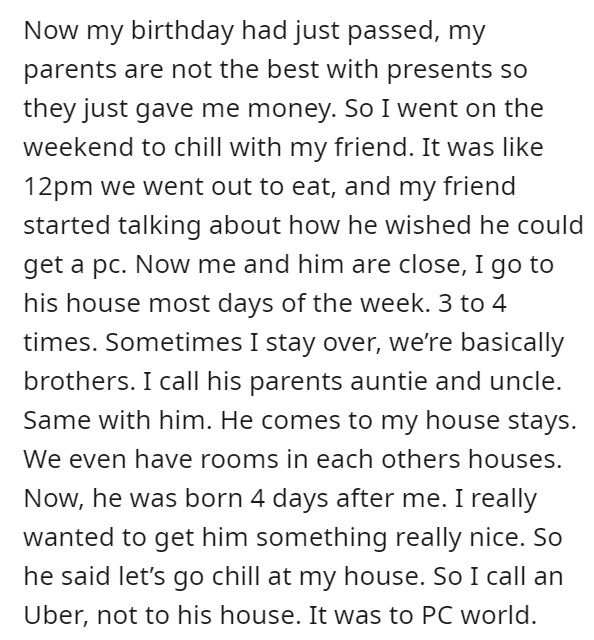 I wish I had friends like these, Even I need a new computer. 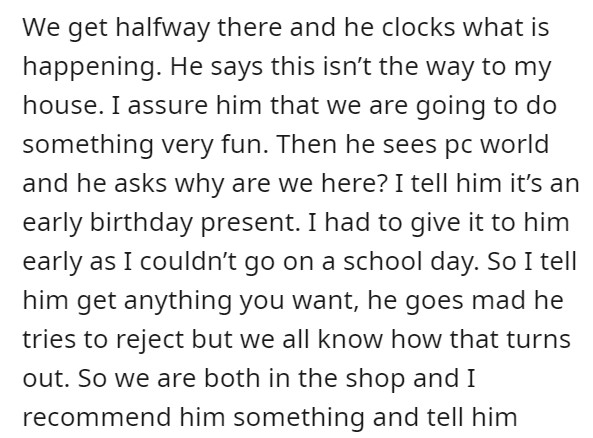 It should be clear that he doesn’t work there. 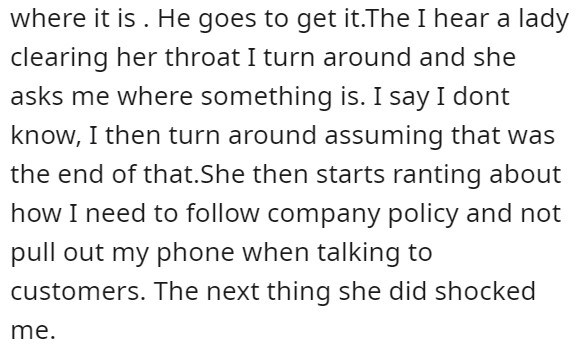 Anyone would do the same thing in this situation. It is a basic human reflex. 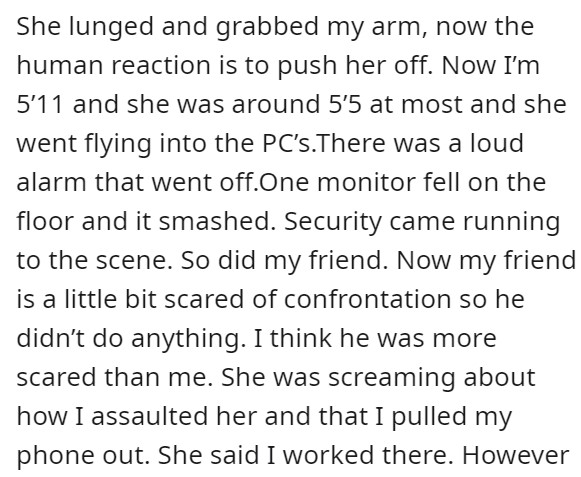 Why do these ignorant psychos always feel the need to just put their hands on people, yet get all shocked and surprised and pissy when those people return the favor? –k1r0v_report1ng

At least they got a discount. 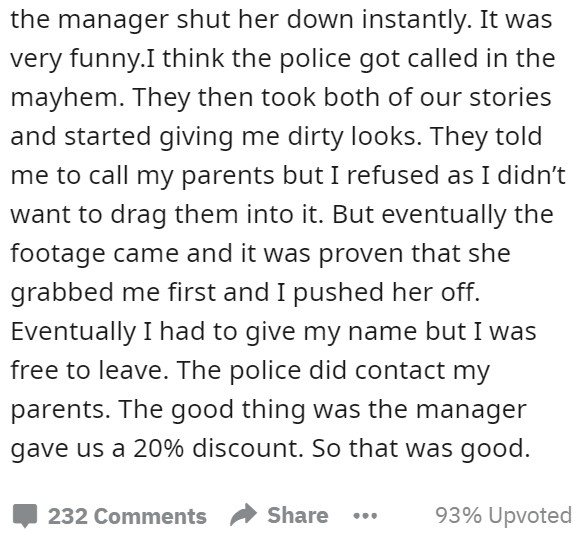 It is never right but employees are not human right? 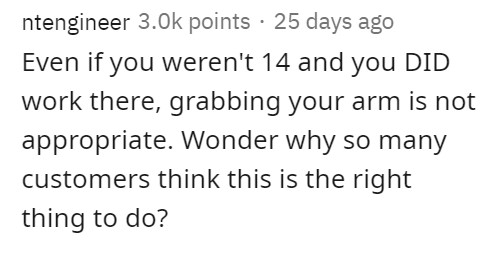 In this scenario, at least the way it’s told, I’d be betting on the lady was planning on this whole thing happening from the start so she could sue the business. Since OP didn’t work there it severely backfired.

Don’t get me wrong even if OP did work there, she still would be in the wrong, but a business would likely settle before going to court if an employee is involved in an alleged assault. But a customer dispute? No way in hell I’d settle. –Arch_Wolf 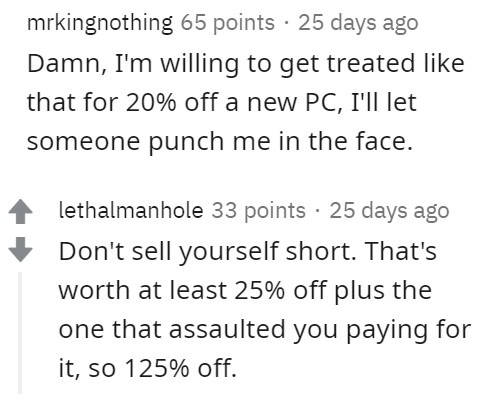 It’s not as uncommon. My mothers birthdate is 1st January as well. 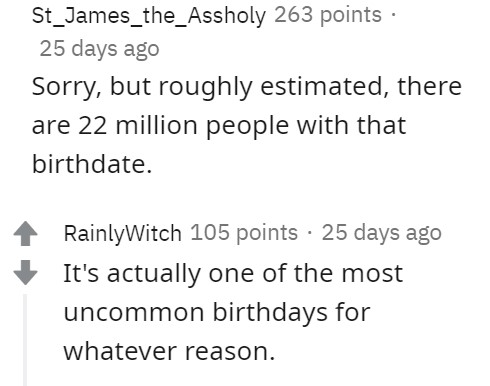 It’s a very kind thing to do in this day and age. 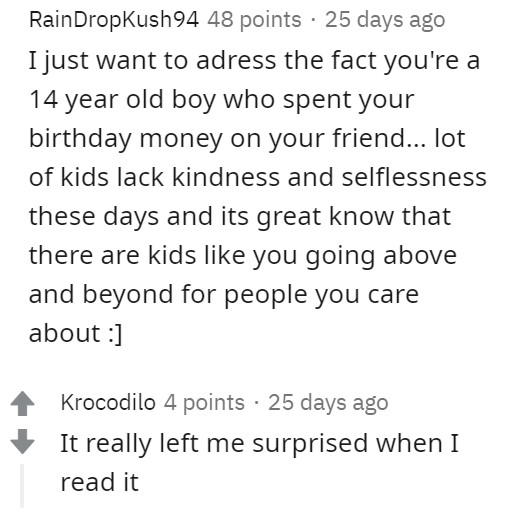 Maybe she did, We would need an update on this story. 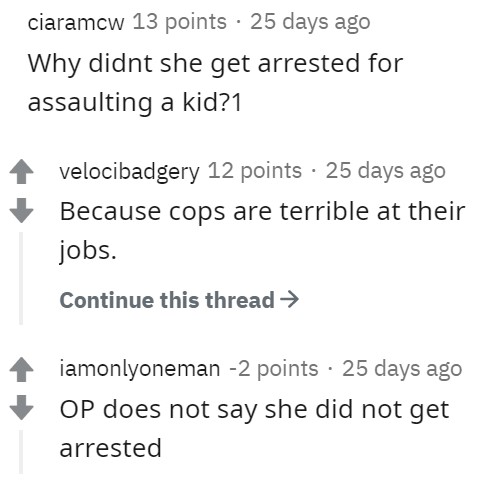 What do you think? Do you think she wanted a lawsuit so the company would settle with her? Comment down below and let us know.