It is getting very difficult to identify scammers these days. Back in the days it was usually just a Nigerian guy on the Internet trying to sell you something or offer you eternal love, sometimes it was a phone call saying you won the lottery. But times are changing and scammers have learned new tactics. You can’t judge who a scammer is by their looks these days. They could be disguised as a well off family just having a Christmas dinner together at a fancy restaurant. Receiving services and consuming products means that you owe the service provider money. If you don’t pay them, you are definitely doing something illegal.

This family was recently exposed on Facebook for eating at a restaurant and ordering Lobster. Then whilst eating, they claimed the lobster wasn’t fresh and refused to pay the bill. The restaurant released an official statement on social media and also revealed the family’s identities to warn others. Read the whole story down below:

They came to the restaurant on the 25th of December and ordered a lobster with wine. While they were eating, they complained that the lobster was not fresh. 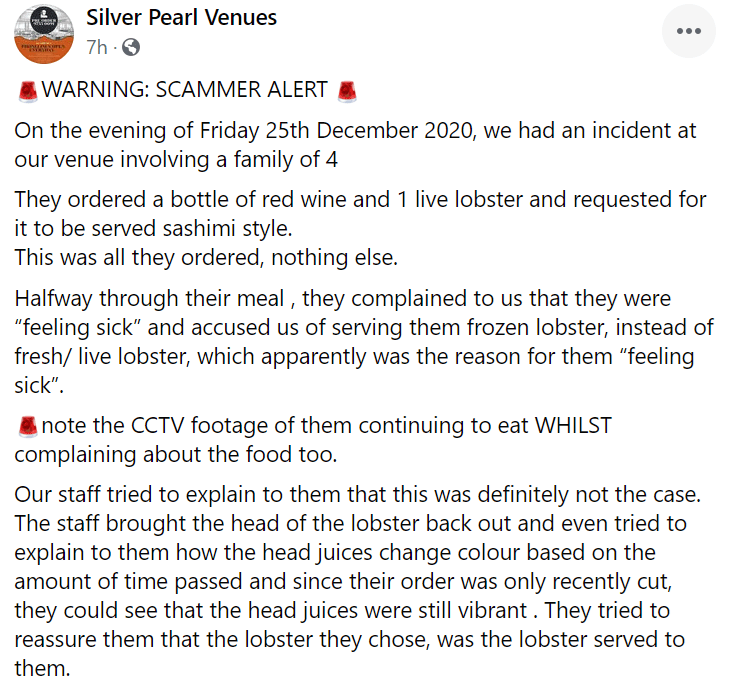 Even though the staff proved that the lobster was fresh, they still refused to pay the bill. But later on that day, they ordered the same meal at another restaurant. 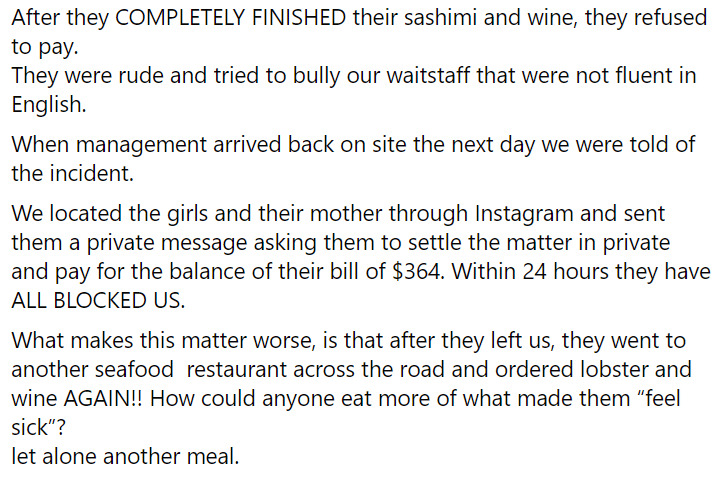 So the restaurant exposed them to warn others of this fraudulent behaviour.

This was the family. 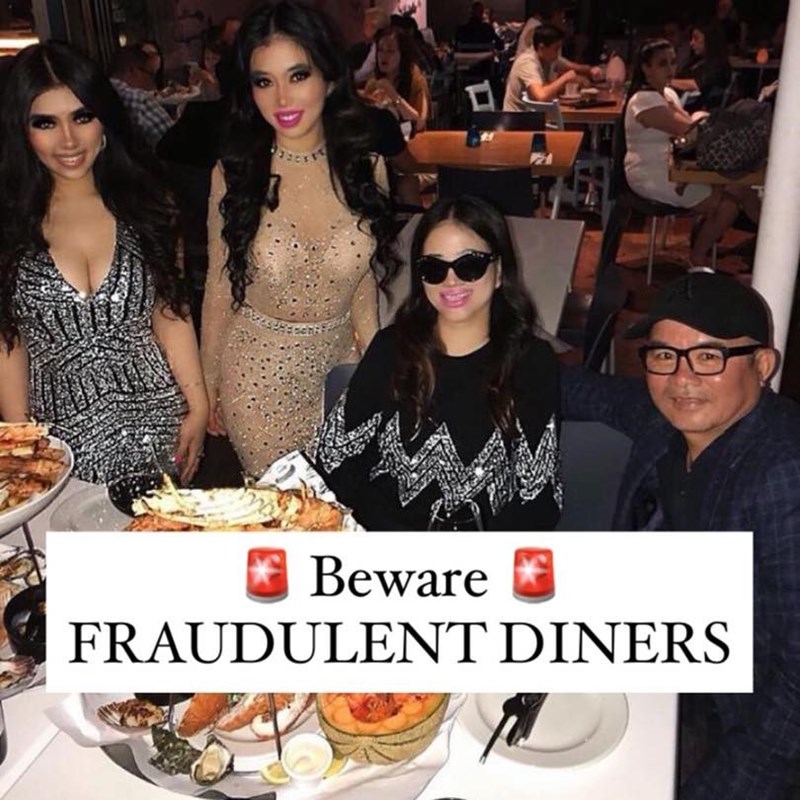 The restaurant even had CCTV footage of the whole incident. 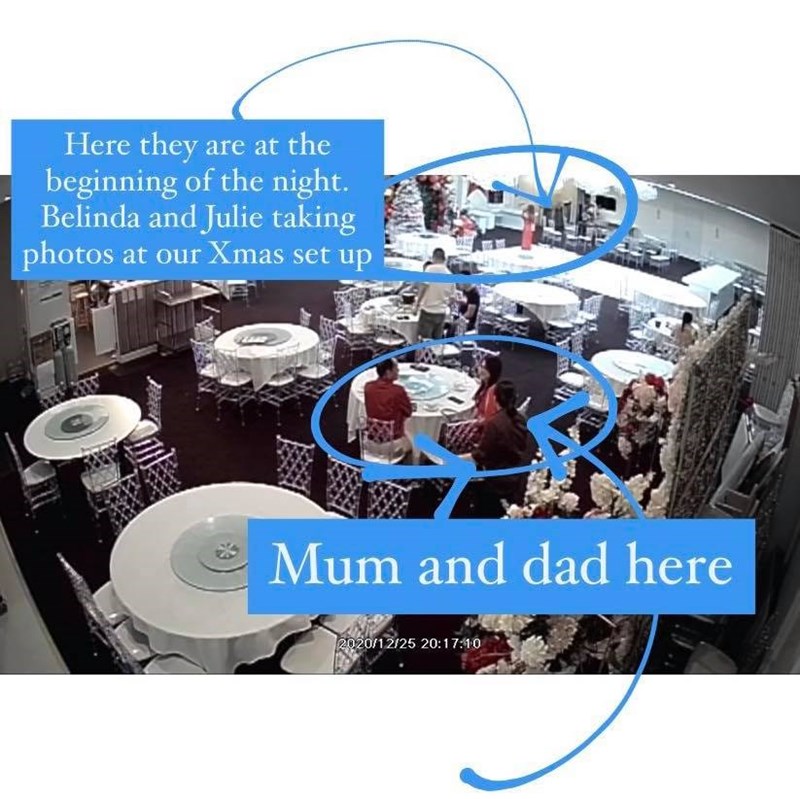 The family was uploading stories of their visit. 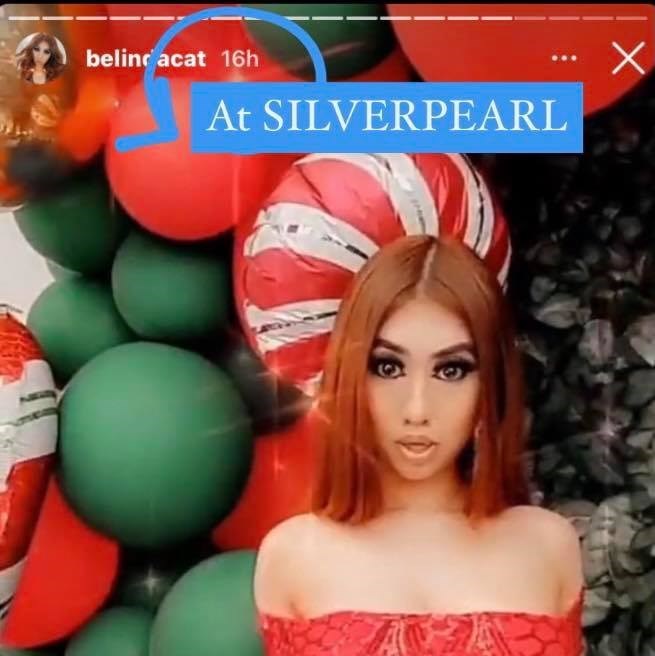 And even uploaded a story of the other restaurant they visited later. 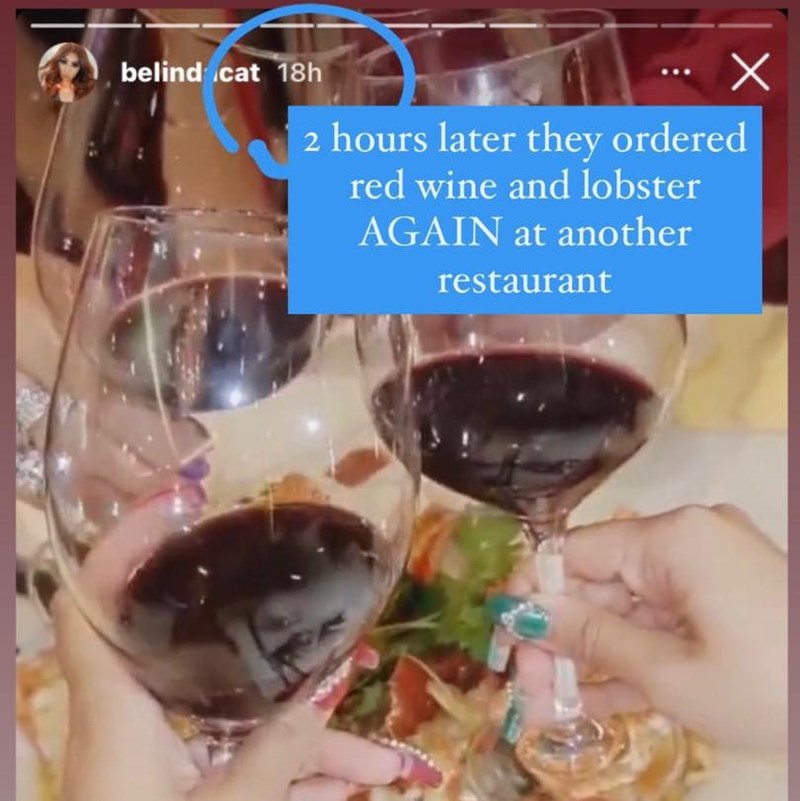 Here is a still from the footage showing they were eating and complaining at the same time. 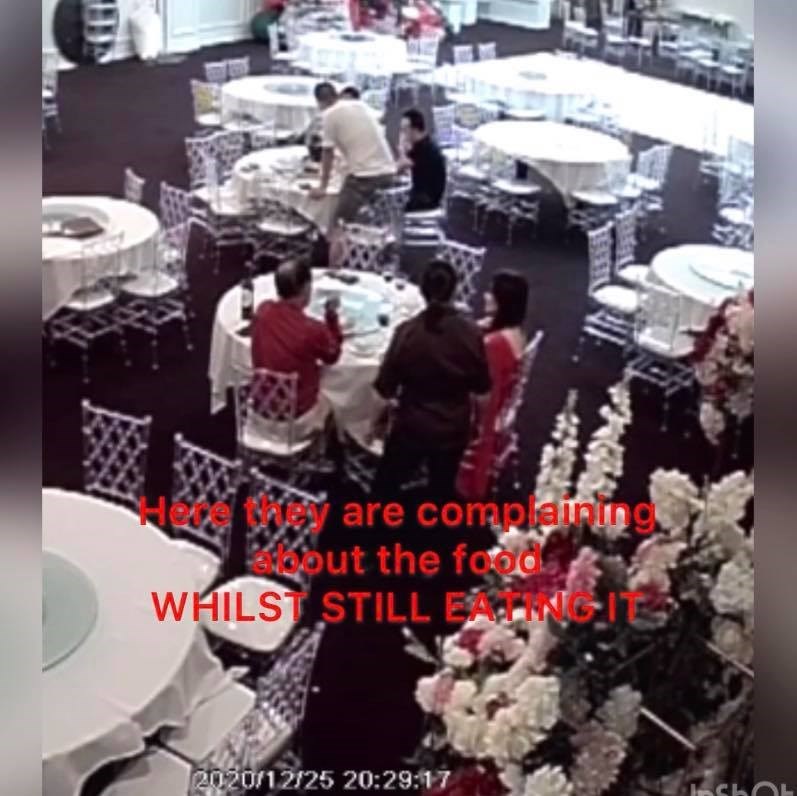 They blocked the restaurant. 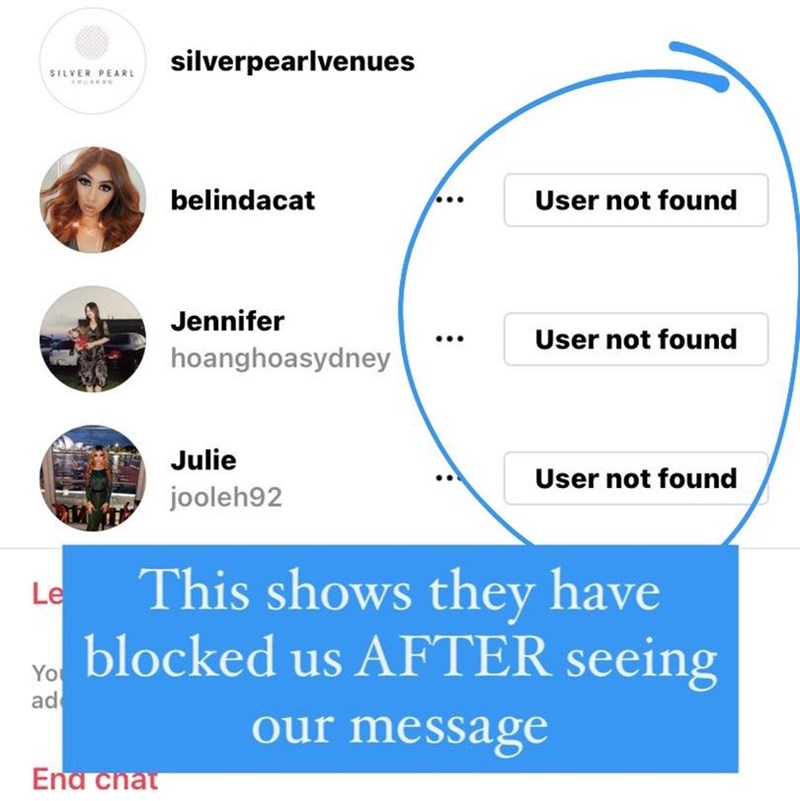 This is what other Facebook users had to say about the incident:

This is just ethically and legally wrong.

You can’t get food poisoning immediately.

Why are influencers misusing people?

This person wanted to troll the family. 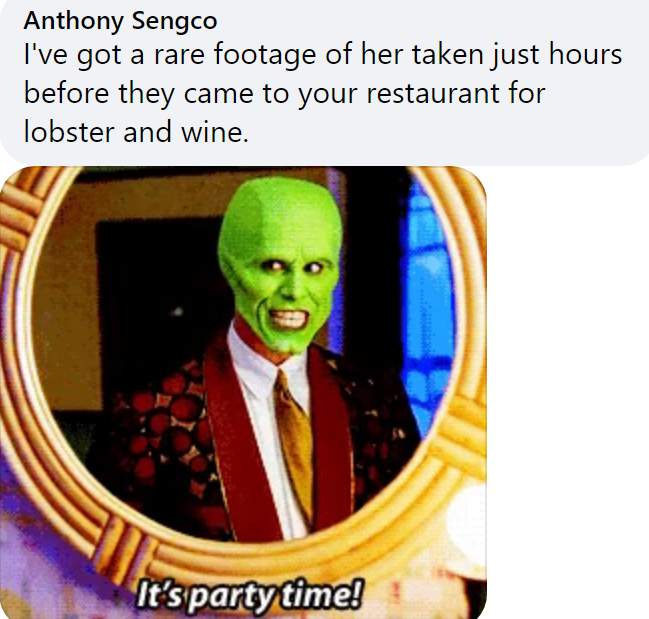 What do you think of this incident? Should the family be punished? Share your thoughts with us in the comments below!