There are really shameless people out there.

We came across a very interesting story shared by a Reddit user. In that story, he shared how he started walking the dog of his elderly neighbor who can not keep up with her dog anymore. The guy felt extremely bad for his neighbor and the poor dog as well so he kindly offered help to the elderly lady by asking her to allow him to walk her dog for her daily whenever he goes out on a jog to which she eagerly agreed and sealed the deal by giving him freshly baked cookies once a week.

A younger neighbor was not really happy about the whole situation though. She kept pestering the guy very annoyingly and repeatedly to walk three of her dogs as well, for free, even though he had refused her multiple times before. She literally kept demanding him to do that until he was not able to control his anger. Keep on scrolling down to read the whole story in detail and let’s hear about your opinion on this…

1. He starts by explaining a little background story. 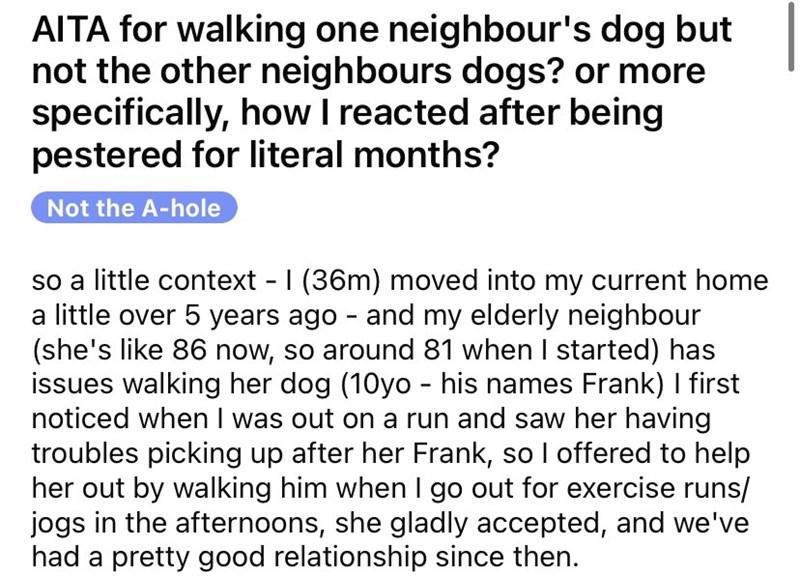 2. He refuses to take that lady’s dogs on walks for a valid reason which infuriates her. 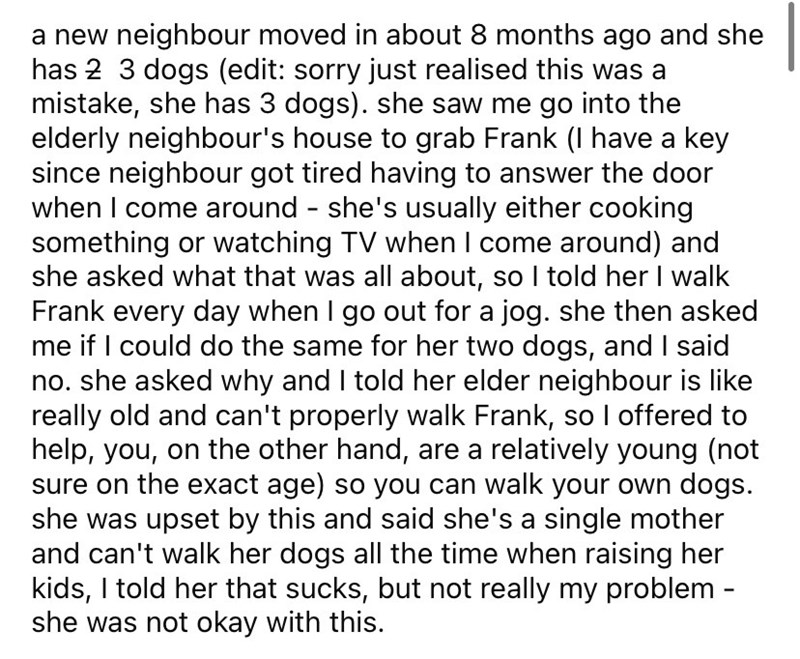 3. The guy clearly annoyed by her repetitive questions, yells at her and she still keeps asking him to walk her dogs even though she clearly wrote in the letter that she would not. 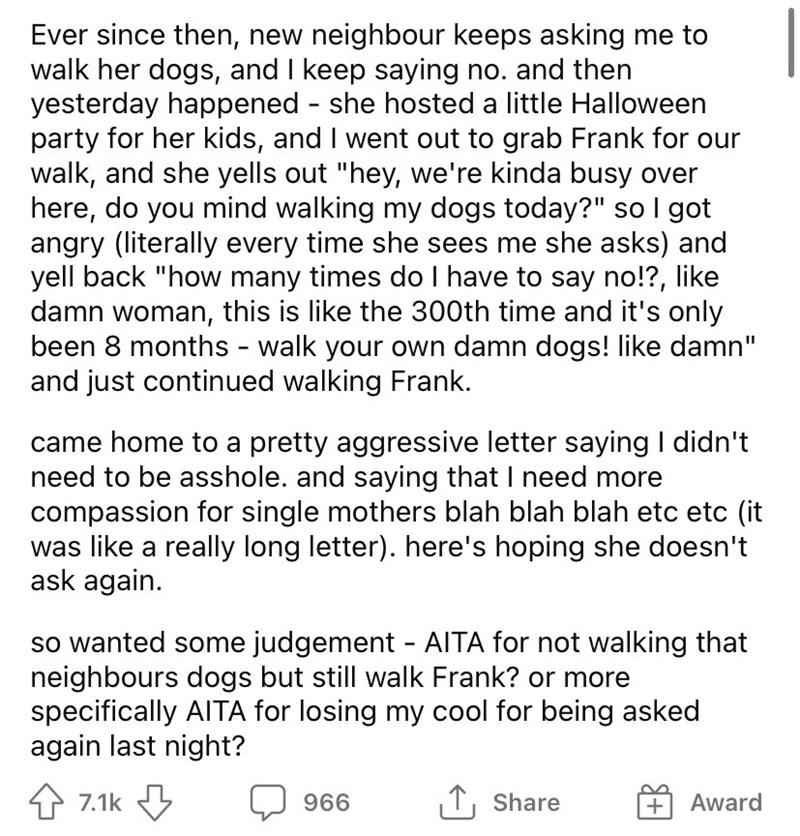 4. It is really very kind of him to do such a sweet thing for his elderly neighbor. He definitely did the right thing, he is not obligated to walk every dog in that neighborhood. 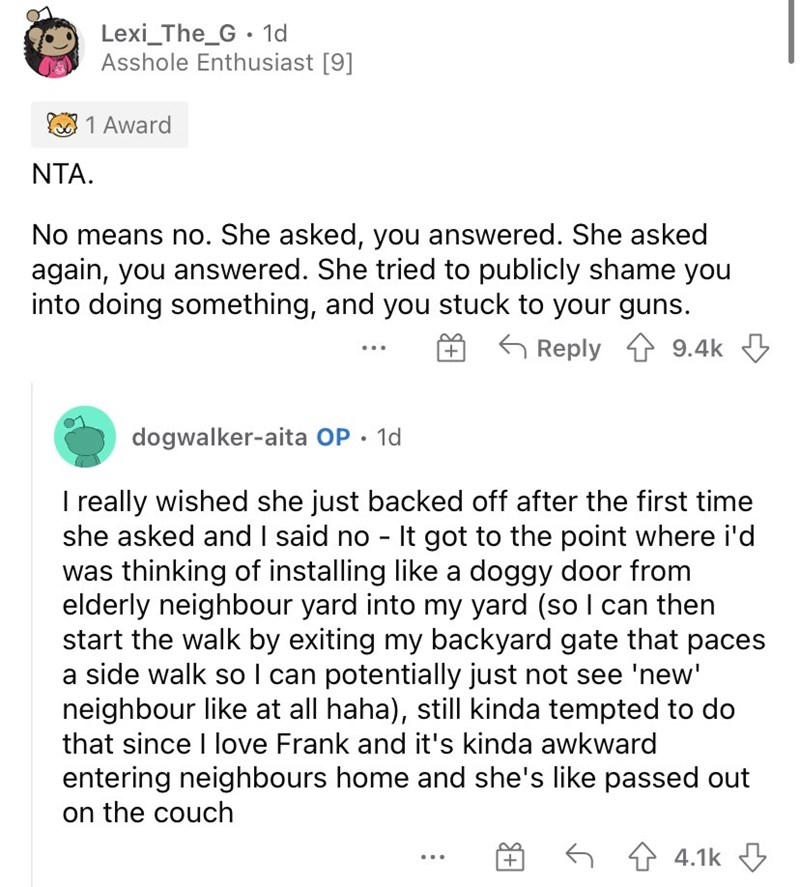 5. Exactly, she is expecting free labor from him. 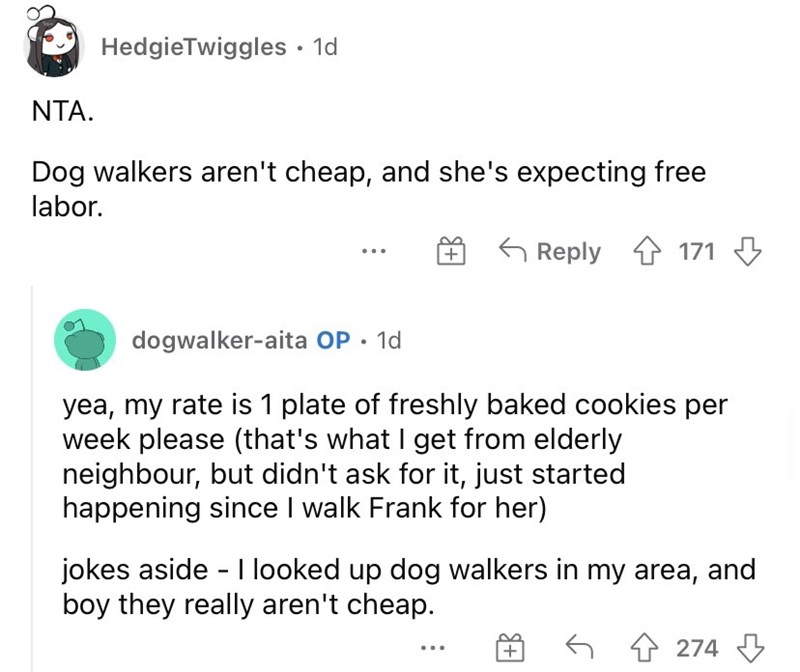 6. She really should have left it alone at the first failed attempt. 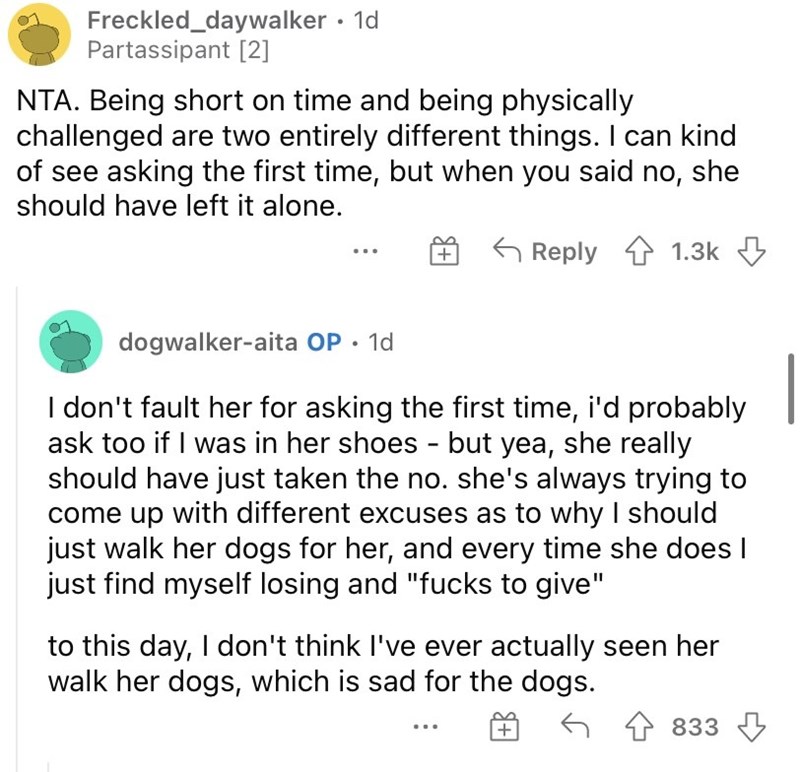 7. Some people are really shameless. 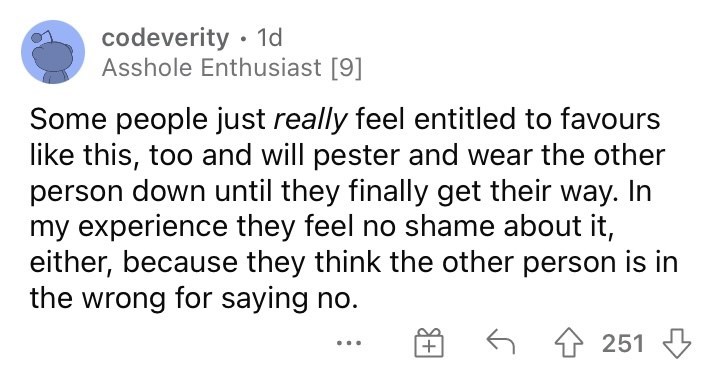 8. Oh, that would be so hilarious. I can already imagine her reaction to that and she will probably write him another letter about how bad of a person he is. 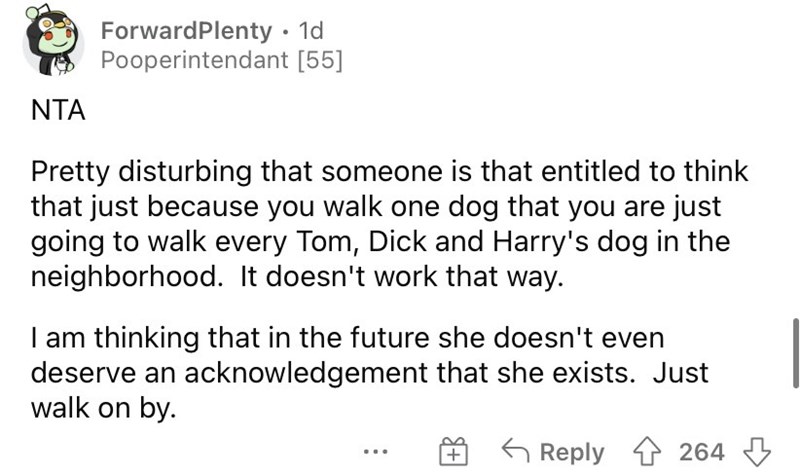 Even I am so annoyed by her nagging self, I can only imagine how that guy must be feeling. He must be getting second thoughts, at one point he probably could have considered stopping to walk that elderly neighbor’s dog to get rid of the younger neighbor and her annoying repetitive questions. Which would have been very upsetting for the elderly neighbor, the guy and the dog as well. Keep on scrolling down to read more comments of people… 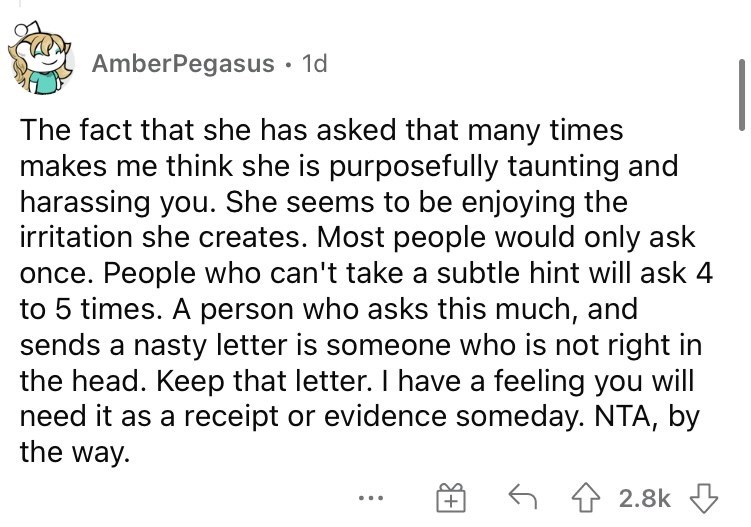 10. Indeed, it is extremely rude of her to demand him to walk her dogs. 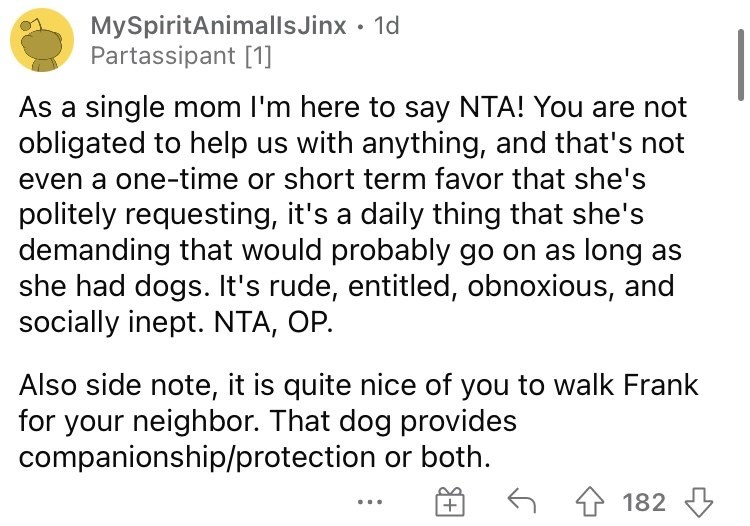 11. I do not understand why people get pets when they can not afford or look after them.

12. It is really unbelievable that there are real people out there who emotionally blackmail other people into doing their work for them out of pity.

13. Imagine a person who can not even take proper care of one dog actually has three of them in total. She should really consider re-homing them.

14. That was actually a very stupid and unnecessary letter.

We can only imagine being in that guy’s shoes, being stuck in such an irritating situation with a lady like her really sounds painful. What are your opinions on this situation? Did he do the right thing or not? Let us know in the comments down below…