It doesn’t matter where you work, you have to deal calmly with a lot of people you would rather punch in the face. Obviously, you have to think first about all the bills you have to pay to run your house than to screw sh*t over and lose that one source of income you have. You have better things to focus on in life than to think of that one idiot who came in like a wrecking ball and ruined your perfectly good day. Although you can completely destroy that a*shole, but there are certain workplace ethics and code of conducts that stop you from doing so. You can’t really say anything to shut these people down. So, you just keep yourself calm and ignore.

Just as Charles Bukowski once said “The problem with the world is that the intelligent people are full of doubts, while the stupid ones are full of confidence” Karens don’t hesitate or shy away from making their presence felt. They feel like it’s their right to disgrace anyone in their way. Especially, if they are employees at a store or waiters at a restaurant. However, some employees have had enough of their bullsh*t and now it’s time that they be put back into their place. We came across an interesting Reddit post about an ex-employee of a hardware store, speaking up and getting back at a Karen because well, he can. He now has nothing to lose and he’s free to say what everyone else around have always wanted to say. He knows how it feels so he’s not coming slow this time. So, here’s the story of how an ex employee chews out Karen because customers can say anything. Scroll down to read the complete story.

No platform is the wrong one for a Karen story. They are everywhere… 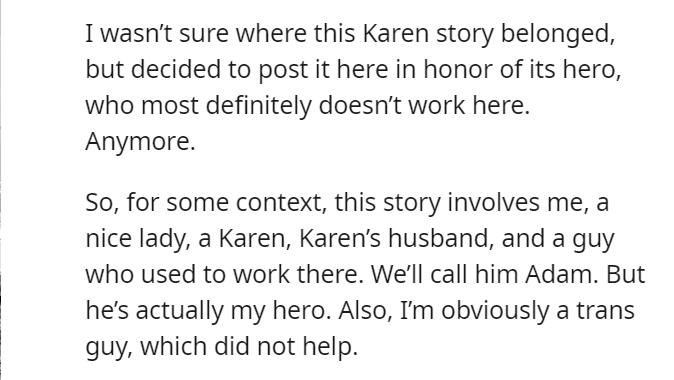 The world is a mess these days and Karens are just making everything better. They are around in masses, constantly looking for their next target. Not sure if they ever get tired of what they do and feel like taking a break and sparing some lives. Deep down inside, Karens just want other people’s approval at all times. They want attention and love the spotlight. Maybe it’s because they have had a rough start in life and never received love? Thinking of them this way makes us feel pity for them, but still being rude to others is extremely wrong. You just can’t win by pushing others down. 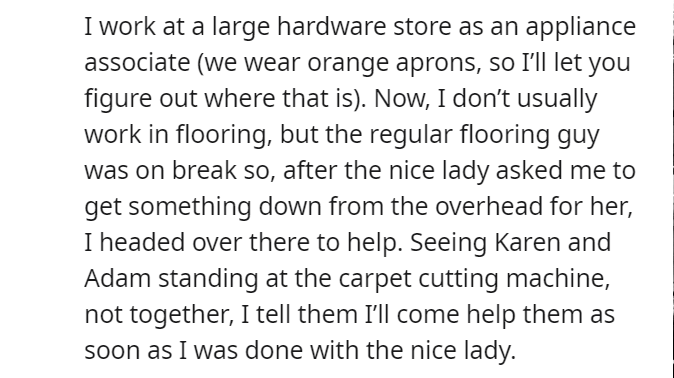 Adam in conversation with Karen. 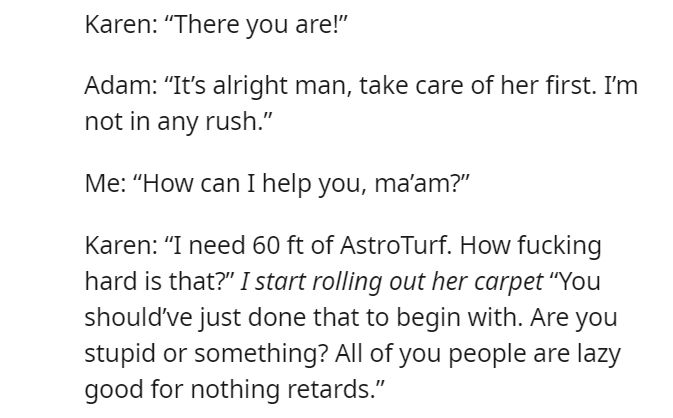 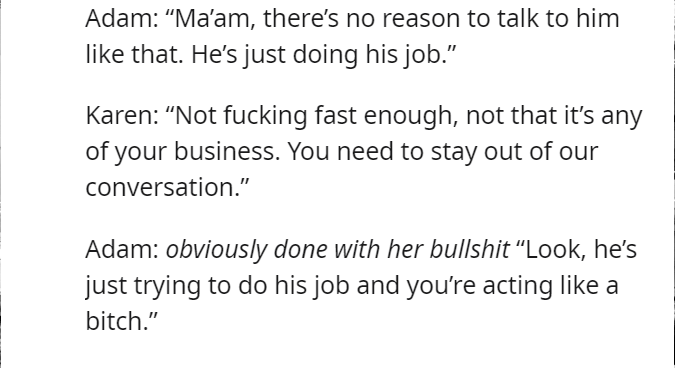 The manager comes to the rescue. 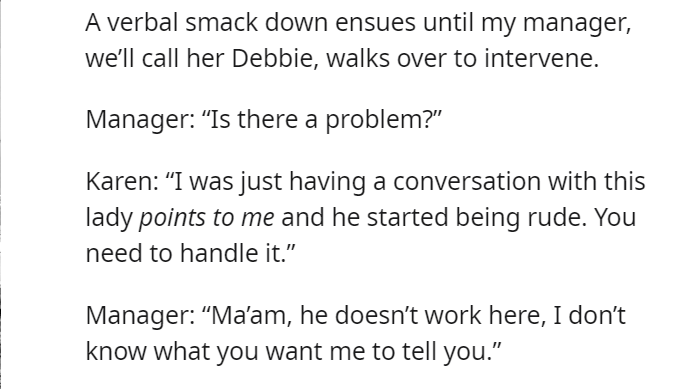 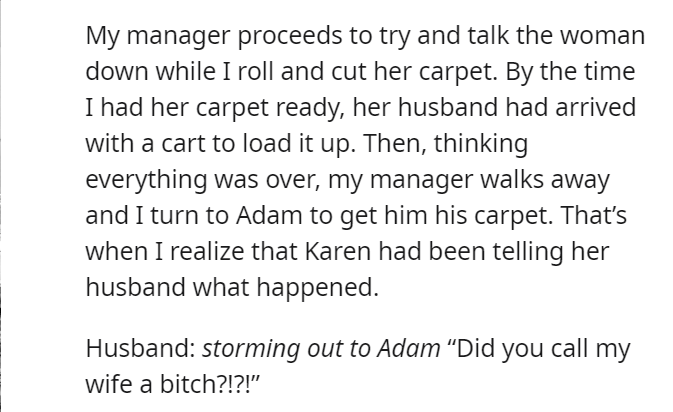 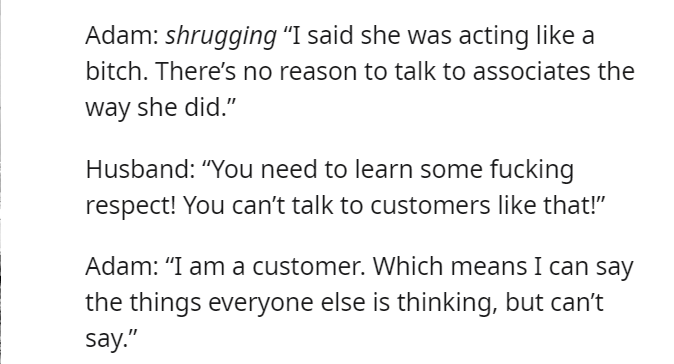 Adam is a kind man and now he has nothing to lose.

We totally appreciate Adam for stepping up and speaking for those who are in no position to speak their hearts out in fear of losing their jobs. He knows how bad it feels when someone insults you or degrades you just because you are an employee and they are the customer. Being a customer doesn’t give anyone the right to treat the employees as their servants. They are getting paid to assist, not to tolerate insults of any sort.

So many similar incidents happen in workplaces and most likely they all involve a Karen. Tell us about your experience with a Karen and how you tackled it? Let us know in the comments below.