Families can be very toxic sometimes.

In some cultures, families follow a lot of toxic trends. They don’t value children’s privacy and they have a set of rules that children should follow while planning their careers. In some cultures, a few lines of work are blacklisted which are mainly in the field of arts. The “elders” of the family think it is a waste of time and money and you can not earn anything if you are not a doctor or a lawyer. This is most common in Asian families. A lot of dreams are broken by the kid’s own parents and a person’s worth is only measured by how much they earn or what their occupation is. This can be very degrading for people who like to think outside of the box and want to do something different with their lives. Just because it is normal in your culture, does not mean it is right.

This 30-year-old Asian man shared his story on Reddit about a family reunion where he was constantly being put down by his relatives and especially his aunt. He countered their attacks by asking his cousin if she has made her first million yet. Scroll down below to read the whole story and decide for yourself about who is in the right:

The guy was asked to step outside after he had apparently “ruined the mood” of his family. 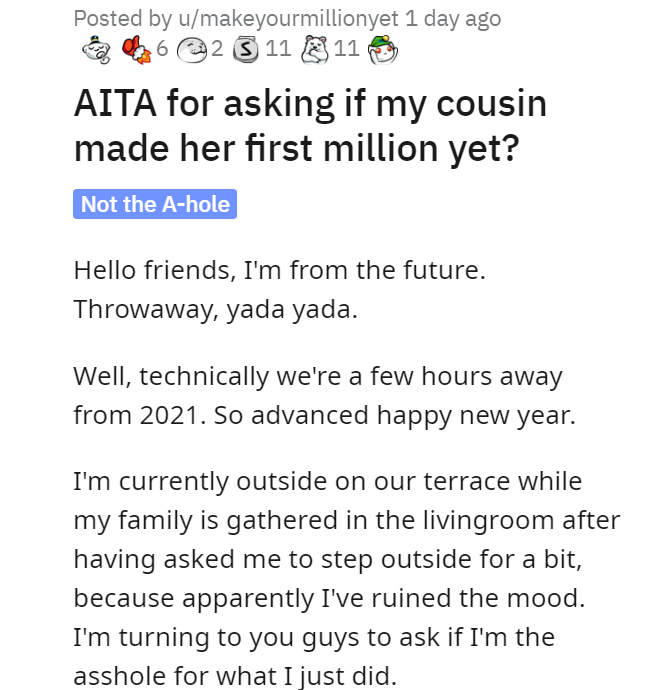 His aunt loves showing off her daughter’s achievements because she is considered “successful” as she is a lawyer. 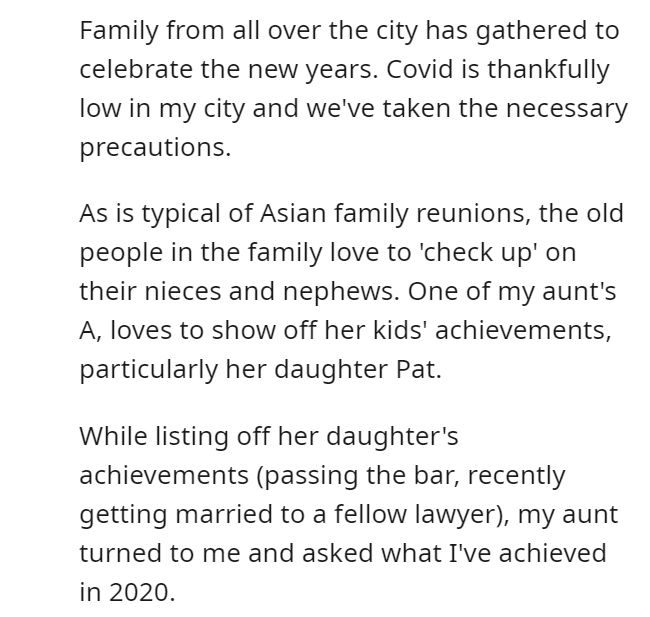 While showing off her daughter’s achievements, his aunt turned to him and started listing his shortcomings. The rest of the family chimed in with her. 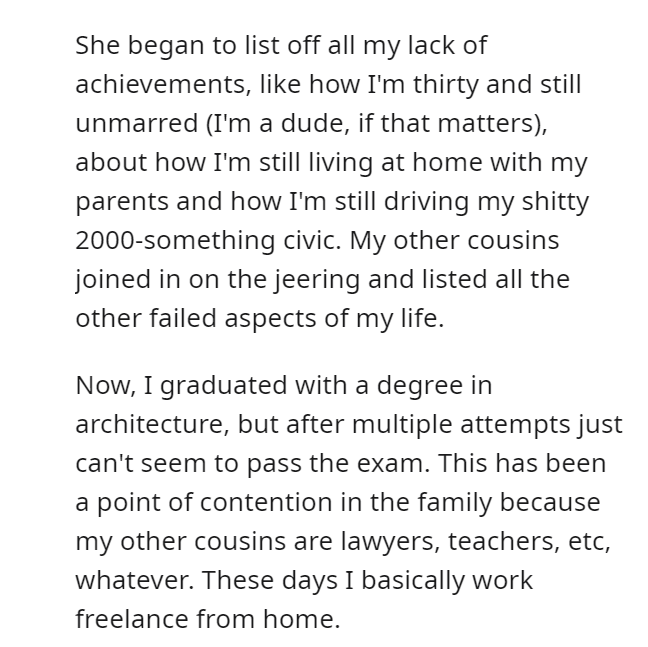 So he countered their attacks by saying he made his first million this year and asked if they made the same yet. His dad asked him to step outside afterward. 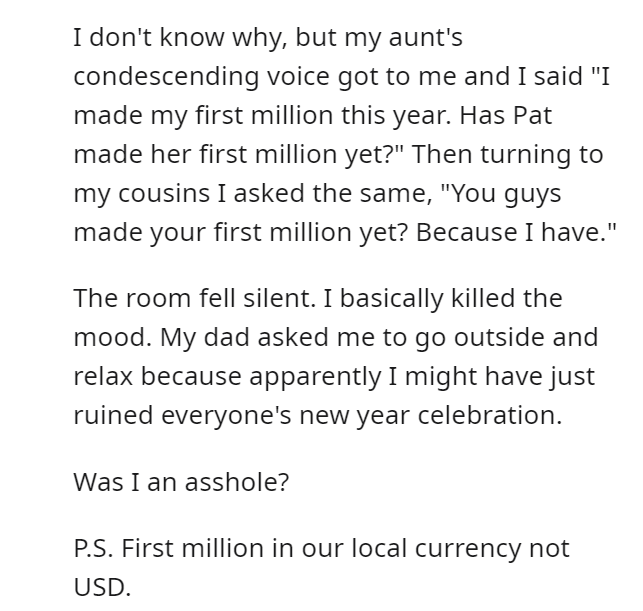 In my opinion, this was the best way to shut his aunt up and also make her realize that just because she is older, it does not give her the pass to talk sh*t about the younger members of the family. It must also have taught her to not show off because people who are actually successful don’t really shout out loud about how much money they make. The guy only defended himself and his aunt is in the wrong here. 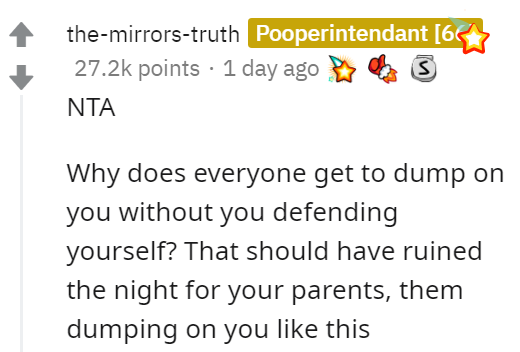 They all sided with the man for defending himself. 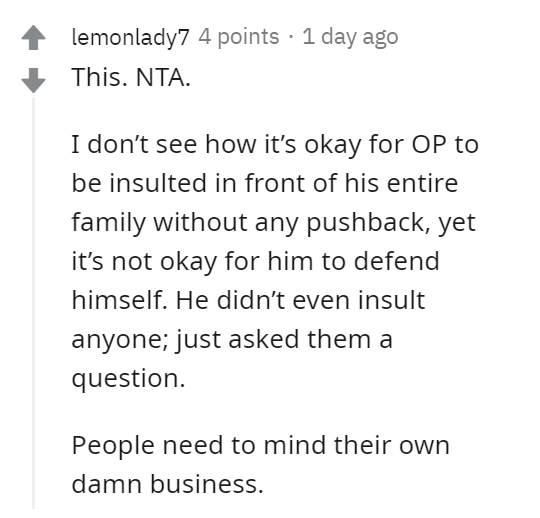 If she can criticize others, she should be able to take criticism herself too. 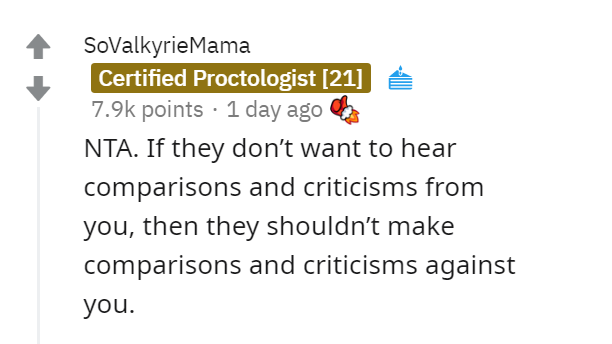 He should not let their mean comments get to his head or discourage him. 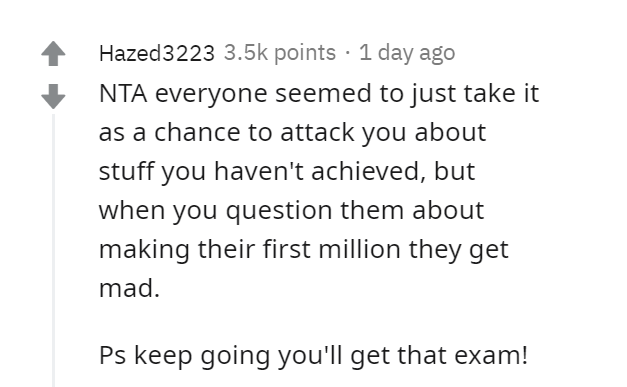 His aunt is a jerk. 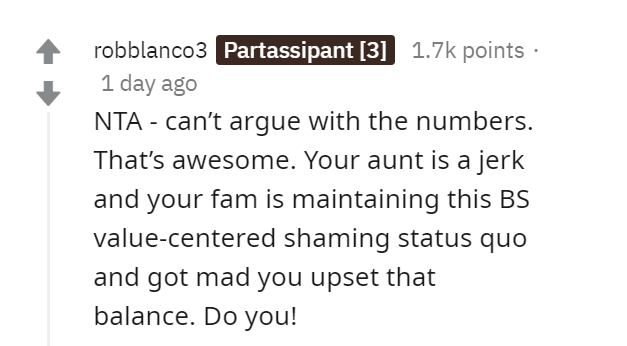 Exactly how it happened. 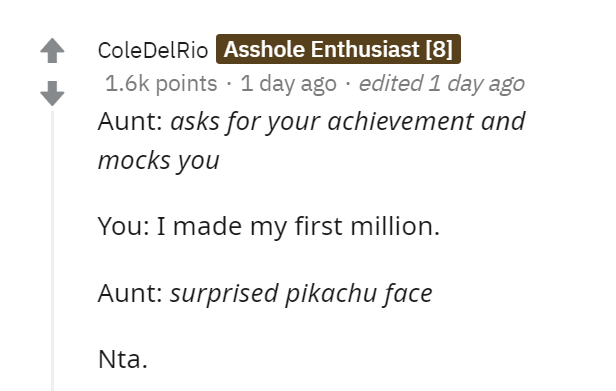 He could have been meaner but he was still very civil with his response. 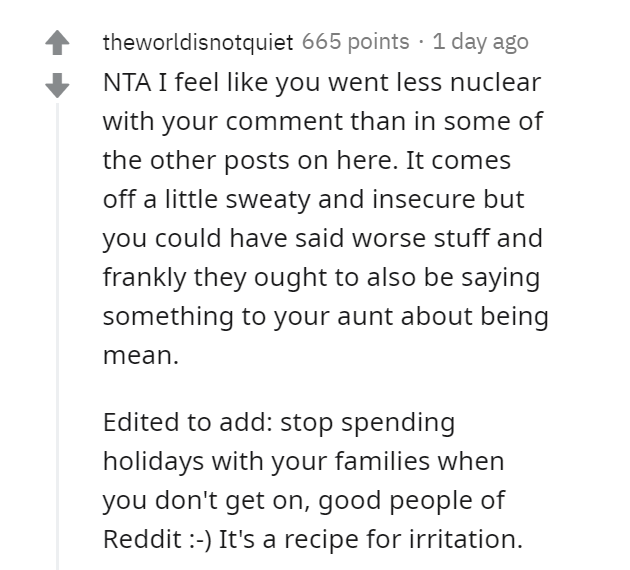 Some people said he could have been nicer, but he shouldn’t have to be if people are putting him down. 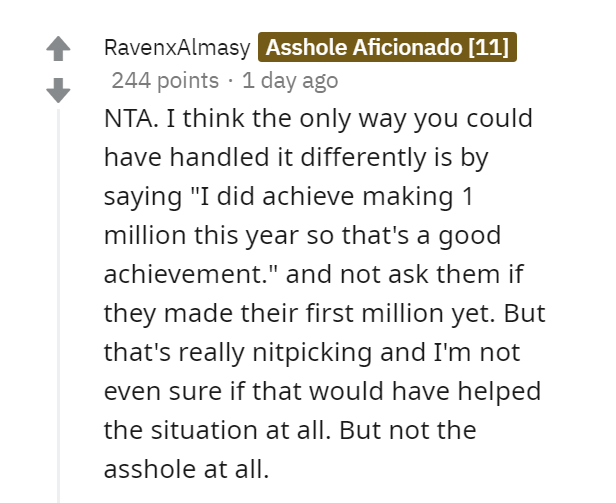 You can’t let this sort of toxicity pass just because it is normal in your culture. Speak against toxic cultures! 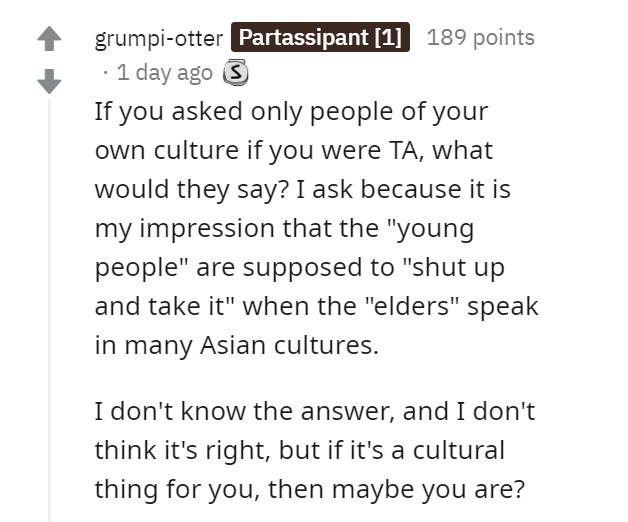 Who do you think was wrong here? Did the guy do the right thing by defending himself with that question? Share your thoughts with us in the comments below!