Getting wrongfully fired is one of the worst things ever, especially if you’re short on a budget.

This is why there are laws for wrongful termination and one can sue someone for being fired for unfair reasons. However, a lot of people don’t think it is worth the hassle or the lawyer’s fees, so they just let it slide. Finding a good employer is rare these days. All bosses care about is saving money and completely disregard the wellbeing of their staff members. This can be a huge blow to the company’s employee morale. Happy employees always result in a successful company. But people only care about money these days. So when they want to save money, they let go of their employees for unfair reasons. And because the employees do not want to go through the hassle of hiring a lawyer and going to court, some employees take matters into their own hands and manage their own revenge.

This woman was wrongfully fired by her employer when she worked as a bar manager. She took revenge which resulted in a $50000+ fine for the owner. Scroll down below to read the beautifully put together revenge story:

The woman worked as a bar manager but things were a little complicated there regarding the owner. They had a few rules they needed to follow in order to maintain their liquor license. 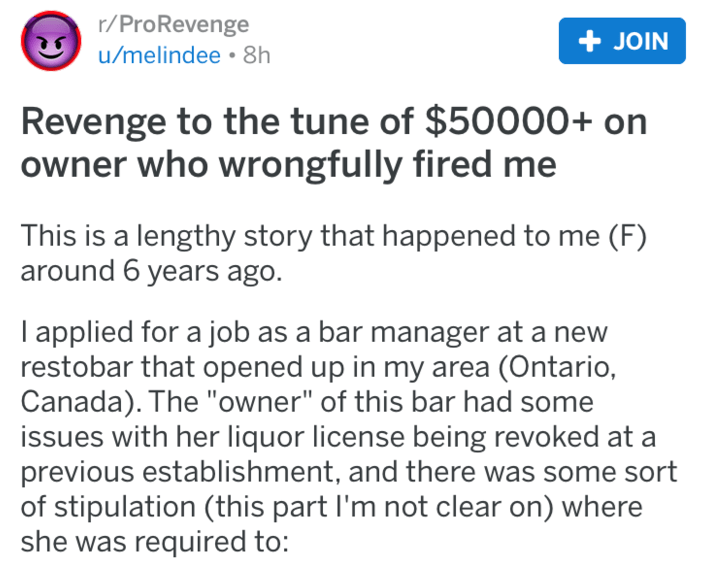 The owner was not allowed to be on the site for any reason whatsoever and the manager should be responsible for the bar.

As she got hired, the owner started breaking the rules almost instantly. She started coming to the premises and became involved in the day-to-day activities of the bar. 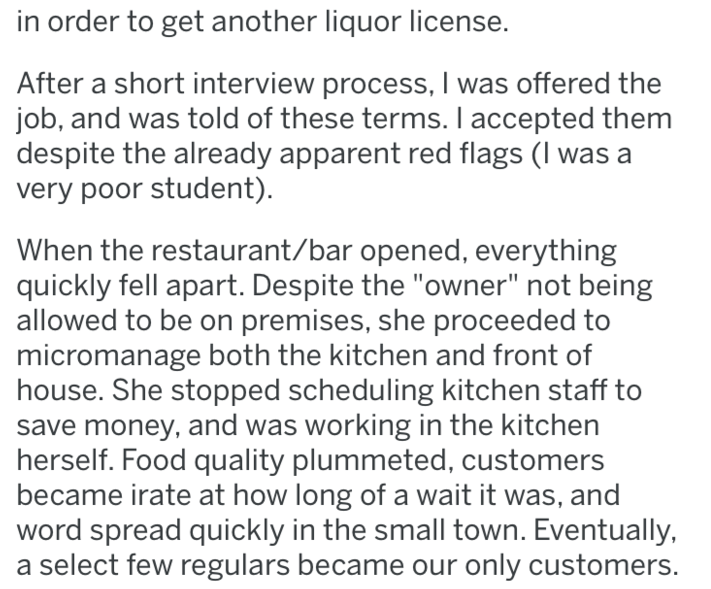 She was handling it horrifically which resulted in the loss of customers and losses to the profits of the bar. To tackle the loss of revenue, the owner started letting go of employees.

So, one night a group of underaged and intoxicated customers showed up, and the woman refused to serve them. The owner’s husband took their orders and served them anyway. 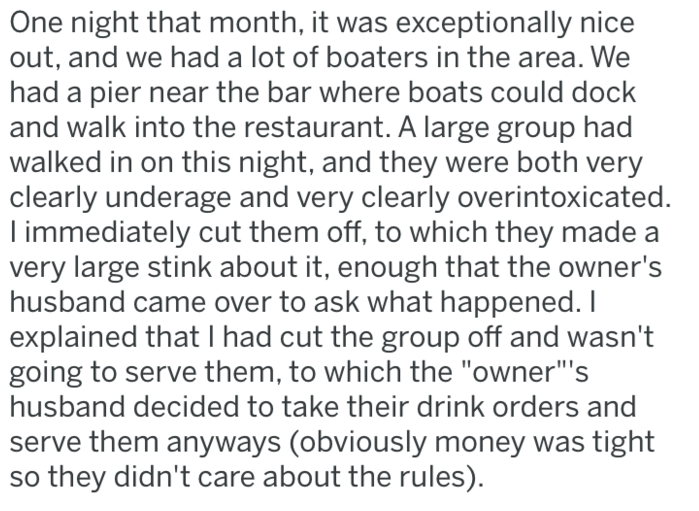 The very next day, the woman was wrongfully accused of stealing and was fired at the spot. 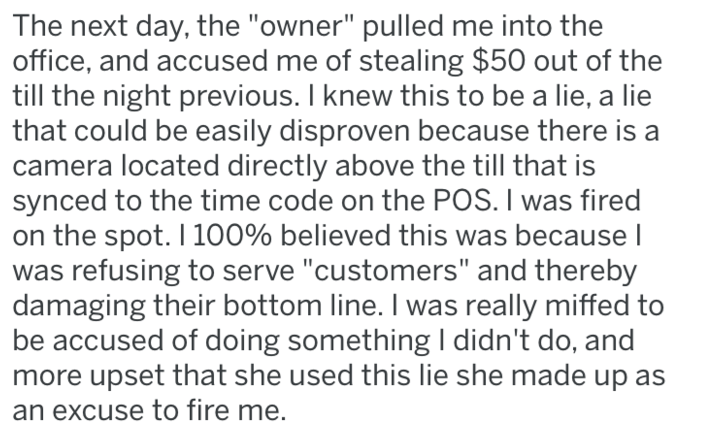 So, she took her revenge in the best way possible by contacting the liquor control board and giving a statement against the owner to a liquor inspector. The owner was fined more than $50000 and had to shut down the bar. 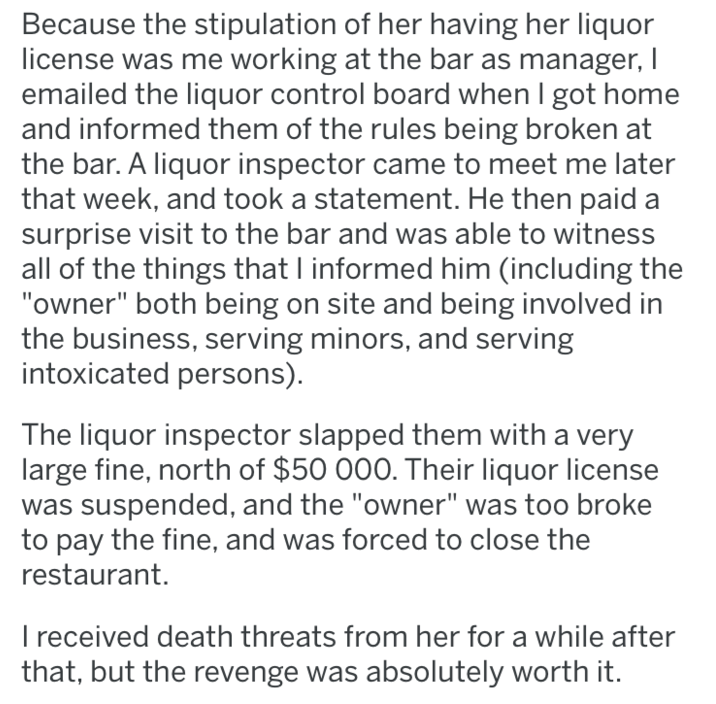 You reap what you sow. The owner was terrible at running things. She could not follow simple rules and caused her own demise. Most of all, the owner wrongfully dismissed so many employees, so she had this coming sooner or later. Karma will get you eventually, so be careful of your actions.

This is how other Redditors responded to the ProRevenge story: 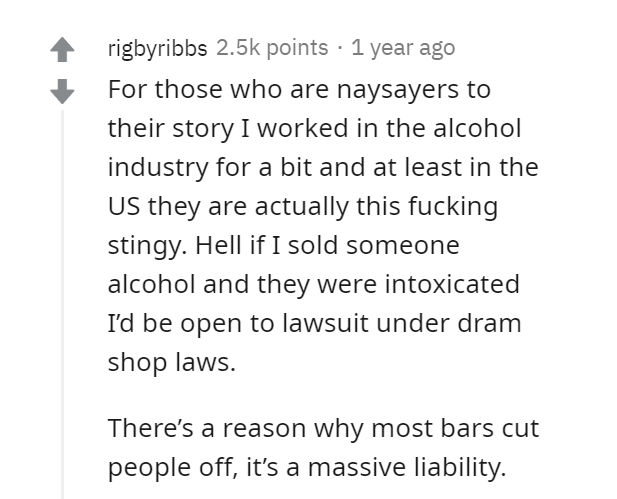 This is actually quite common. 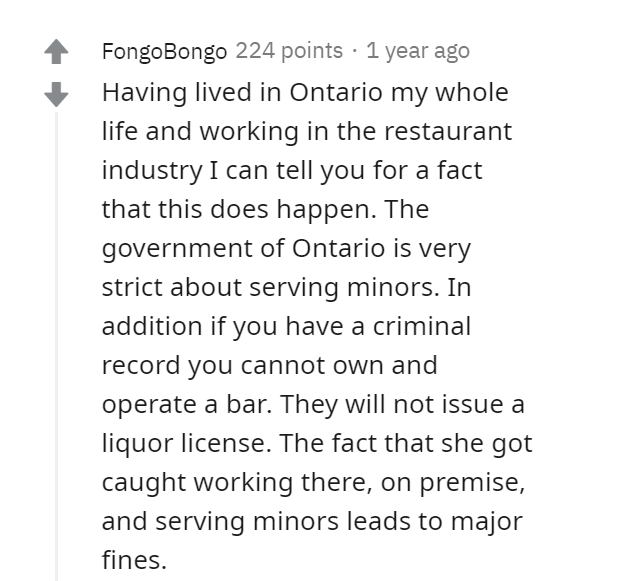 That meme defines this situation perfectly. 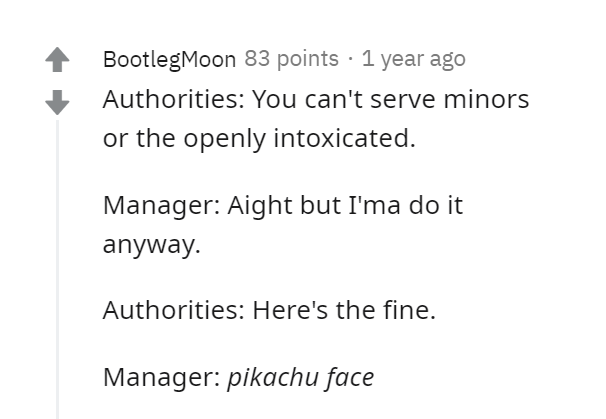 Empty threats or not, they could still land her in trouble. 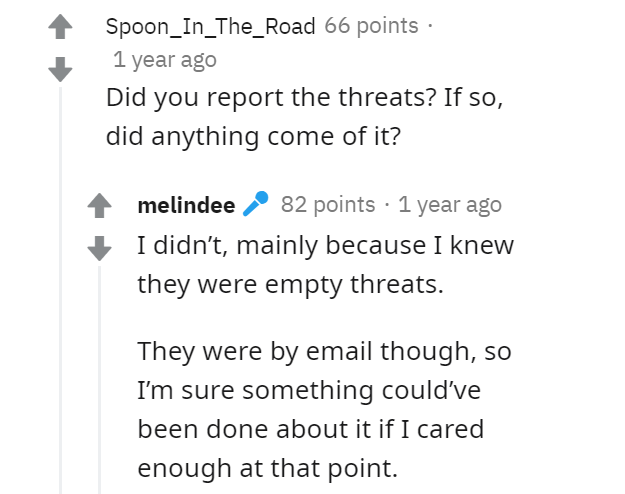 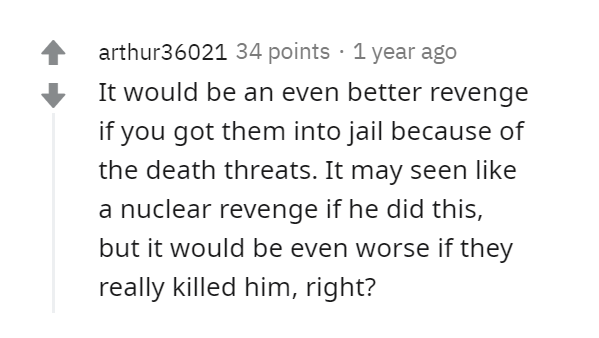 Who’s the idiot sandwich in this scenario?

That ship has sailed. 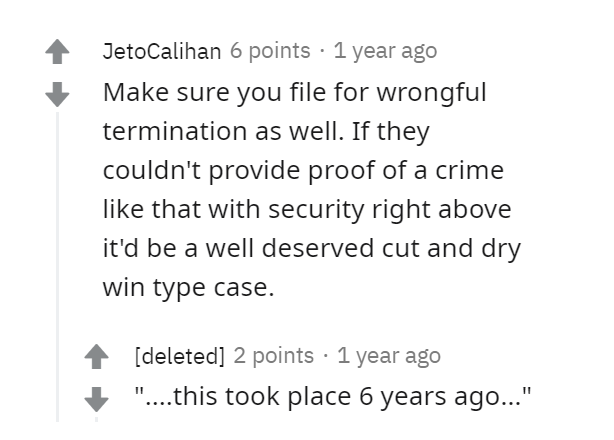 Do you think the owner deserved what happened to her? Share your thoughts with us in the comments below.