We are all allowed to make a fashion statement.

I know some people hate standing out from a crowd and would rather blend in than wear something that catches peoples attention. And there are loads of people who are not even a little embarrassed when wearing something that wouldn’t be considered ‘usual’. However, I think as long as someone is happy in their own skin, nobody has the right to make them feel shame just for being confident.

And at the end of the day, who doesn’t like colourful socks. I mean I usually wear boring black or white socks, but I would love to wear printed and colourful ones that just peek through from your shoes. I think it is a great way to bring some fun to an otherwise boring outfit or even a uniform. Although this woman’s boyfriend didn’t think so. He was apparently embarrassed by her even though it isn’t even something as dramatic as he is making it out to be.

You can form your own judgement by scrolling below and taking a look.

That sounds like a great way to calm a person who is afraid of needles. 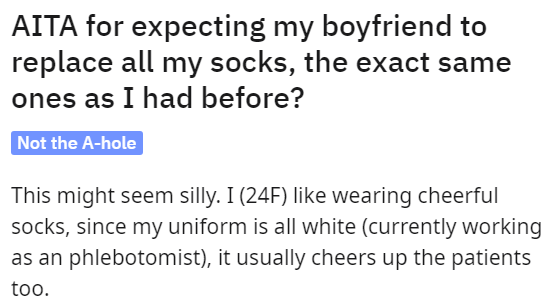 Okay, I would love socks with pizzas on them.

His mother was clearly fine with it, but her boyfriend was not, so he threw all of them out. 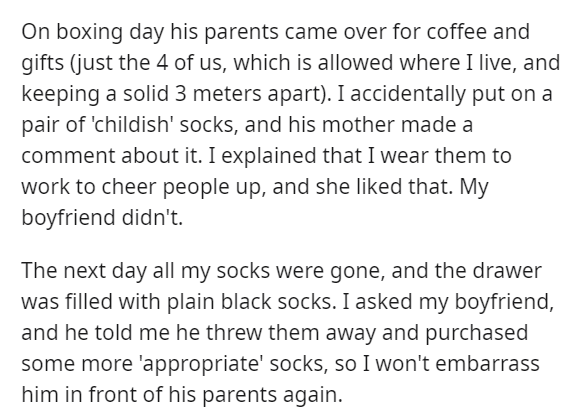 He should have talked with her. She should be embarrassed by his behaviour not the other way around. 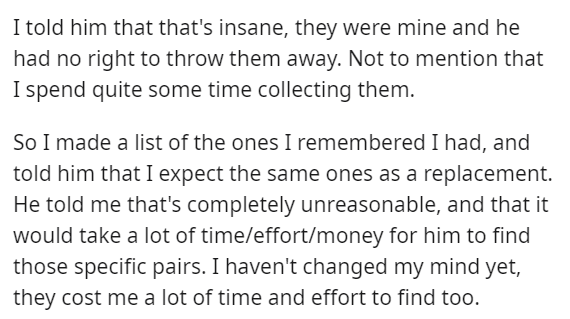 He is definitely being controlling and this is not a ‘normal’ fight. 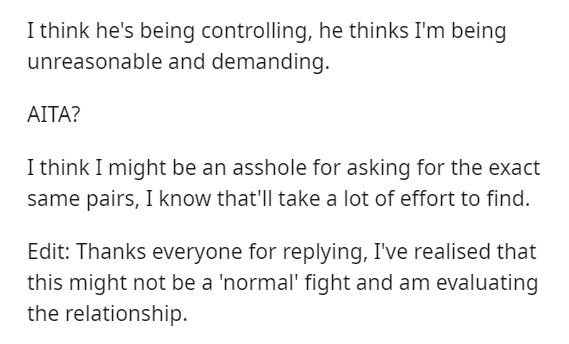 I’m often sceptical of all the times people say “Leave him/her” on these posts, but I honestly agree. As someone who really values collectables and personal property, I would definitely consider this breakup worthy on two fronts. He didn’t have the right to mess with her property and, more importantly, he doesn’t accept her at a basic level of just wearing the socks she wants to. That’s a red flag. Player4our

It may seem dramatic, but it hints at a larger issue. 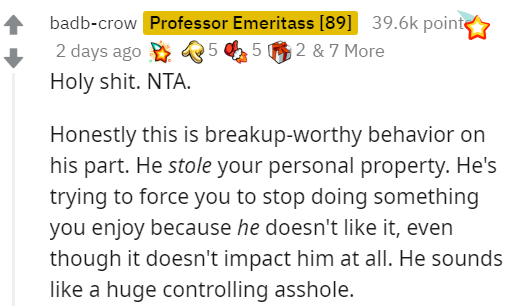 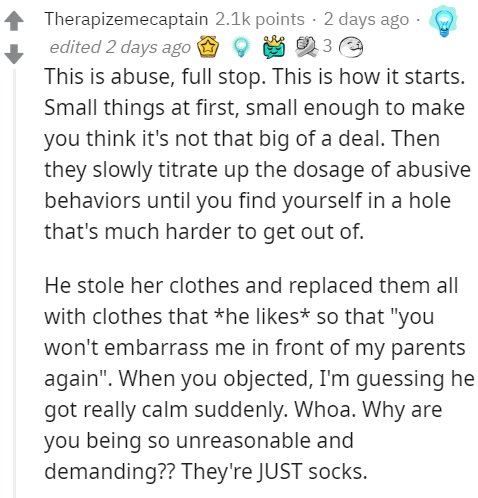 And this person is concerned since they have seen this beforehand as well. 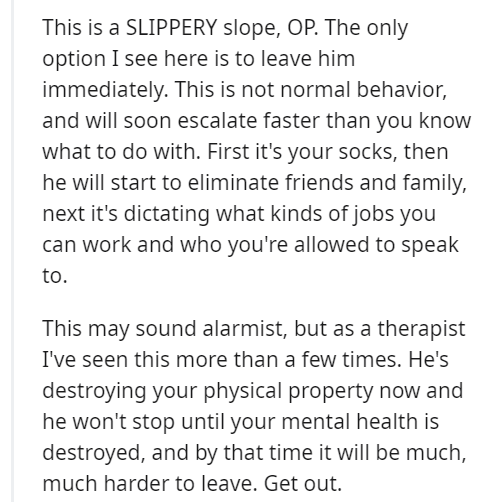 I wasn’t aware there were Harry Potter themed socks but now that I think about it, why would there be? 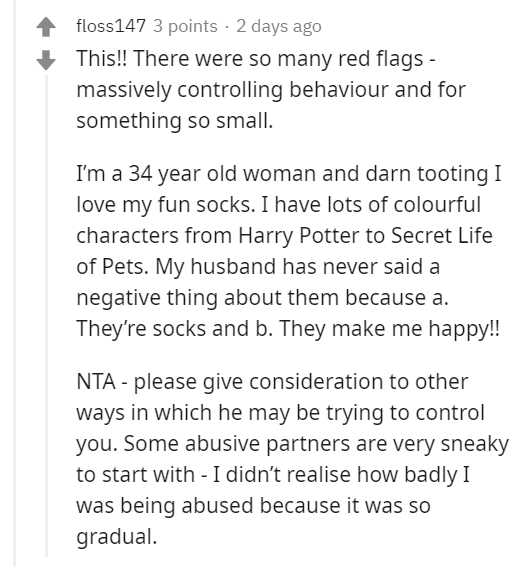 On another fundamental level. If we believe him when he says he was upset at OP. He never communicated that to her! That is basic human shit. Instead of coming to his partner and saying “I feel upset because…” He ignored her, and took it upon himself to ‘fix’ the issue. She never had an opportunity to be in bed in that because he steam rolled over any thoughts, feelings and autonomy over the ‘issue’ because of his own feelings. That he never fucking communicated to anyone! So add that to the reasons why this is very wrong and break up worthy.

When something is wrong he won’t tell you, he will just ‘fix’ it, regardless of how that ‘fix’ impacts anyone else. He won’t give you the opportunity to help him. So I doubt he is open to hearing others concerns or helping them. No communication is a bad relationship. –ohno_spaghetti_o

He will do this again and again over other things in the future. 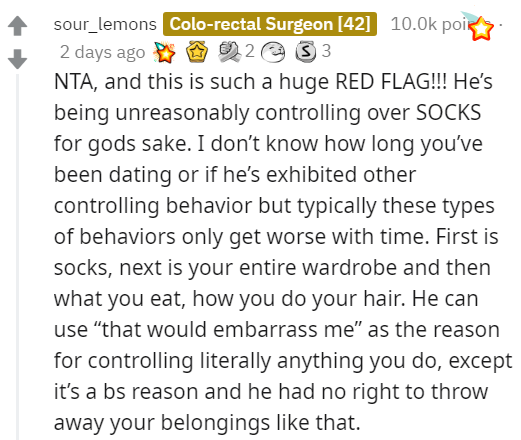 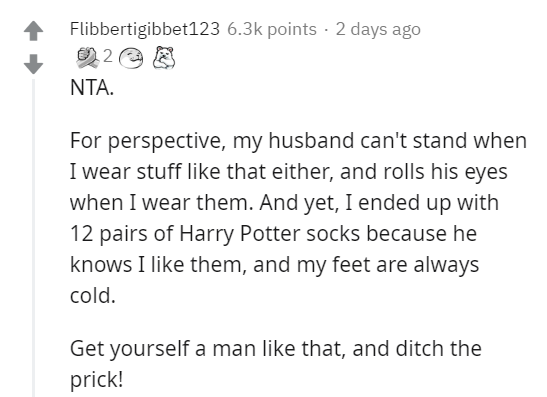 A healthy relationship is supposed to work like this. 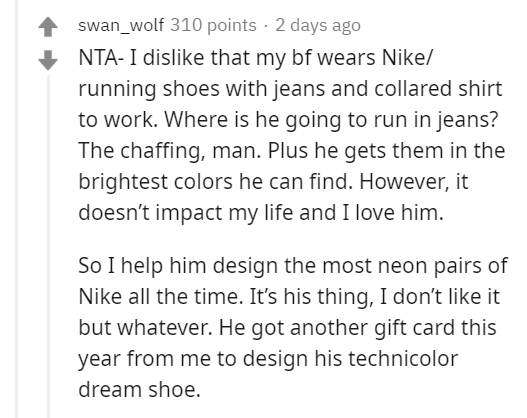 What do you think she should do? Should she break up with him or try to work it out? Comment down below and let us know.