Her in-laws didn’t want to cook her rabbit food.

It can be incredibly annoying to cooking something that caters to a specific dietary restriction and it can become even harder when that individual has several health problems. However, at the end of the day, it shouldn’t matter as it may be frustrating but that shouldn’t stop us from being kind. Although this family doesn’t think like that. Even though she has been in a relationship with their kid for more than 4 years, they still can’t understand why she can’t have certain things.

It isn’t about setting dietary restrictions on yourself, it’s about her taking into account her health and what she needs to stay healthy. However, from the looks of it, so many people think she is doing this for attention or something and that she should ‘live it up’ as though that will solve anything. And even though they have been engaged for a few months, the in-laws still don’t seem considerate enough to have a spread that includes her.

She first explains what she goes through every day and what her dietary restrictions are. 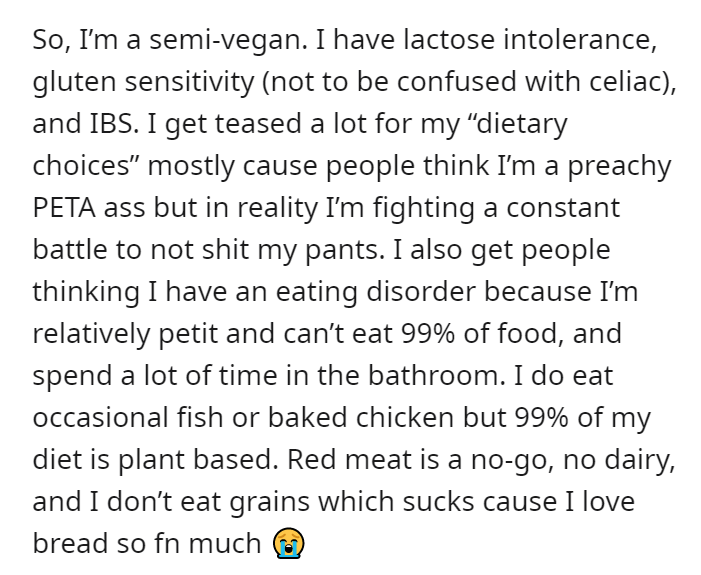 I can’t even imagine not being able to eat so many things.

People will specific needs want to ‘live a little’ but the point is they will have to face the consequences. 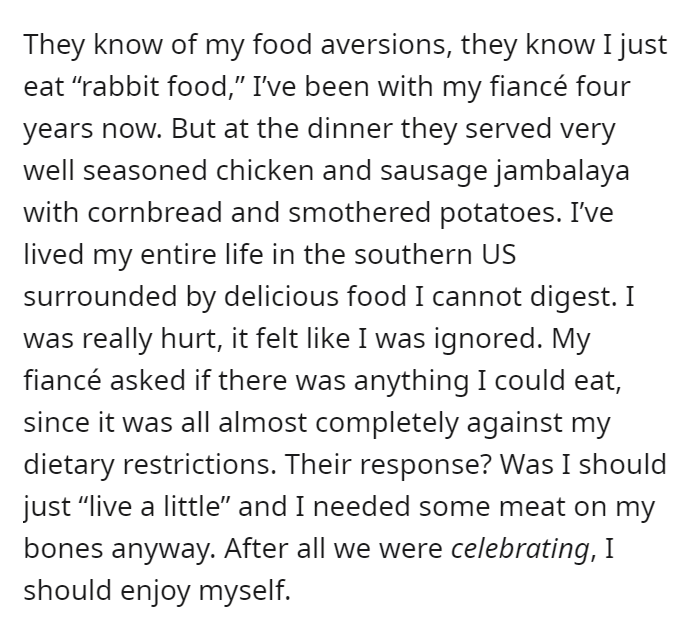 So she decided to do exactly what was asked of her.

As you can imagine, the consequences came not too late after.

Rather than going to a bathroom far away, she chose to go to one that was quite close.

Unsurprisingly, her fiance was quite embarrassed by her behavior. 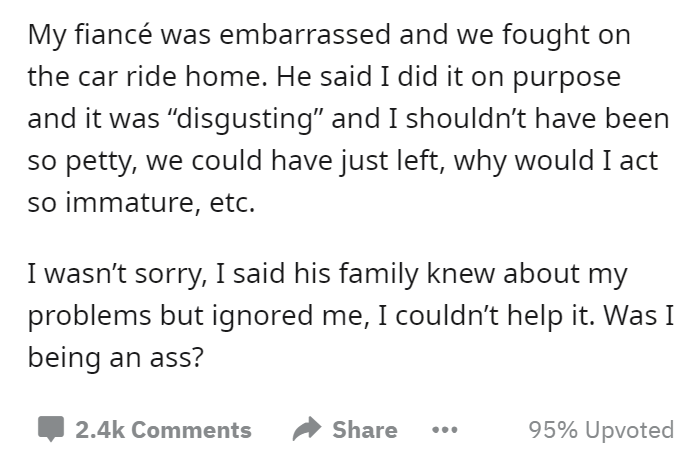 Most people agreed that they should have been more considerate.

Why should she leave a dinner party that is supposedly being thrown in HER honor? Why should she leave when she was being pressured to stay and eat by people who KNEW what her food aversions were? That’s an insane obligation to put on her. That she should drive a long way to a party that’s in her honor, show up to find out that the people who know what she can and can’t eat have not made anything she can eat without causing stomach issues, be pressured into staying and eating, and then it’s somehow her fault when she eats the food she is offered and pressured, to eat, and then goes to the bathroom.

The two things she did were (1) eat the food that was prepared for her and (2) go to the bathroom in the bathroom. –WillowCool887

But others commented on how she had a choice and her Fiance stood up for her. 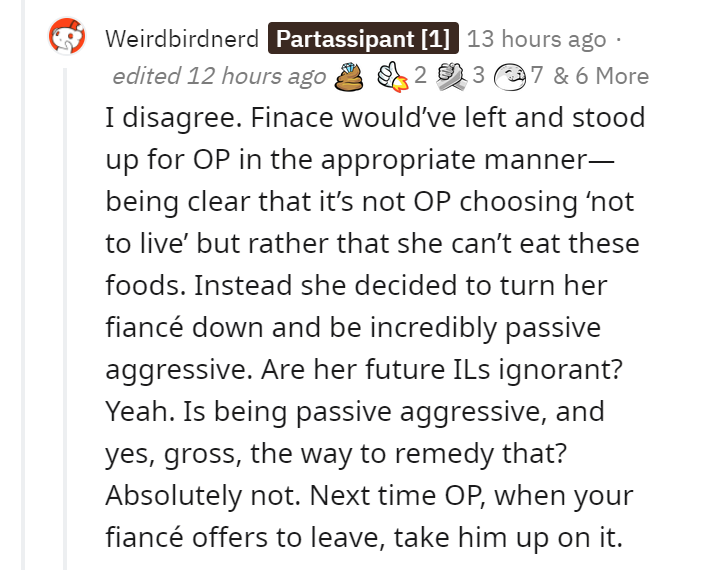 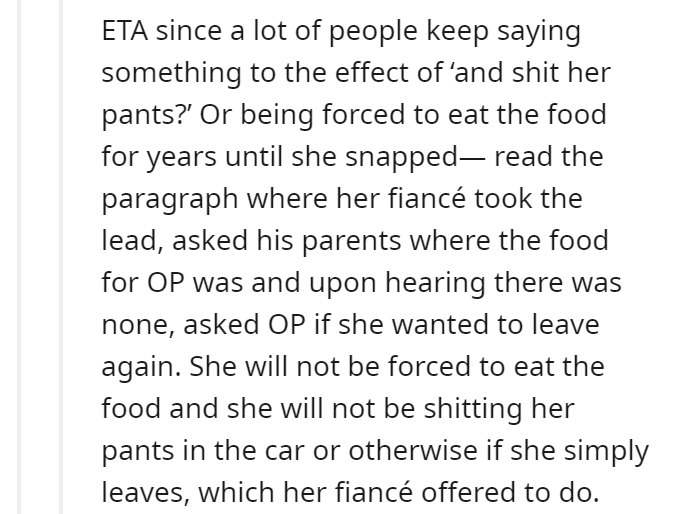 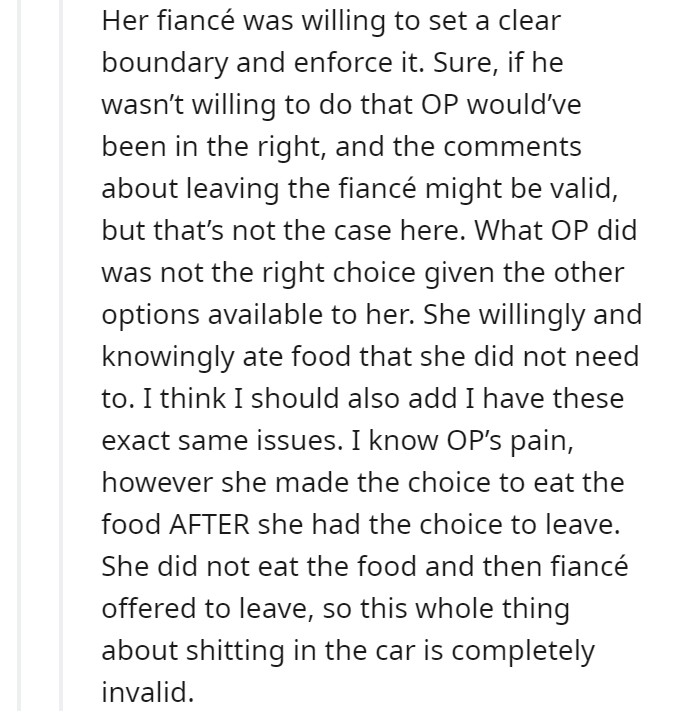 Rather than being passive-aggressive she could have just walked out. 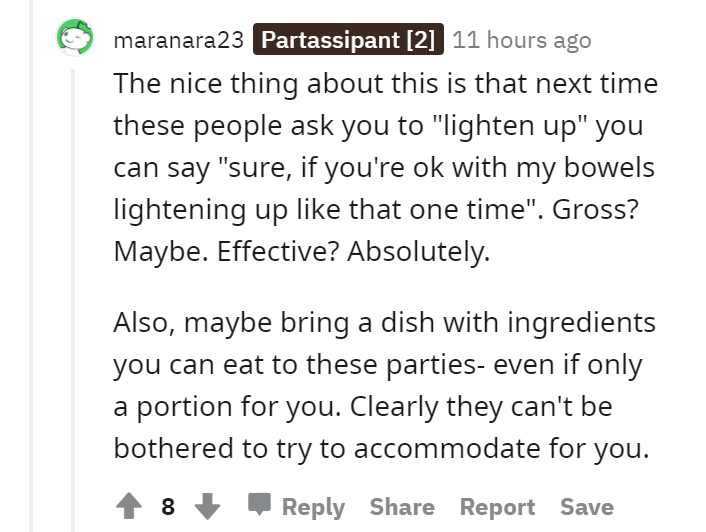 And people even shared their own experiences. 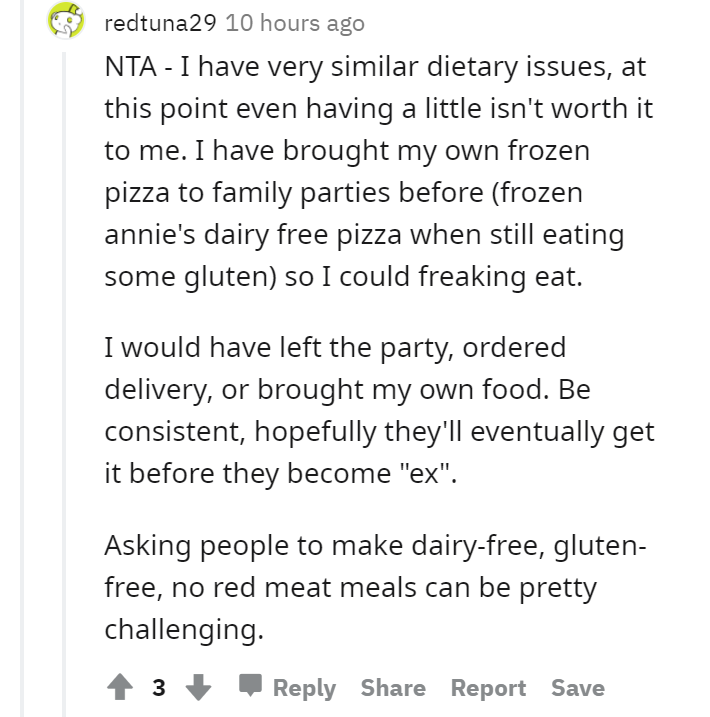 All in all, people were split on the decision. 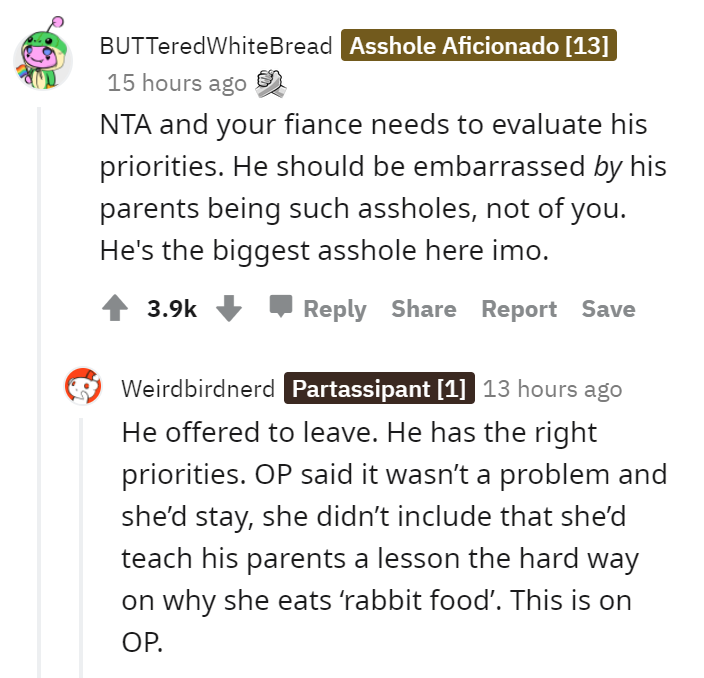 They’ve been together for 4 years, and the celebration was specifically for her and her fiancee. Imagine that for a second, going to your own party and you can’t eat anything without shitting your brains out when the hosts have known you for 4 years, and you’ve verbalized your dietary restrictions multiple times.

Clearly, words weren’t working and inlaw thought that OPs food restrictions were invalid, and now they know. It’s not just a fad. It’s the timeline and specific celebration that makes me say NTA. She would be TA if she did this at any other gathering though. –madsheeter

Do you think this was the appropriate reaction? If not what should she have done? Comment down below and let us know. Don’t forget to share with your friends as well.