Raising a child is not a walk in the park.

You do not just decide you want to have a child and sign up for a contract of having offsprings for the rest of your life. It is a huge commitment and takes a whole load of responsibility. Having children is not a hobby, You do not get bored, birth a child, and throw it away when you are tired of them. You have to stick to this commitment for the rest of your life. If you can’t, then you simply shouldn’t have children. We already know the gender bias that exists in the world. People are more excited to find out they are having baby boys than baby girls during pregnancy gender reveals. This is not an exaggeration. There was a time people would throw female infants in the trash and abandon them. Those times weren’t very long ago. A  child should be important regardless of its gender

This woman on Reddit shared a very absurd story about her sister giving up her daughter for adoption without telling anyone. All this was just because she just had a newborn baby son. Read the whole story down below:

The Reddit user’s sister had a 2-year-old daughter and a one-month-old baby boy.

They recently had a family zoom meeting to see the new baby boy.

When she was asked where her daughter was, she got quiet and then said that she gave her up for adoption.

Chaos ensued after that. The whole family was frantic as anyone would have adopted that child in the family. But the Redditor also explained that her sister also always wanted to be a “boy mom.” 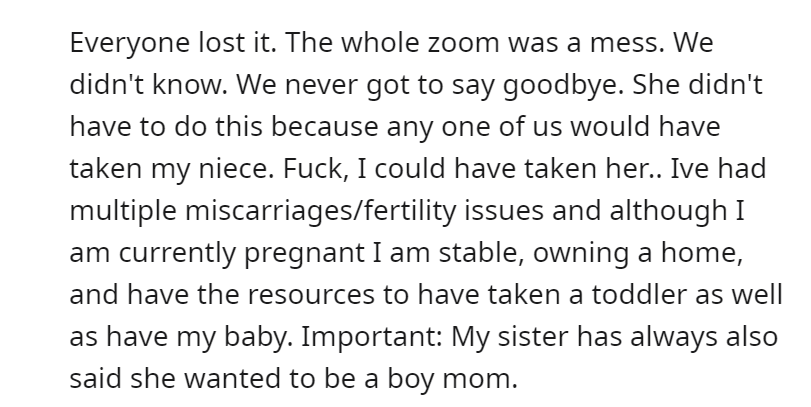 The Redditor couldn’t hold it in and started abusing her sister and told her what a narcissist she was. 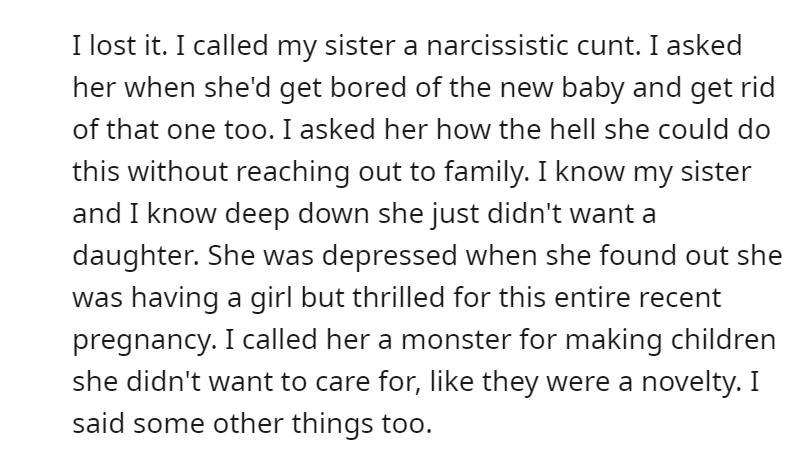 But at this point, the drama was getting too much, and their grandmother started feeling unwell.

The Redditor’s sister has cut off from the family and her father blames her for not being able to know her nephew in the future. 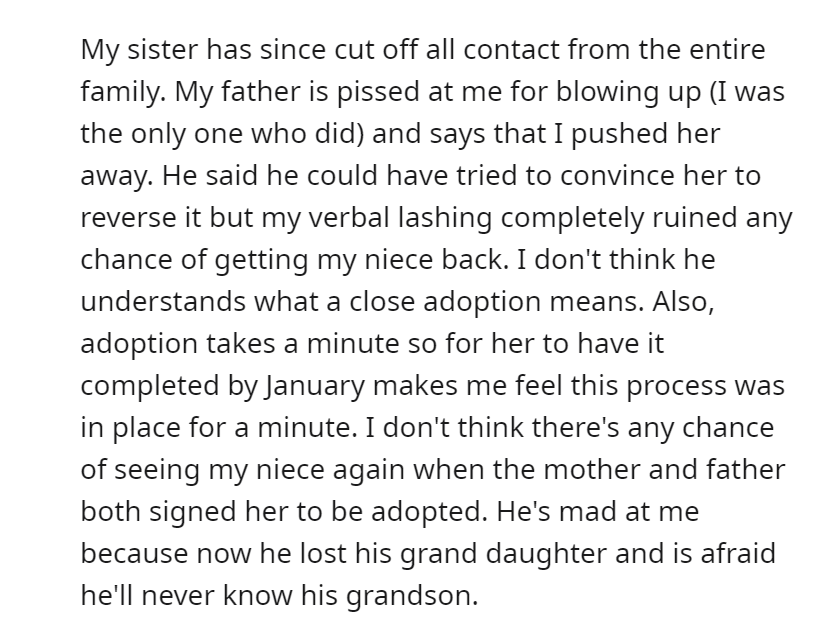 He thought it could have been handled better. So the Redditor asked if she was wrong for doing so.

In my opinion, the Redditor’s sister does not deserve to have children. She treats them like toys. She thinks she can have them whenever she wants and give them up for adoption when she can’t care for them. She should not have a son either. She would probably spoil him a lot as well. In my opinion, the Redditor’s response was completely reasonable, 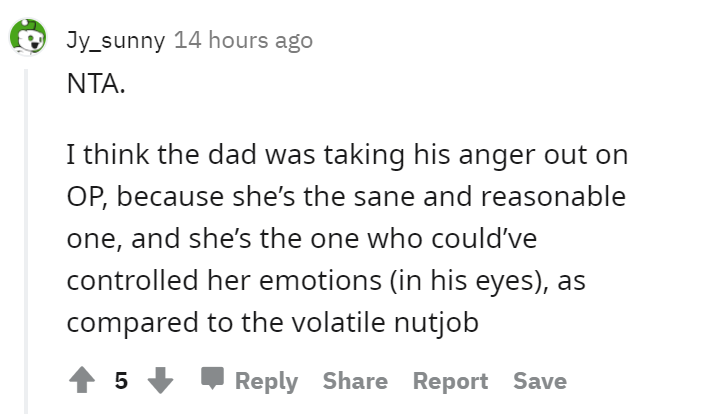 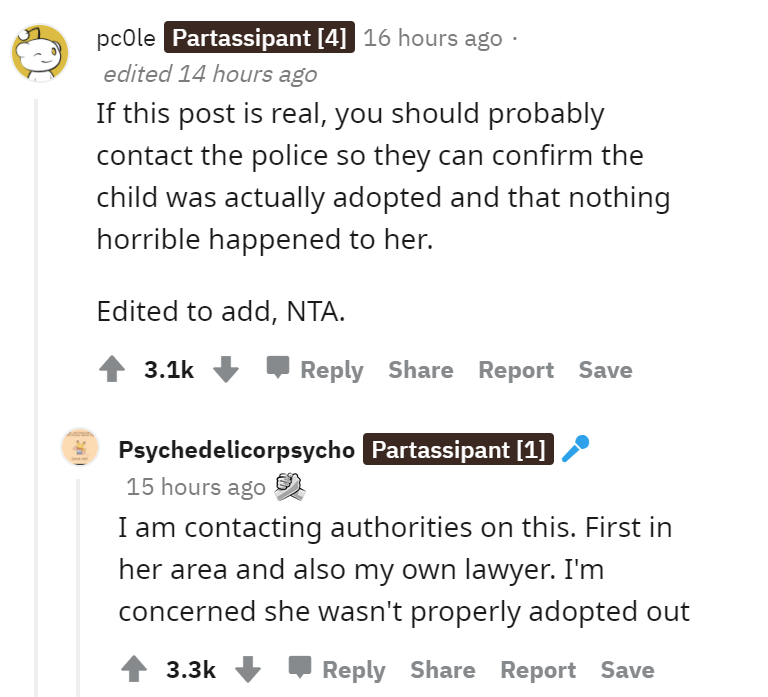 The daughter is better off without such a mother. 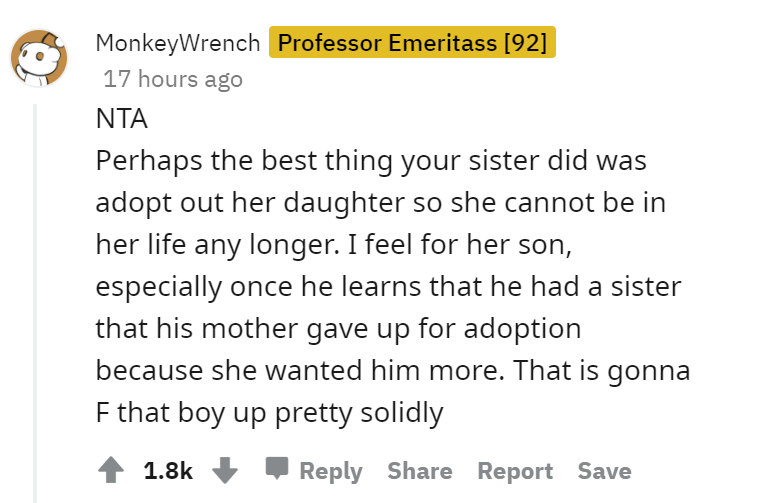 I would do the same.

The Redditor also gave an update. 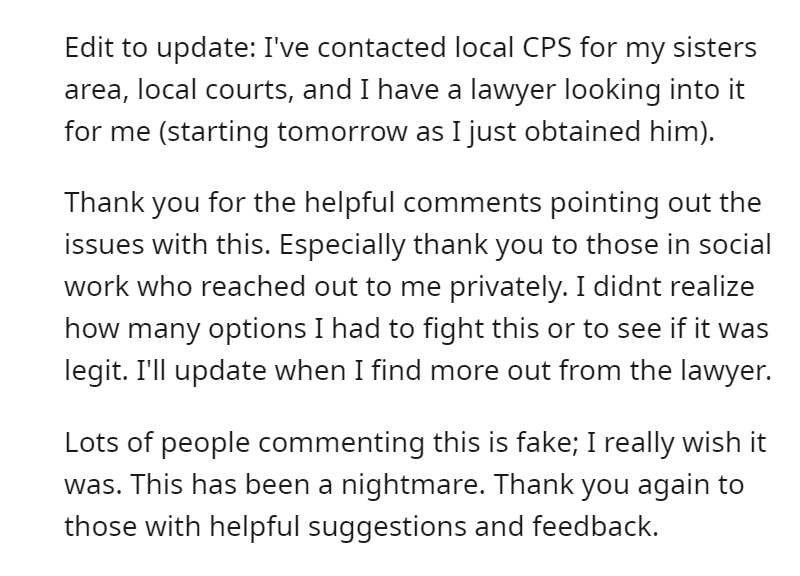 Who do you think was in the wrong here? Should the Redditor have reacted this way? Share your thoughts with us in the comments below.