These people deserve a medal.

Showing care and love for animals is such a beautiful thing. And when it comes to going the extra mile to save and shelter an animal, people go out of their way to deliver such care for an animal in need. When it comes to dogs, they never shy away from helping their owners. Even if you get a tiny scratch from something, a dog would shower you with immense love and care. They need to be responded to equally when it comes to them needing help. Keeping that in mind today’s story is about a dog losing its supply of oxygen on a flight. Until the flight attendants took the matter on their own and saved the little pups life with whatever it took. Dismissing a couple of flight protocols but the result of which is nothing but generous and kind from the attendant side.

Michelle and Steven Burt were on a flight with their three dogs and Darcy was one of them. Flying high was nothing new for these dogs as they’ve been accustomed to flights and it was a normal thing for them. As time went by one of the dogs (Darcy) wasn’t responding to her owners. She just lied down there and appeared to be a bit restless. Until one of the owners (Michelle) loosened up the jacket in which Darcy was but to her luck, Darcy was still in a bad shape.

After witnessing this further, Michelle opened up the cage in which Darcy was and let her out to breathe. At this time her gums were blue and she showed signs of not getting sufficient oxygen. A flight attendant told Michelle that this was against the flight protocols. But at this time nothing else could’ve been done but to assist Darcy. 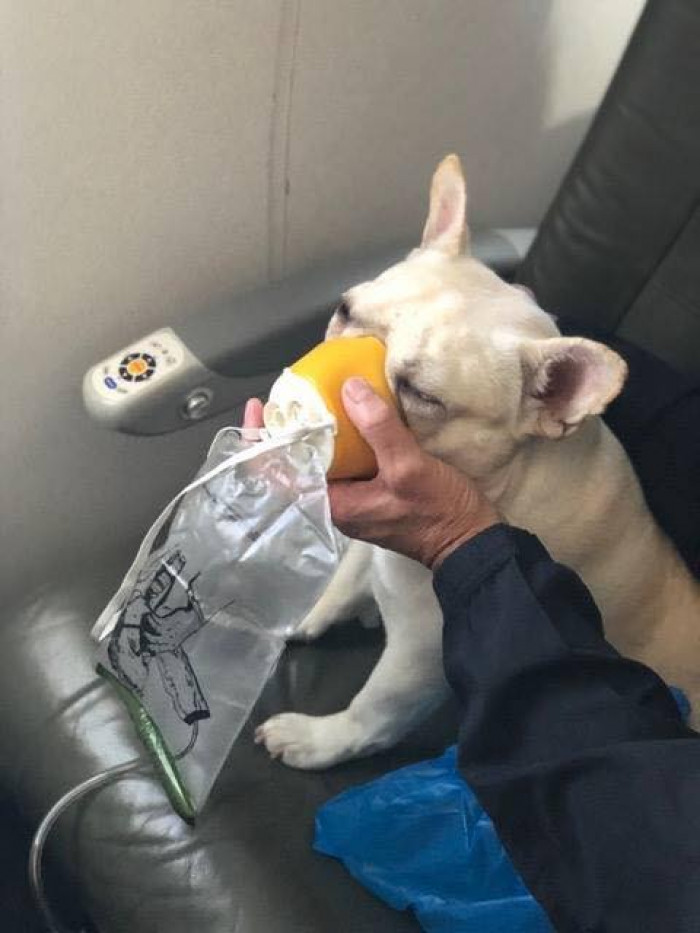 Having a French bulldog of their own, two people named Renaud and Diane stepped in to help Darcy out. They were the crew members on this flight and reached out to give Darcy some icepacks but her condition remained the same despite their efforts until one of them decided to hook Darcy up with an oxygen mask. 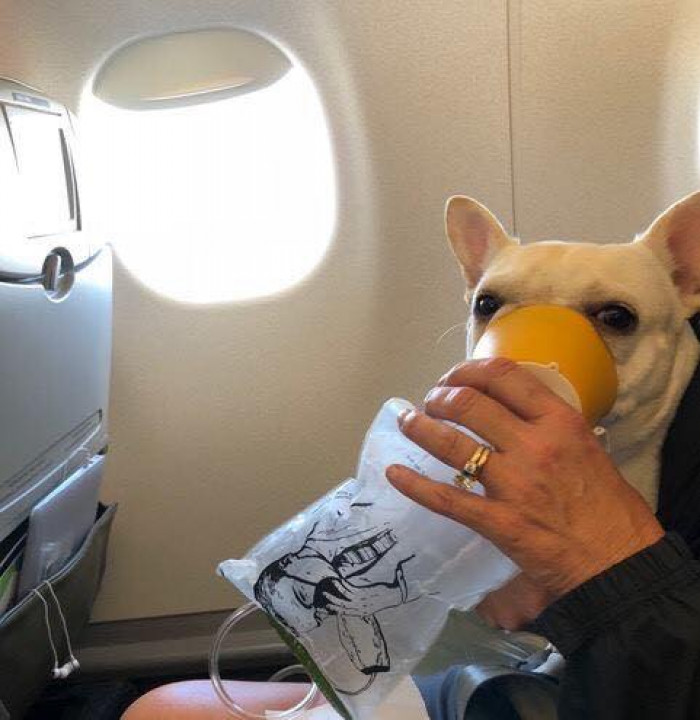 Michelle said, “I placed the mask over her face, and within a few minutes, she became alert, and after a short time, she didn’t want the mask,”.  This helped them in saving their pets life and Darcy wouldn’t be flying anytime soon until her vet allows it.

“We all are affected by cabin pressure and oxygen fluctuations, human, canine and feline, etc., but the fact that the Attendants were responsive and attentive to the situation may have saved Darcy’s life. Though some may reduce the value of a pet’s life and apply lifesaving efforts to a dog, the attendants applied their skills in a humane and caring way that I like to think represents the best in all of us as human beings.”

The company Jetblue has been regarded as one of the best flight companies for both humans and pets and they don’t shy away from care when anyone’s health is at risk. 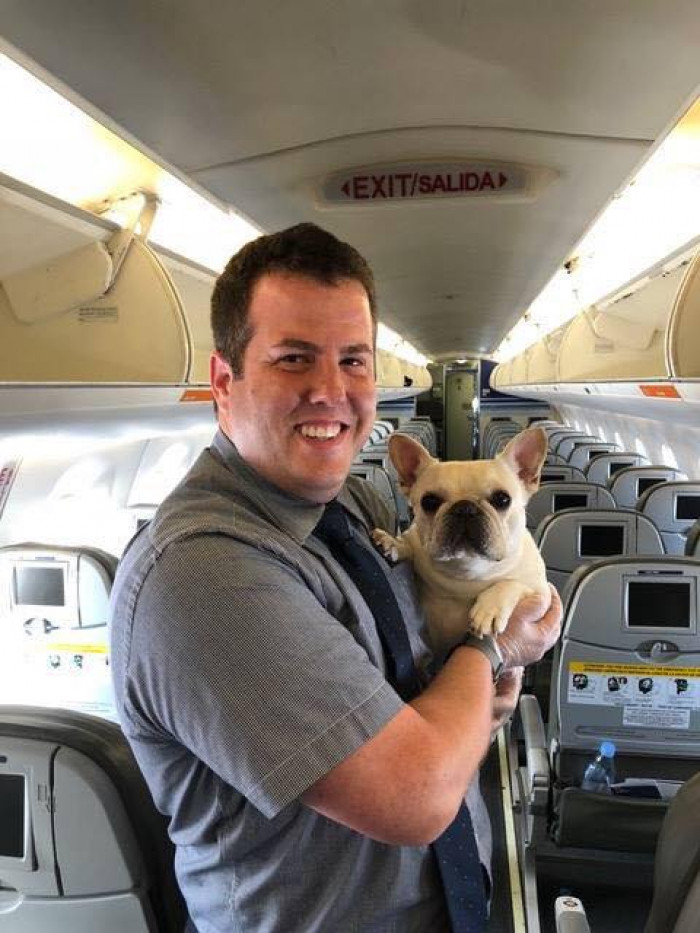 It’s very nice to see that good people still exist especially when it comes to giving their full attention to an animal in need. Let us know your thoughts on this story in the comment section below.