We still have a long way to go as a society.

While times have changed and we see a lot more equality. There are still parents who won’t dress their daughter in anything but pink or let them play with dinosaurs just because ‘these things are for boys.’  I am well aware of how dumb that sounds but this is something many people still believe in. So that is why it is nice to see parents who don’t want to impose anything on their child whether it be masculine or feminine.

Everything should be gender-neutral and we shouldn’t force kids to fit into boxes that don’t matter anymore. And that is exactly what this mother and father are trying to do with their five-year-old daughter. They don’t want to raise her to be stereotypically feminine and just let her do whatever she wants. However, it is easier than done as a society still has a lot of things that can’t be explained to a child without giving them preconceived notions about what they can or cannot do.

They are raising Freya to be an independent person and not having to fit into one box. 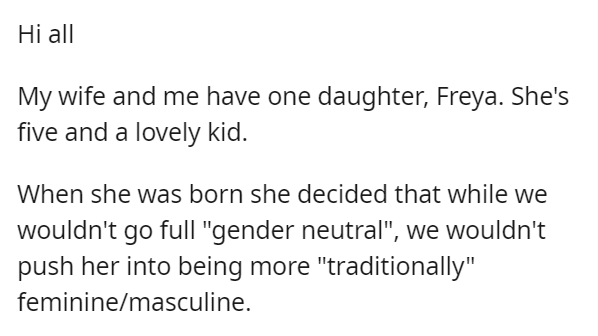 A kid shouldn’t have to do things specifically ‘for their gender’. We should let them be free and choose their own interests. 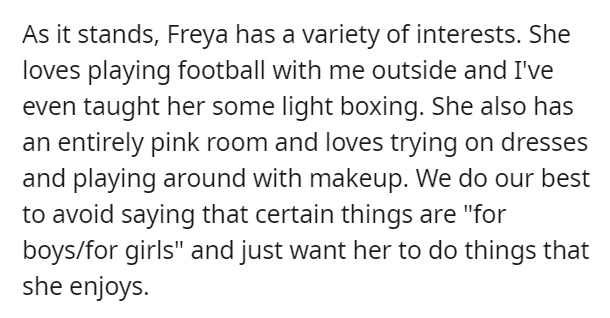 Unsurprisingly enough, she has started asking questions about why most sports are only played by guys on TV. 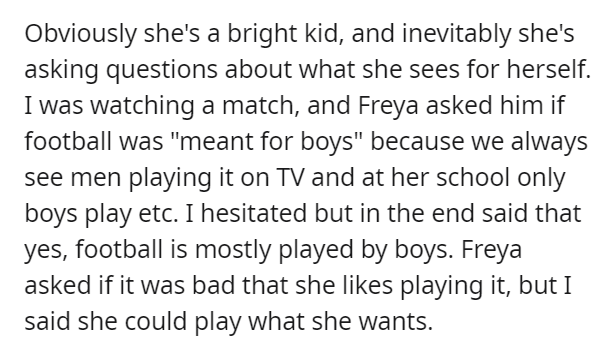 While most sports do have woman’s teams as well, it is not always as popular as men’s teams. 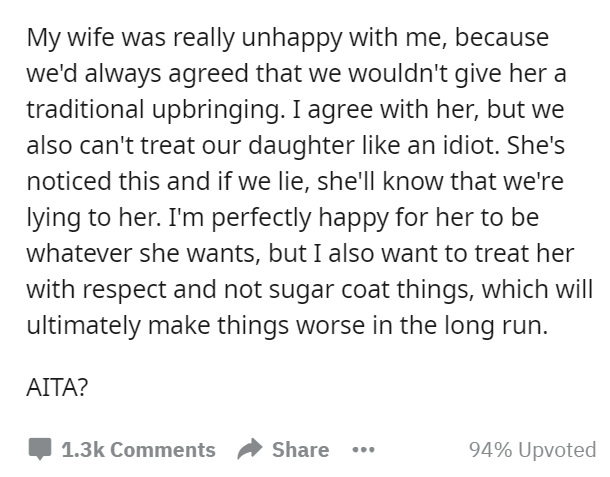 Disagree a bit with the YTA (I’m leaning NAH) but agree with the approach. A few years back the Australian Women’s cricket team was performing incredibly and got barely any publicity or air time. The Men’s team were pretty poor and that’s where the focus was “they’re not having a great season etc. etc.”

I loved playing Aussie Rules footy when I was a pre-teen. Admittedly we weren’t “allowed” so it was mostly kick-to-kick and no contact, but it was my favorite. Then I became a teenager and had to stop because “boys are too rough and girls don’t play footy”. There were some women’s teams in the city (nowhere near me), so I lost interest and ability. Now we’re building a proper national league and so many players are talking about how lucky they feel to be role models. Ditto! More visibility = more participation = more recreational and competitive opportunities. –PM-me-fancy-beer

And people had different opinions on how he should have approached this. 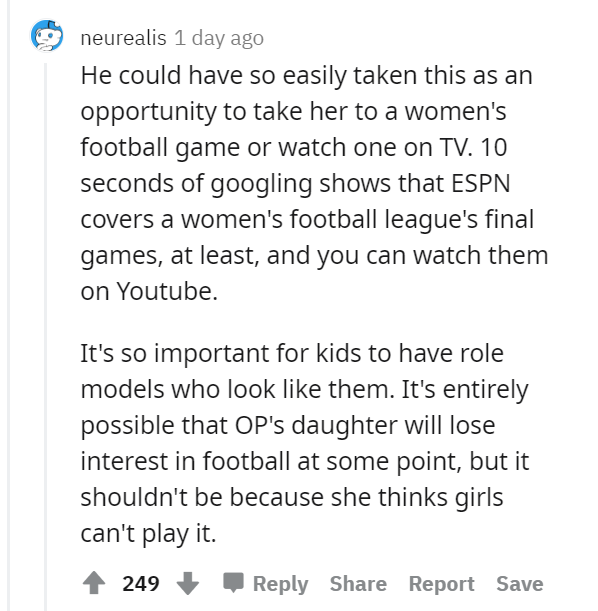 Some people believed he worded it wrong. 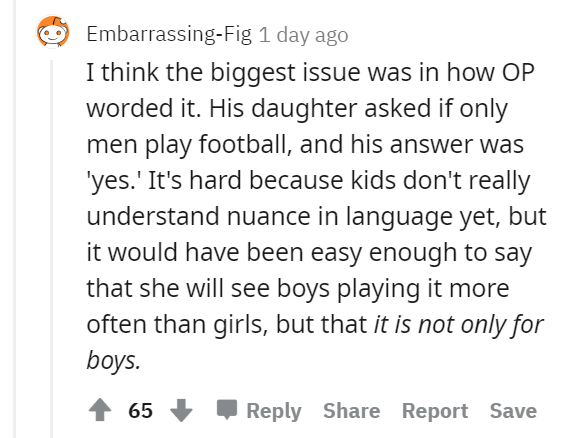 While others think he should have used this as an opportunity to teach his daughter about women who play as well. 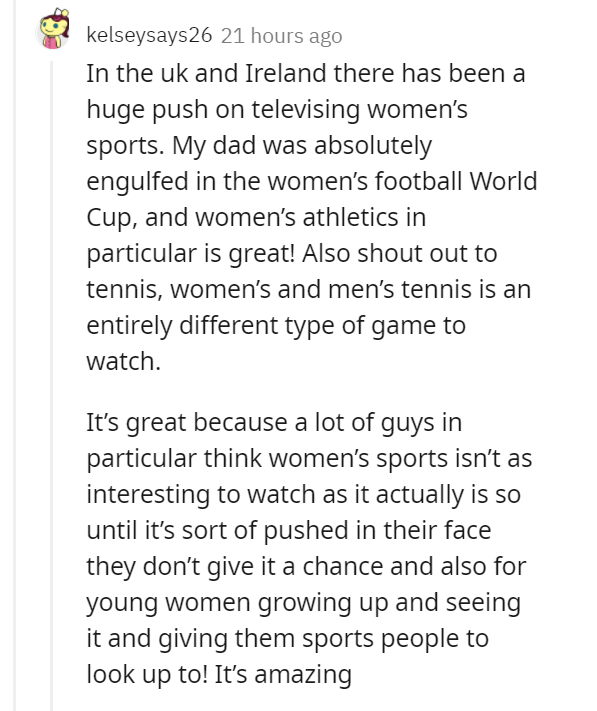 There were also some who thought he did what he could do as he didn’t have much time to think about an answer. 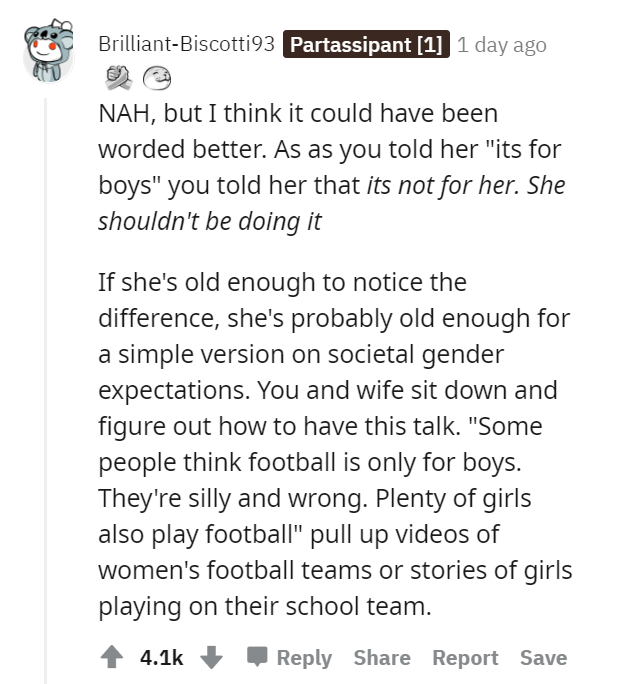 So he could have done it better but it wasn’t a lost cause. 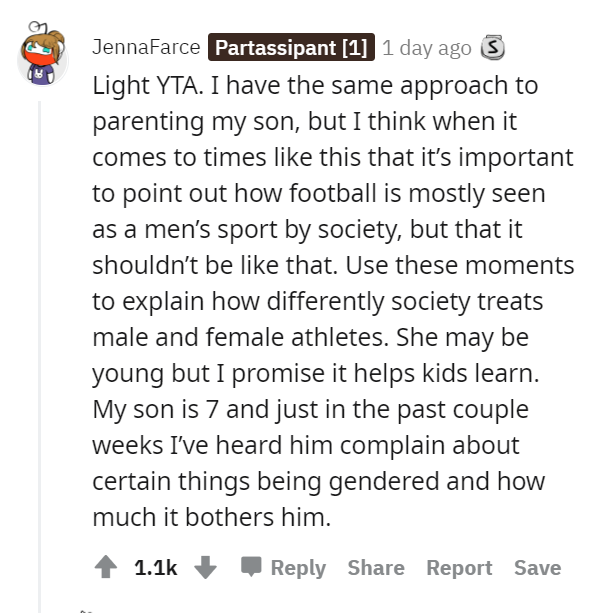 But then again, there is always time to go back on his words and show his daughter videos of women playing football. 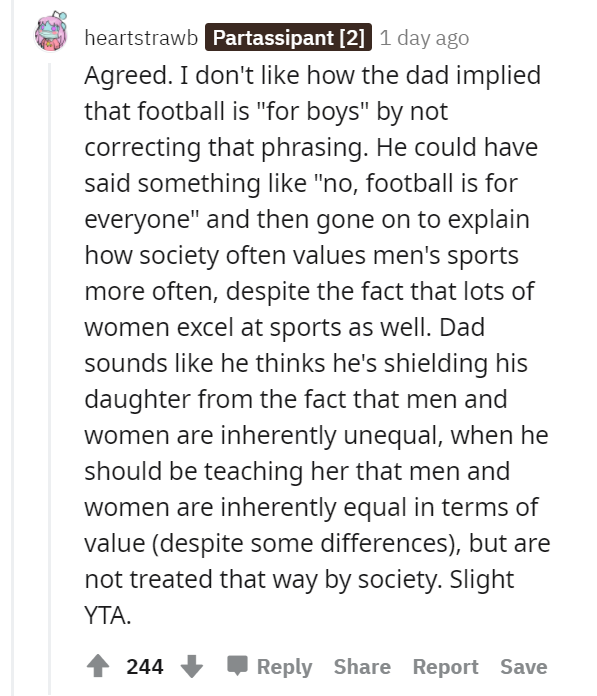 However, the only way to break the gender construct is to realize that it exists and is out of our hands sometimes. 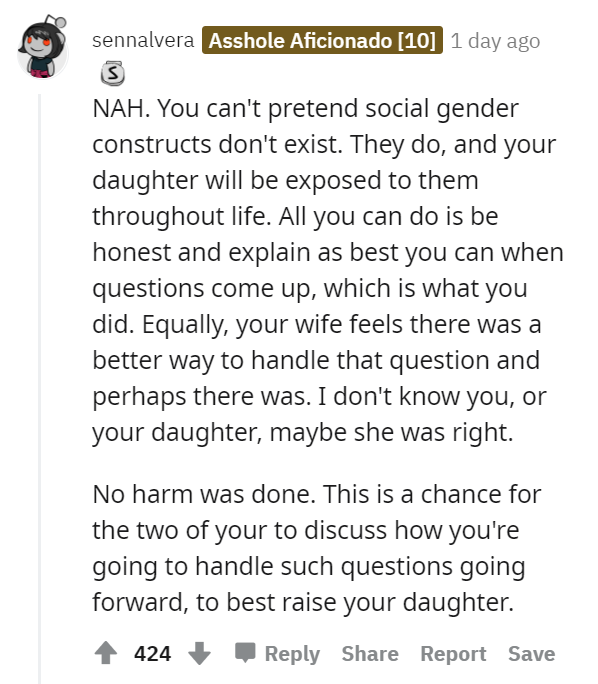 He told her the truth at the end of the day but didn’t follow up with anything else. 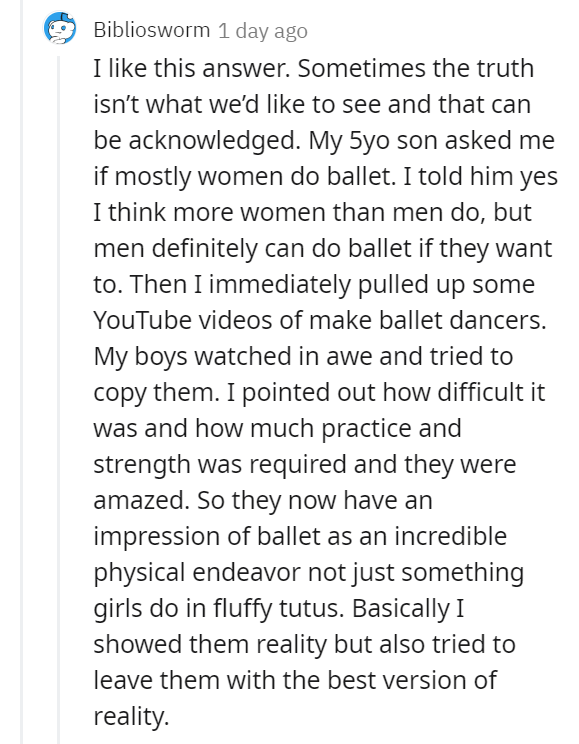 In the UK and Ireland, there has been a huge push on televising women’s sports. My dad was absolutely engulfed in the women’s football World Cup, and women’s athletics, in particular, is great! Also, shout out to tennis, women’s and men’s tennis is an entirely different type of game to watch.

It’s great because a lot of guys, in particular, think women’s sports isn’t as interesting to watch as it actually is so until it’s sort of pushed in their face they don’t give it a chance and also for young women growing up and seeing it and giving them sportspeople to look up to! It’s amazing. –kelseysays26

As this comment puts it, he could do some research and help his daughter in the future. 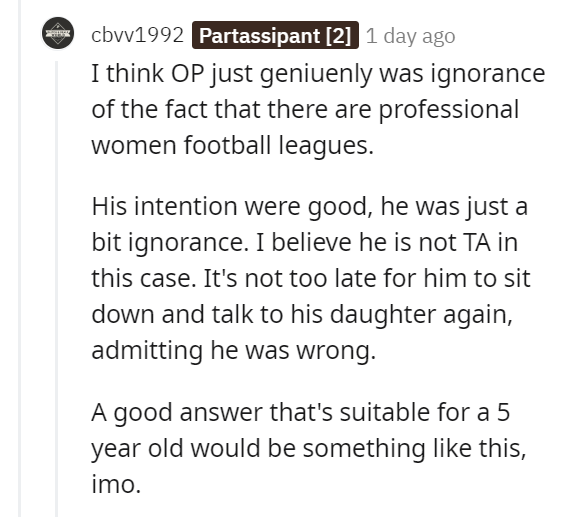 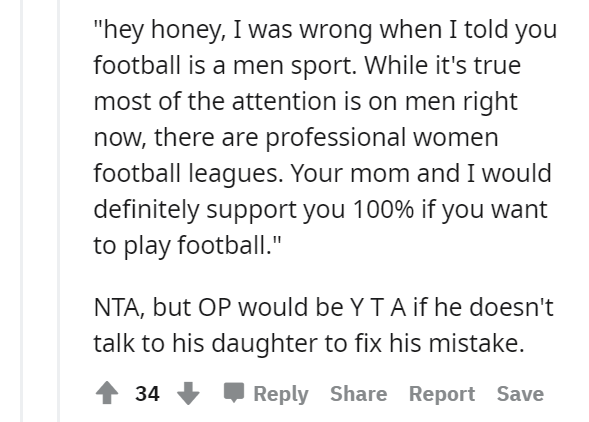 How would you handle this situation? Voice your opinion in the comments below and don’t forget to share.