It is better to be safe than sorry.

I know everyone says that one should trust the people we care about but it really is not that easy. Whether we blame it on the media or the high crime rate, money can do weird things to people. Even the kindest people sometimes turn horrendous where money is involved. People will end the lives of their blood relatives just so they can get the inheritance so it really is not that outrageous to think that money can change people.

Now, I am not saying that we should be this suspicious of everybody but what I am saying is that it is better to be careful, especially where relationships are concerned. You might think you know a person but everyone has different faces and they might just be putting on an act to get close to you. This might be a pessimistic view of the world but I think it is very realistic once we take one look at the news.

So the fact that this guy keeps asking his girlfriend to tell him the codes of her safe is just ludicrous. You can read the whole story by scrolling below.

It seems like a simple title but the story has quite a few twists and turns. 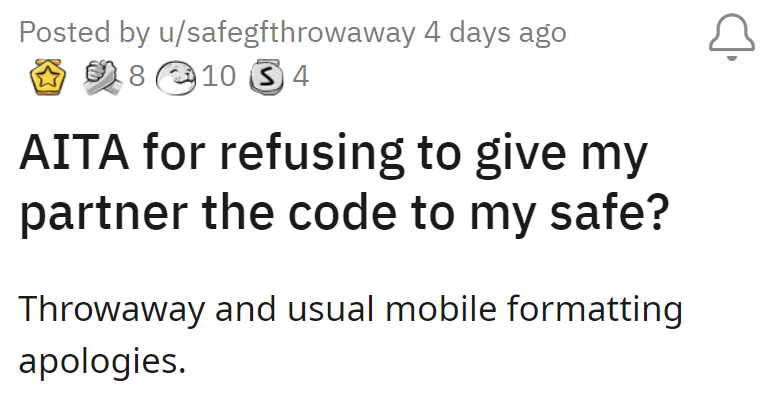 Firstly, we get a little bit of information about why the safe exists in the first place. 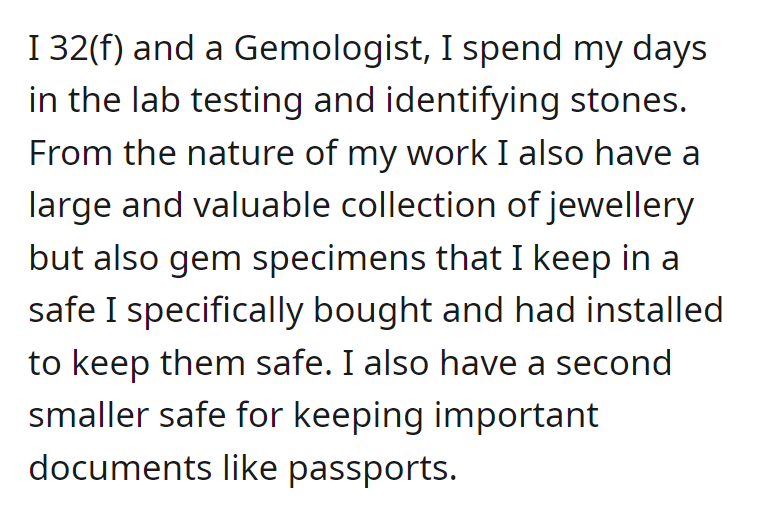 We see a red flag right from the start when the guy asks her for the code to the safe. 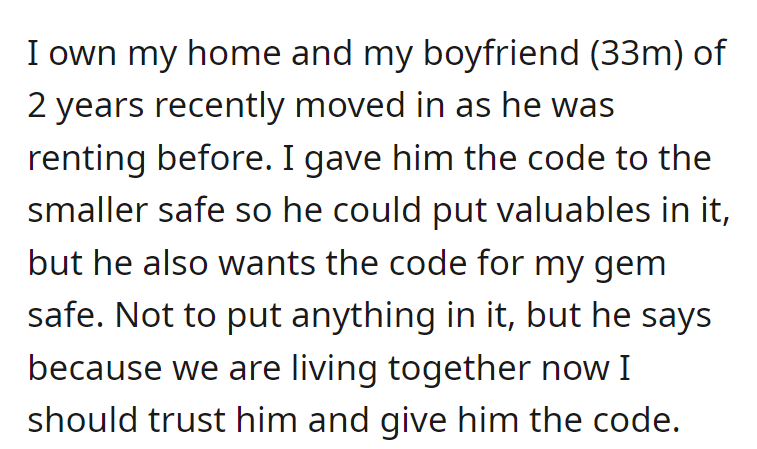 She has clearly told him no multiple times but he never lets it go.

He apparently wants her to show trust in him. 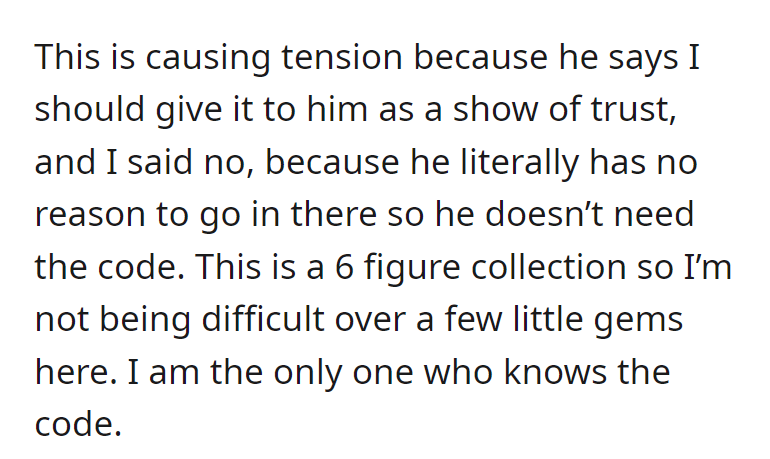 But he has no reason to ever open it.

So I think it is understandable to be wary as she quickly learns. 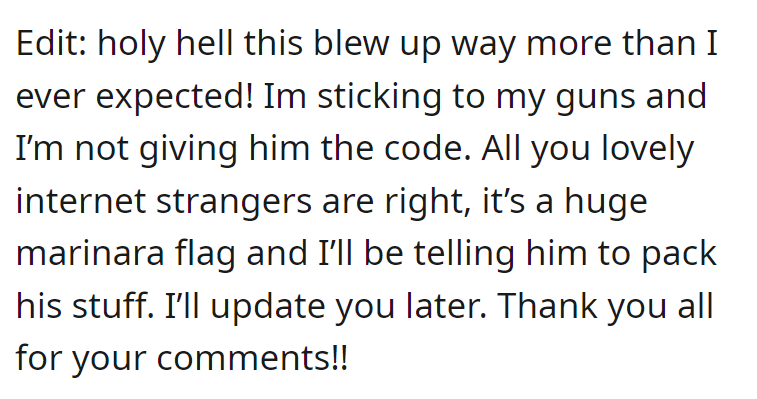 People advised her about how to solve this issue.

And we also get a little bit more information about the gems. 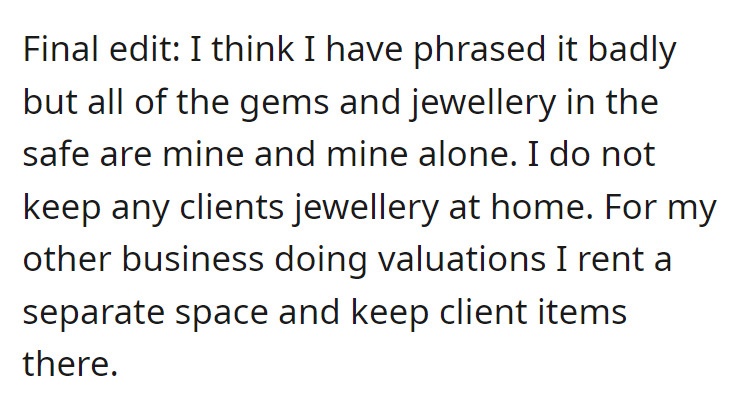 It is clear that she is taking the advice of people seriously. 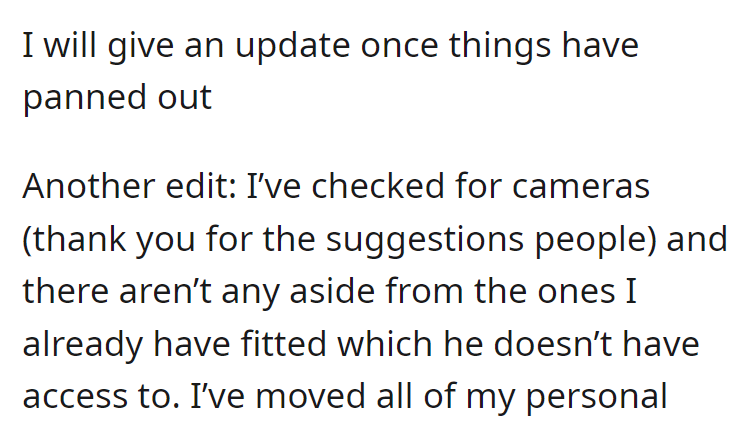 Hopefully, we will soon learn the result of this. 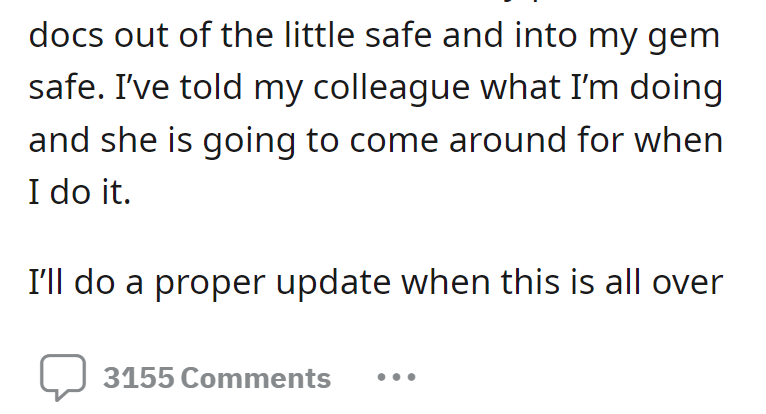 I honestly don’t know what this guy is thinking but I don’t trust it. It is not as if he is asking for his phone code and even then it is an invasion of privacy. Does he really think that he is owed the codes of the safe just so she could prove to him that she trusts him 100%? Because I wouldn’t tell anyone the codes to a safe filled with expensive gems if I had one. Yes, I wouldn’t even tell my blood relatives let alone a stranger.

This comment puts it perfectly, money does weird things to people. 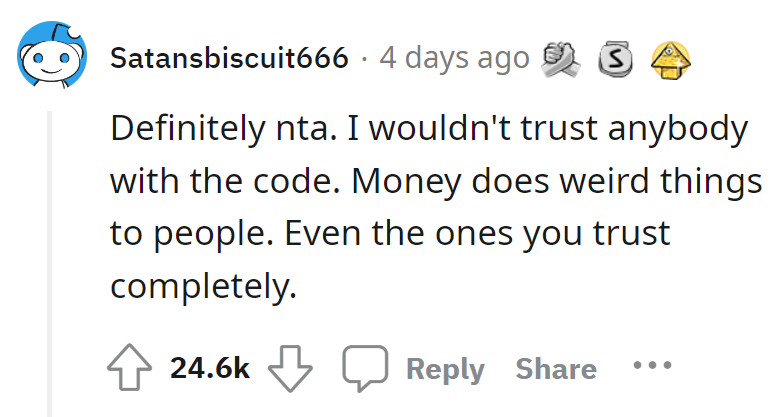 He can clearly see that she has a good life and that doesn’t bode well. 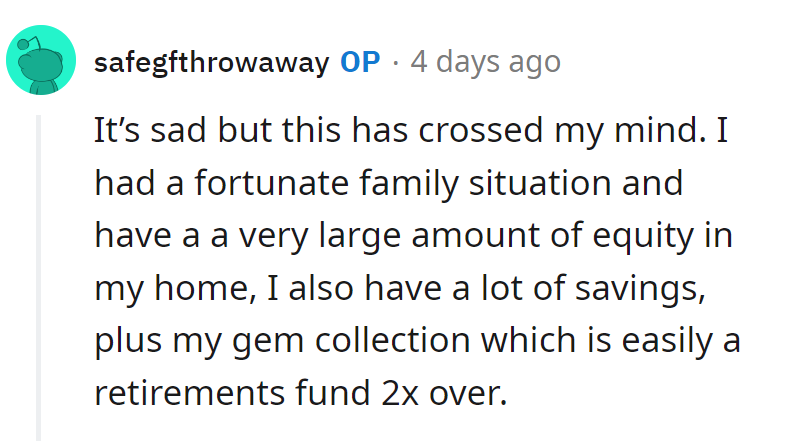 The comments are 100% right and it sounded suspicious right from the start. 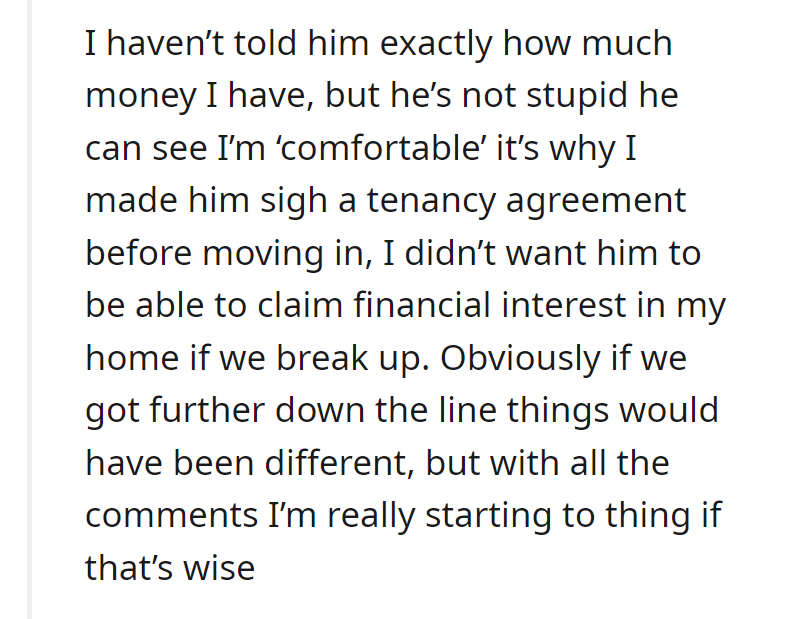 What would you do in this situation? Do you think the boyfriend has some nefarious reasons for asking about the code? Or do you think he is just being dumb? Comment down below and let us know.