Who said cats are lazy?

I mean we have all heard cats are lazy, but that is not true. Have you ever seen a cat running around the room when they’re hungry? They will wake you up no matter what. So we can’t really call them lazy. Especially when they get angry and try to scratch everything they can get their paws on. However, we have a kitty who is different and his name is Bobo. He has been working as a shopkeeper for over 10 years.

That is a long time for a human but it is even longer for a cat. That is basically more than half of his life. And he hasn’t taken even one holiday. He has been working non-stop for 10 years and he apparently loves his work. And the customers love him. What does he do you may ask? Well, he greets everyone who comes into the shop. And I know if a cat greeted me before I went into a shop, I would buy everything there that I could afford.

This is Bobo, the hardworking shopkeeper. 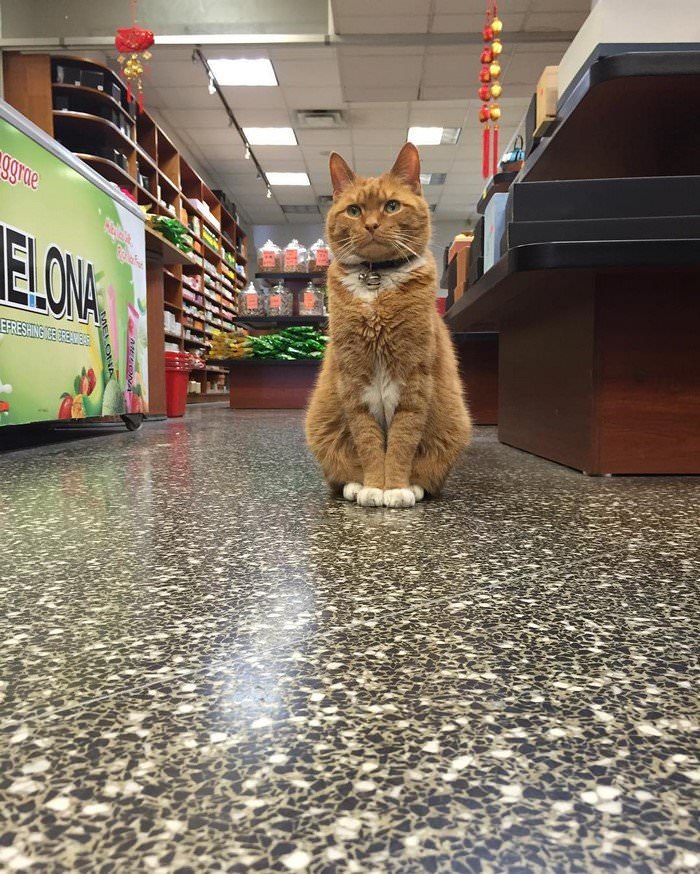 He may look grumpy here but he is adorable and loves all the customers. 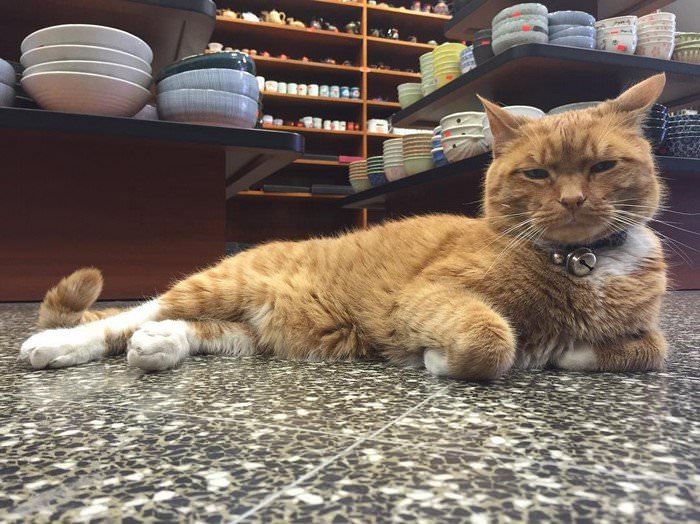 That is one healthy cat. 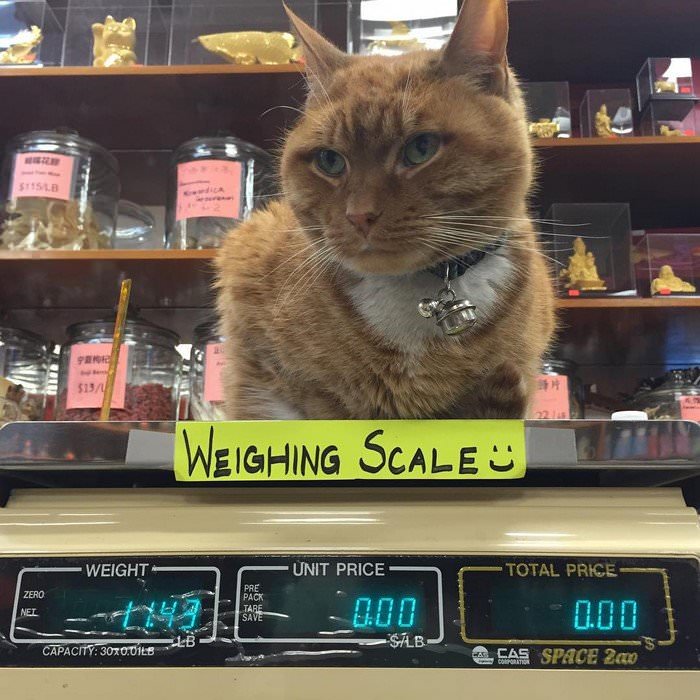 He looks like he is gonna win the jackpot! 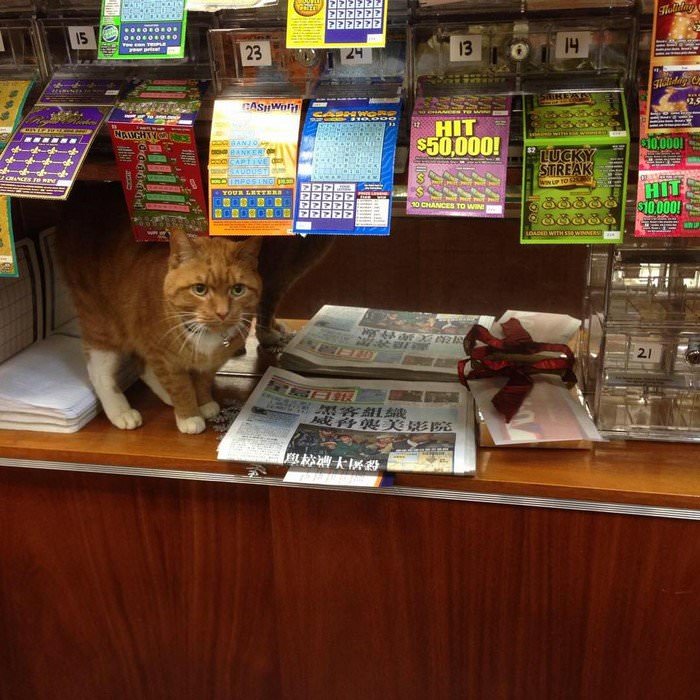 Bobo, also known as King Bobo has actually gone viral on the Internet as many cats before him have. And that has garnered him over seventeen thousand followers on Instagram. So if you want to see even more shenanigans of Bobo, you can check out his Instagram and get your fill. Bobo is an old kitty but he is still as spry as hell. And he is known as a public figure which I totally understand.

Here he is turning his nose up at everything in the store. 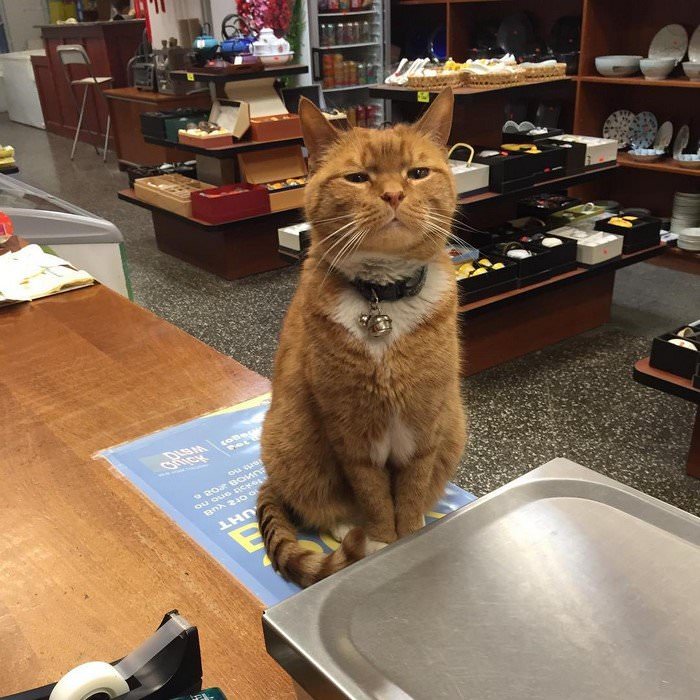 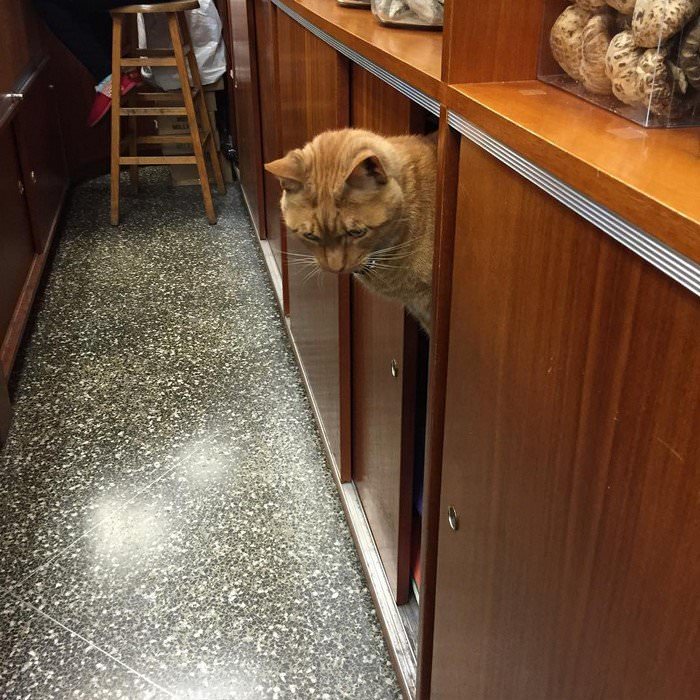 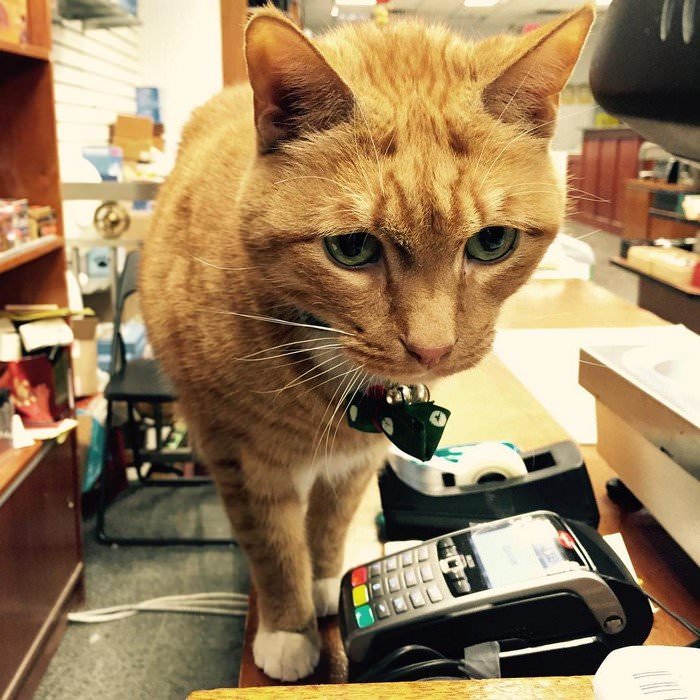 Bobo has a great family who love him and takes care of every luxury that he could ever want. And with the looks of it, the bowtie and such, I can see that he is well taken care of. He spends all his day roaming around the shop asking for pets from the customers and also treats and such. 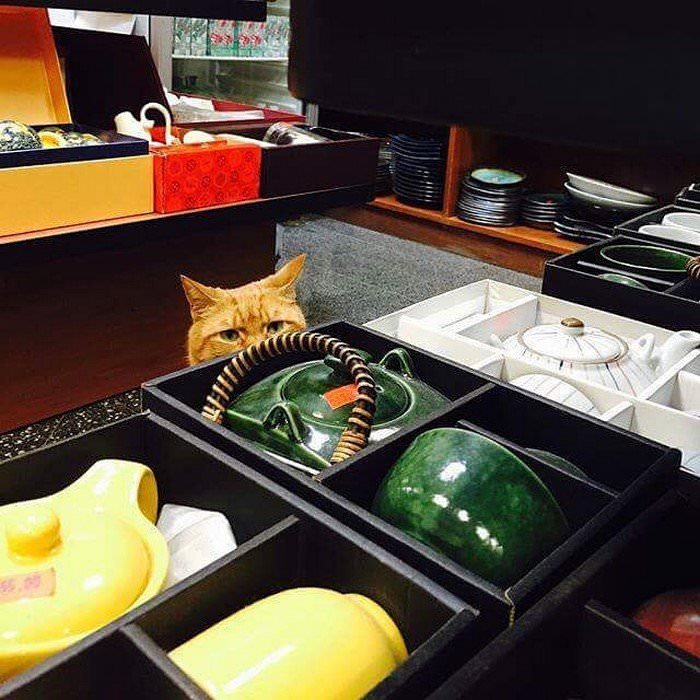 Does your kitty work hard or do they like to lie in bed all day? We always love to hear from our readers? So don’t forget to comment down below and let us know.