Some people are willing to do anything to get a cat.

And that is perfectly understandable. After all, cats are great and can be loyal companions alongside you no matter where you are. However, parents are always worried about getting their children a pet. As pets require a lot of care and sometimes young people aren’t able to handle the responsibility. This can lead to the parents having to do all the work from the get-go. While a pet can be a great way to teach responsibility, we have to remember that animals are living beings so they are not playthings.

But this 13-year-old was having none of it. She wanted a cat regardless but her Father wasn’t allowing her to get one. So an idea formed in her mind. She decided to decorate her living room wall with different sad pictures of kitties crying and such with other posters saying “please.” It is honestly pretty adorable and she also told her father to read all of it. So her father had to relent after all of the efforts she put in decorating the ‘wall of sorrow’.

This is the alleged wall of sorrow that the girl created. 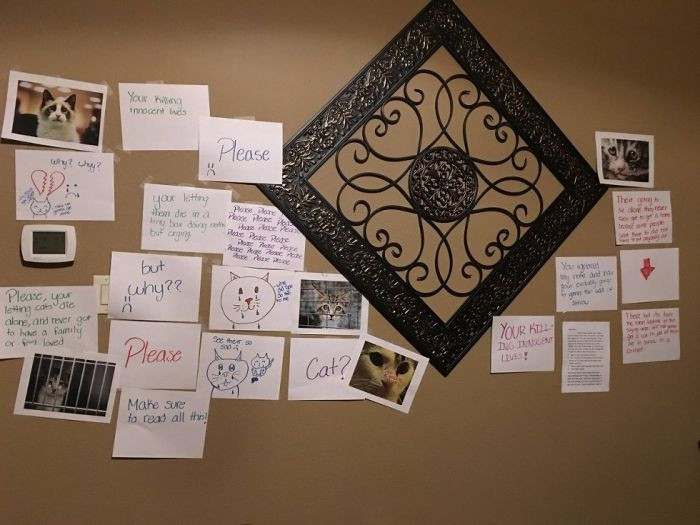 She added many beautiful pictures of kittens looking sad. 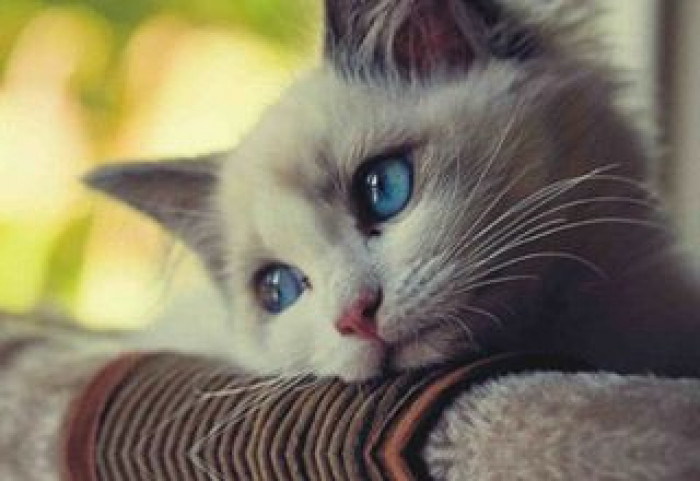 She wanted to make her Father feel emotional distress so that he would get a cat. 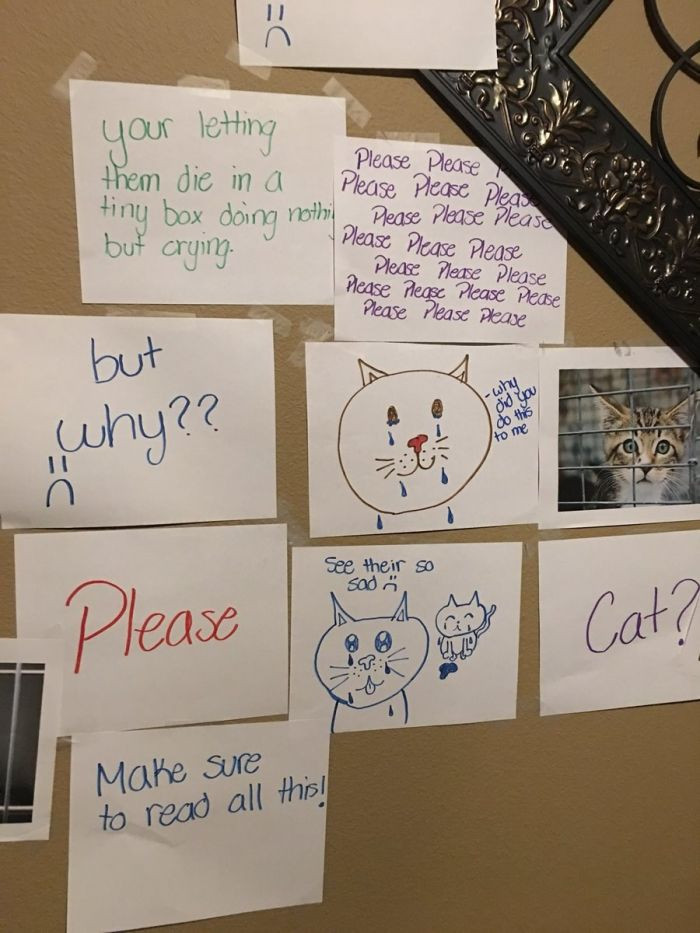 As you can see, cats are crying because the father is not letting his daughter get a kitty. 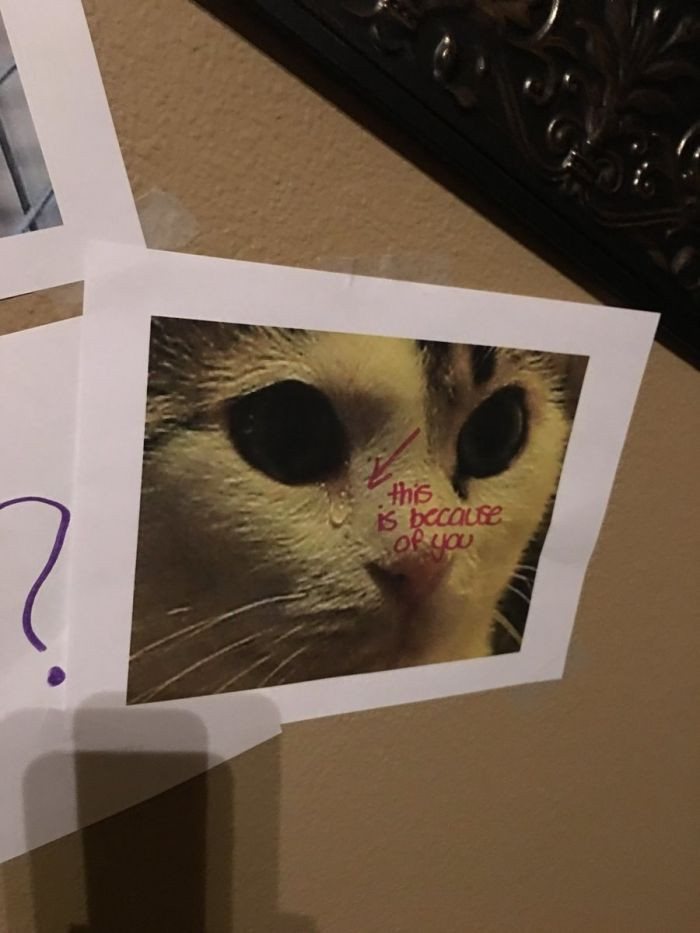 The reason she did this is that their 19-year-old cat passed away a few years ago. And it has been quite hard on her. After all, she has spent all her life alongside a cat. And now wasn’t able to live without one as she felt sort of empty. Her father wasn’t letting her have another cat which might be because he didn’t want to go through that heartbreak again. But he couldn’t hold out forever so, they got Mittens.

So he finally relented and got her a cat. 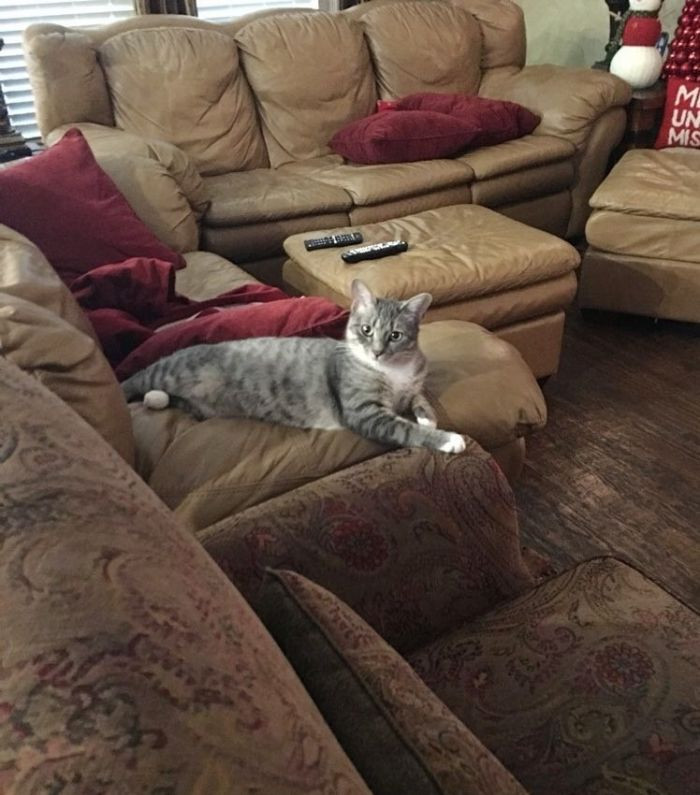 And the cat was immediately comfy with the Dad. 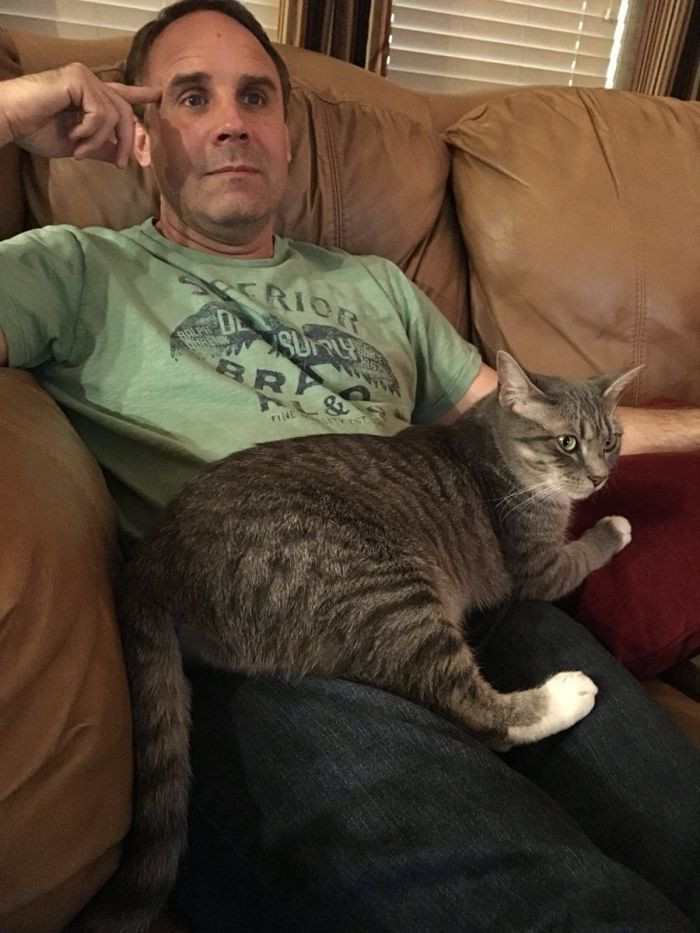 This cat is named Mittens and she looks content to have found a lovely home. 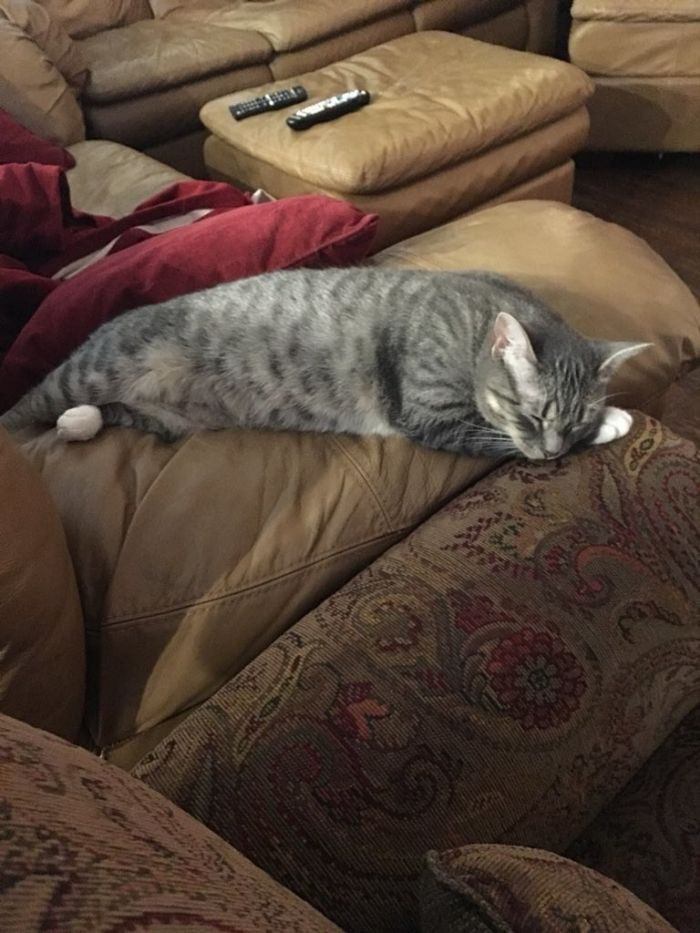 She’s wanted one ever since our other cat died of old age about two years ago. My sister has been begging my dad to get another cat. Her birthday was December 9th, and her wish was to get a new cat so she decided to make a ‘wall of sorrow’ which took her about an hour to do. She thought it would show my dad how badly she wanted a cat and that she could take care of it. She loves her cat and they’ve been cuddling together since we got her. -Peyton

People were amazed at the fact that it worked.

And many wanted to try it for themselves.

While some had already employed this tactic for other things.

Two golden retrievers are always better than one.

What did you think of this ‘wall of sorrow’? Would you ever do something like this to get what you want? Comment down below and let us know.