Roommates can be a pain in the a*s sometimes. It can be extremely hard to live with someone whose lifestyle doesn’t match with ours and they someone who doesn’t take their responsibilities seriously. When two or more people are living together in an apartment or in a dormitory, there are certain responsibilities that each roommate has to take. That’s the only way things can work out in a peaceful manner. Otherwise, there’s an uninvited chaos and everything goes down in flames.

We’ve read so many stories about ill-mannered and inconsiderate roommates over the years and how people got back at them fro not taking their roles seriously. Honestly, each story is different in its own way. Some of these revenge are worth a round of applause and others are just sick to the core. Recently, we came across a rather rad revenge on roommates on a subreddit on Reddit called “Nuclear Revenge”. The post was originally posed in the “Petty Revenge” subreddit and someone suggested that it belongs to the nuclear revenge subreddit. What makes this revenge story interesting, is how patiently the OP turned the tables at her two extremely selfish roommates. Here’s the whole story about the girl who took an epic revenge on her self-centered roommates. Scroll down to find out what happened exactly. 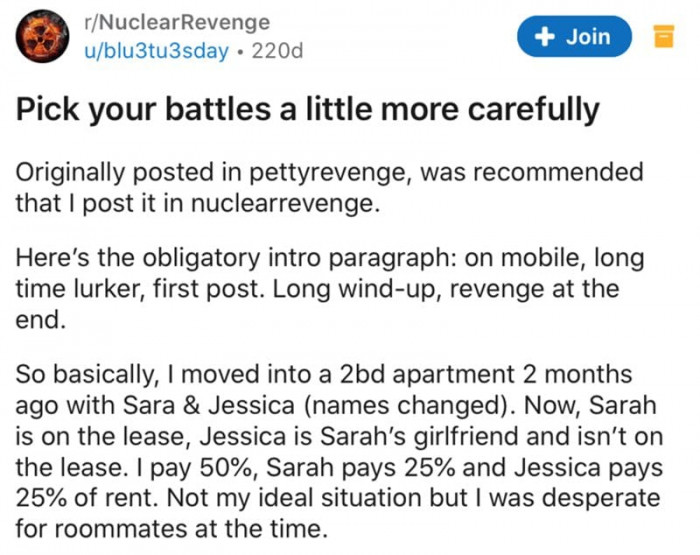 And that’s how things started to get ugly… 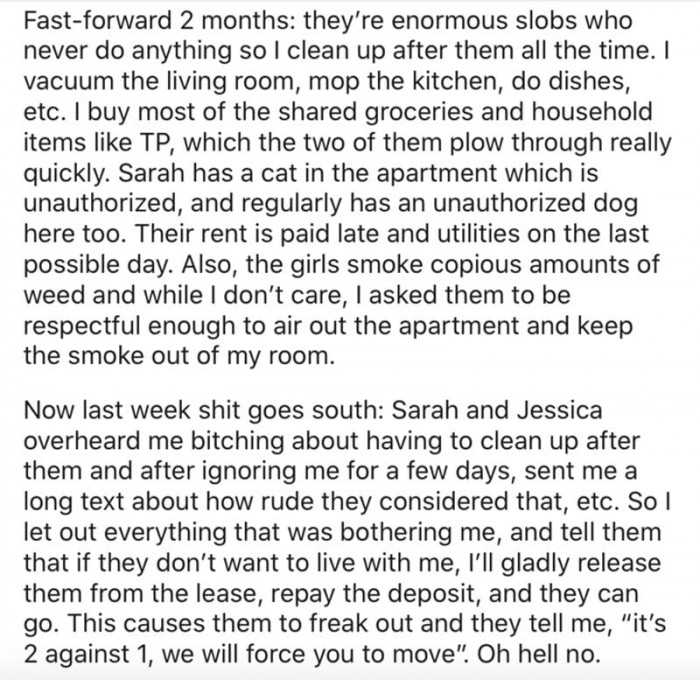 When shit hits the fan… 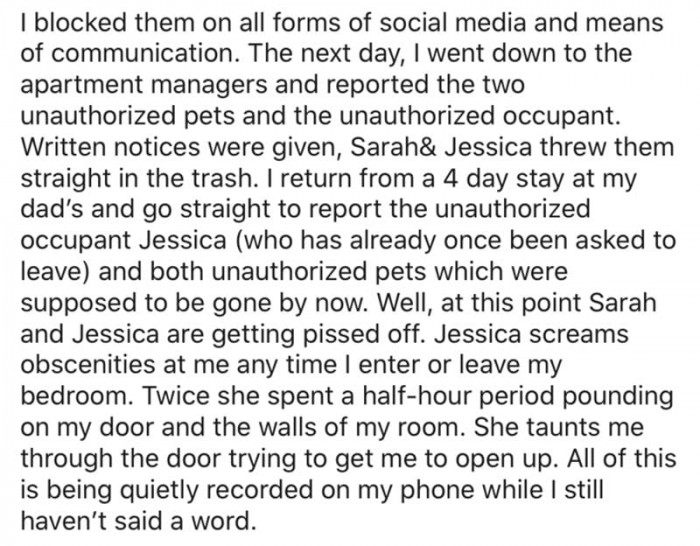 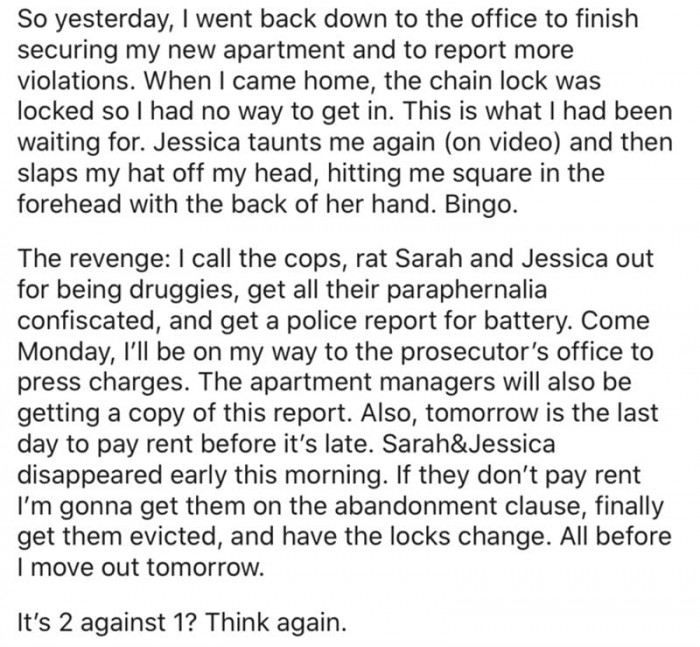 When we’ve had enough of someone’s shit, we gotta take some action against them. After all, we’re all humans and have a certain tolerance level. Wondering why do people confuse someone’s generosity for their weakness.  Being kind doesn’t mean that the other person is a fool and is oblivious of the dirty games being played against him/her. The funny thing is that upon being caught and questioned, these people have the nerve to get mad just like the two girls in the story. It’s unbelievable. Although the revenge was pretty dope, some redditors were seen debating about whether or not it’s a nuclear revenge or a pro revenge. Scroll down to read what they had to say.

It was a well calculated move. 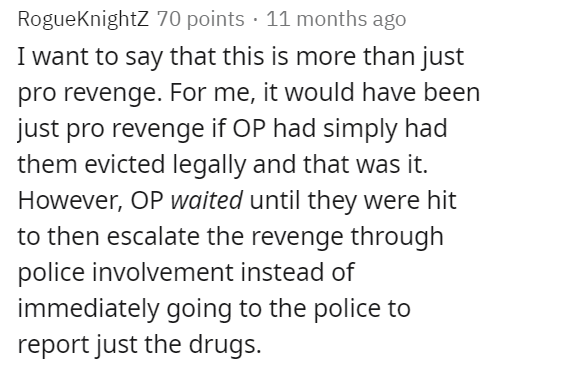 She didn’t break any laws.

Oh, how flawlessly the tables have turned.

Nuclear revenge is when you are super duper pissed at someone that you totally kill em’ and on the other hand, pro revenge is when you really get back at someone for something they did in the most savage way possible. We think it was both, pro and nuclear revenge. OP destroyed her roommates in the best possible way. They’re totally done and would think twice before acting the way they did. What do you guys think? Let us know in the comments below.