Life is a continuous event that has one surprise after another. Even if you plan it perfectly, you never know what you’re gonna get in the next moment. And that is what makes life so much fun. However, sometimes this means you will get to see or hear things you weren’t supposed to in the first place. And you know that if you tell anyone what you saw, you might get into trouble.

I’ve had many moments in my life where I’ve seen things accidentally which were embarrassing for the both parties but you tend to forget about them unless they are brought up like this. But the Reddit community loves to bring up old things. So when one Reddit user asked ‘What was something you saw you were definitely not supposed to see?’ Many people obliged by giving their own experiences.

#1 This guy definitely did not expect that.

#2 Well, at least you got out of there before someone saw you. 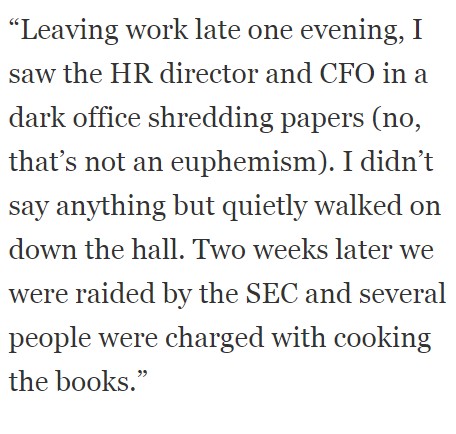 #3 I am happy that the police were called and the guy was saved from who knows what. 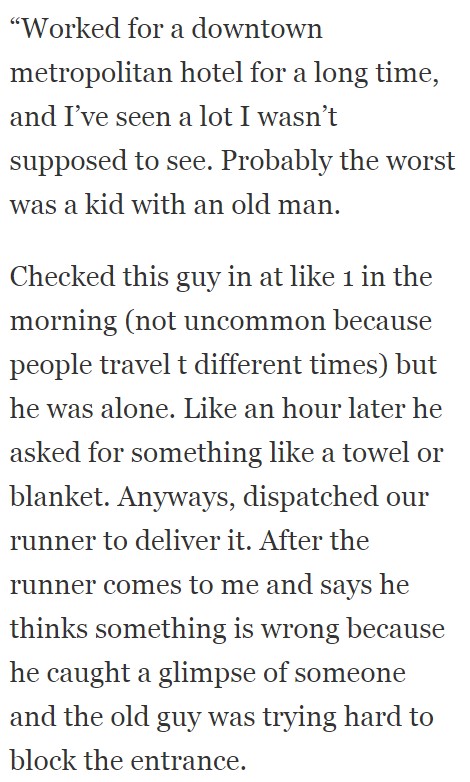 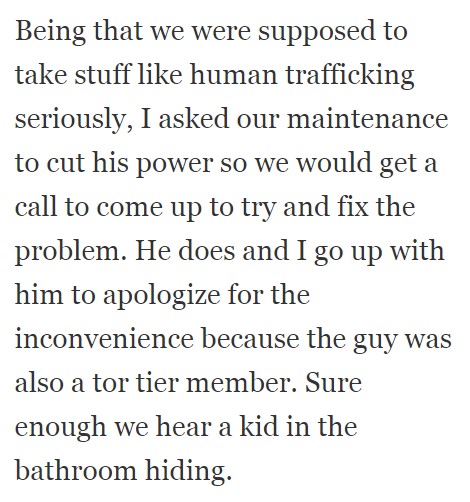 Tried to ask who the kid was and the old guy tried everything to shut us down from throwing his status around to bribing. Called the cops and let them deal with it.

EDIT: didn’t expect this to gain so much traction. Here’s are some additional info for people that have been asking: I don’t recall the specific charge (or if I was even told so, use your imagination), I don’t know the age of the child (I only saw him briefly one time when the cops showed up), I don’t know the age of the guy, this was in Southern California (as specific as I’d like to be).

#4 Okay, That is just straight up disgusting. 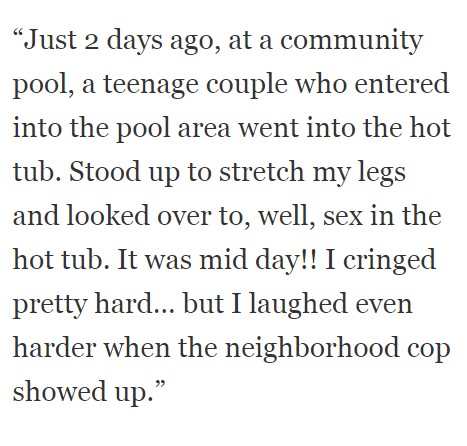 #5 I feel embarrassed for the girl but he didn’t do it deliberately. 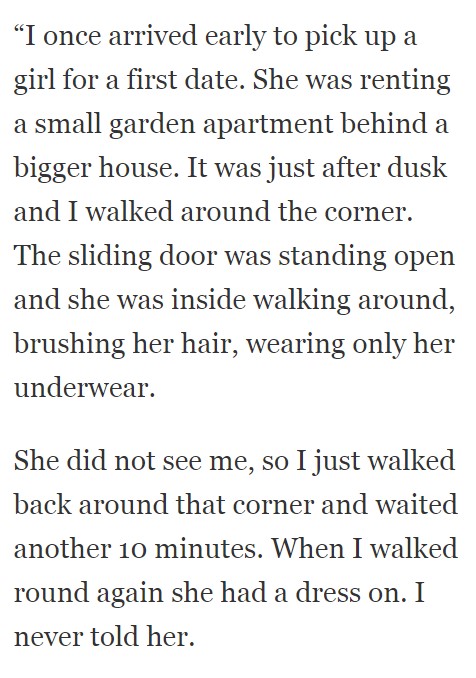 Edit: Since a few asked. The date went well. I only got to see her underwear again several weeks later. 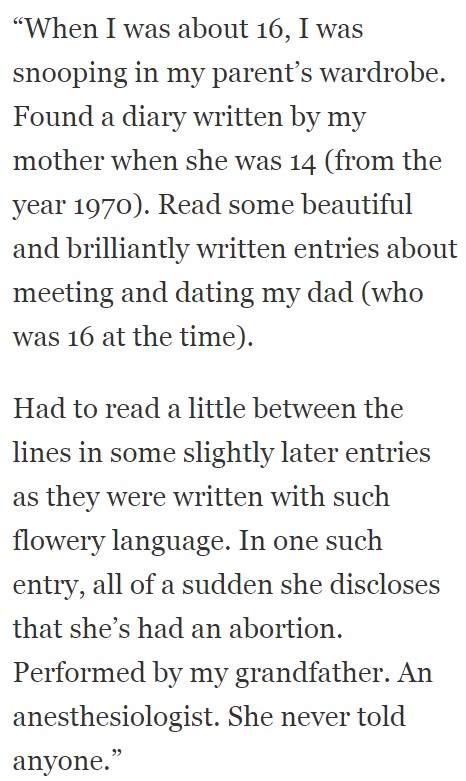 #7 Why put on such extravagant parties if you can’t afford it? 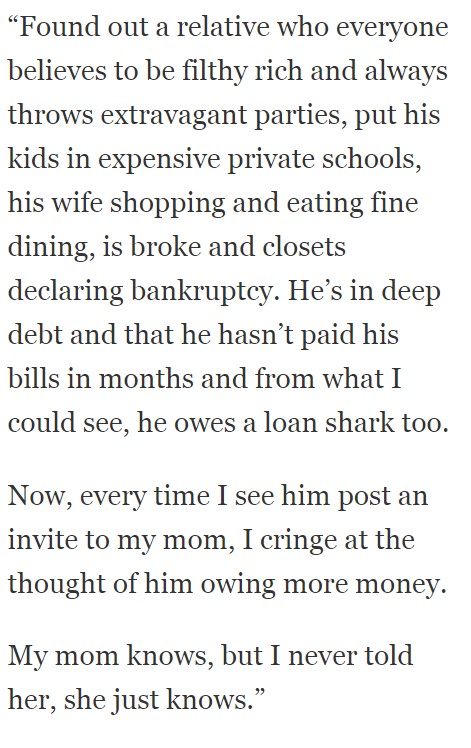 #8 Why a suitcase full of them? That’s my question?

I found a suitcase full of adult toys under my moms bed when I was 8.

#9 This is why you wipe your computer before giving it to someone. 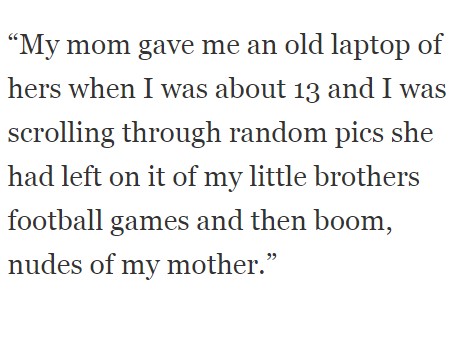 #10 Close the door if you’re going to do something like this. 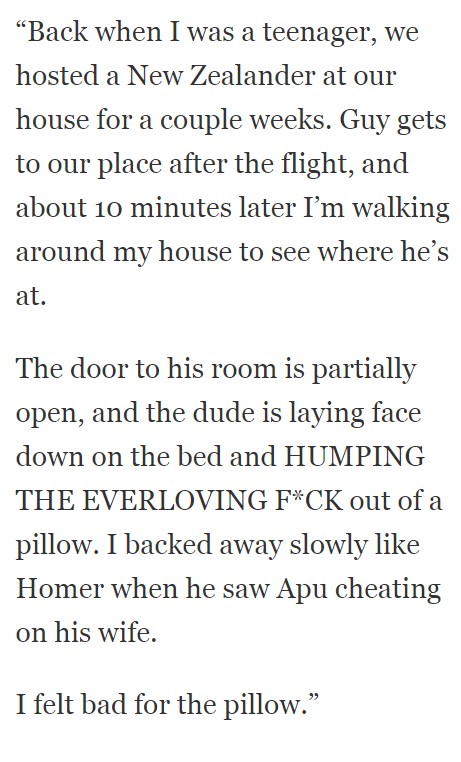 #11 And here I thought magic was real.

David Copperfield show: I was at an angle that allowed me to see the volunteers running out from the stage during a disappearing act.

#12 Most people would have a very weird search history. 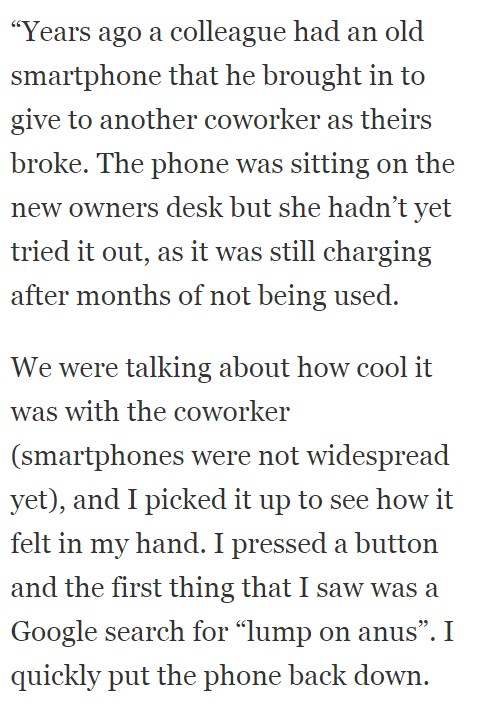 This must have been the last thing he searched for when he last used it a long time ago, and forgot about it…

#13 At least he is getting the help he needs and that’s what matters. 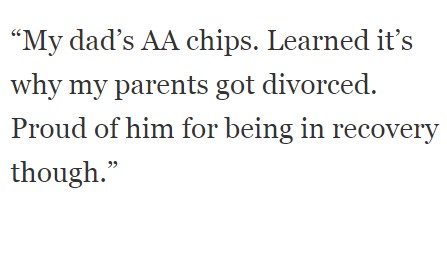 #14 That must have been terrifying. 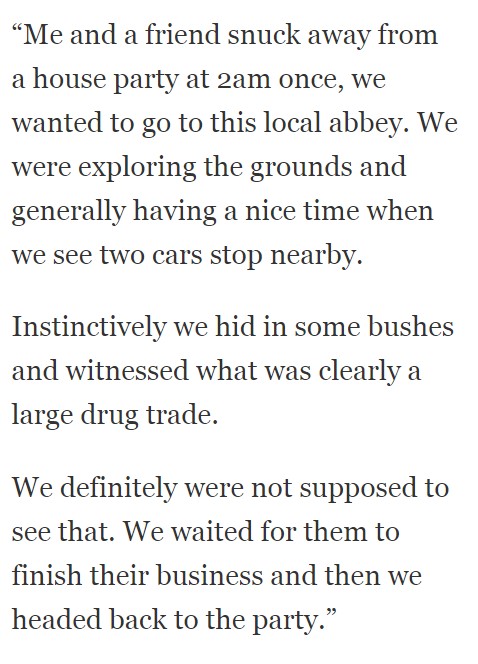 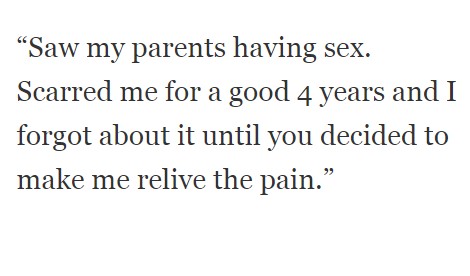 Do you have any instances to share where you saw things you weren’t supposed to see? Why not relive those moments again by commenting them down below.