You should always listen to what the customer wants.

Now, I am not saying, the customer is always right. But if I am to go somewhere and order something without a particular ingredient, there is probably a reason for that. And if you don’t want to omit that ingredient, just say that the dish can’t be customized rather than saying something else and doing something different.

However, I’ve come to see that many restaurants don’t really care about the customers’ health. They think everyone is following a fad diet and that somehow makes them bitter. That is why the following thread is so important. People need to learn that being petty can land someone in the hospital.

It all started when someone shared this. 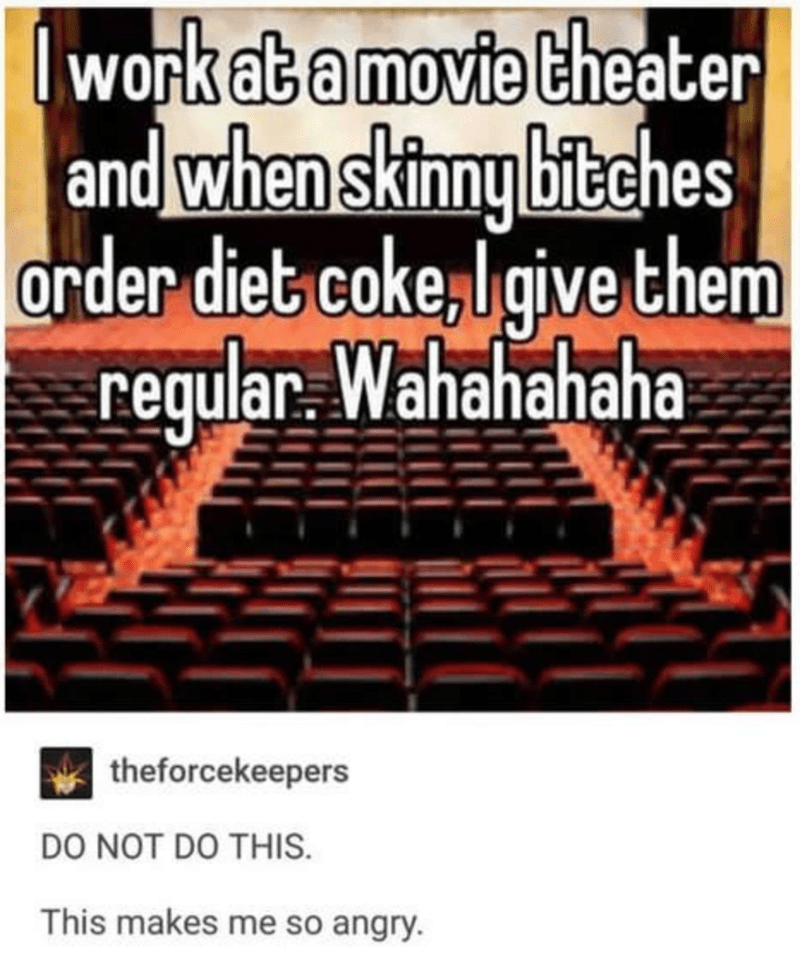 It’s not like you have to make Diet coke yourself. 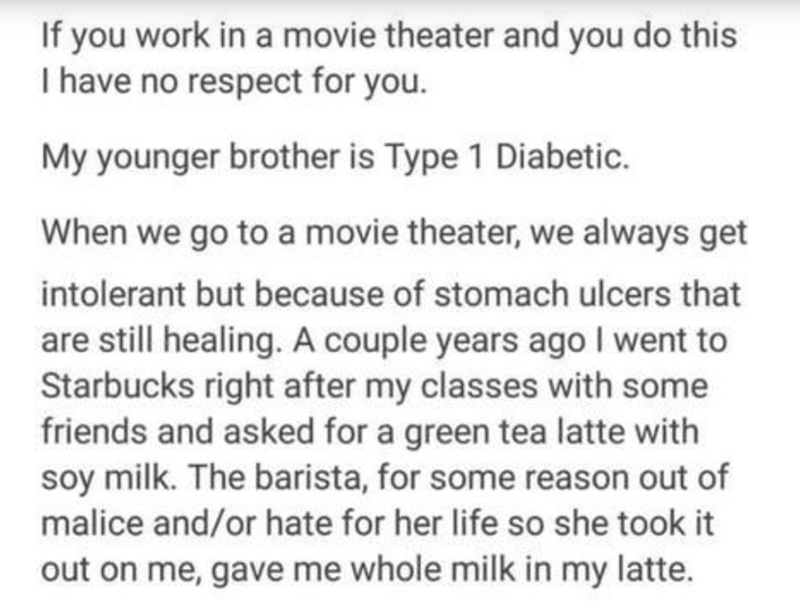 I have no idea what’s wrong with asking for a different ingredient. 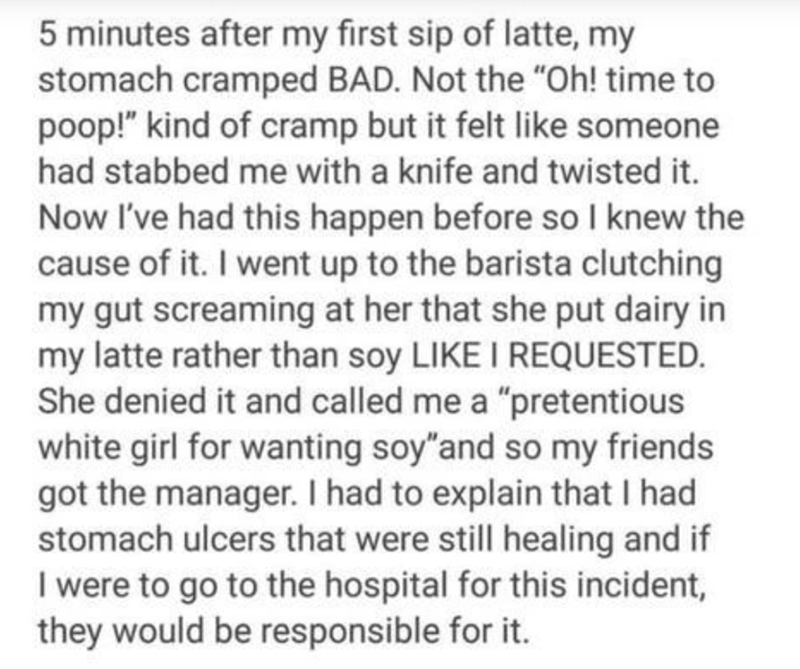 She honestly deserved to get fired at the spot. 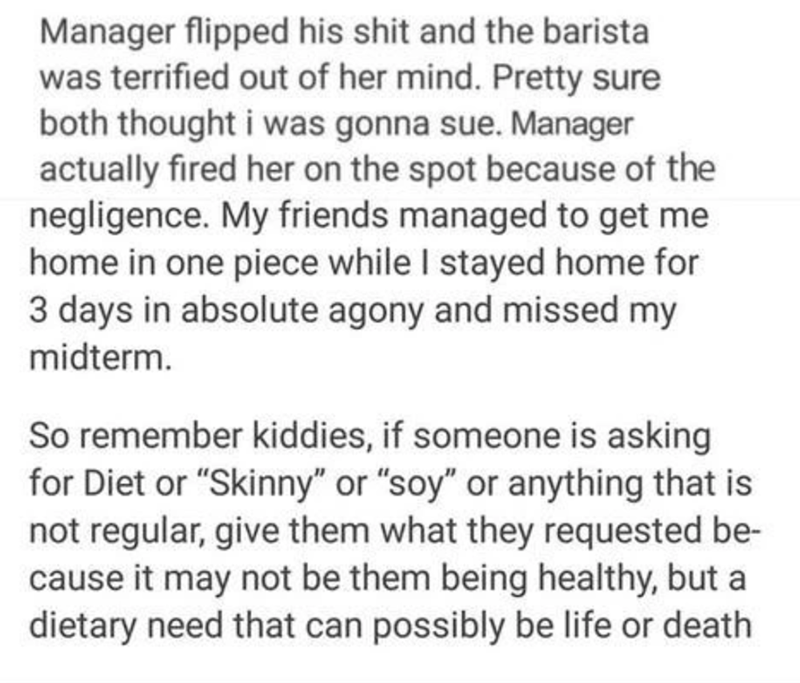 What’s wrong with trying to be healthy anyway? 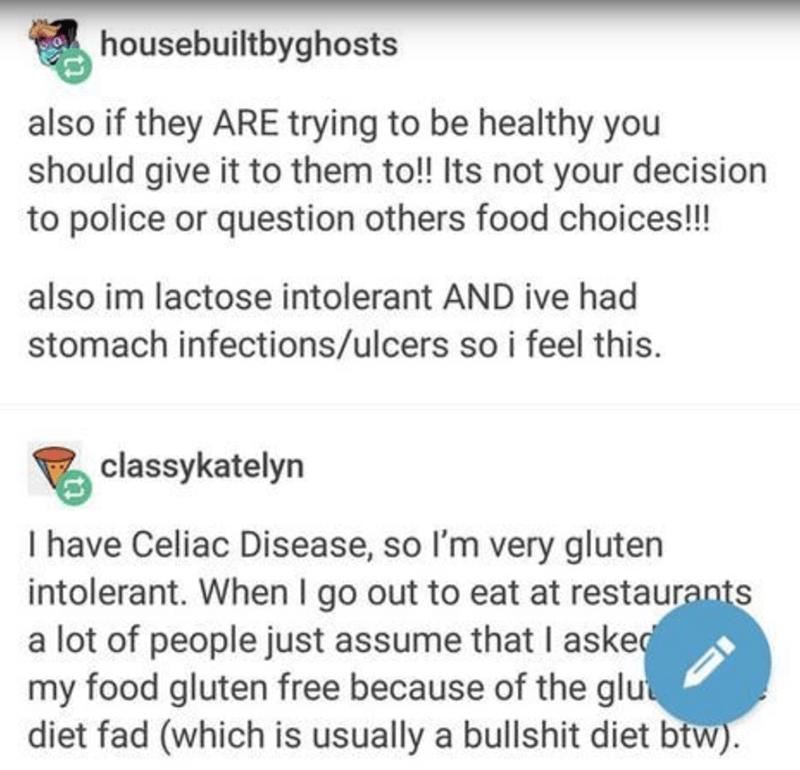 Do these restaurants think everyone is lying? 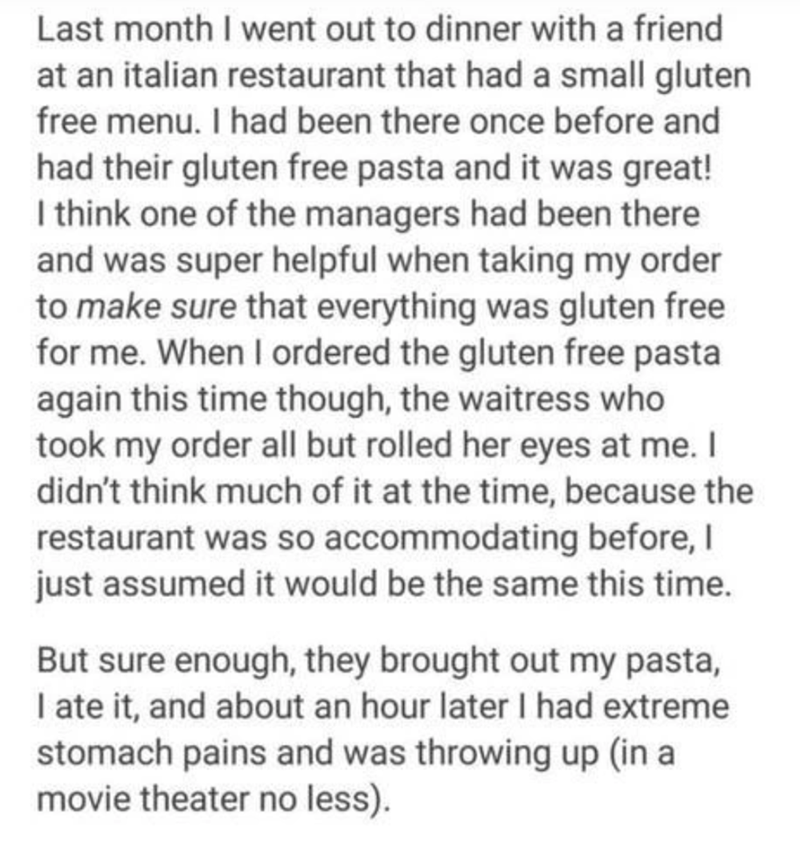 Just tell them to their face if you don’t want to do something. 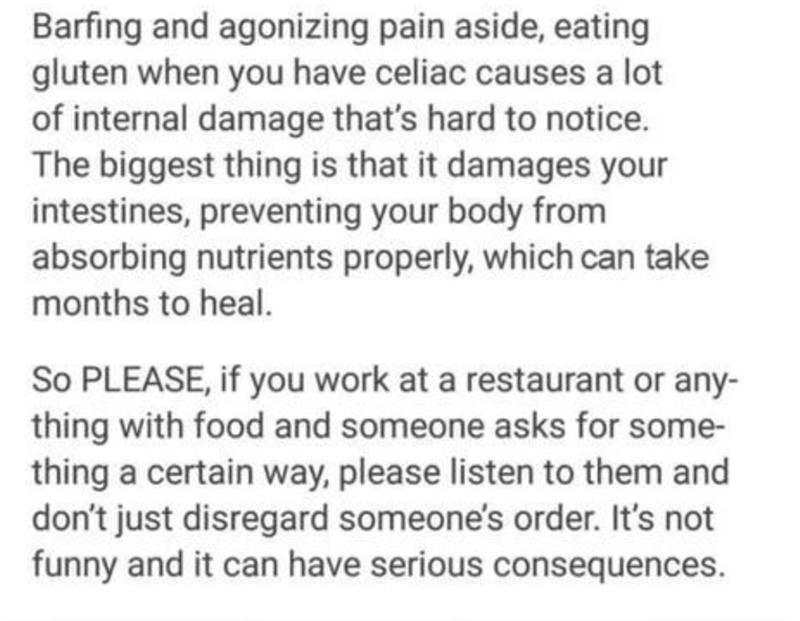 The following story just shows how serious these ‘petty actions’ actually are. 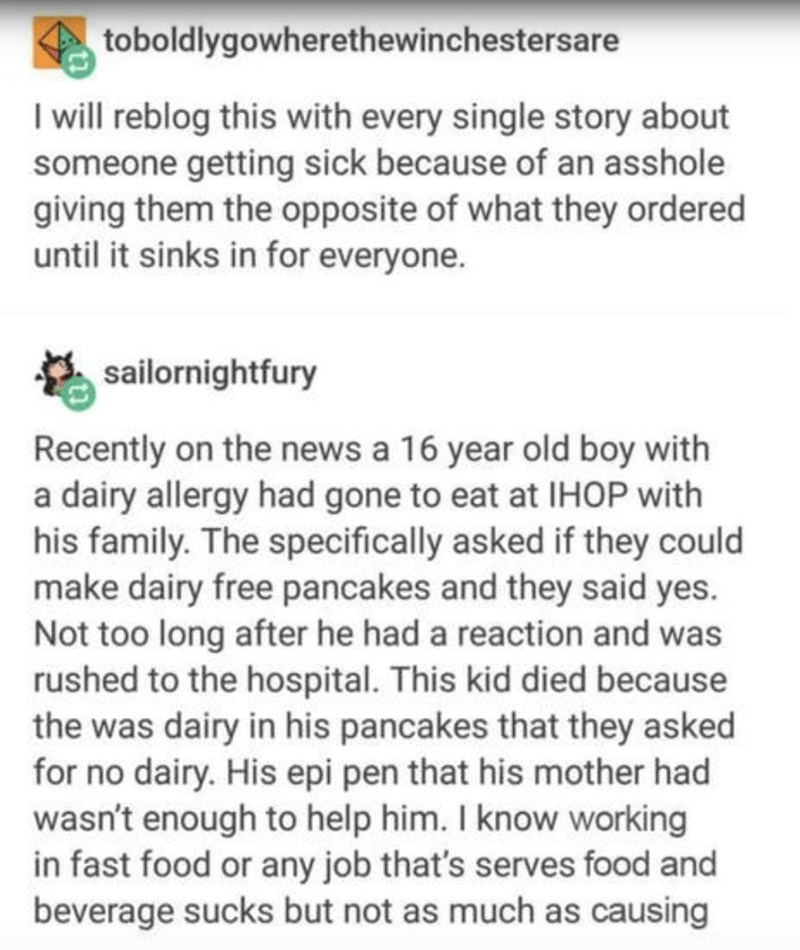 We shouldn’t have to share our medical history with everyone. 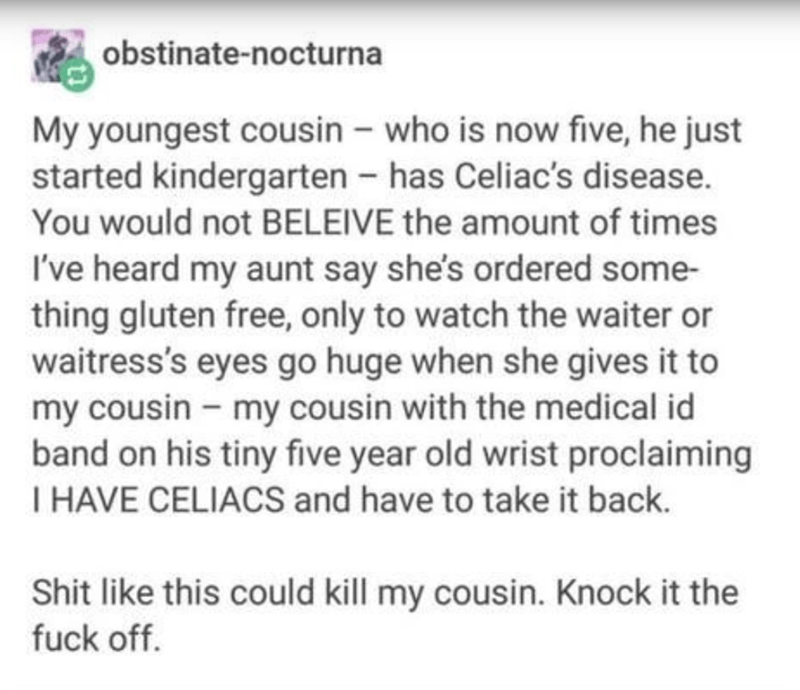 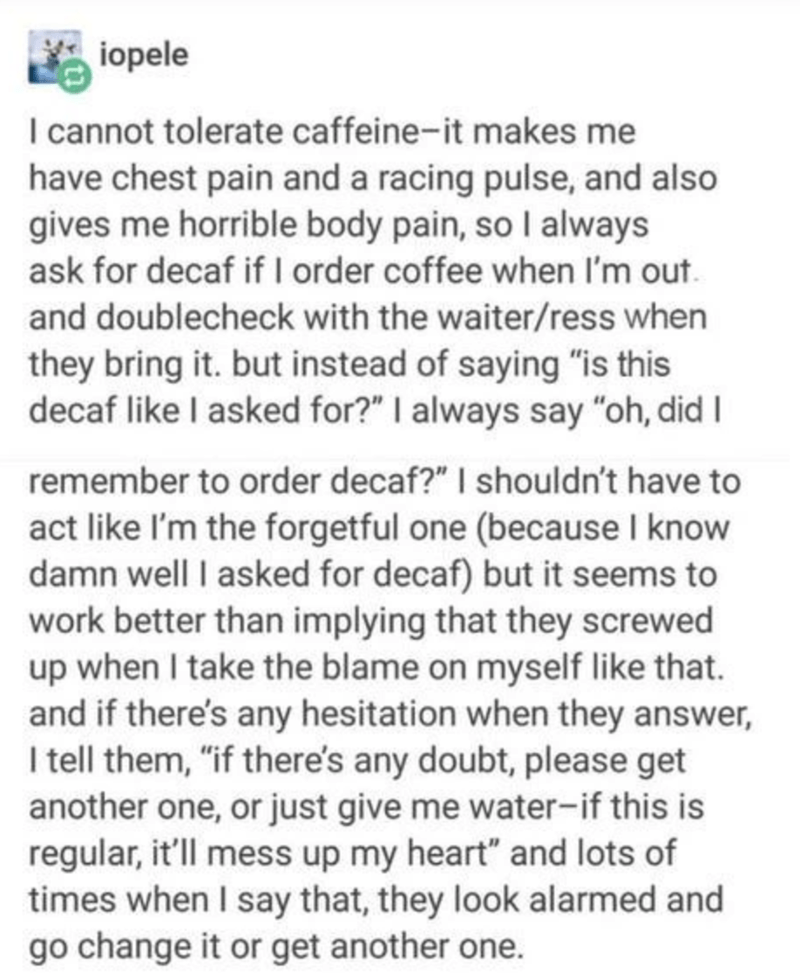 You are a customer and you are paying for it not asking something for free. 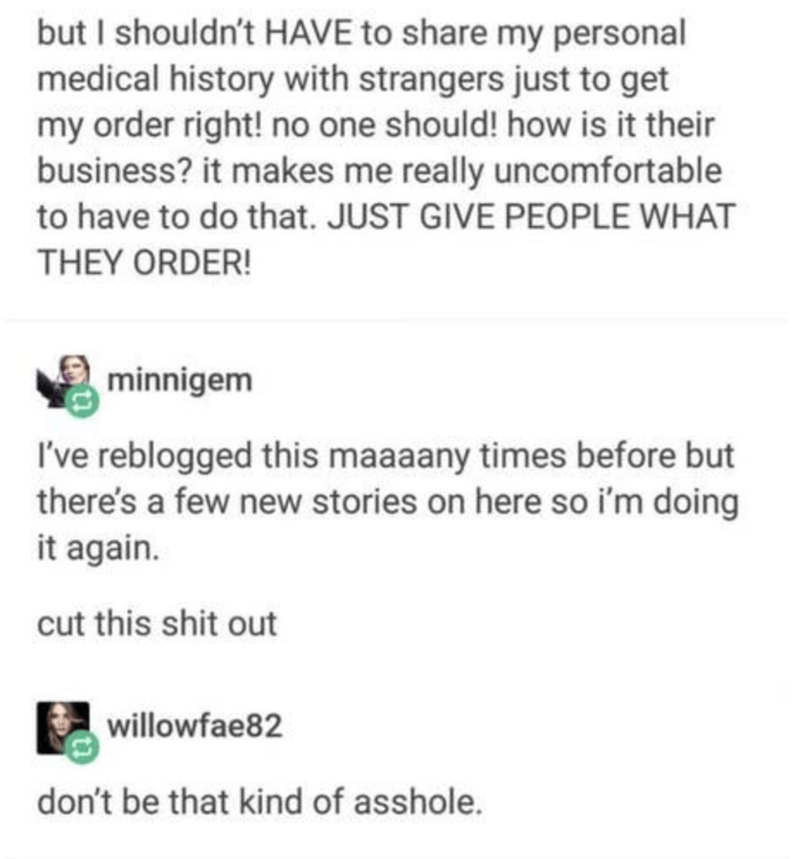 Whether they are trying to get healthy or have an allergy, just listen to them. 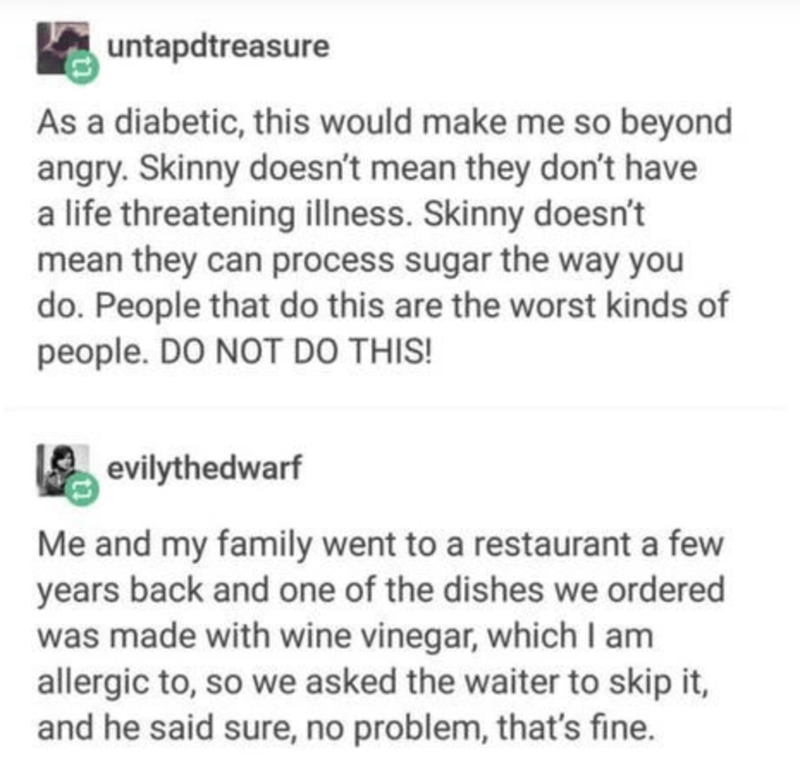 I sure hope you sued that restaurant. 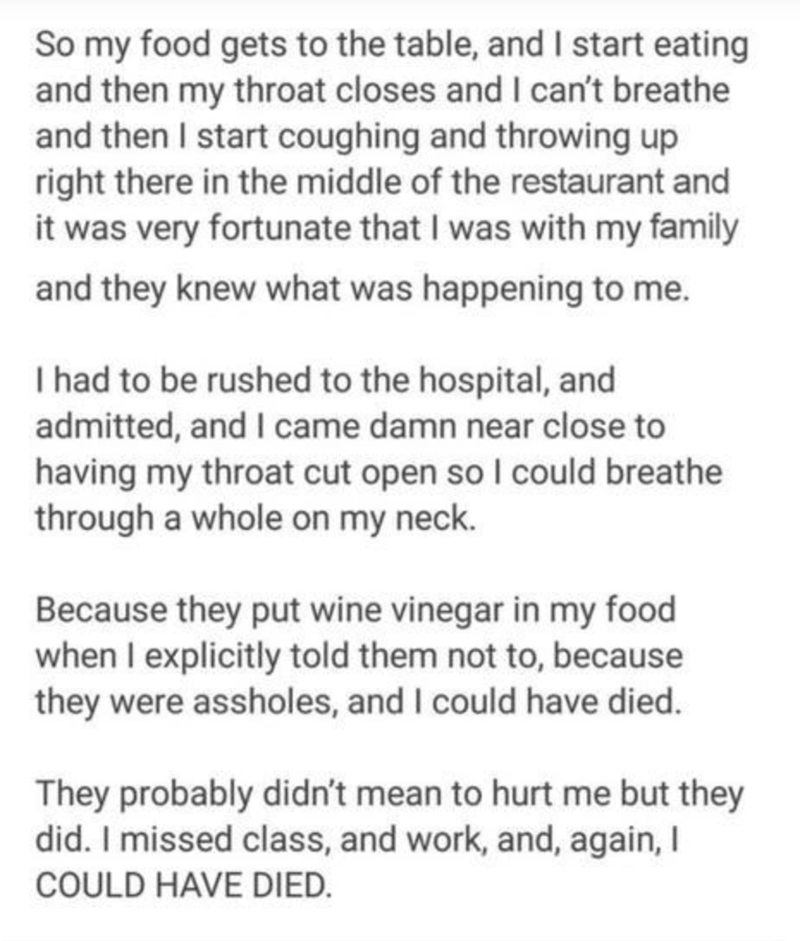 This honestly sounds so bad. 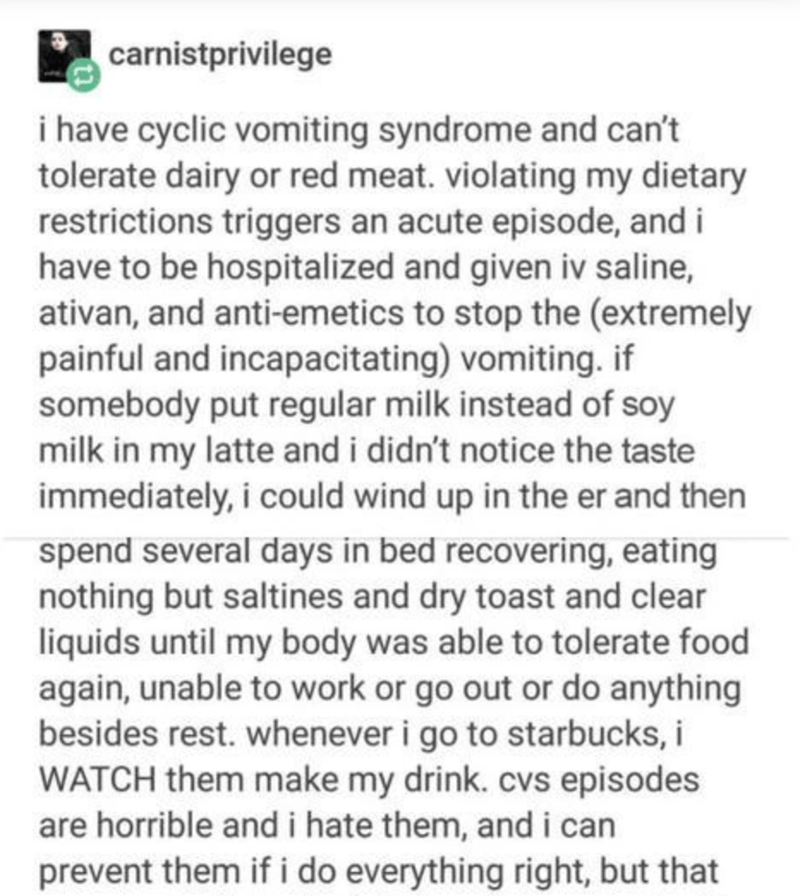 It’s really not that hard, to be honest, and tell the truth. 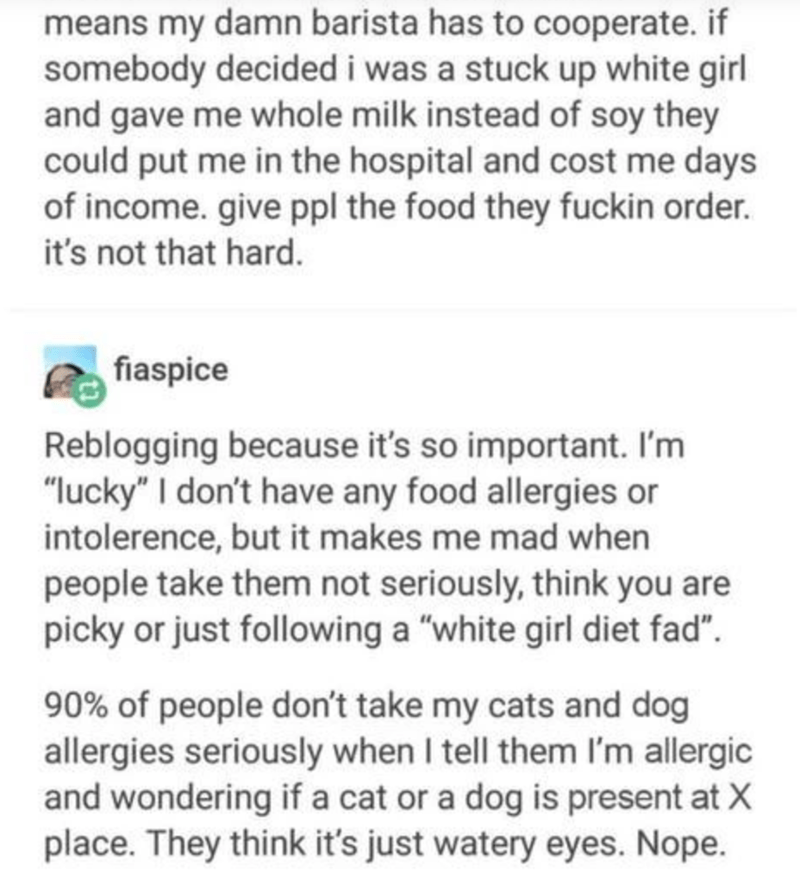 Rather than cover something up. 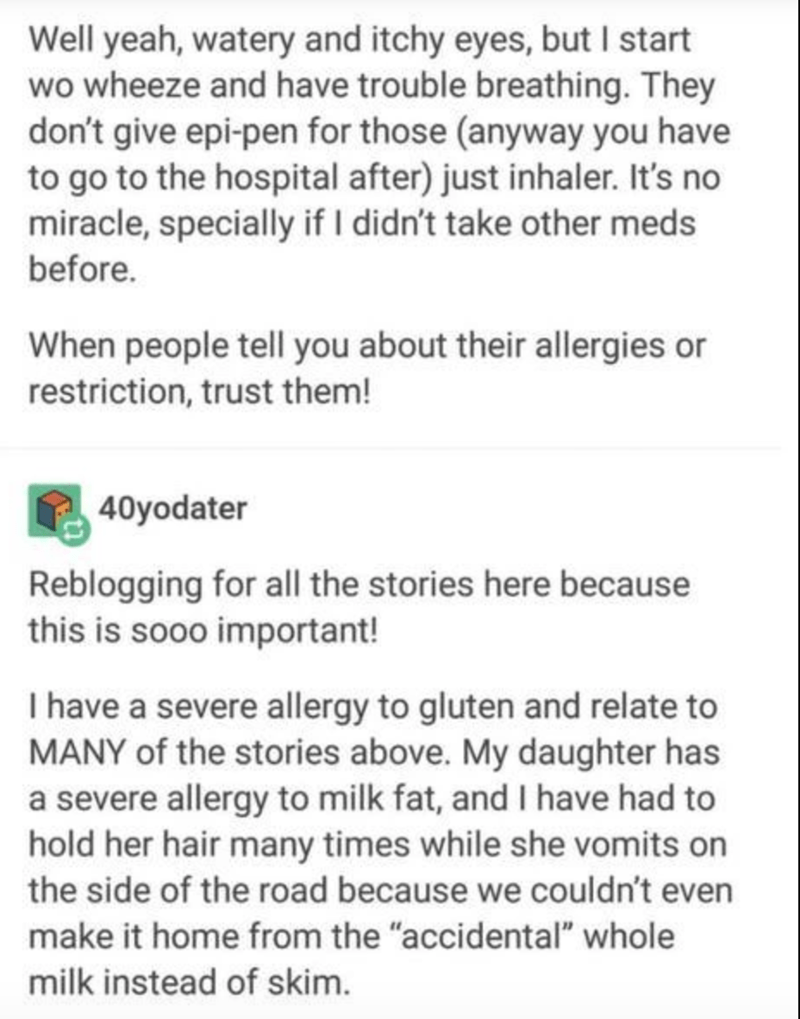 While I personally don’t have any allergies (At least I don’t think so) I do have some issues that require some dietary restrictions and this has happened to me more times than I can count. And the countless extreme pain episodes that I’ve had to deal with just because the restaurant ignored my request make me seriously angry.

Being nice literally costs nothing. 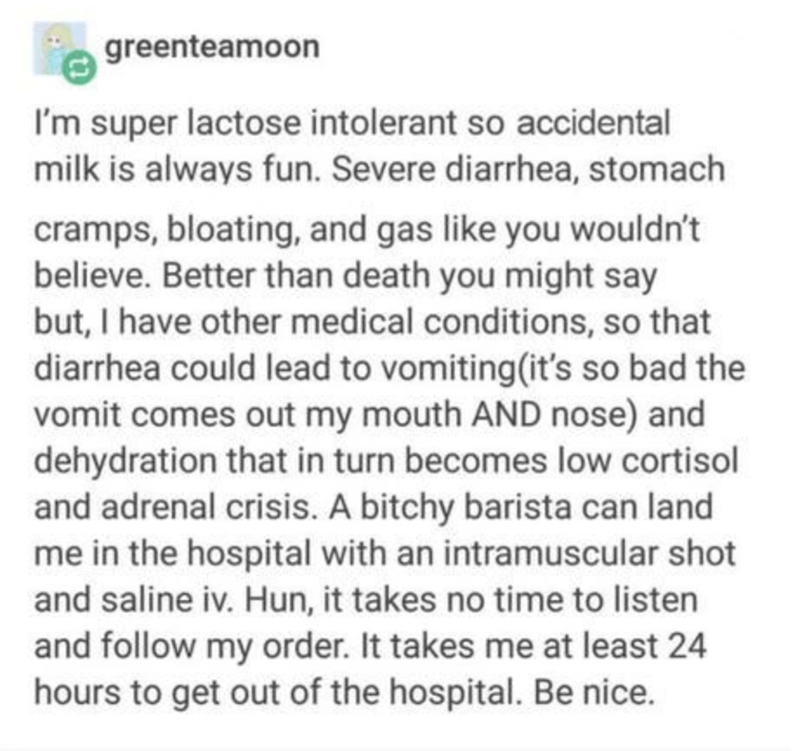 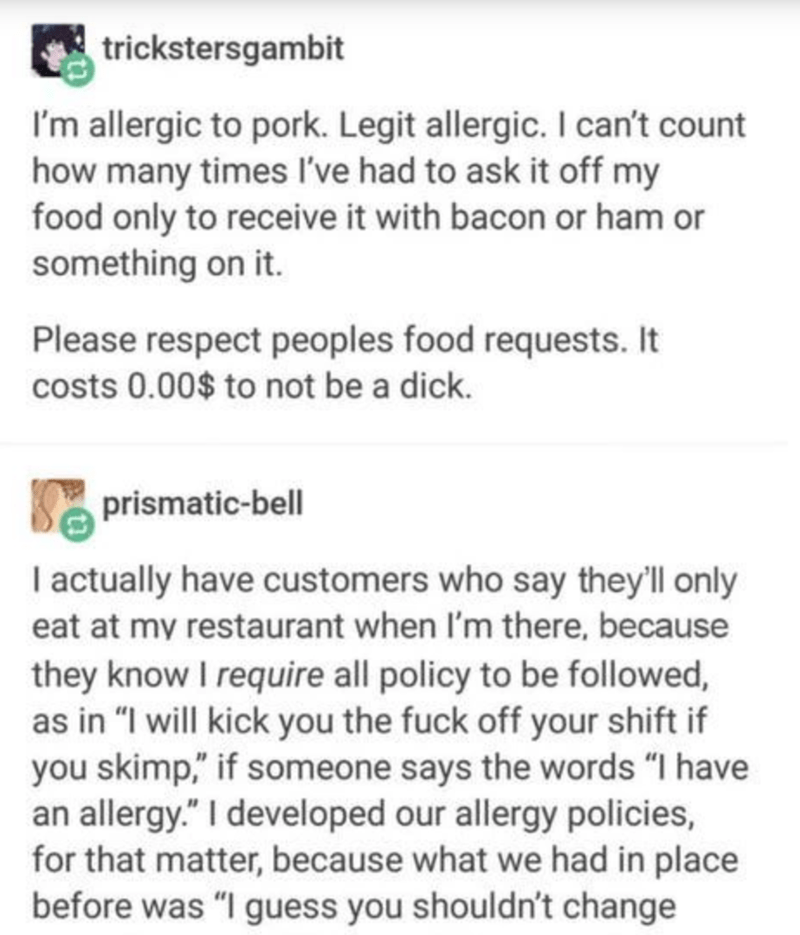 However, I am grateful there are some people who care about this so much. 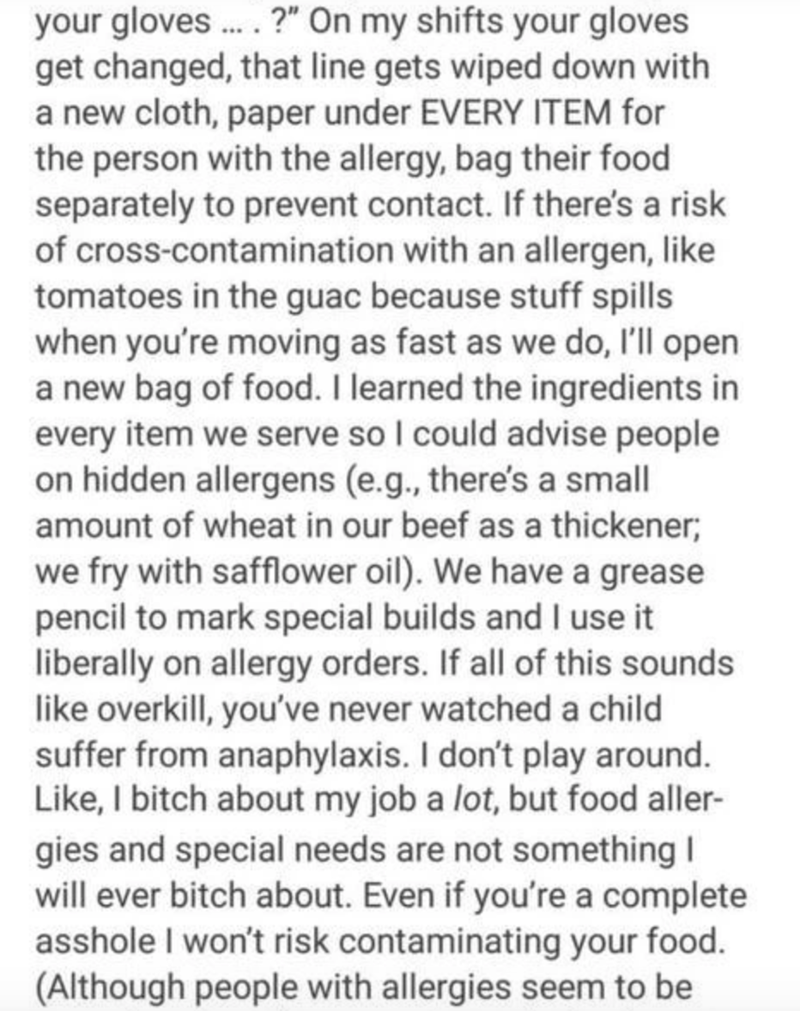 People need to learn and stop with their sh*tty behavior. 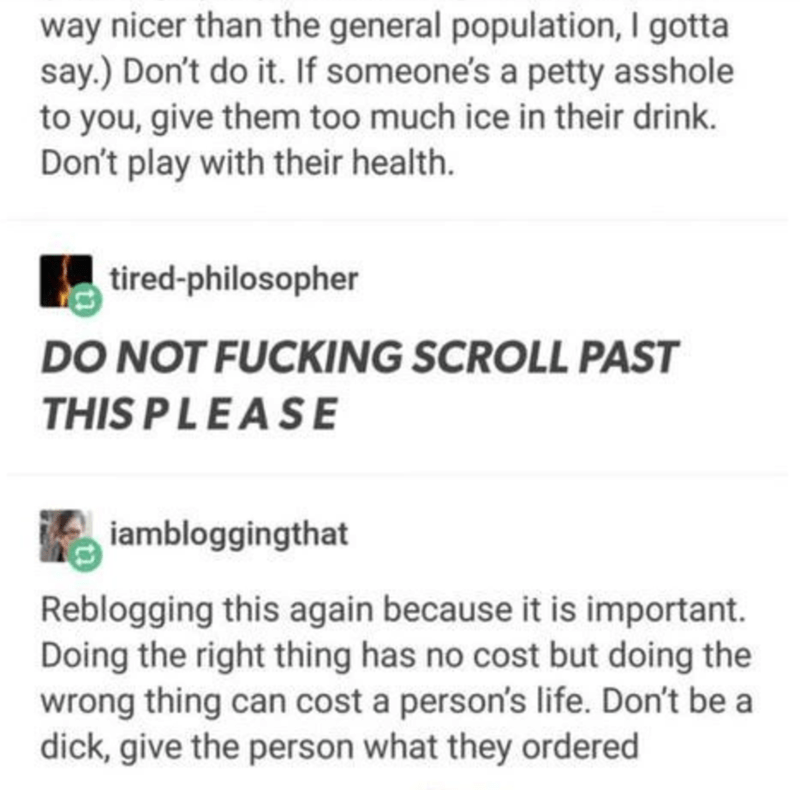 Has anything similar ever happened to you? Comment down below and let us know. Don’t forget to share since this message needs to reach as many people as it can.