You shouldn’t lie on the Internet.

Because not only are you spreading false information but you can also be caught easily. While it is true being anonymous gives many people power and they hence end up being trolls. But these sorts of people should remember that they can be called out on their behavior as well. Always be ready to receive as good as you get.

I am sure you know that many people lie in their reviews or embellish the truth in their favor. However, this woman went the extra step and completely made up her story just so she could make the restaurant look bad. What did she get out it? Well, she got herself exposed by the restaurant owner.

Scroll on below and take a look for yourself.

This is the original review and you can clearly see that she is laying it on thick. 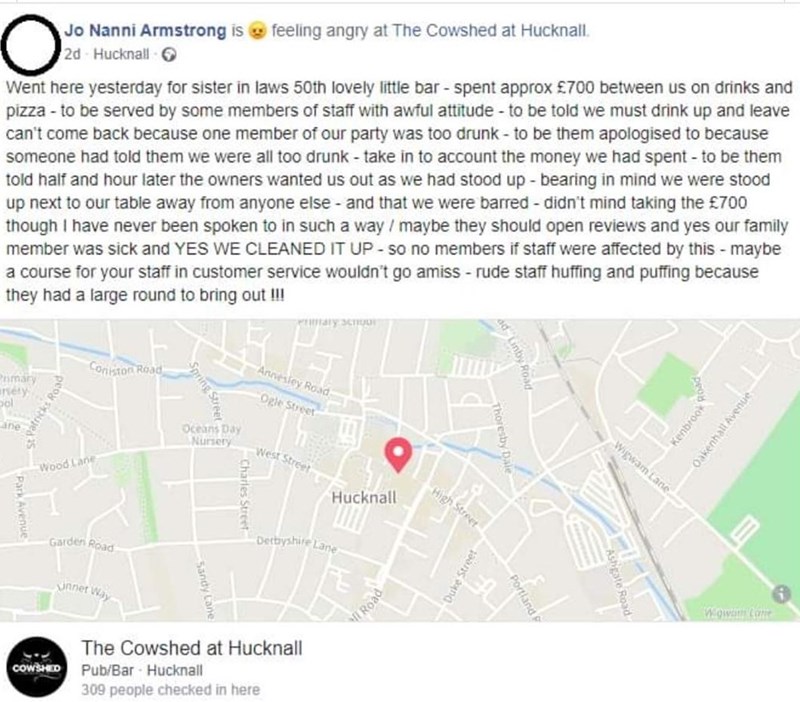 Now usually this bar doesn’t respond to reviews but this time the owner had to intervene. These kinds of lies can cripple a restaurant for no other reason than you wanted to be an entitled a**hole.

First, they go over the lie that this part spent $700 which is definitely not true. 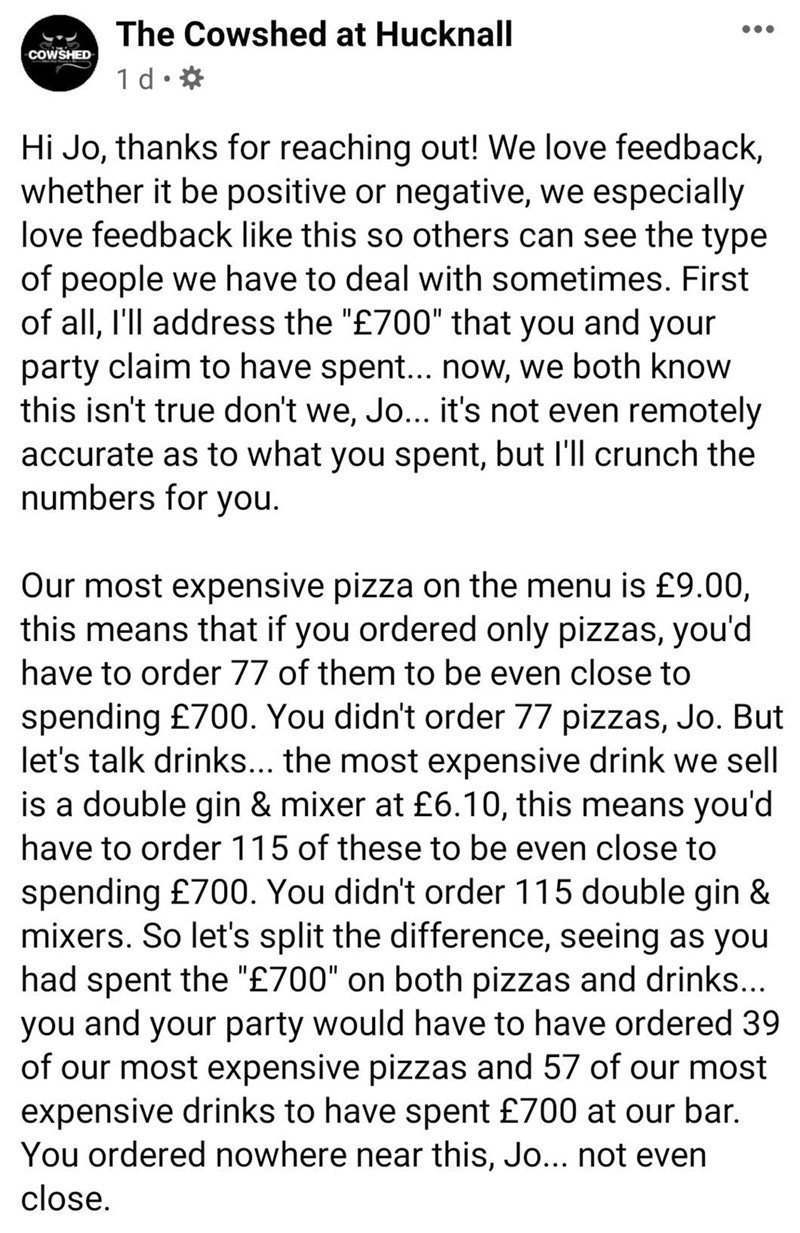 The main thing I look out for on dates is how well my date treats waiters, if they are an asshole it’s a huge red flag. –dumbwhiteblonde

Then they address the fact that most of them acted like bratty kids. 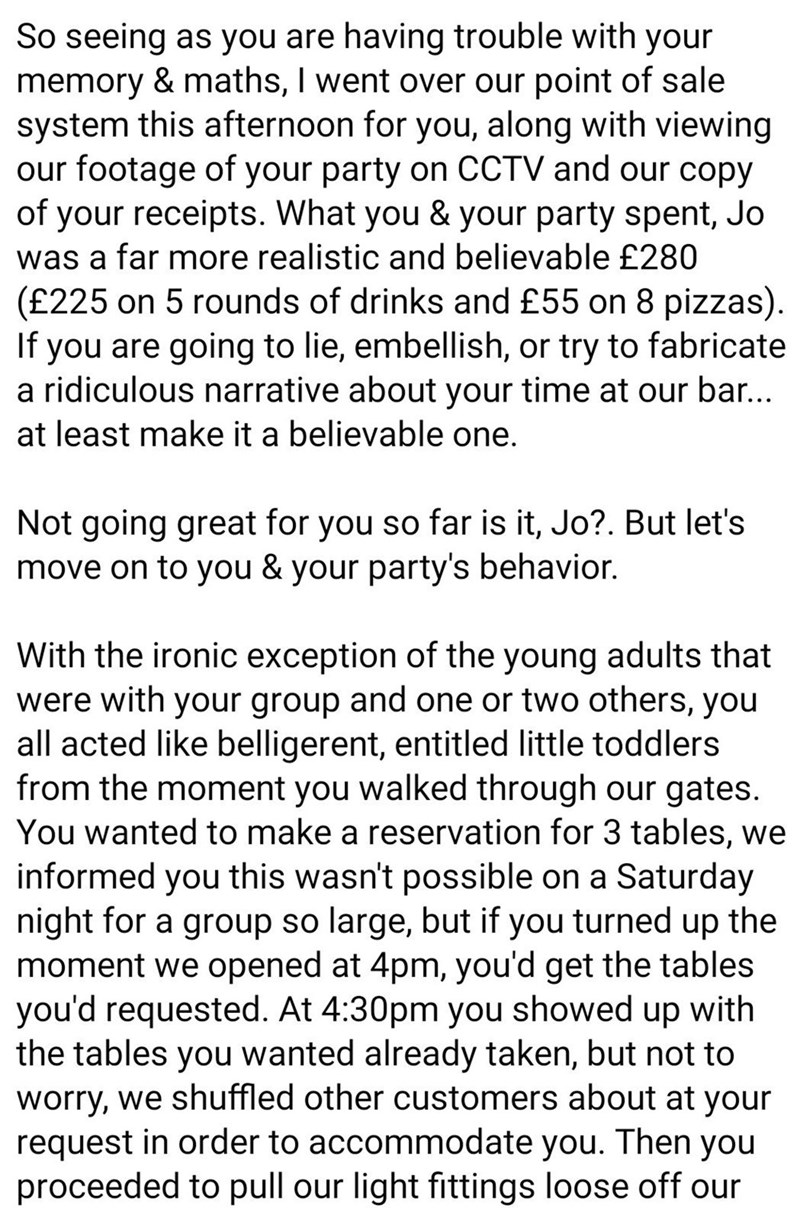 And were all around a nuisance towards the wait staff and the other customers. 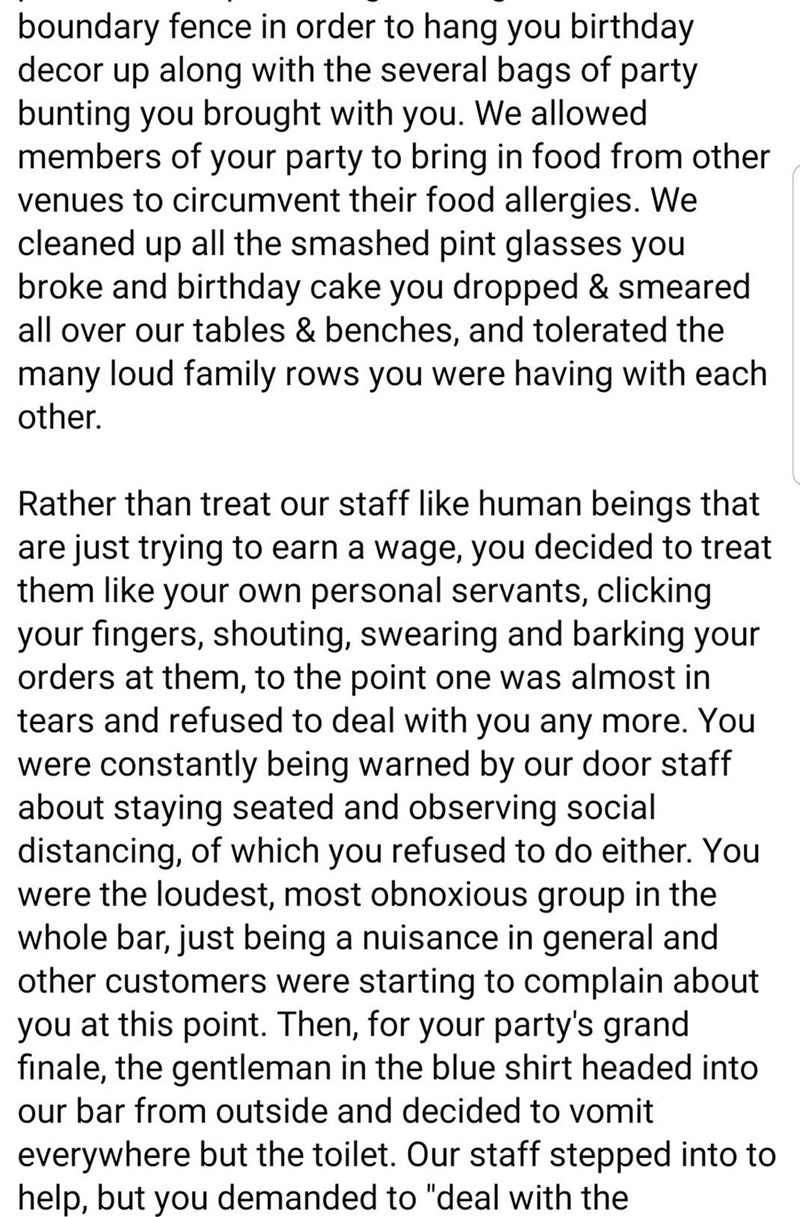 Working in bars for 10 years thought me that middle aged white women are the worst type of drinkers period… worst than college kids. –DIPPS77

College kids get into fights and shit but they are usually not intentionally rude in my experience. Most of them are just there because that’s where the cheapest drinks are. They are more likely to puke on your floor than a Karen though. –

Rather than cleaning up the mess they created, they more so just exasperated the issue even more. 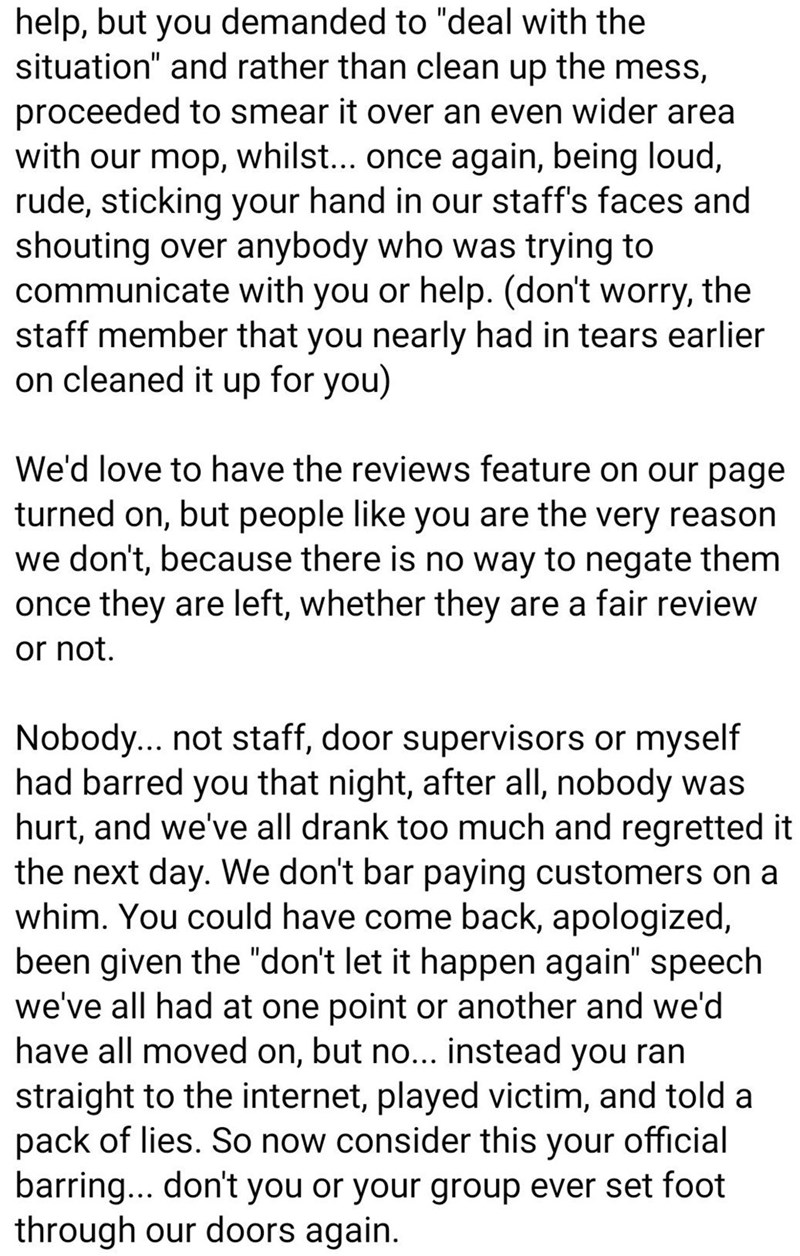 And now the cherry on top? The owner knows who they are now hence they are officially barred. 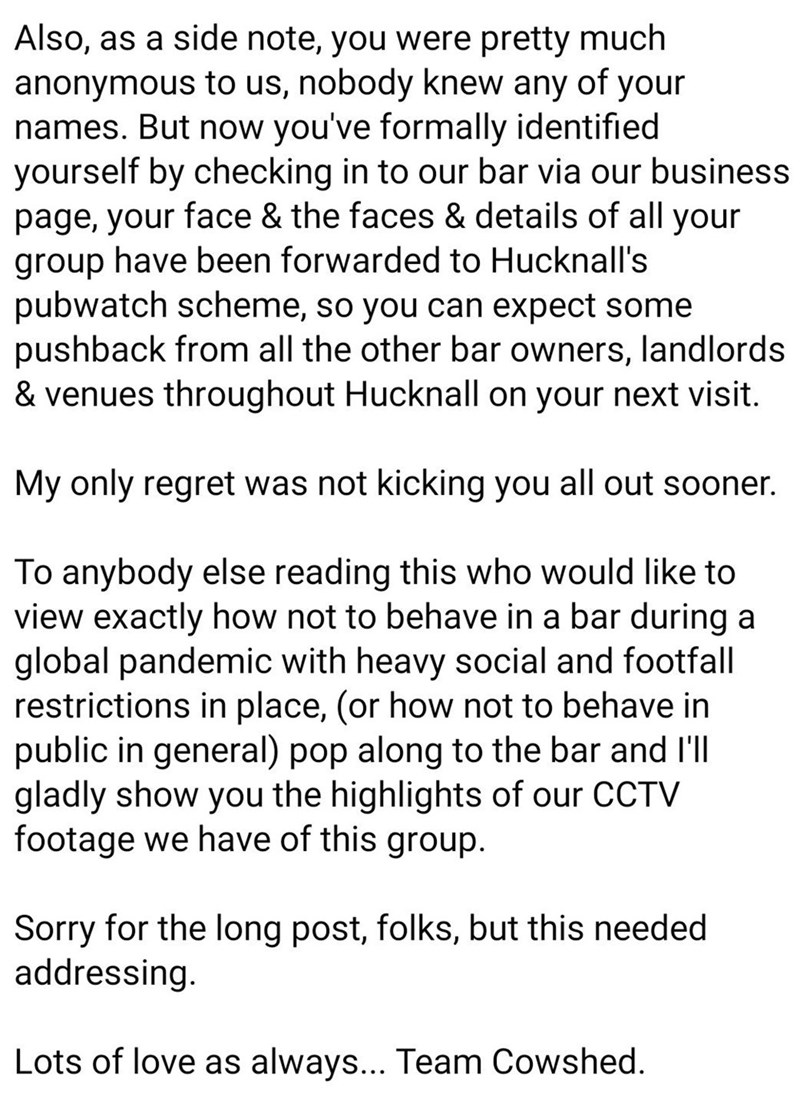 I live nowhere near there, but i would drive soooo far to see that CCTV footage. –MrTrevorBelmont

What are your thoughts on this fake review? Comment down below and let us know how you would have responded if something similar happened to you? Don’t forget to share it with your friends.