How can someone just simply give up their room?

What’s that one place in the world that feels the closest to you? Your room of course! and people spend years and years decorating that space as their own. A room that belongs to you isn’t just a place in your home that only belongs to you but over time you have so many memories engraved in every corner of your room and giving it up just because a little brat wants it should never be an option in any case whatsoever. Nobody should get your room. There are people out there who don’t even have one and if you’d ever ask them the value of having their own room, they’d tell you how wonderful it is to have your very own space in a house which is truly yours. So today we look at a Reddit story in which the stepdaughter asked Op for her room as she moved in with Op and the drama that ensued after it. Let’s have a look.

Op tells us about her and her dad and how he married this woman and along with her, two of her children moved in with her. 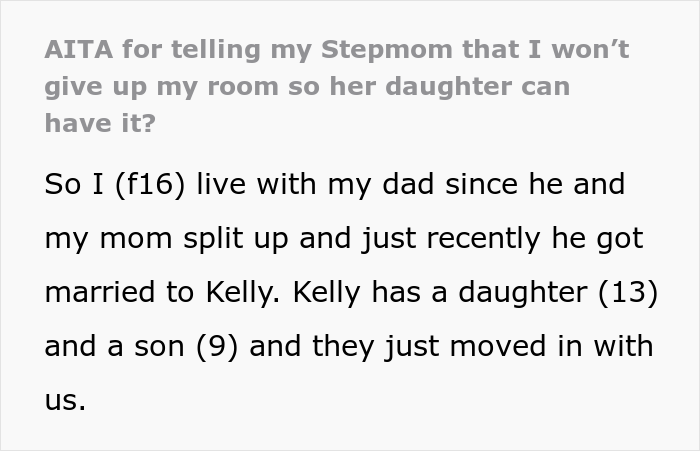 She tells us about her house and how there’s a bathroom issue with the other two rooms but they do have walking closets and are bigger than her room. 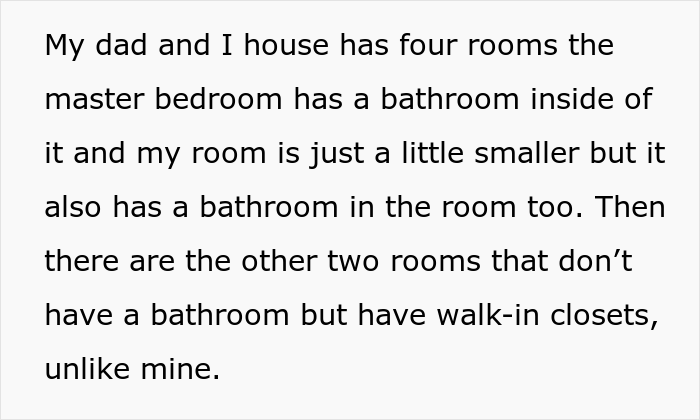 She goes on about the other rooms and how they’re perfect for a 13-year-old.

Op explains the awkward situation she got into as soon as her step-siblings moved in. 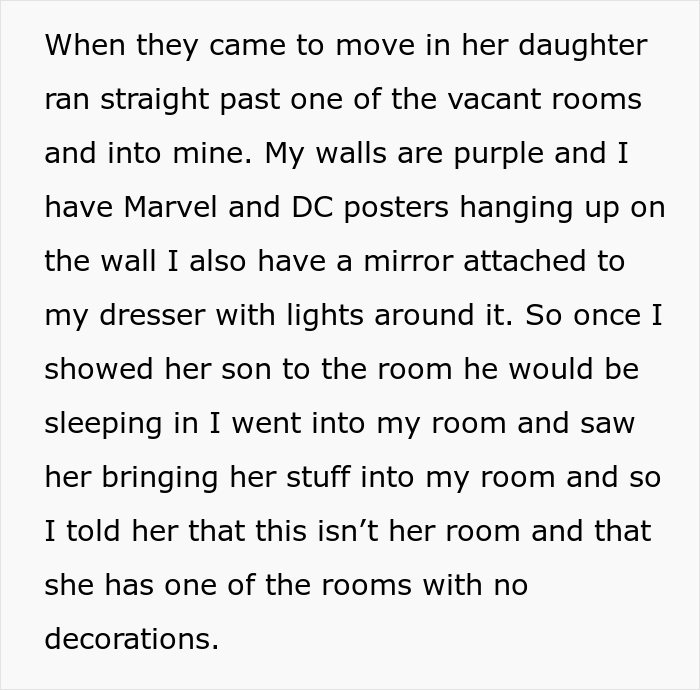 The step-sister started making creating a scene and wrongfully accused Op of bullying her.

And the drama contained. 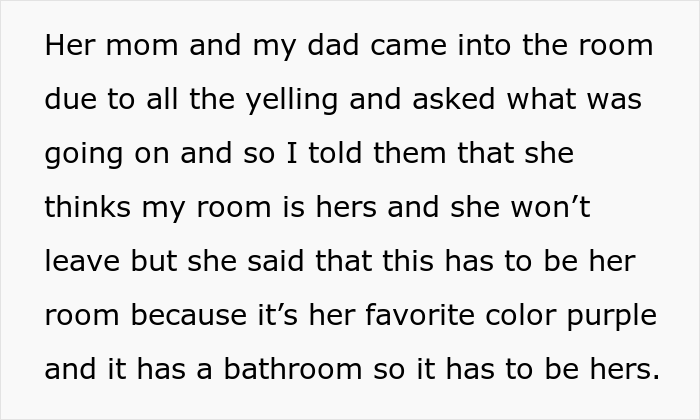 And the little sister started complaining about no bathroom in the other room. 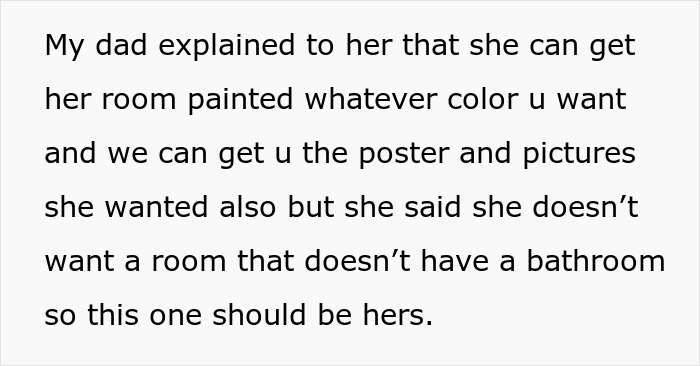 The stepmom started taking her kid’s side and asked Op to move to the other room.

Op was being called rude and mean by her stepmom and asked to leave her room for the little girl.

So she asked the ultimate question.

Op was rightfully given full control of the situation.

The step mom wasn’t too happy about the situation. 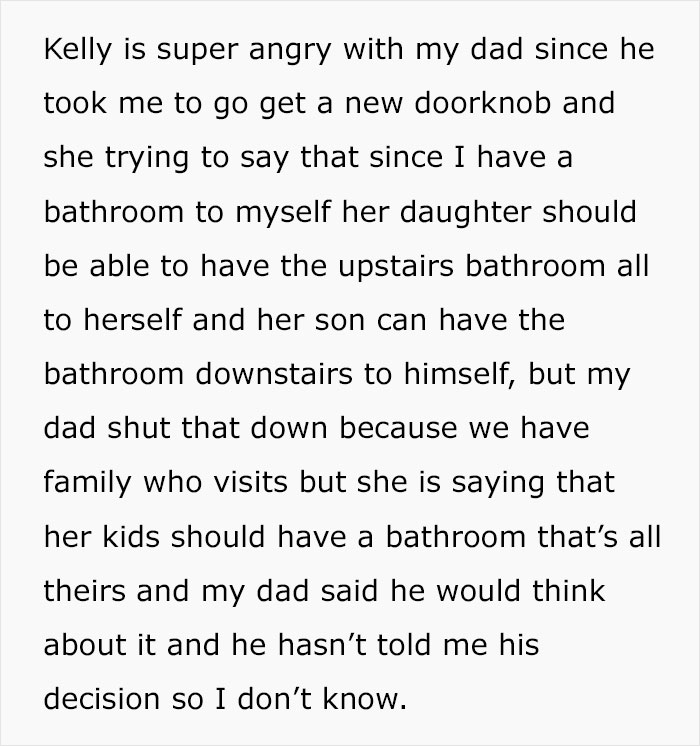 Some people speculated that the stepmom wasn’t good from the start.

People were usually on Op’s side.

She also got a couple of advice. 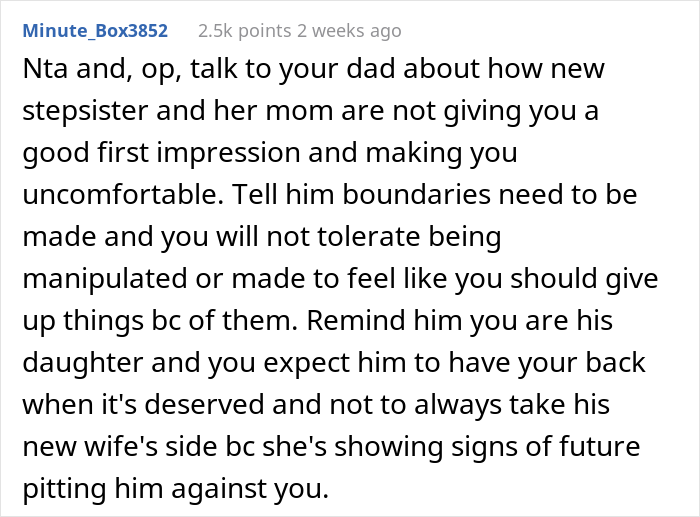 And with that, we conclude this article. Let us know your thoughts on this story in the comment section below.