The pandemic has ruined many things.

And one of those ruined things includes job prospects even if you have graduated from University. Because of this, so many people who have lost their jobs are in a tight situation financially wise. That is similar to what happened those this guy. So he decided to move back with his parents because he couldn’t afford to pay for a separate apartment. However, the Father wasn’t ecstatic about this decision and set some house rules for his son.

Now, the son is an adult so he obviously didn’t like the rules and told on his Father to his mother. Let us just say things got even more complicated after that. So when the Father asked the Internet for some advice, even Reddit wasn’t sure about what was right or wrong. And people on Reddit aren’t usually split when it comes to these sorts of questions. You can read the whole story for yourself by scrolling below.

The story starts with some background information about his kids and what actually happened. 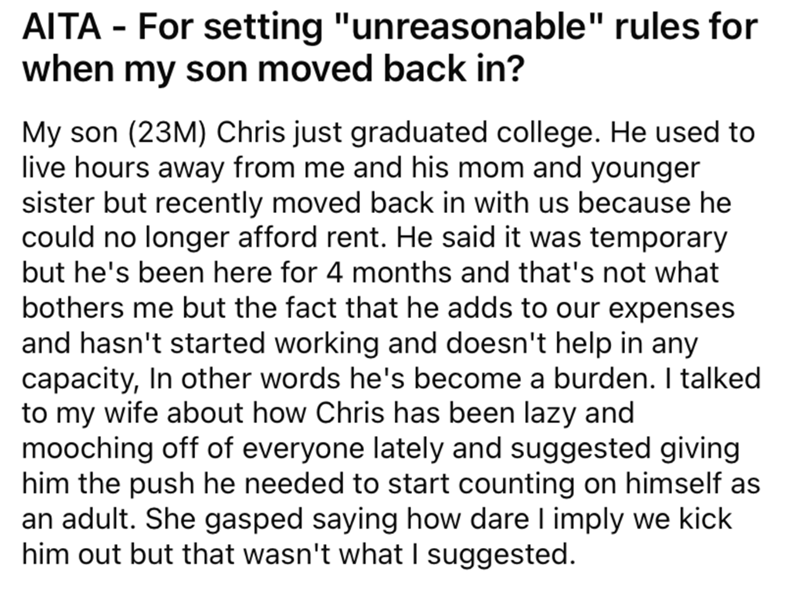 So rather than kick his son out, the Father decided to set some ground rules for his son. 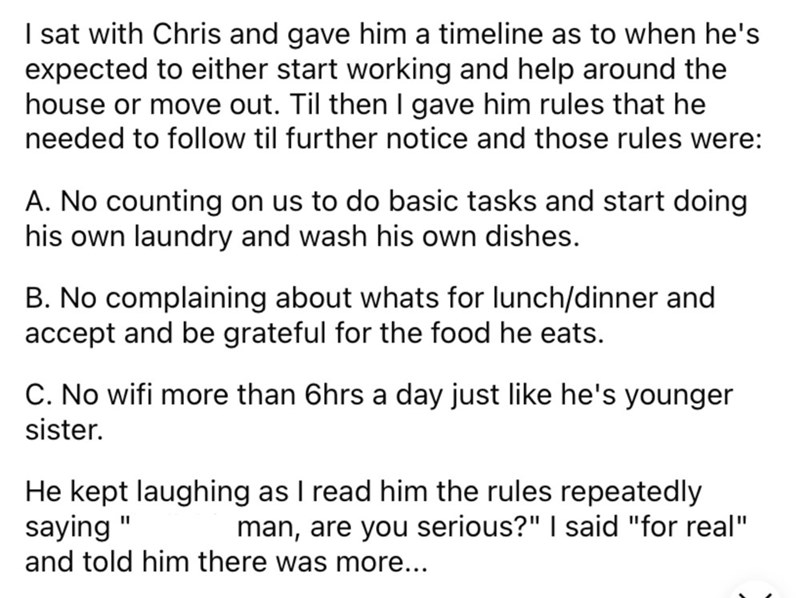 As you can probably imagine, the son was none too happy with this turn of events and decided to involve his mother in this situation. 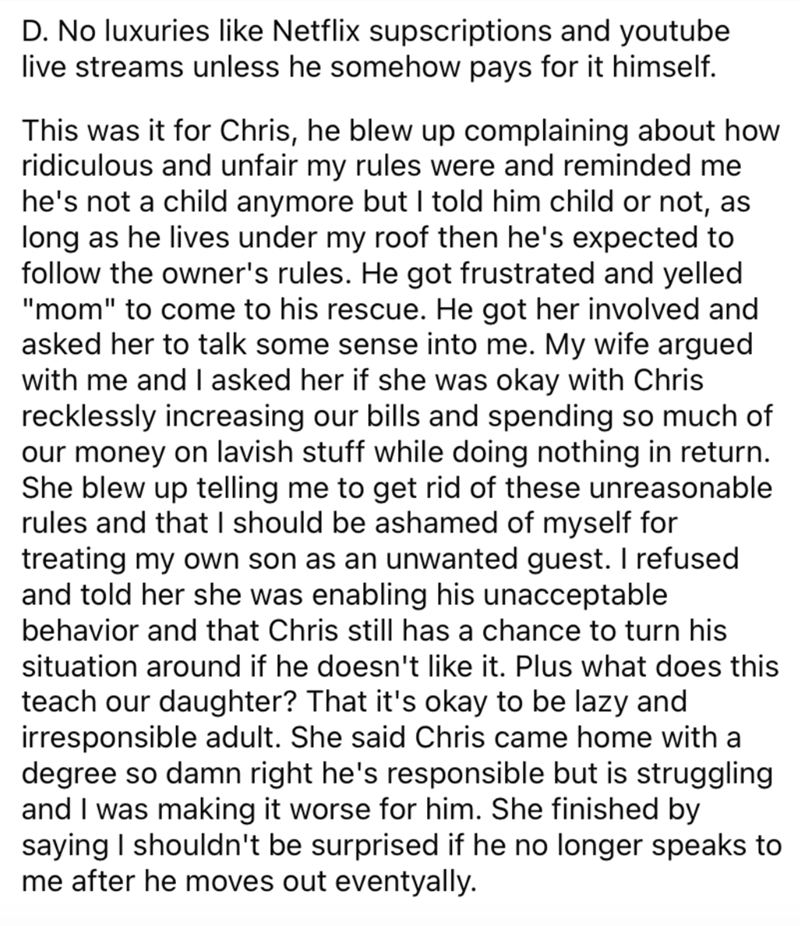 Now, the Father isn’t sure if he did the right thing.

Usually, people in the subreddit are quite decisive and give a fair answer. But not this time because everyone had a different opinion. Some said that he is an adult so he should expect no coddling while others remarked how some rules were way too strict and an adult shouldn’t have to follow these things. It depends on an individual perspective in my opinion but you can see varying experiences by scrolling below.

I can’t say I disagree with this.

While others seemed a bit more suspicious. 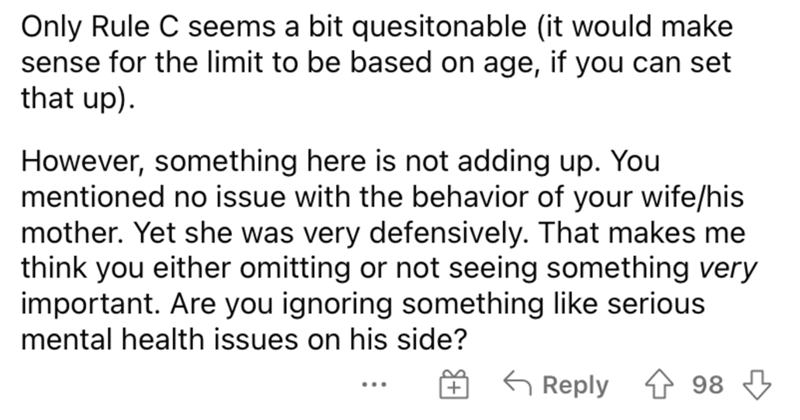 Should you give your kid some hard love or the opposite?

But we also have this person who thinks nobody is 100% right in this particular situation. 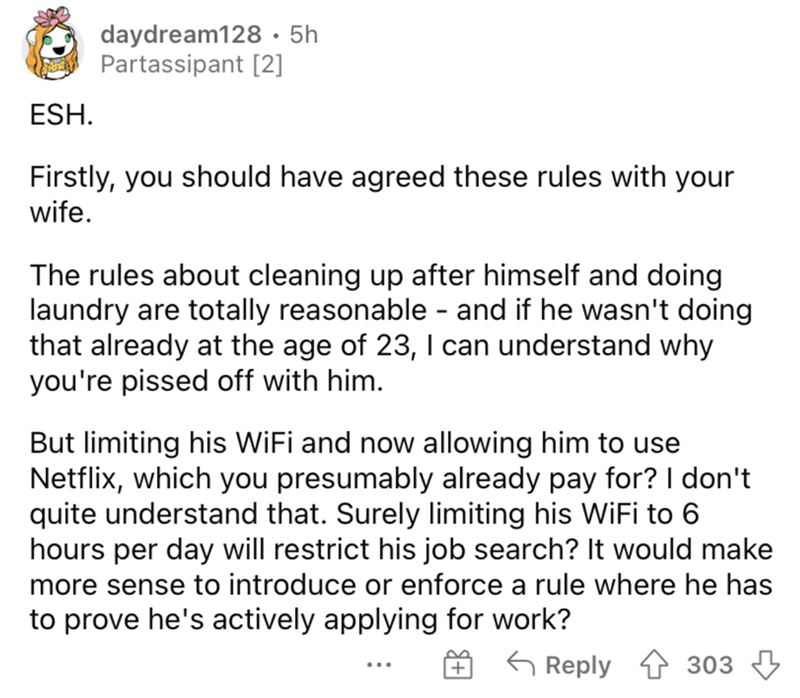 To be respected as an adult, you first have to act like one. 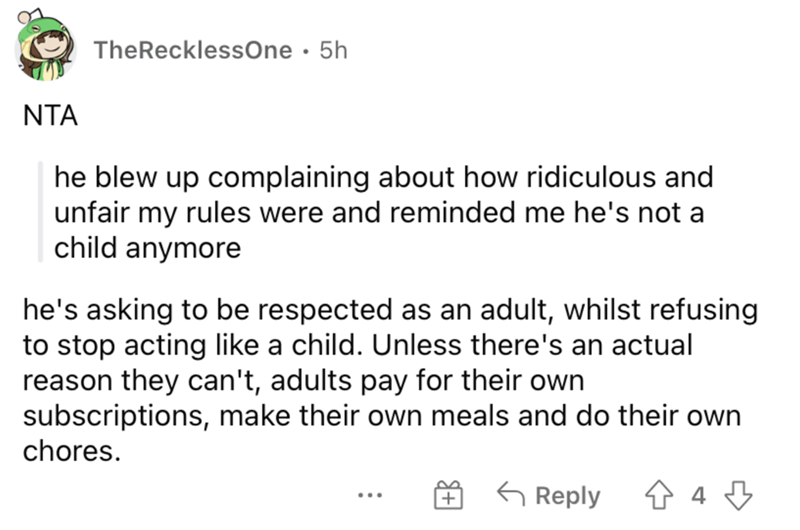 Rule C is what seems to be giving the most issues to people which is understandable.

And from what I have read he really isn’t acting like an adult so he can’t really expect the same treatment. 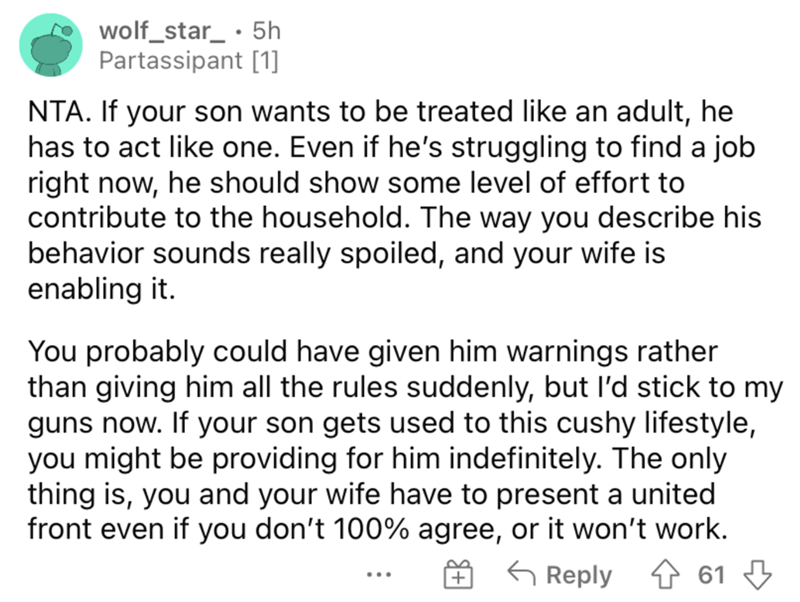 He has to contribute somehow to be a valid member of the household.

Most people were on the father’s side from what we can saw on the subreddit. 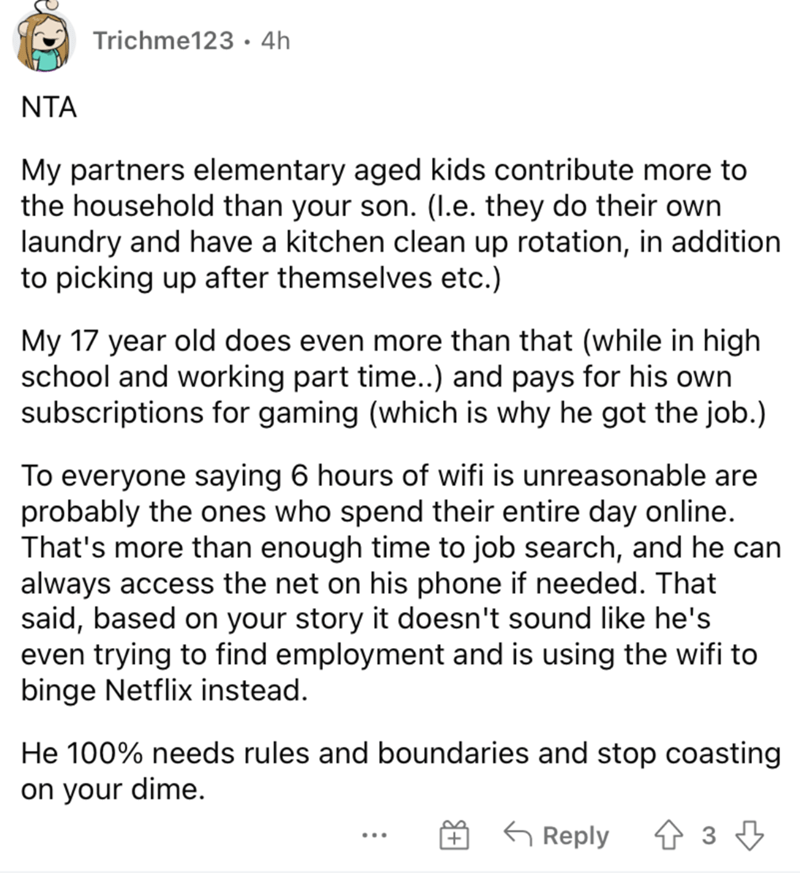 I honestly believe the Father was just in setting some ground rules.

However, whether all the rules are valid remains to be seen.

Although getting a job in the current climate is not as easy as it may seem from the outside. 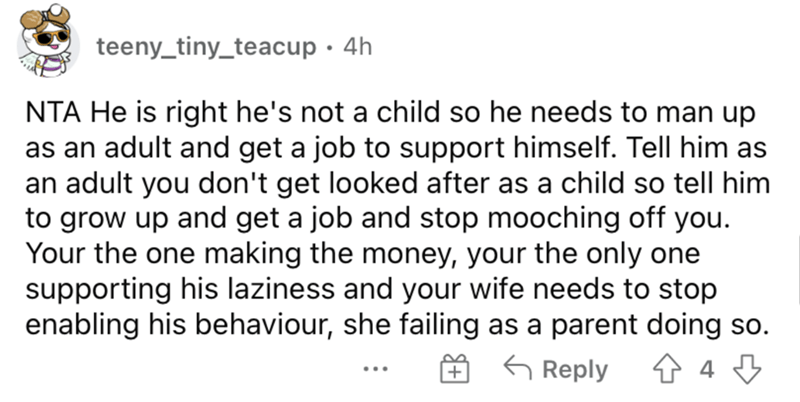 Pushing your child to do better is a noble goal but pushing them too much may cause them to simply not talk to you anymore. 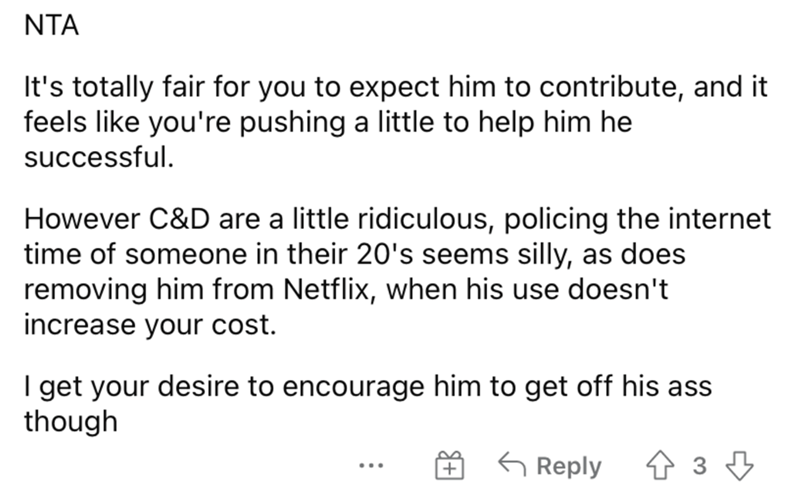 He really should have handled that better.

There should be a minimum for what he should do to be able to stay at home. 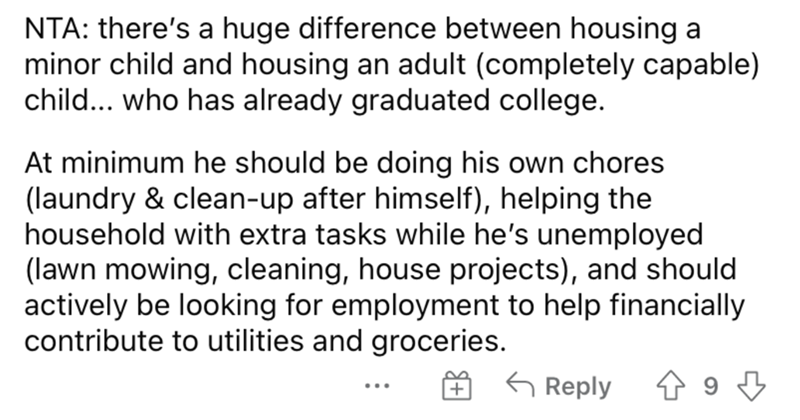 What do you think about this whole fiasco? Do you think the Father was in the right? Comment down below and let us know. Don’t forget to share so your friends can join in with their opinion as well.