James R. Jones Is a retired photographer who found a stray cat outside his home in Japan four years ago. The cat was covered in fleas and ticks and her skin was so rough that it “felt like stone.” 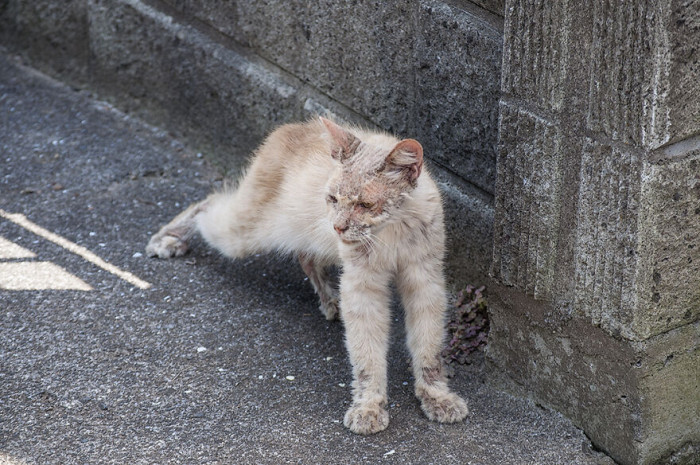 He and his wife took the cat in and named him Chataro. They immediately took him to a vet, which is the first thing you should do when you take in a stray animal. 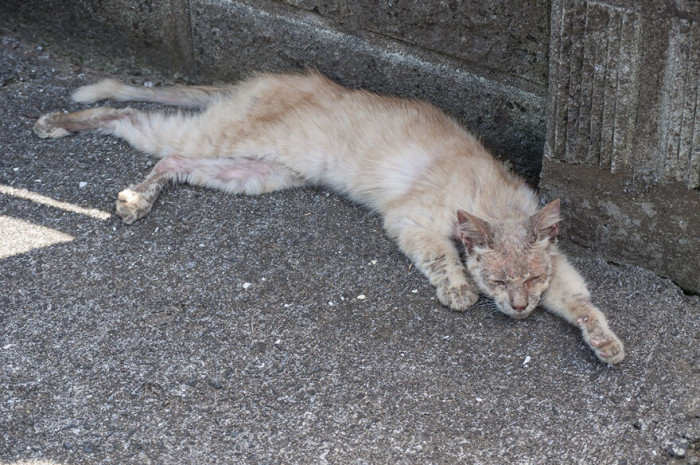 Due to feline leukaemia and severe infections in one eye and several of his teeth, Chataro had to go through surgery. He still needs eye treatment but has recovered for the most part. 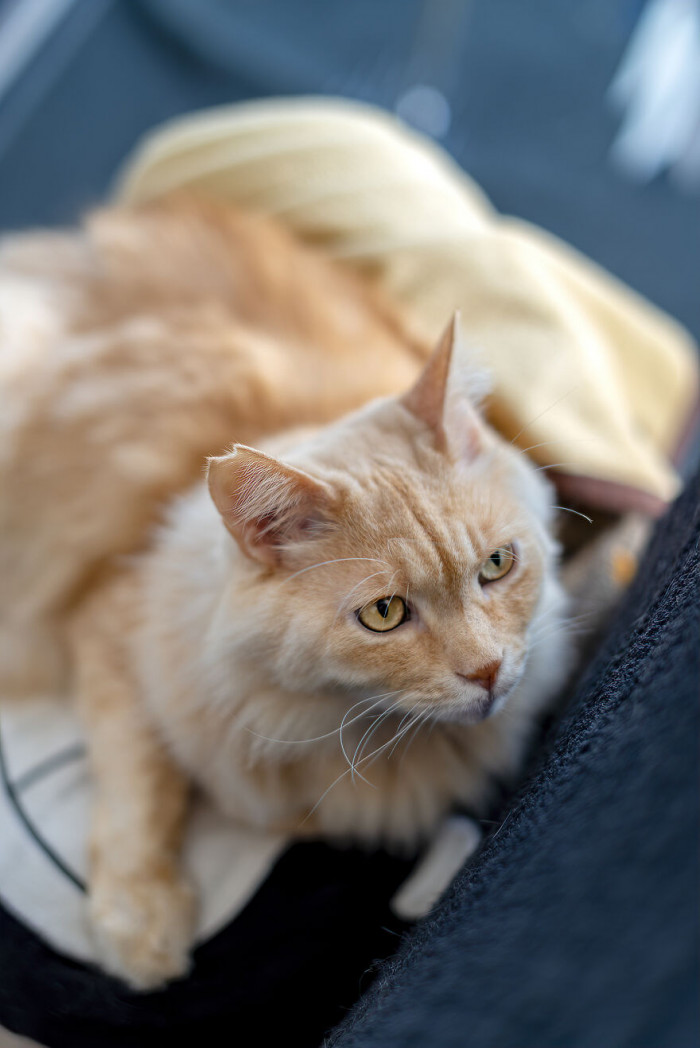 Chataro was not a friendly cat at first and it took them a lot of time, effort, and treats to win Chataro’s trust. Now that they have finally got it, Chataro is a super affectionate cat that loves cuddling. 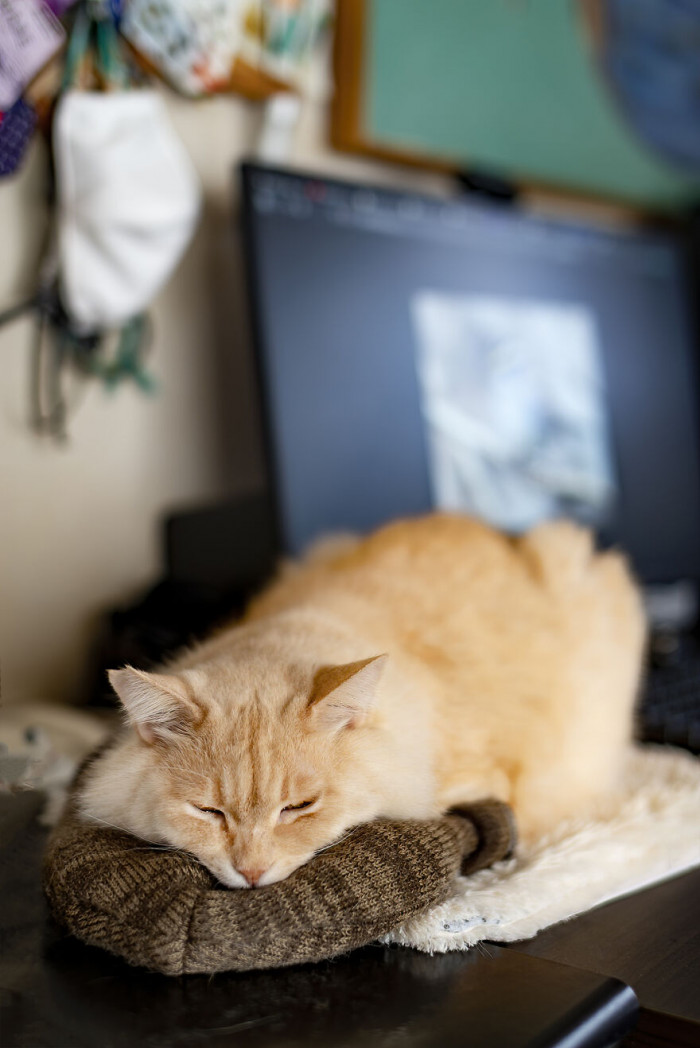 She could barely stand due to weakness. 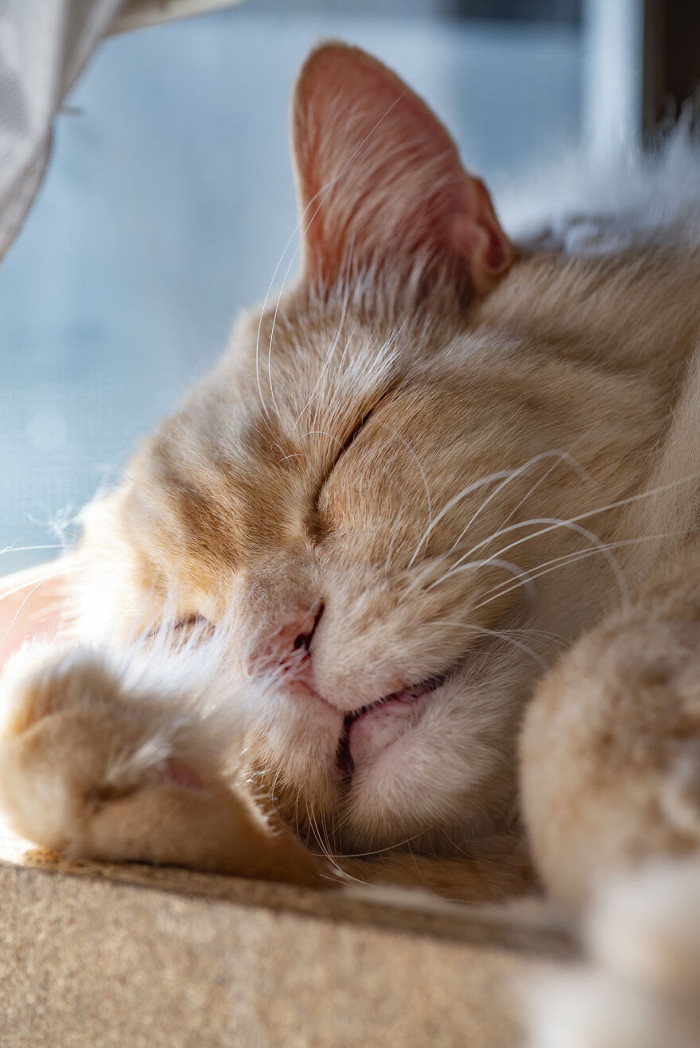 James and Chataro are now best friends. “I work from home, so we’re always together in the same room, where he sits on the desk staring at me, and from time to time climbing into my lap when he thinks I need a break or there might be the chance of a treat for him.” 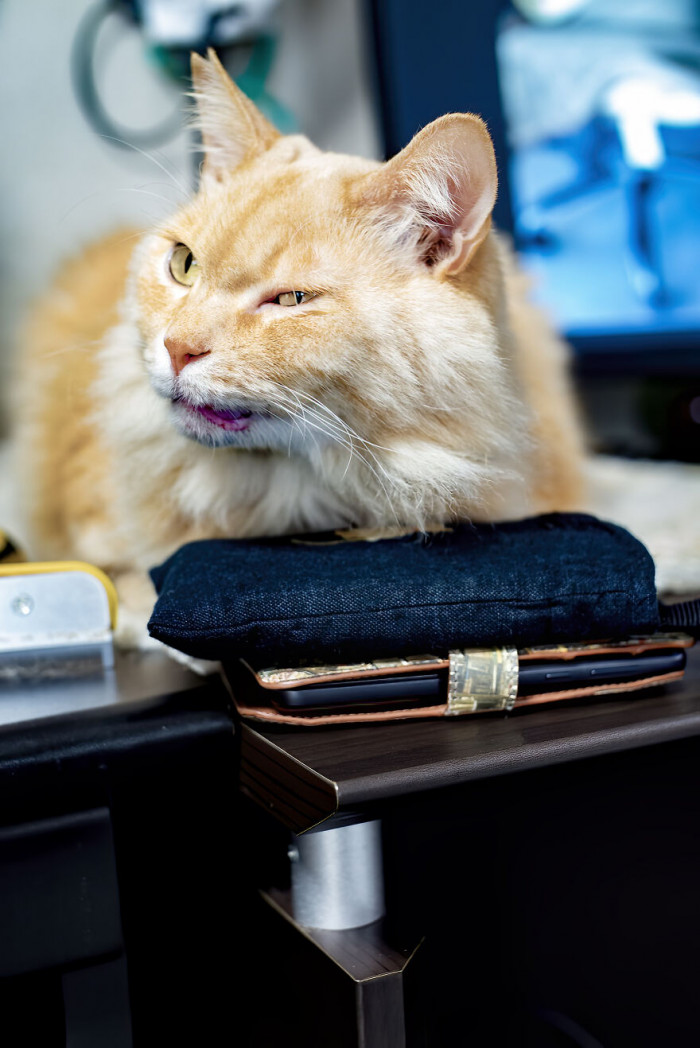 It took time for Chataro to socialise.
“He was surprisingly docile from the get-go. He was terrified of everything and everyone, so whenever we had to pick him up he’d just go limp. We kept him in a large cage for the first month, and although the door was never shut on it, he spent all of the time huddled into one corner of it. 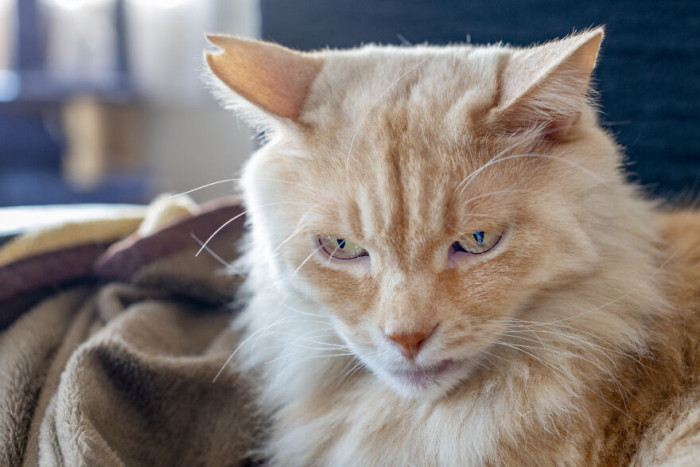 We spent endless hours sitting by the door trying to coax him out with treats and kind words, but it still took over a month. Time wasn’t isn’t a problem, and money has to be spent on something, so why not a little cat in need? The lucky ones in all this is me – I can’t tell you how happy he makes me”, James says. 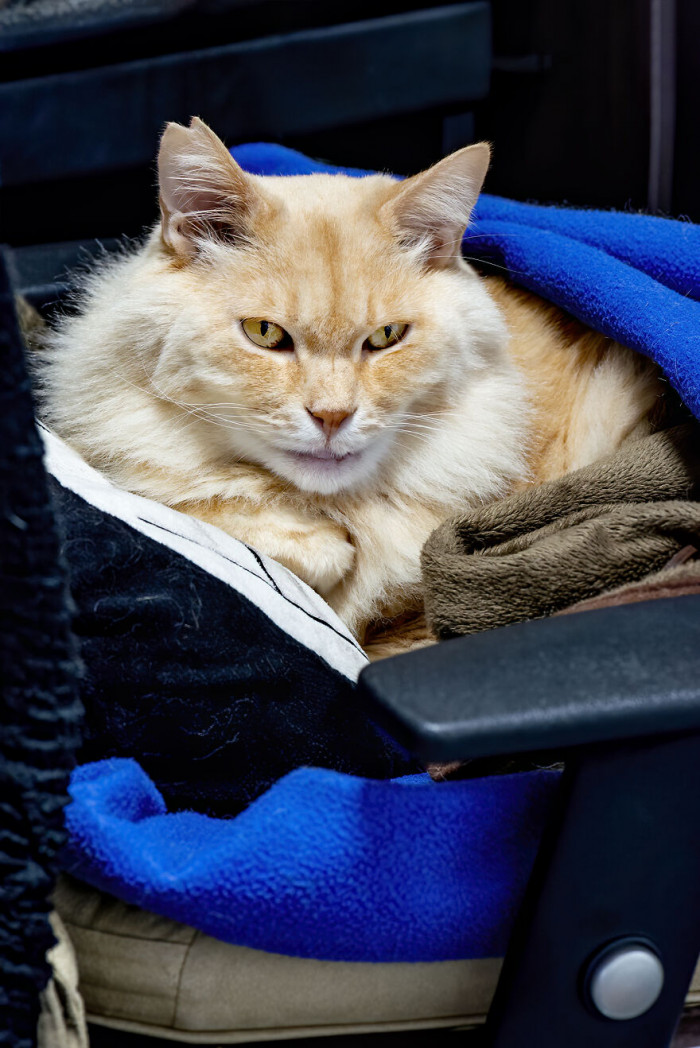 Have you ever adopted a stray cat? Share your experiences with us in the comments below!