The death of a relative can be very traumatic.

When we lose someone, we are not very concerned with the riches they leave behind. If you love someone and they pass away, you are more occupied with the fact they are not going to be around anymore instead of the wealth that you will inherit from them. However, even family members can be selfish and evil. Some people can’t wait until the funeral is over so they can start distributing whatever assets the deceased person had left behind. Usually, a lot of disputes occur between family members when they can’t agree on how they want to distribute the wealth. This is why it is very important for us to write wills and decide who gets what from our possessions before we die. It is equally important to leave that will in the hands of someone you trust to make sure no one alters it.

This guy shared his story on Reddit about how his relatives altered his aunt’s will to make sure they get most of her belongings. He caught them in the end, and they were left with nothing afterward. Scroll down below to read the whole story:

The guy is a lawyer, and he had gone through a rough couple of years. 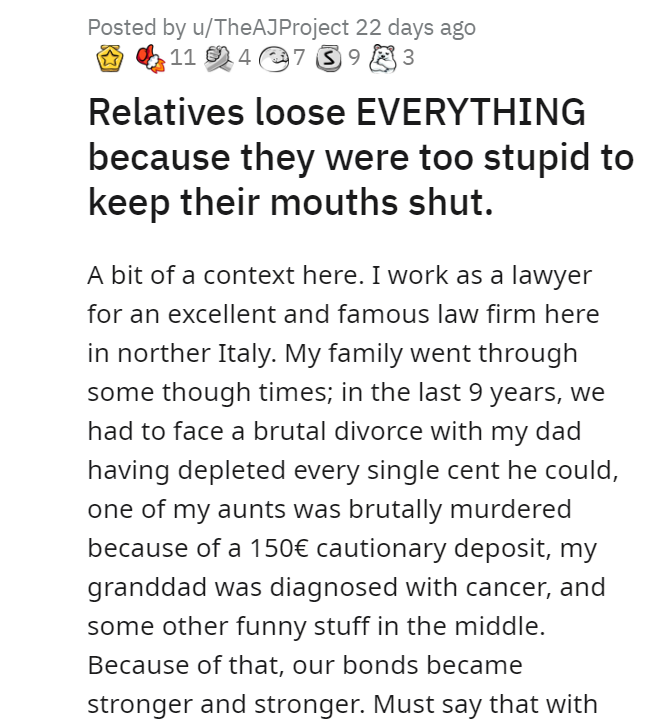 He despised his uncle because he thought he was superior to everyone else in the family.

When his aunt died, he was surprised she left him and his mother nothing, even though they were very close. 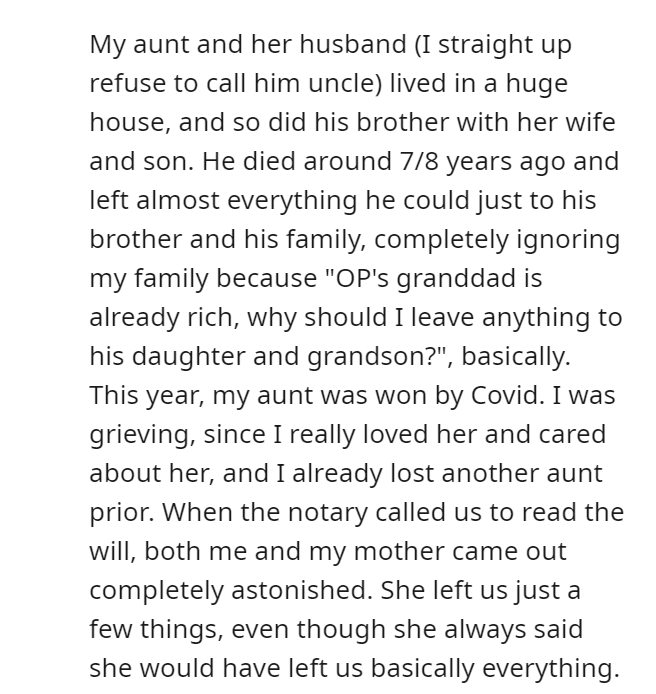 He didn’t care about the money much, but his mother was struggling financially. 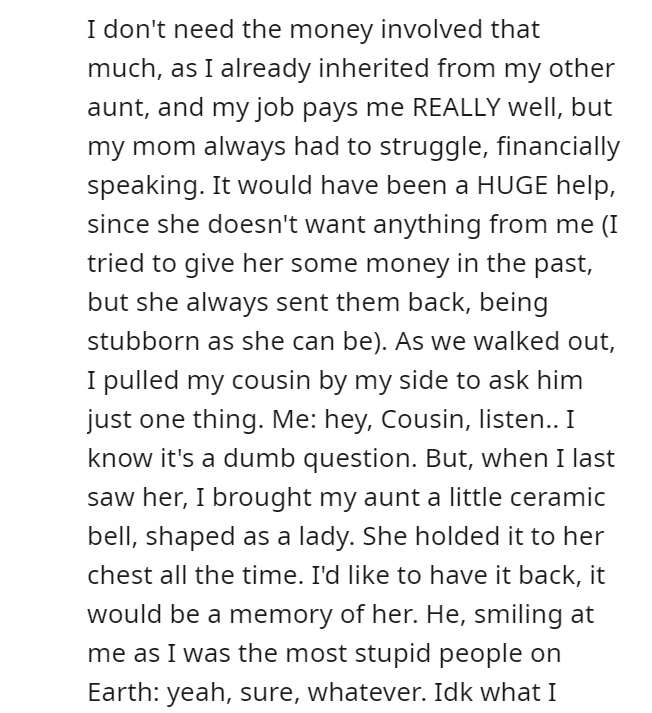 He asked his cousin if he could take his aunt’s ceramic bell which held emotional value to him, and that is when his cousin had a slip of tongue. 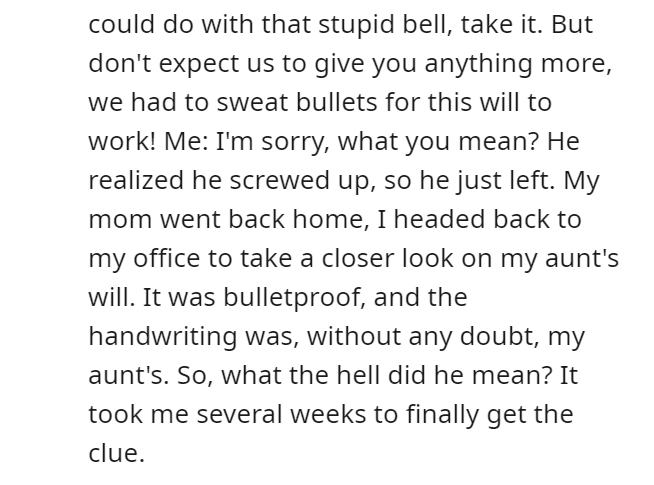 The guy went through his aunt’s will and found out it had been altered by his uncle’s family. 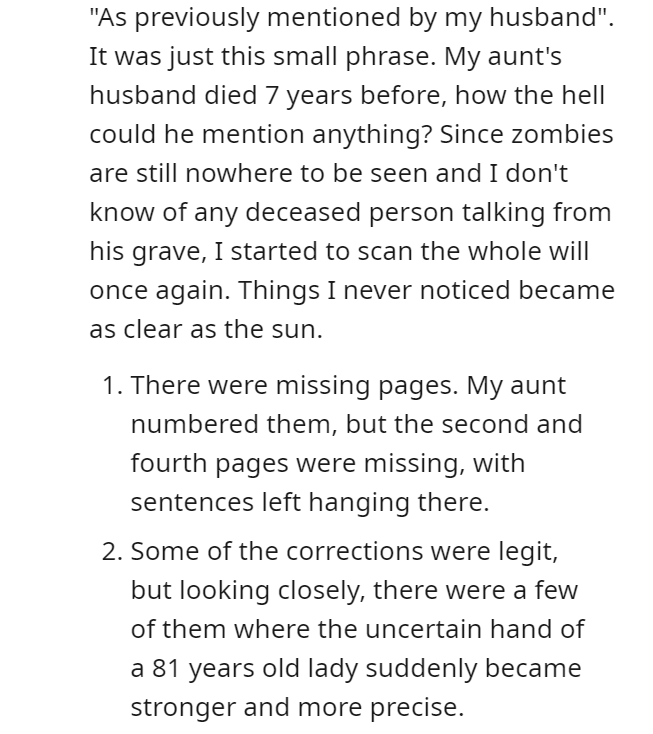 So he went through his uncle’s will as well. 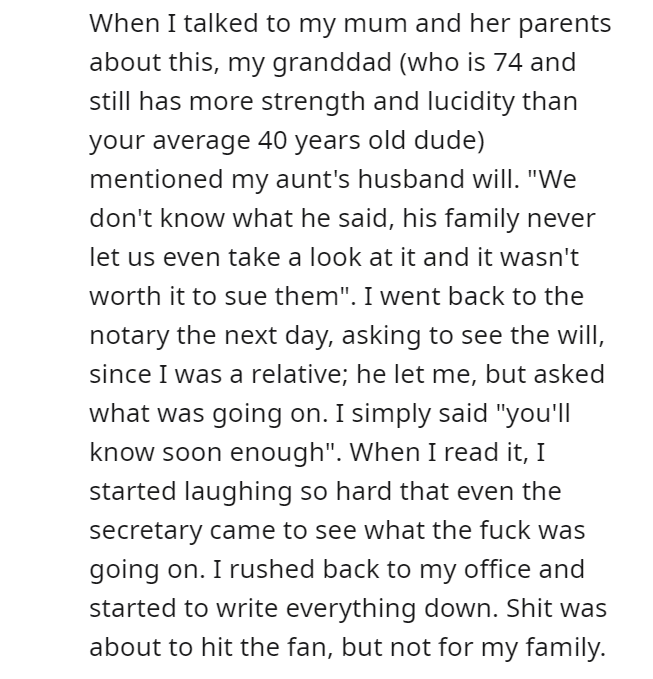 So the entire family had a meeting in front of the notary. 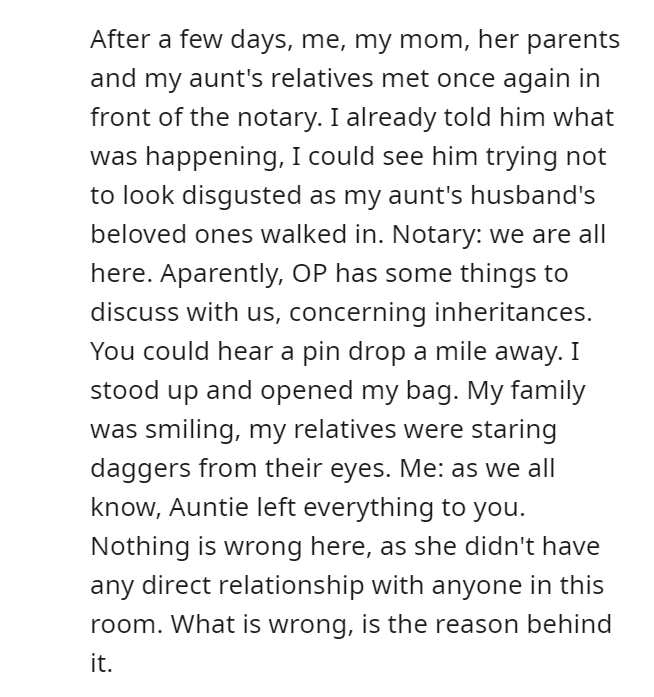 Then he talked about the link of his aunt’s will to his uncle’s will. 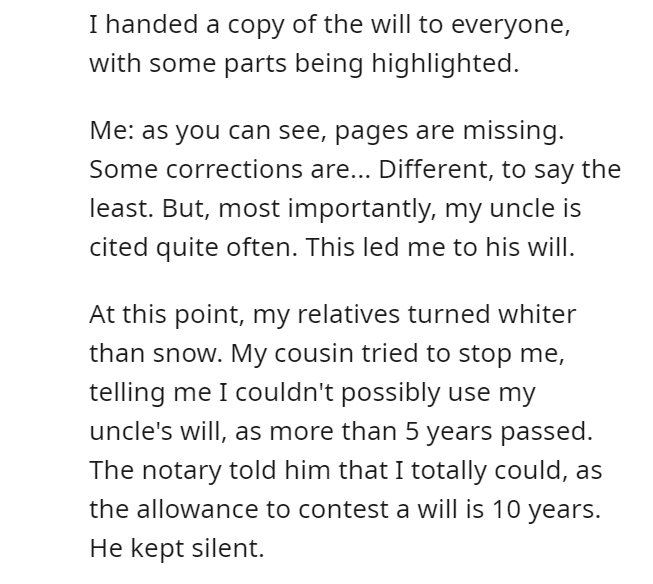 And he told them he would be suing them for attempted fraud. 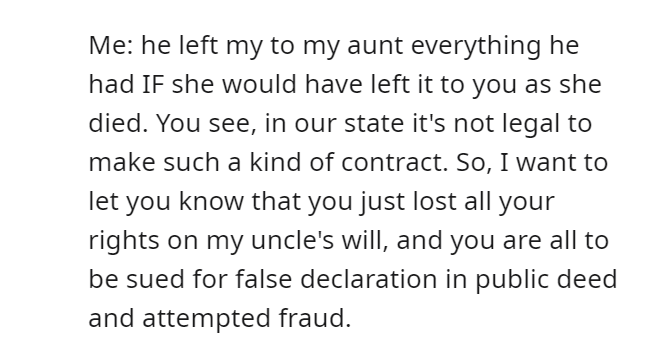 Understandably, there was a lot of backlash from them and they lost everything that they had. 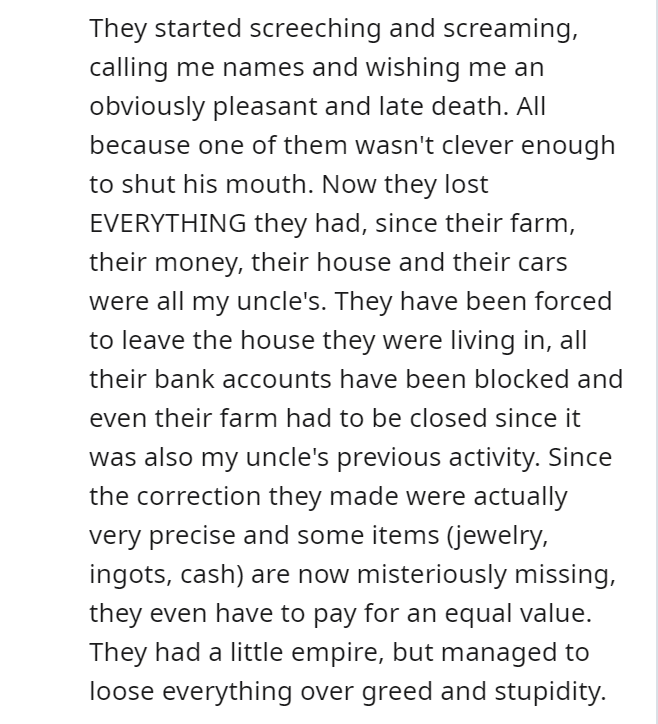 Be careful of who you’re trying to steal from.

Moral of the story: Never mess with a lawyer. They know how to take revenge in a legal way and you’ll be left with absolutely nothing in the end. However, these people really deserved what they got because they tried to steal what was rightfully his. I hope they have learned their lesson.

This is how other Redditors reacted to the revenge story:

People would do anything for wealth. 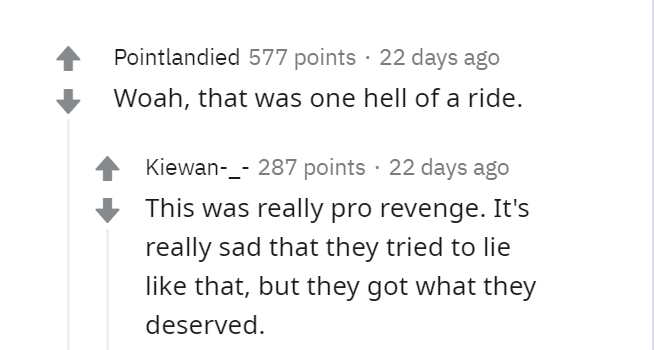 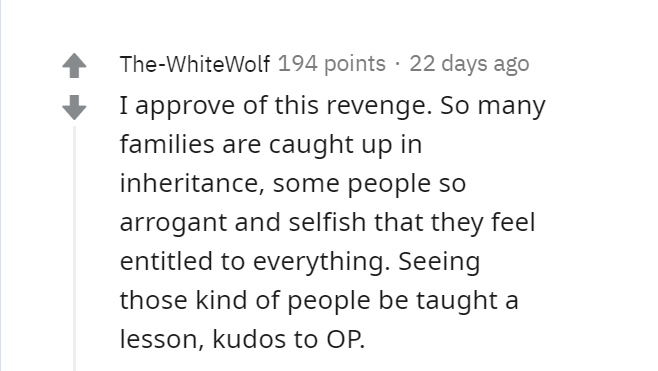 The guy explained how the inheritance was given in the end. 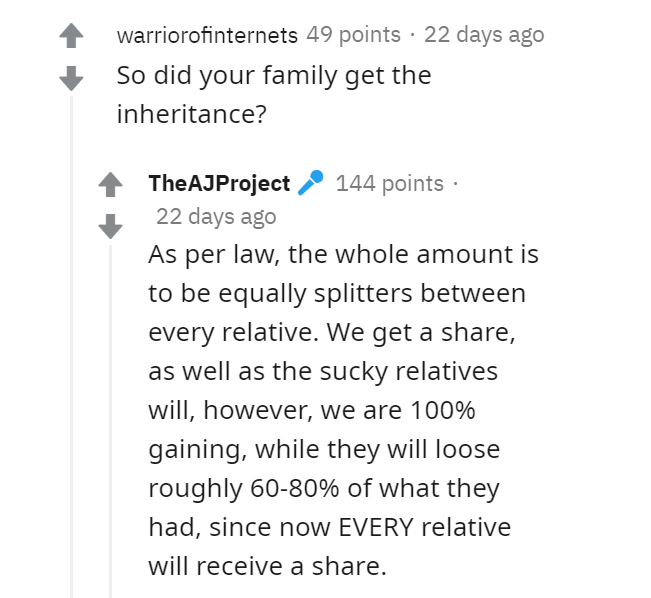 Do you think his uncle’s family deserved what they got? Share your thoughts with us in the comments below!