Divorce can get really messy.

When you tie the knot with someone, having a peaceful and happy life is your only goal. However, things don’t always work out as planned and people break the trust you had in them. Some things aren’t worth forgiving and staying together for the kids isn’t worth it if it just gives them a toxic and stressful home environment. When situations like these occur, it is best if you just part ways from your significant other. Separation isn’t easy since you have to split everything you both bought together. Deciding who gets what and sometimes being left with almost nothing can really take its toll on you. The emotional stress gets on your nerves too along with the financial problems.

This guy got divorced recently and his ex-wife told him to remove all his stuff from “her” storage unit. So he did exactly what she asked him to do, and she was not happy with it. Scroll down below to read the whole story:

The guy’s wife cheated on him and they decided parting their ways would be the best solution. 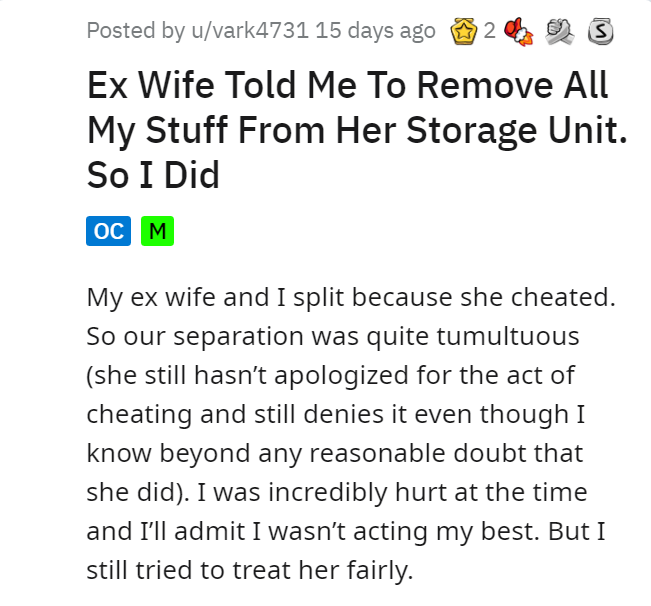 One of their cars was being used by his wife so they decided she would pay the outstanding payments. 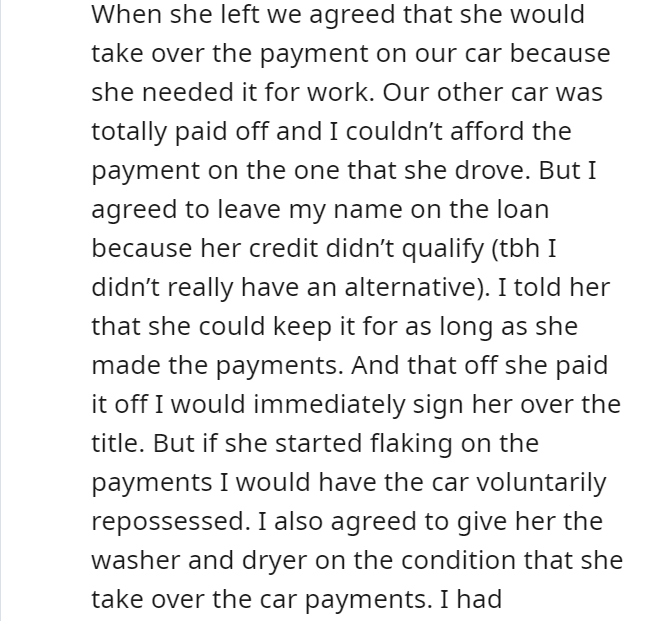 However, they had an argument and she left the car in his custody, knowing he can’t pay for it. 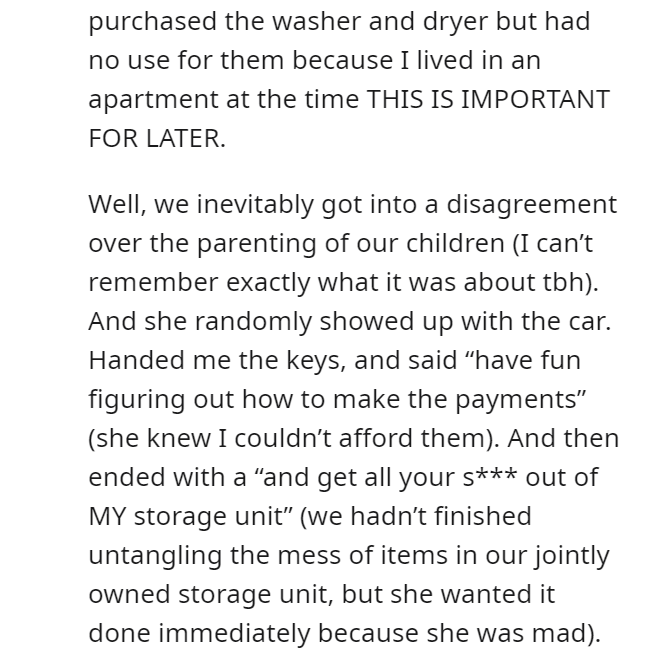 So he took all of his stuff from their storage unit because she asked him to, including his washer and dryer. 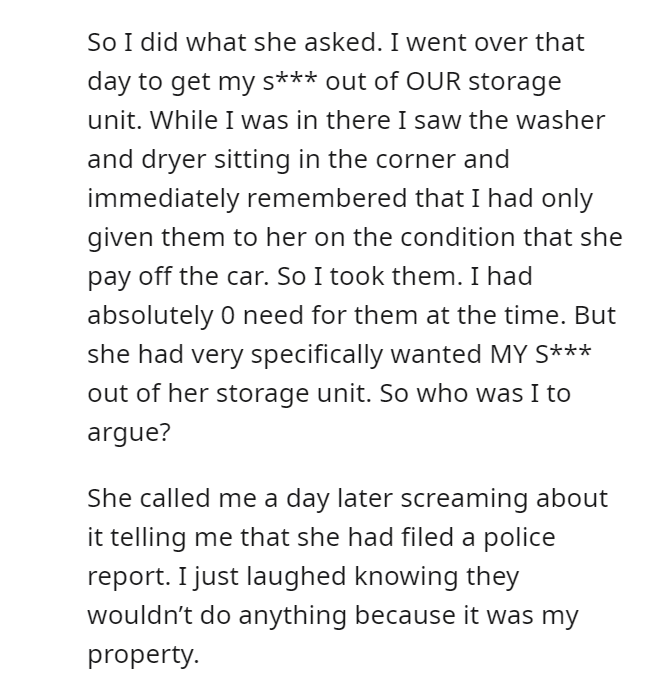 In the end, she lost the car, the washer, and the dryer. 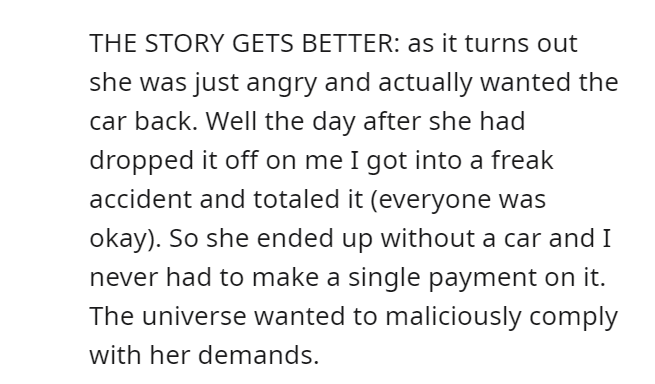 Well, she cheated on her husband and acted like an a**hole when she could have just separated peacefully. She pretty much deserved this for being such a crappy human being. I can’t help but think about how the kids might have suffered from this, but I guess their parents staying together would have been worse.

This is how other Redditors responded to the story about malicious compliance: 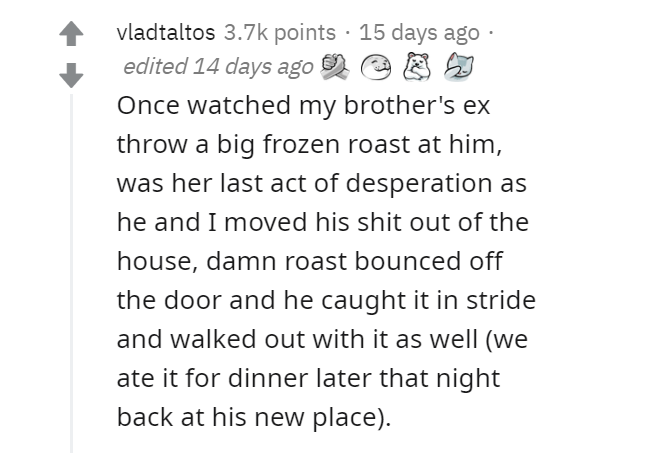 Let’s not discuss what the “freak accident” was. We aren’t his insurance company.

The guy answered a question about the payments. 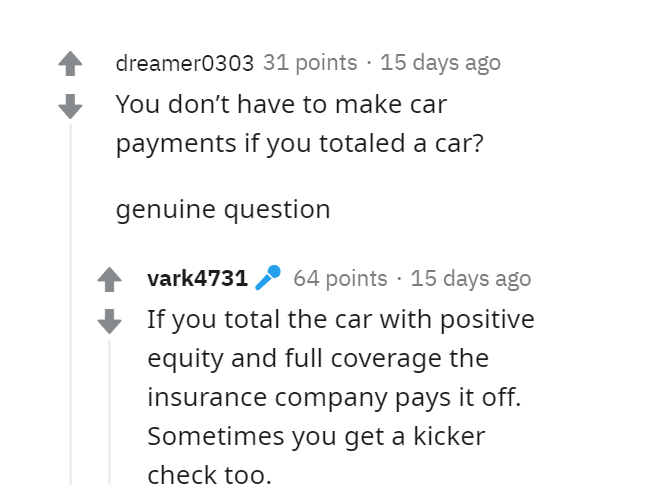 And it is good to know that the children are doing well too! 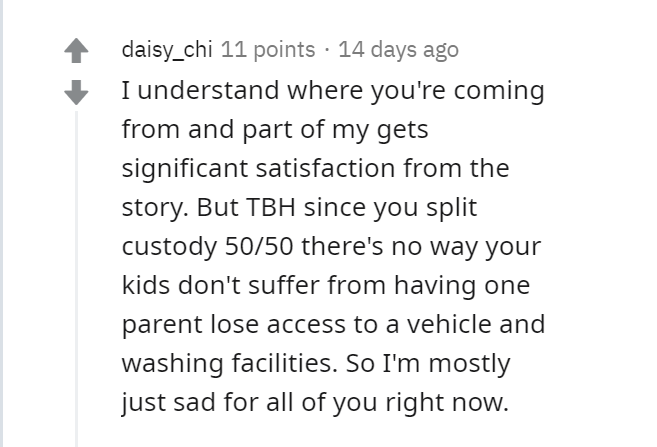 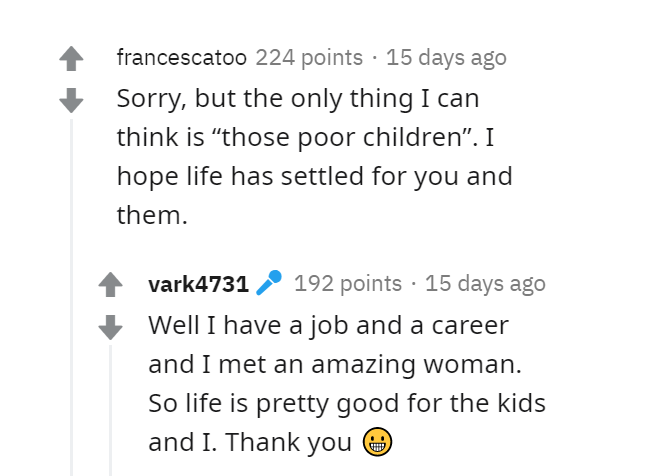 She brought this on herself.

Everything falls into place in the end.

Well deserved ending. This is what you get for being unfaithful.