It’s not shallow to want a well-made engagement ring.

I know most people on the Internet love to hate on people who aren’t fine with cheap engagement rings. But at the end of the day, you are hopefully going to wear it for a long time so you want something that will last decades while not showing the wear and tear of daily use. I am not saying you can have to spend thousands on a ring but it should probably have excellent craftsmanship. However, the ring that this woman got was anything but well-made.

It was not only cheap but the quality looked horrendous as well. So when she posted on Reddit asking for advice on how she should broach the subject with her fiance, most people weren’t on her side. Almost all Reddit users called her shallow for wanting something beautiful as a symbol of love. However, things were more complicated than she had first thought when she decided to dig deeper and communicate this with her Fiance.

She starts off by explaining their financial situation. 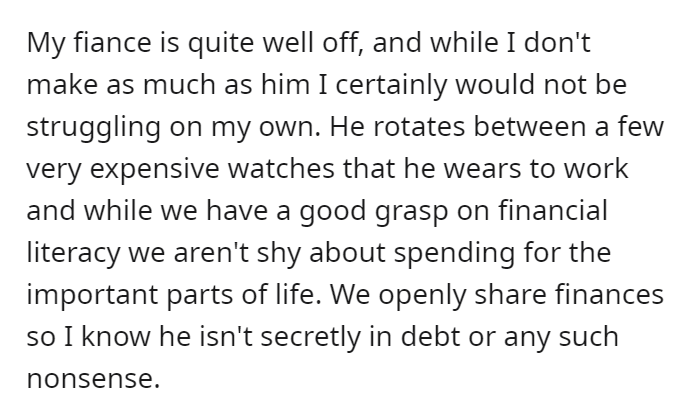 And how they are not in any sort of debt 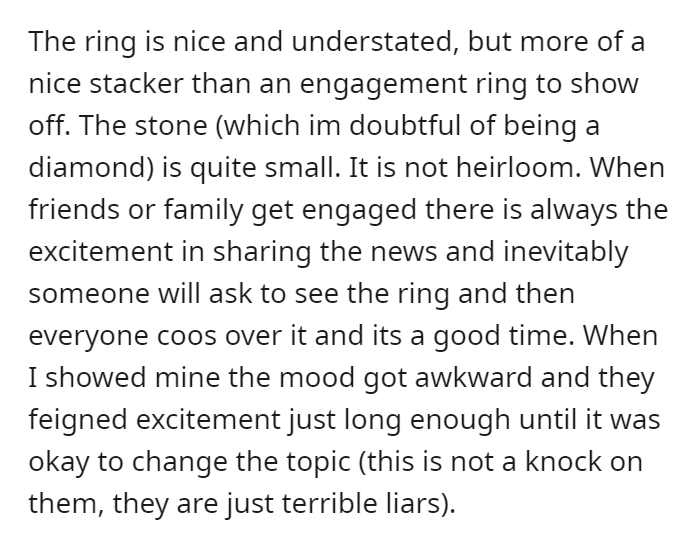 And that is what confuses her since he could have bought an engagement ring she liked. 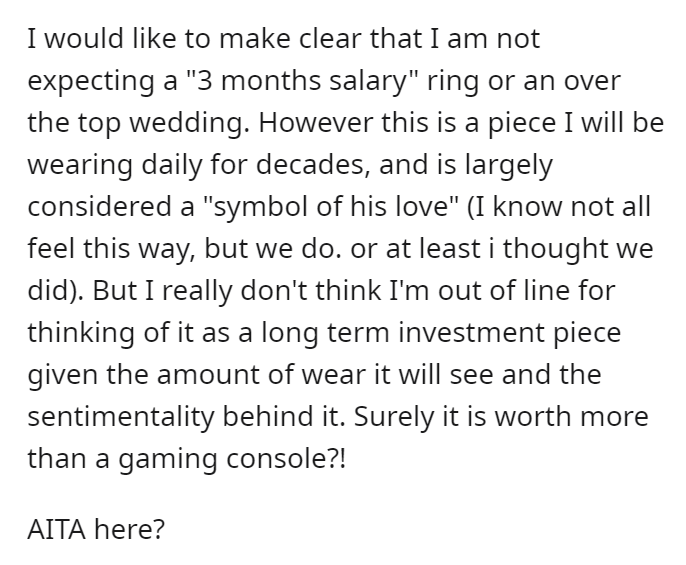 They had talked about the style before but never about how much he should spend on it.

She even says that the price has never been important to her but she at least wants to like the look of it. 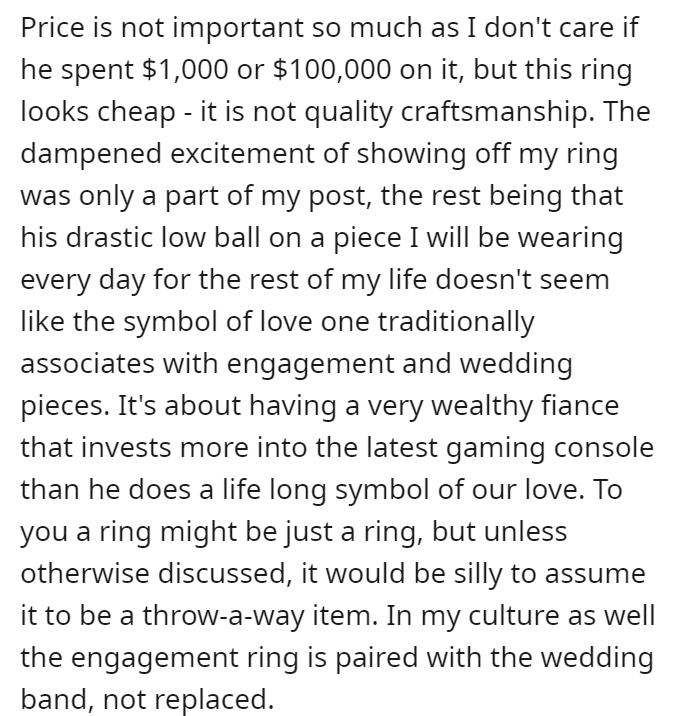 She clearly thought that he knew her better than this. 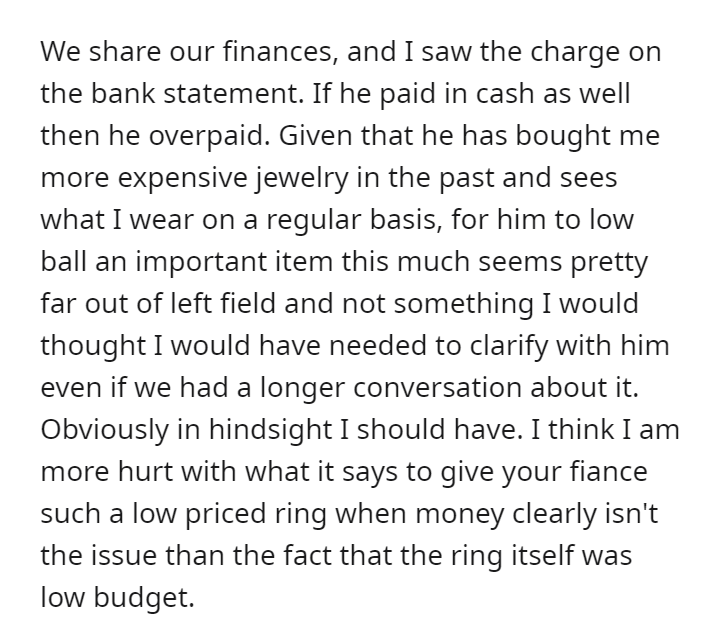 And this decision has left her surprised about what to do next. 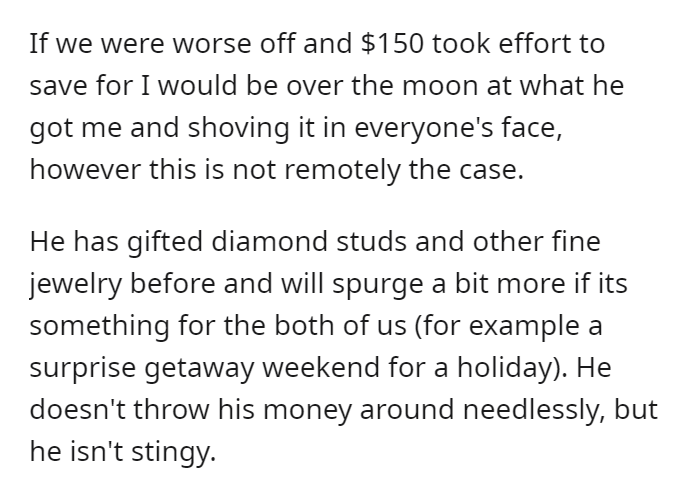 After all, it’s the thought that counts rather than anything else. 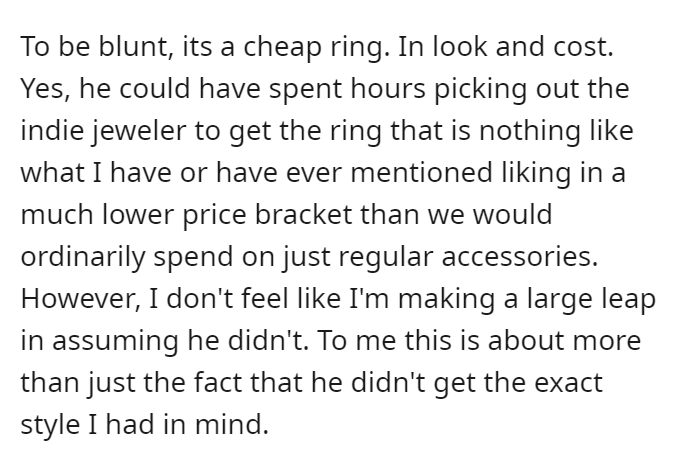 And so she ended the post with how she will talk about it with her fiance. 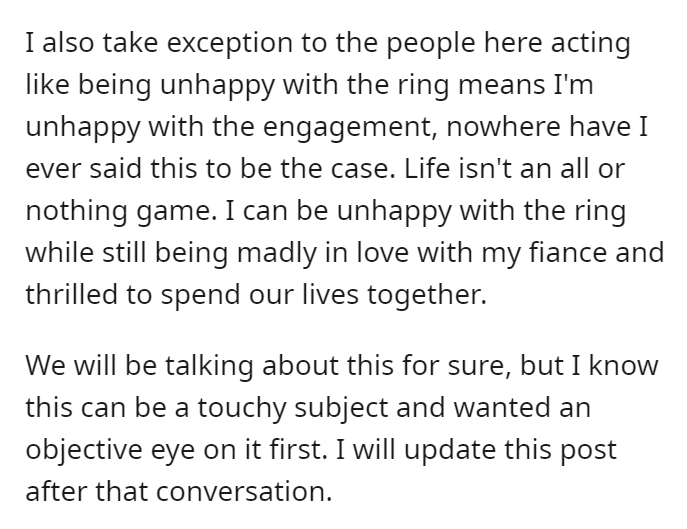 There were some people who understood where she was coming from. 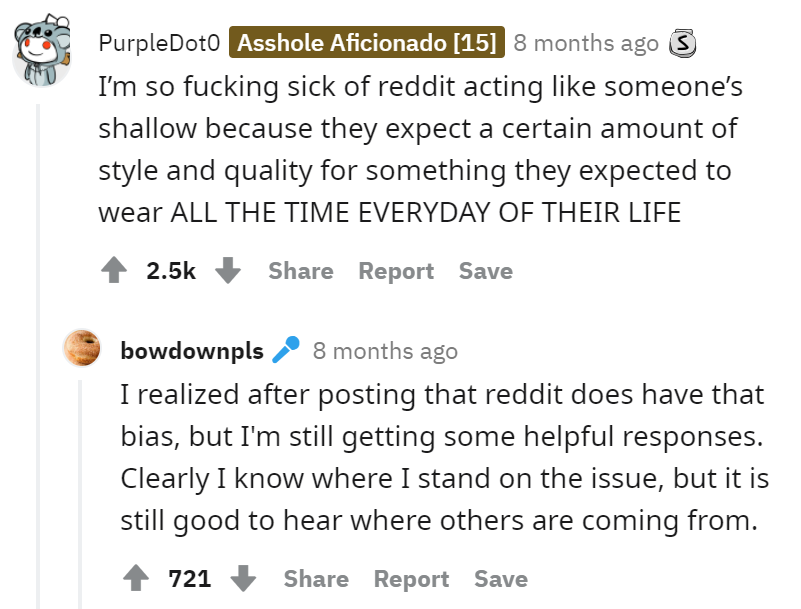 And supported her in her decision to talk with her Fiance. 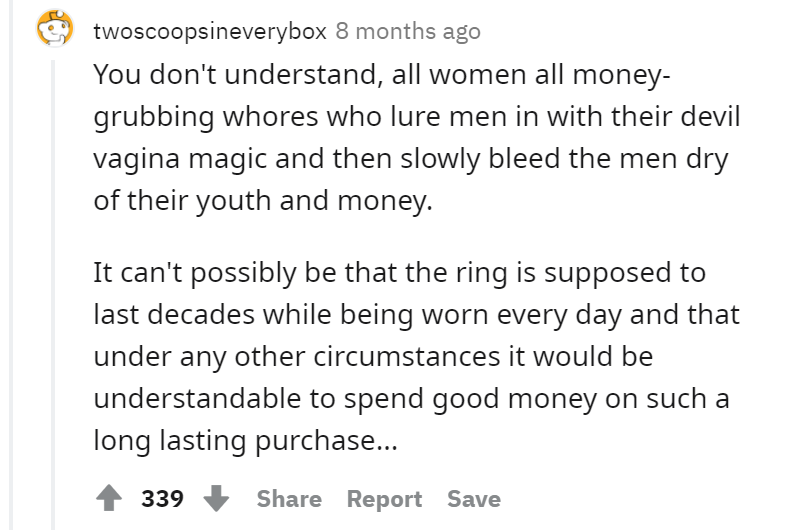 However, this is when things took a really big turn.

As he went on a tirade explaining why he really did what he did. 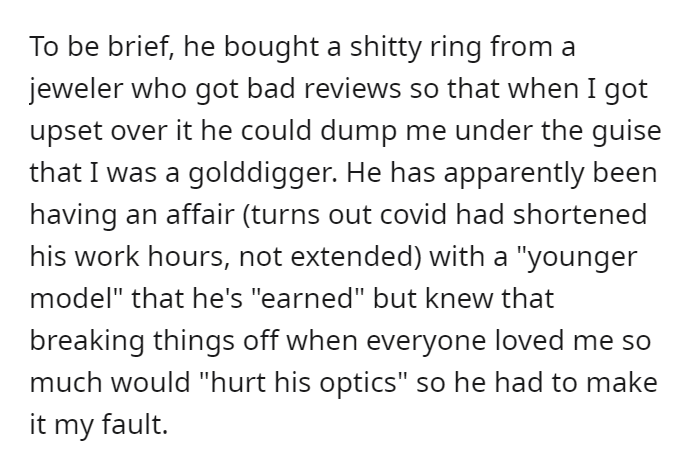 He just wanted to end things with her without anyone calling him out for it. 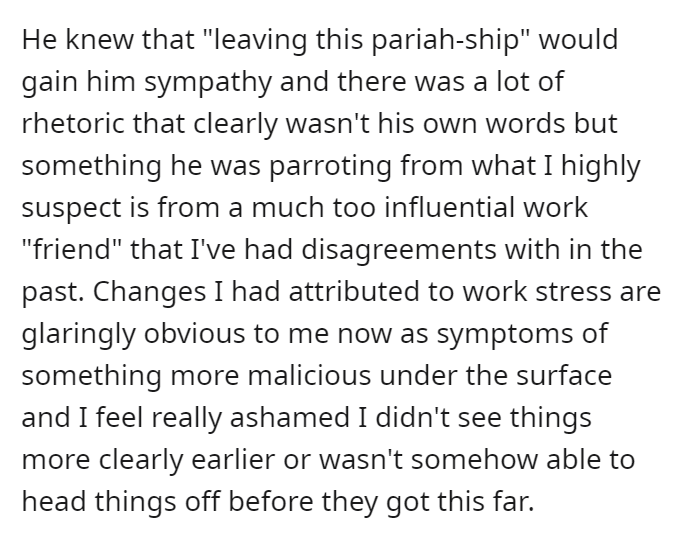 But she didn’t care enough to hear more about what was happening behind the scenes. 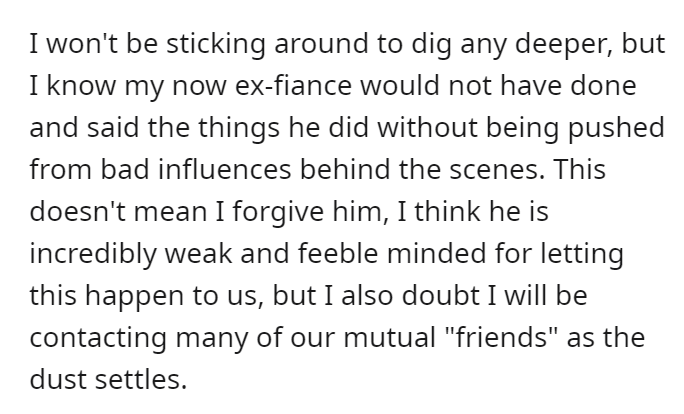 He isn’t really capable of being this clinical alone, that’s part of why we shared finances and I wanted to make sure I had my own emotions in check through reading all of your responses before I started the conversation.

I won’t say I understand how this happened, but unless he has two personalities, I would bet all the junky rings in the world that “someone” was whispering in his ear. At the moment I’m pretty numb, but the reaction, I do have most of it towards my fiance is mostly “wtf, you pathetic POS” and outright rage toward those I think put the words in his mouth. –bowdownpls

And thus left him and is currently trying to figure out what really happened. 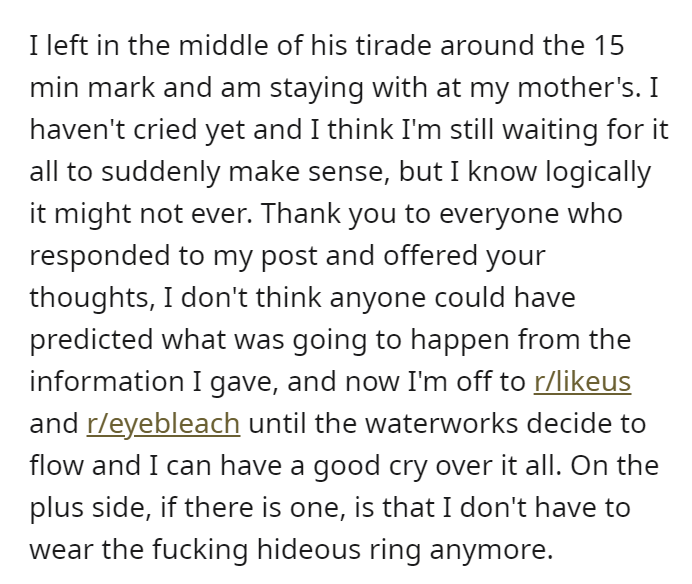 Did you see this coming? And what are your thoughts on expensive engagement rings? Comment down below and let us know.