Especially if you have a very non-cooperative boss. If your boss does not understand you and gives you a hard time at work, your job can pretty much be hell for you. Some people think just because you work for them, you are their slaves. They can be disrespectful and treat you inhumanely, which no one deserves. It is very important to have a good work environment if you need your employees to be productive. Being unnecessarily rough on them will just dishearten them and they won’t ever reach their full potential.

However, some people can just be plain evil. They don’t care about their employees’ health and well-being, they are just money and power-hungry. This can often backfire, as it did with this boss. A guy on Reddit shared his story about his boss wrongfully terminating him, and he took revenge which resulted in the shutdown of the entire branch. Read the story down below:

So, here is the backstory. 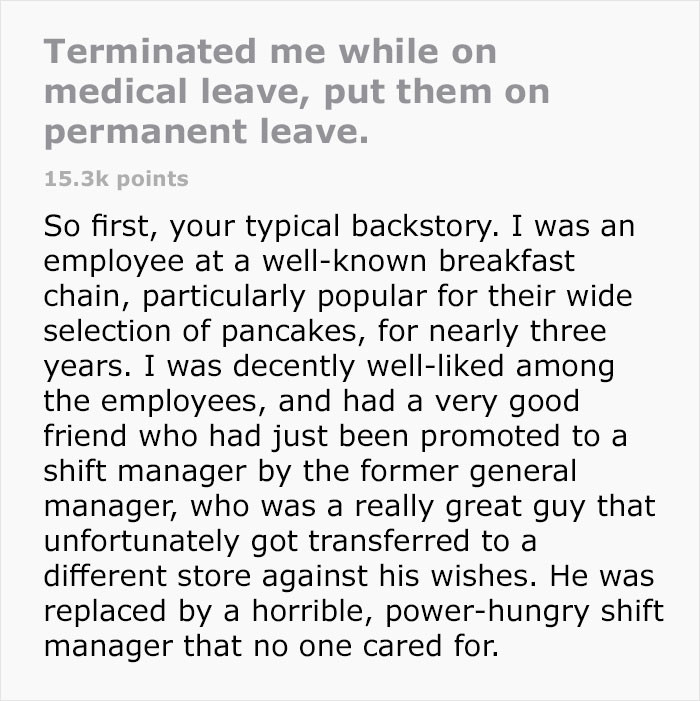 Everything was going well until the guy had a sharp pain in his lower right abdomen. 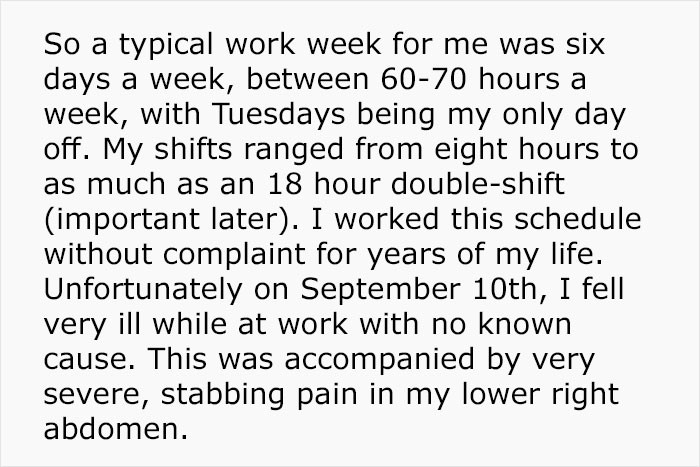 His manager was being very selfish in this situation, but he had to go to the hospital in an emergency. 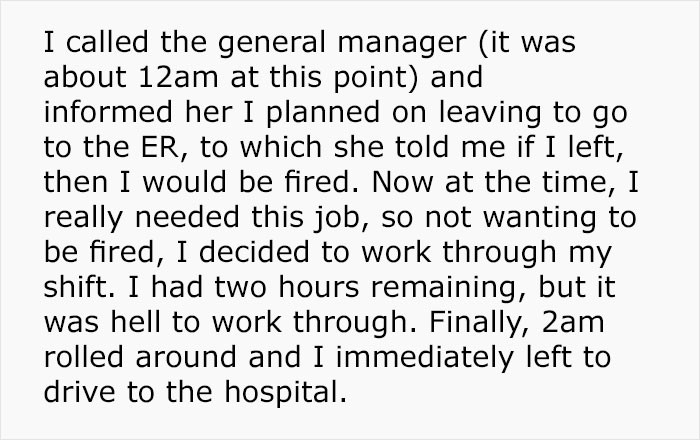 Instead of being considerate, his manager just asked him to find someone who can cover his shift. 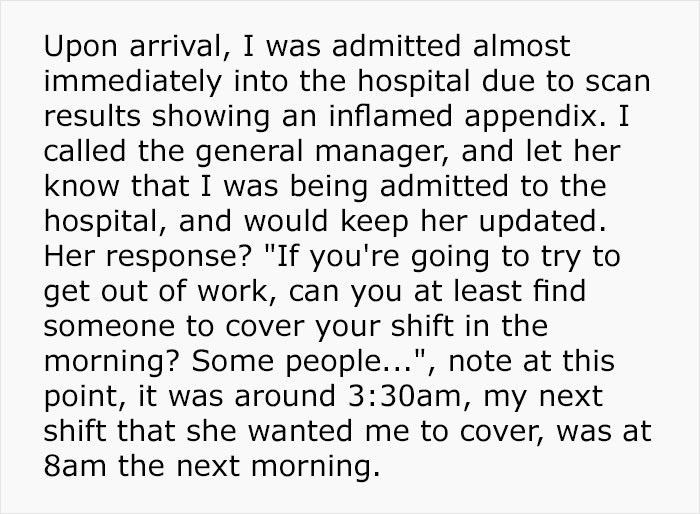 However, it turned out that he needed an appendectomy. He informed his manager about everything. 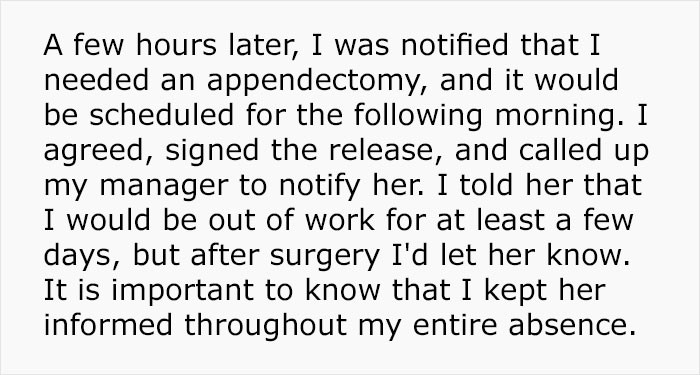 Things kept getting worse for him and he stayed in the hospital for two weeks. 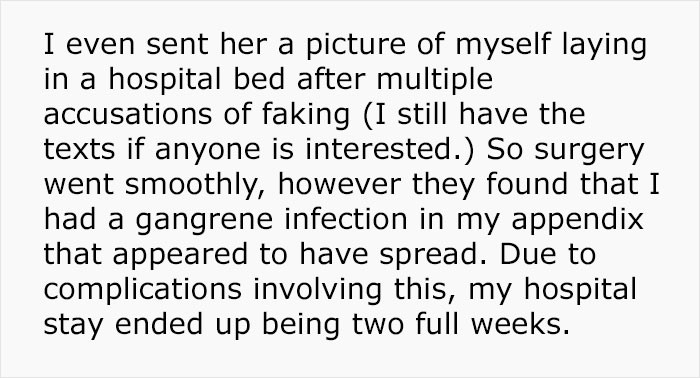 He finally went back to work on the same day. 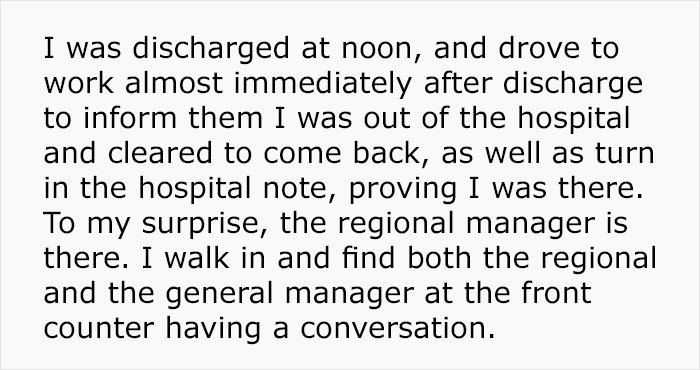 The managers claimed he didn’t inform them of anything, but he had proof.

So the managers plotted to terminate him soon, but the guy was a step ahead of them. 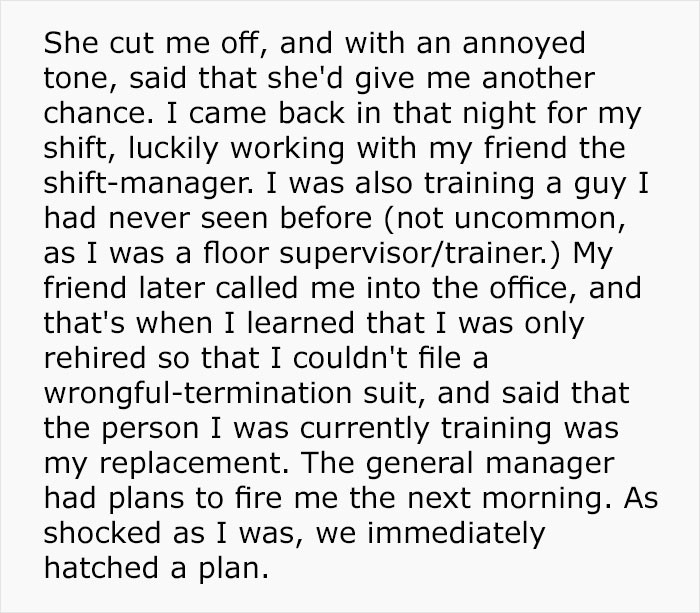 The restaurant wasn’t up to the health standards, and the guy took advantage of that.

He took pictures of all the violations.

And as expected, the next day he was unfairly dismissed from his job. 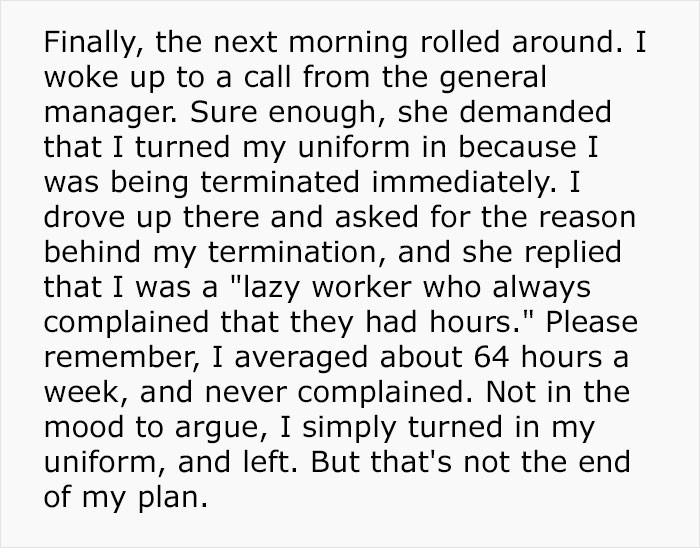 And that’s when he executed his revenge plan.

He went to the health department and filed a complaint against the restaurant, providing proof. 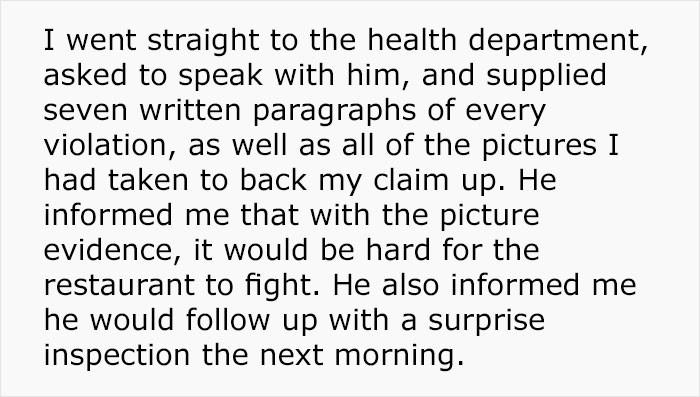 As a result, the branch was shut down. 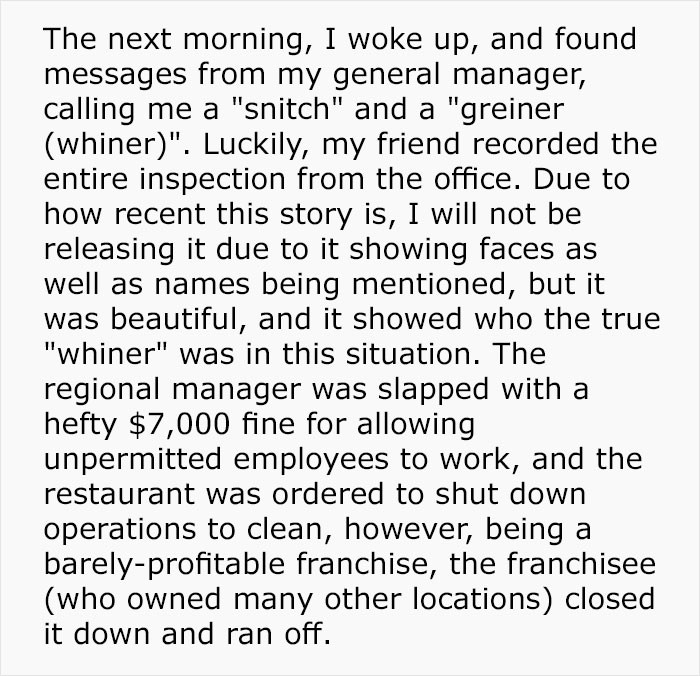 The employees had a happy ending.

He still has all the proof saved.

“Proof to the manager I was in the hospital” 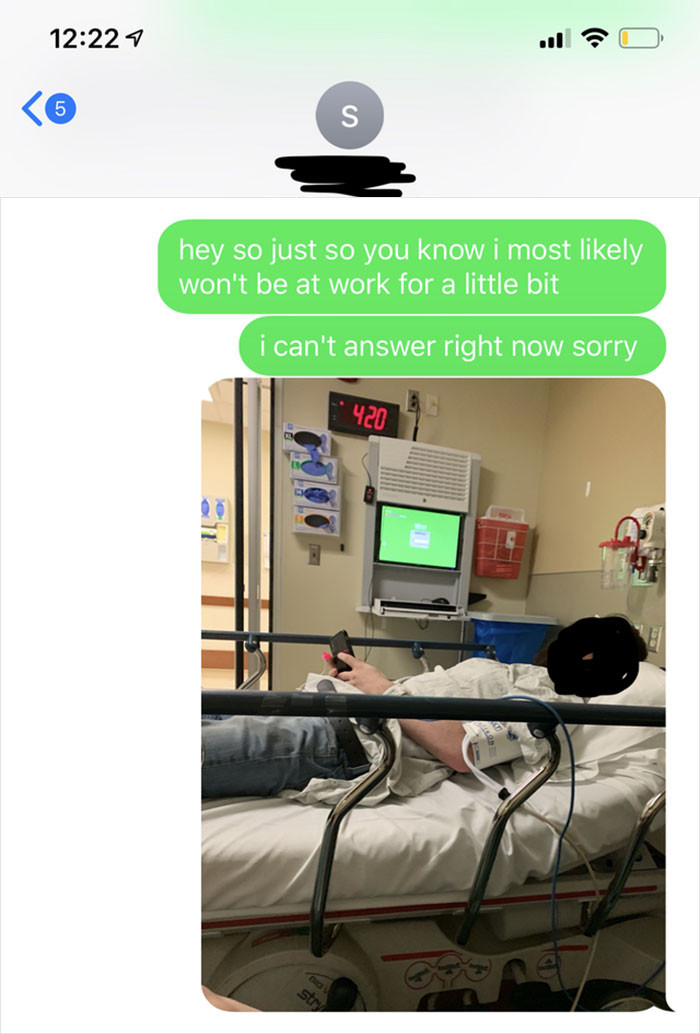 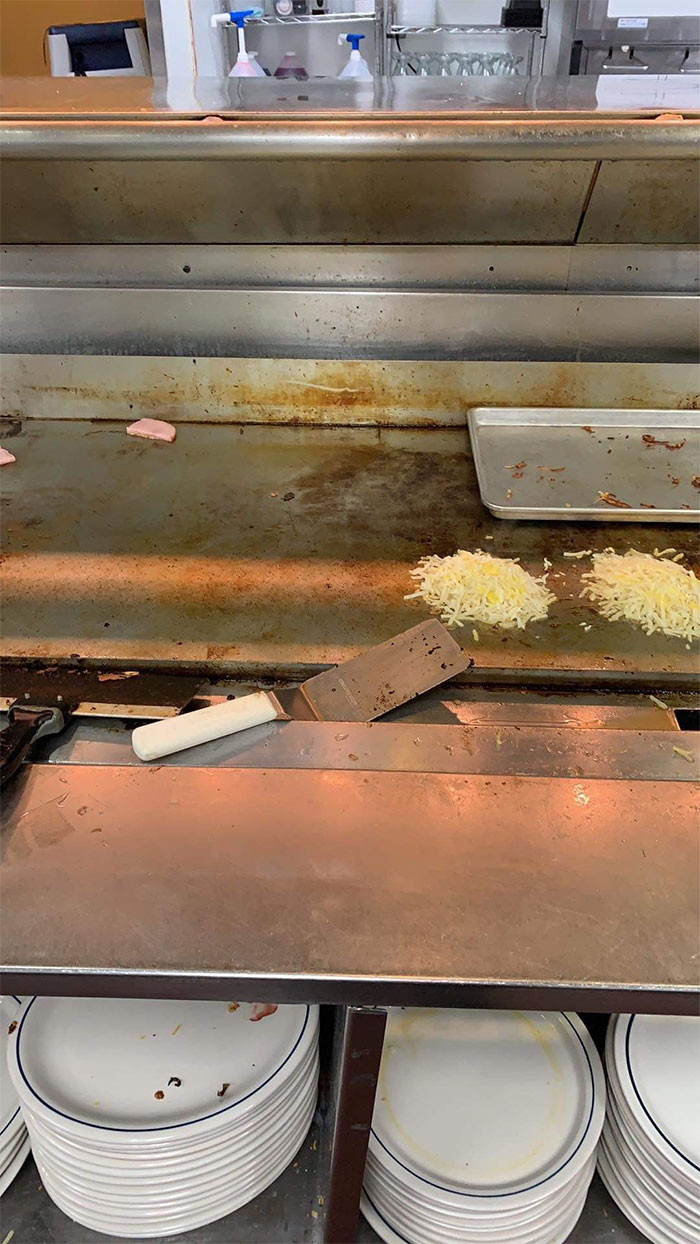 “Nasty ceiling that I attempted to clean with bleach. Have since been informed it is mould” 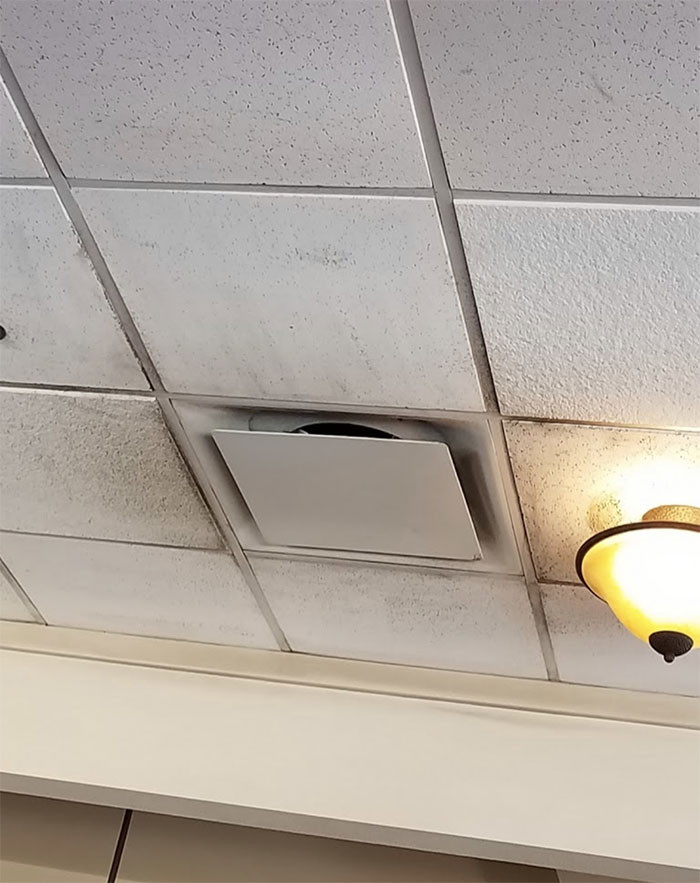 “These tables, along with 5 others, sat dirty for 3 hours” 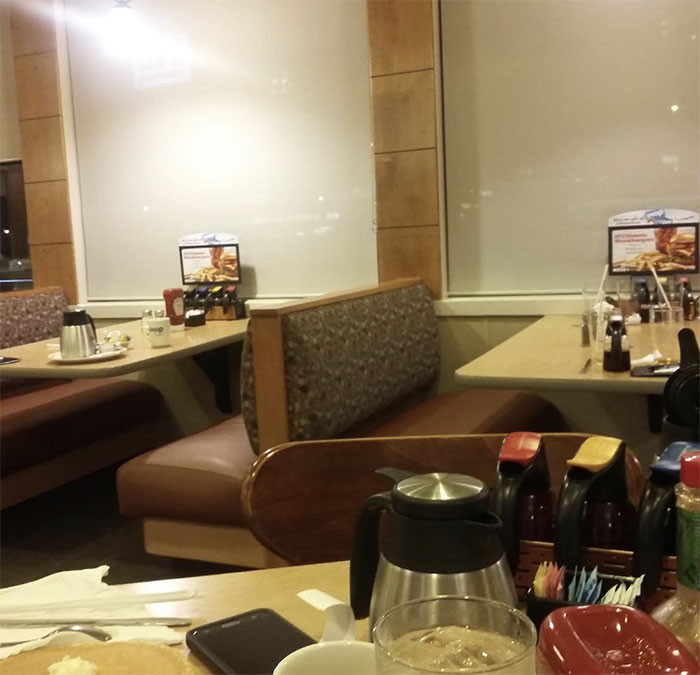 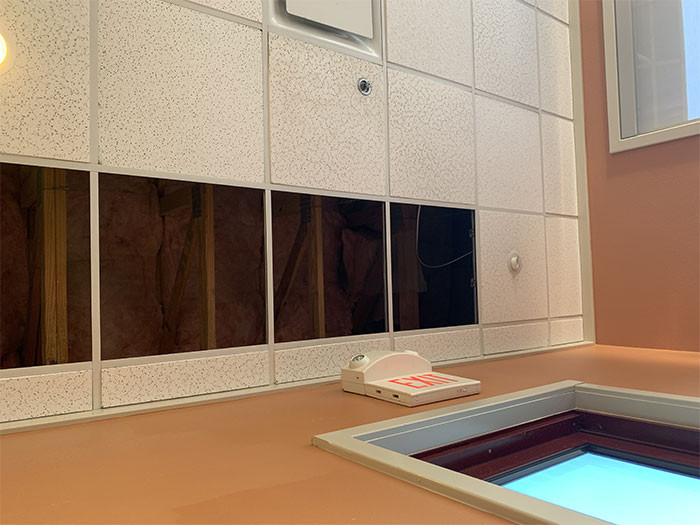 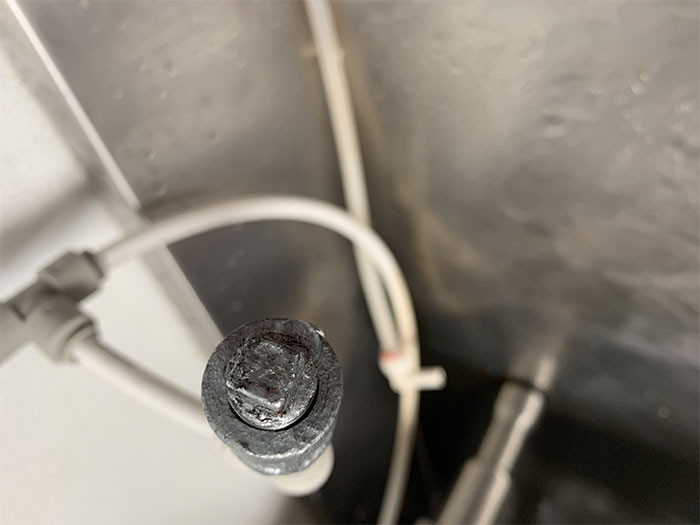 This is what people on Reddit had to say about the incident:

He even responded to some of them.

Some times people stay quiet because they need the job. 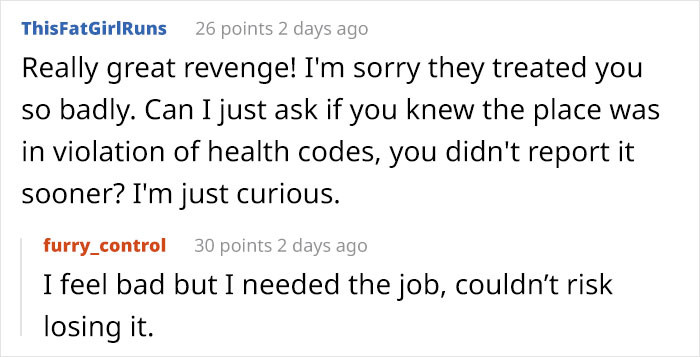 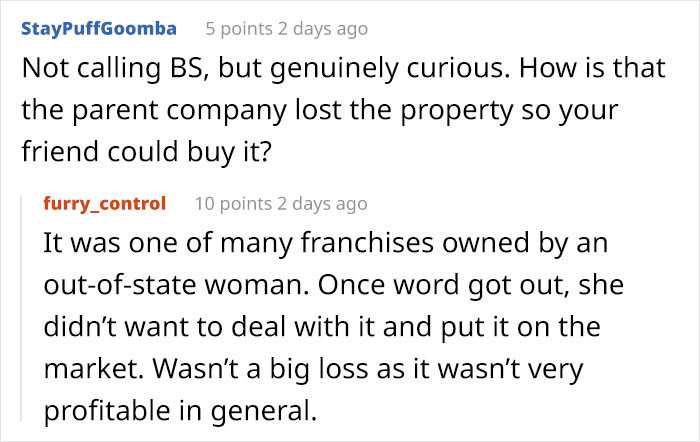 And if you’re wondering what happened to the General Manager, here is her story: 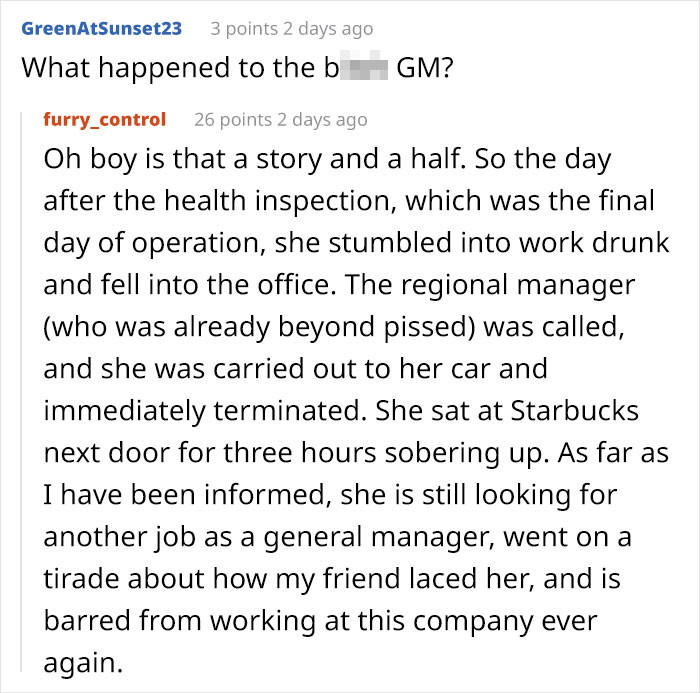 Do you think the guy did the right thing? Let us know your thoughts.