Some people really need to step out of their little bubble.

Entitle people are the worst. They walk around thinking the world owes them something, and whenever they are rejected by someone they throw a tantrum and try to turn the answer into a “yes.” This is the result of bad parenting most of the time. When parents just can’t tell their children “no”, the child thinks it can get whatever it wants and no one will be able to deny them anything. This, of course, backfires once they grow up as the world is a cruel place and no one does favors for free. These children, once they grow up, do not know how to handle rejection since they have never been told no. This is also why they learn things the hard way after getting ridiculed by people in the real world.

This model was rejected by a guy on their first date as he didn’t see the spark in her. She threw a fit and started threatening the guy saying her “bodyguards” will come after him. The guy stayed civil throughout the conversation but the model did not stop bugging him. Scroll down below to read the entire conversation:

So basically, the guy ghosted her at the bar and she did not take it well.

She got offended to the point that she started accusing him of theft.

We don’t know if she is lying about having “bodyguards” around her, but it seems pretty made up.

She seems a little narcissistic. She just can’t absorb the idea that someone is able to reject her. Humble yourself, girl.

She then started saying her friends would post about him to warn others.

She called herself a class act, but her behavior proved otherwise.

Then she finally apologized but the guy was not having any of it.

However, she was only apologizing because she was afraid the guy would post about her, which he did.

Wow. This girl really needs to step off of her high horse before the world kicks her down. Who does she even think she is? Princess, anyone can reject you. And with that kind of attitude, be prepared to get rejected a lot. I hope she has learned her lesson after this.

After a while, the guy received texts from her “personal security team.” Is this a joke? 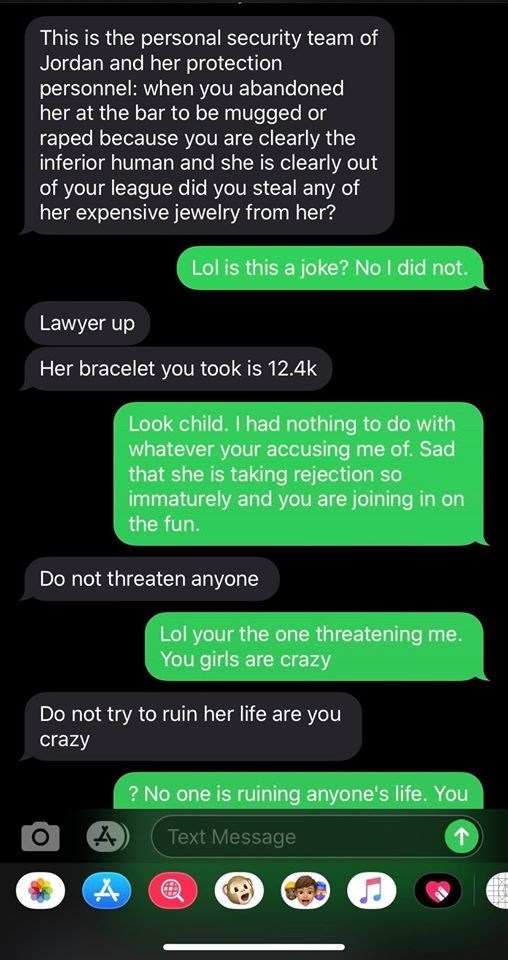 Who would even fall for this? 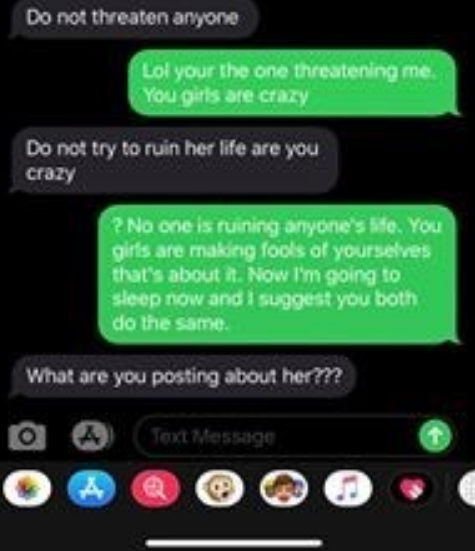 Well, this was a rollercoaster. Have you ever dealt with someone like this? Share your stories with us in the comments below.