If you don’t love them, let them go.

I am sure all of us have heard this saying many times over. However, we rarely if ever listen to it. Sometimes you have to understand that the person you are with might not be the one for you. Although I would say this guy is just a bad boyfriend overall. I am not saying the following ‘instance’ is all of his faults but let’s just say he didn’t make the matters any better and keep in mind that this is only his side of the story.

While I understand everyone has their passions, it may be watching football or even hiking, however, that does not mean those interests come above the well being of your ‘supposed’ loved one. For this guy though, watching a football match is more important than making sure his girlfriend gets home safe and sound.

You can form your own opinion by scrolling below and taking a look.

It’s only the first paragraph and that pancake eating line already rubs me the wrong way. 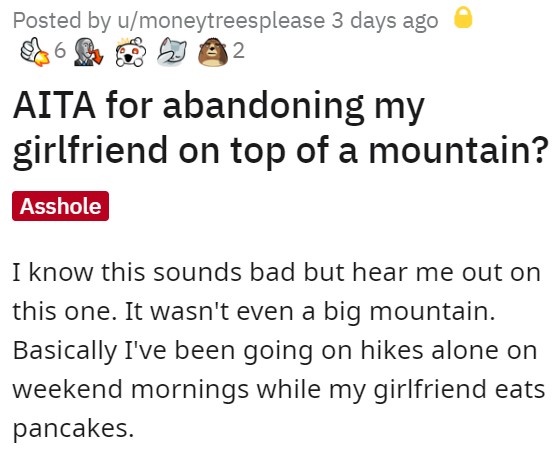 Obligated? Why not change your plan and do an easy hike? 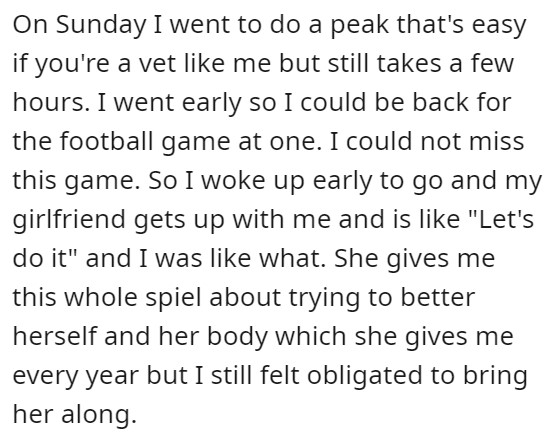 Why was she begging for water? 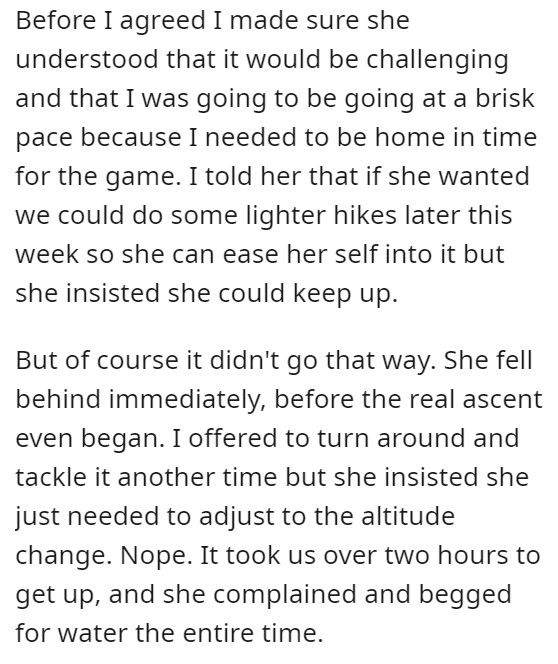 I completely understand that she was derailing his plans but he is not in the right either. As he said so himself, he has been hiking for longer so he should have been more careful. It was his responsibility. 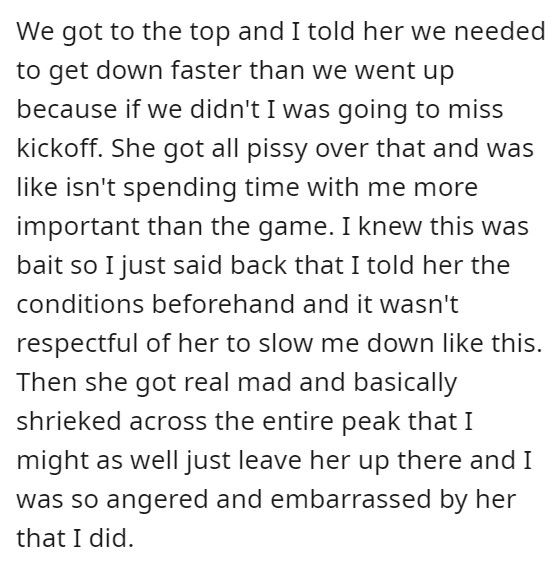 That was the first thing you said after she came back down alone? Good job! 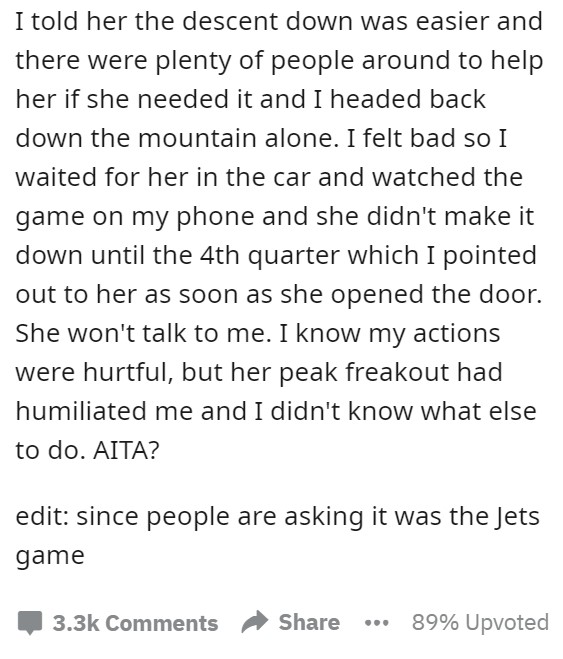 All in all, he could have handled it must better as this user explained.

Any experienced hiker knows that if you’re bringing an inexperienced hiker you don’t just jump into a long hike with a time limit. OP just wanted to have it his way and punished his girlfriend for wanting to spend time with him. Things that could have gone differently:

Told your girlfriend you supported her decision to want to get better, but today you needed some “me” time alone while hiking.

Recorded the game and watched it later. It’s sports, stop thinking that watching it live matters at all. EVERY sport is filled with a lot of dead air, and people only care about the highlight reals anyways. No one has ever said “Did you watch that really boring 2nd quarter from last night’s game? Man that was fun to watch neither team doing anything”

I’m sure there are more, better options. –engineerwithpants

People have varying opinions on the whole situation. 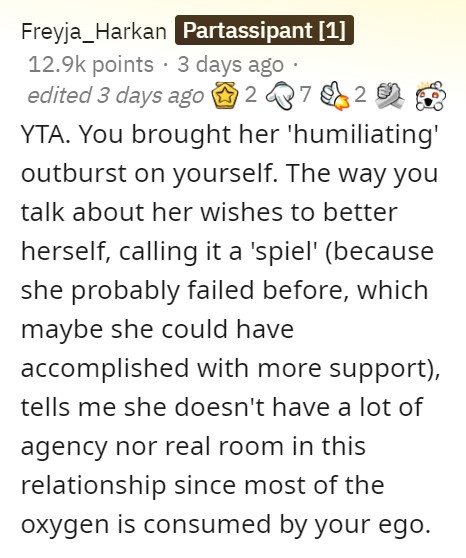 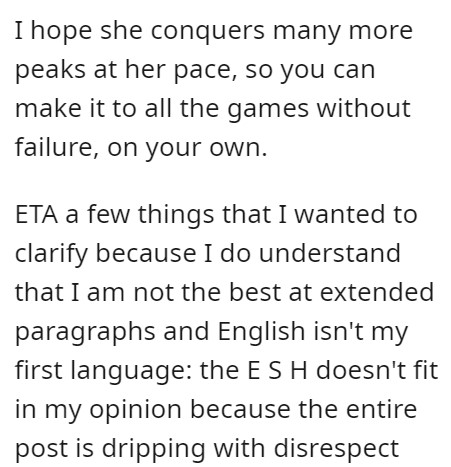 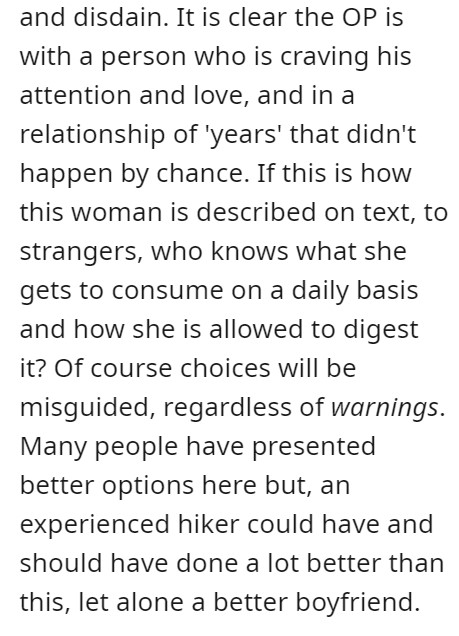 And it seems this guy needs a serious attitude change. 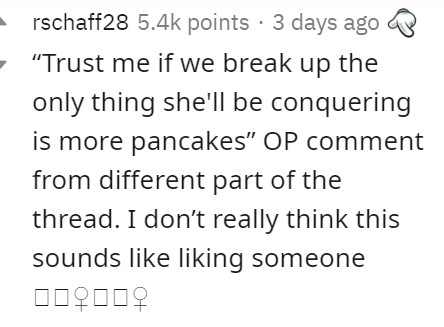 I mean that sounds pretty bad. 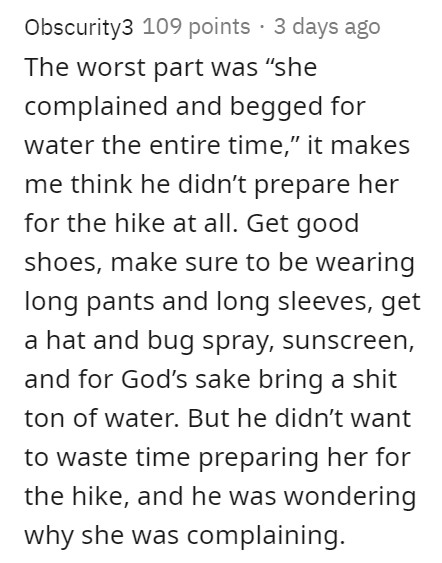 I don’t know what to make of this, to be honest. 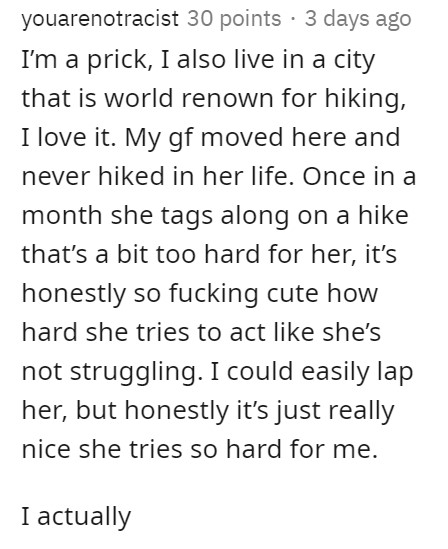 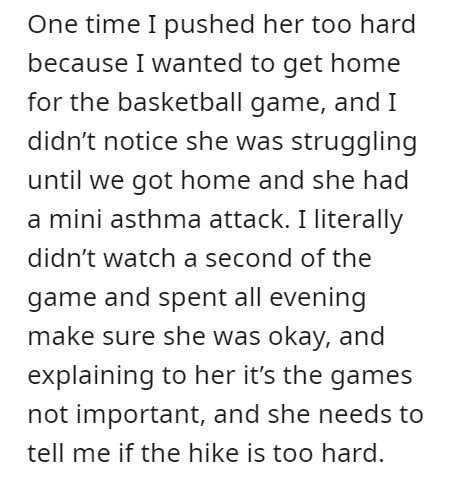 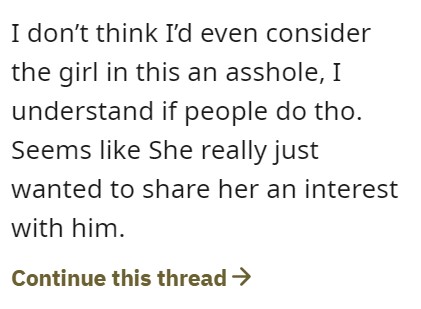 It seems she wants to prove herself to him which she shouldn’t have to do. 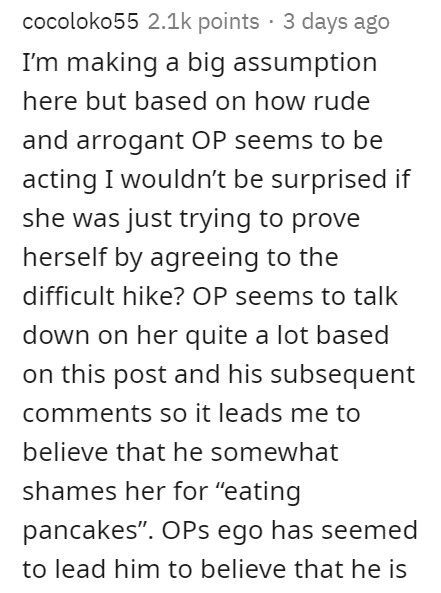 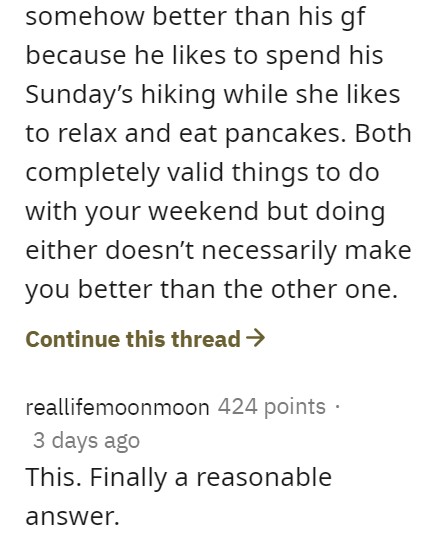 Being supportive doesn’t cost you anything. 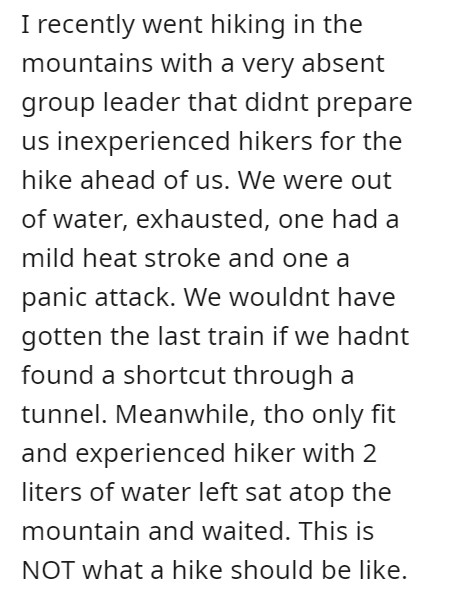 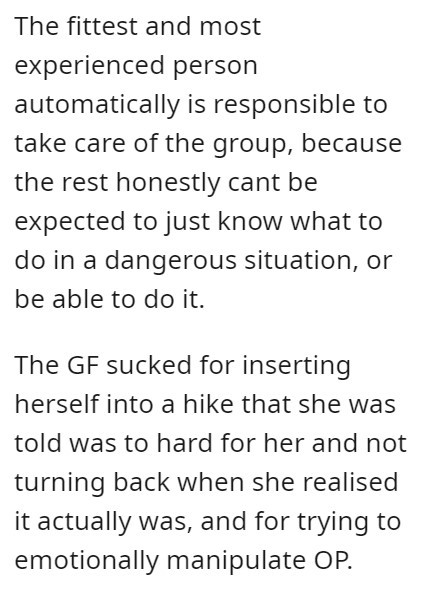 She could have gotten hurt. 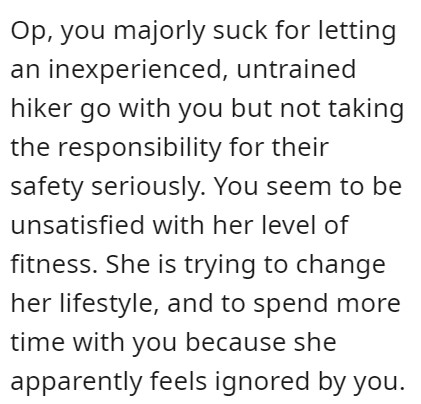 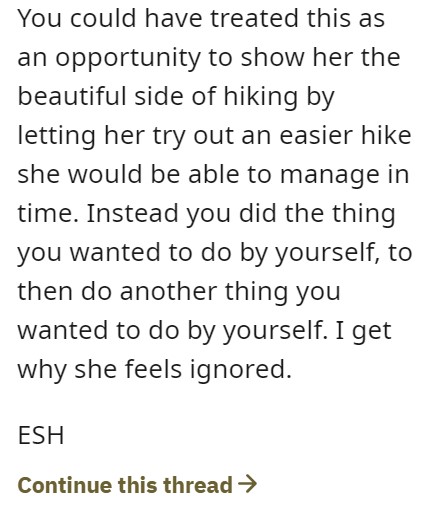 Was a mere game worth ruining your relationship for? 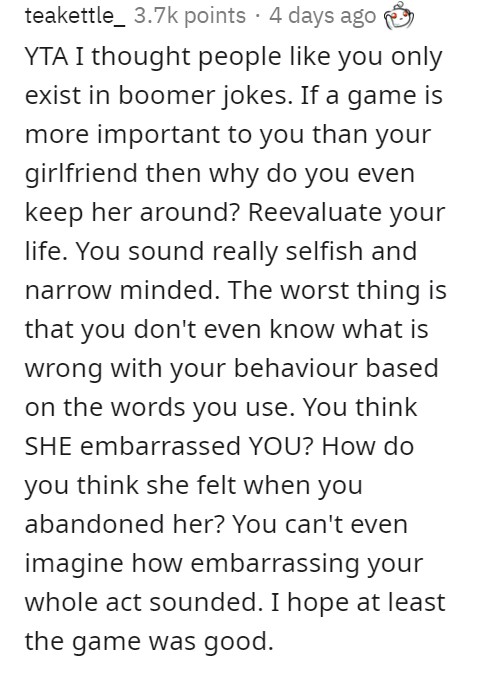 Who do you think is in the wrong here? Or do both of them need to change their behavior? Let us know in the comments down below. And don’t forget to share so others can join in with their opinions as well.