America is not the whole world.

Now I have nothing against Americans or even America as a whole but you have to admit, there are a lot of stories that make it a not so safe place for anyone who does not bleed red and blue. I am not saying all Americans are like this because that would be a lie but some of them do act abhorrently towards anyone who is not ‘white’.

At least that is what we thought. because apparently, Americans don’t think even British people are white enough which I think is quite ironic. To be honest, this whole post is quite ironic and you will understand what I am talking about once you scroll on below and take a look at what this Karen did.

I don’t think that the last line was supposed to be written that way because it sounds very wrong. 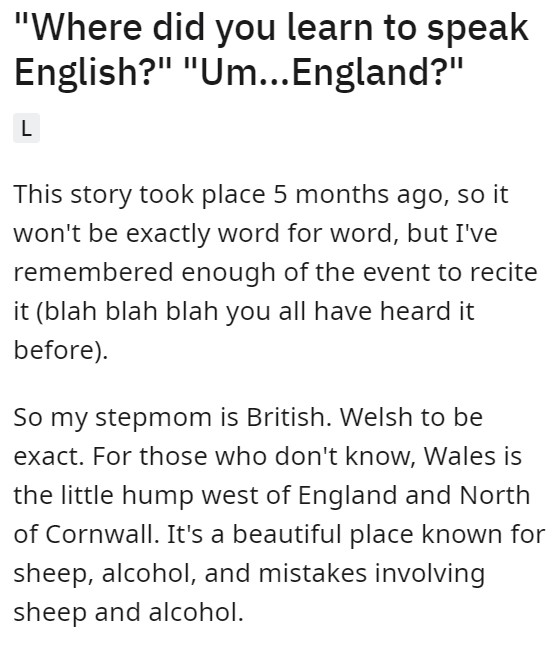 That makes a lot of sense to me. 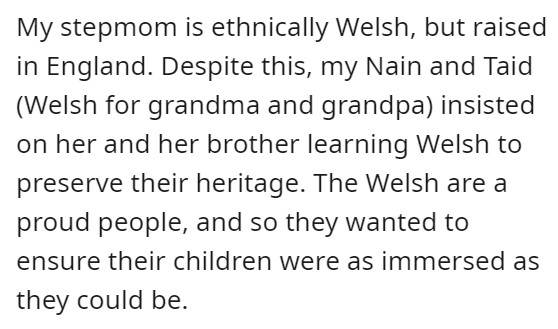 It is hard to find people who will be patient for you. 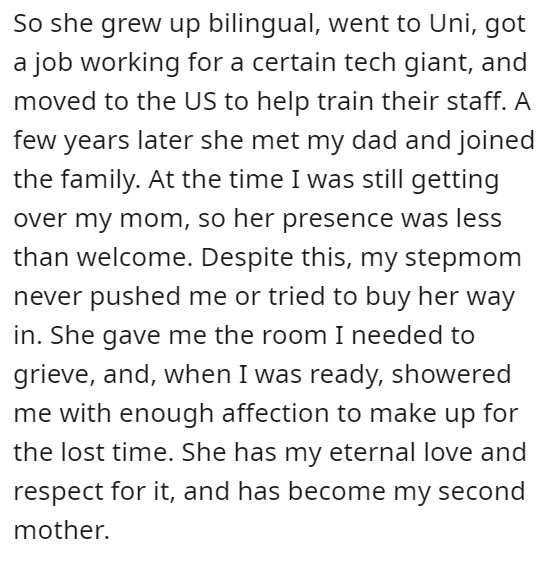 Some people just can’t handle others minding their own business.

I can see where this is going and I don’t like it. 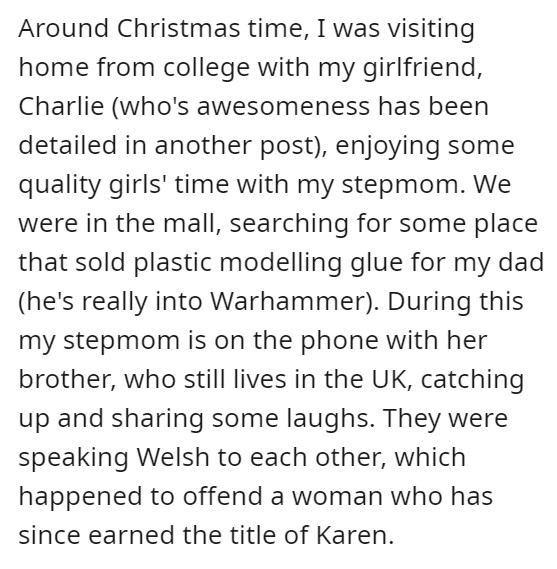 It is just another language, your kids won’t learn it just by listening to it once. 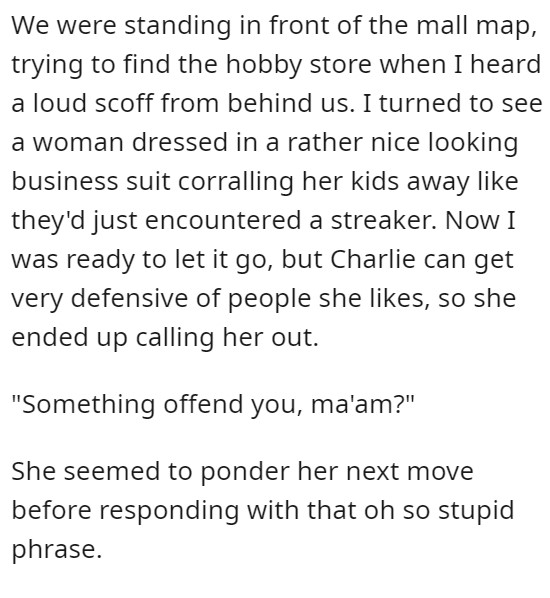 I had no idea ‘Muslim’ was a language but okay. 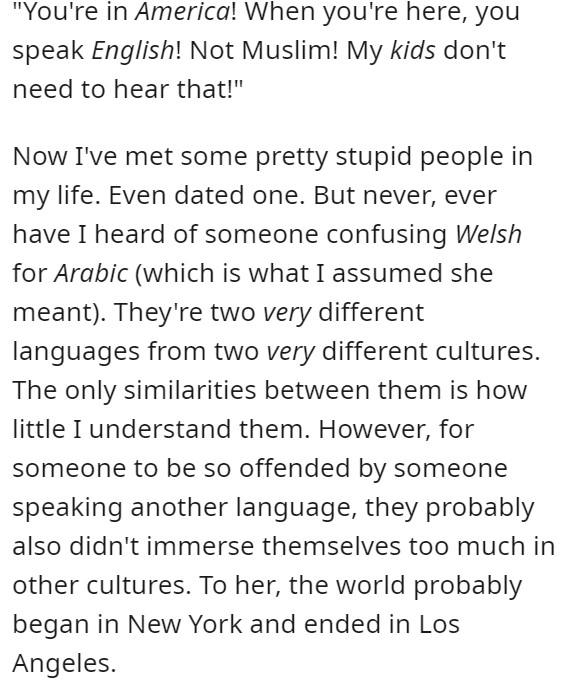 Imagine she goes to Israel and screams, “Why is everyone speaking Muslim!!!!!!” –Goatanius

I bet she doesn’t understand the irony since English isn’t really the ‘official’ language of America. 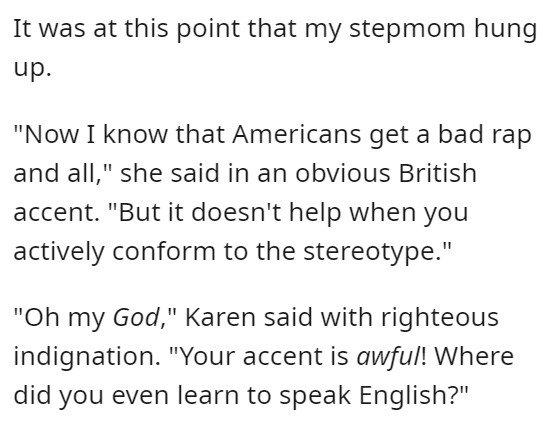 At least she knew she had ‘lost’ and walked away. 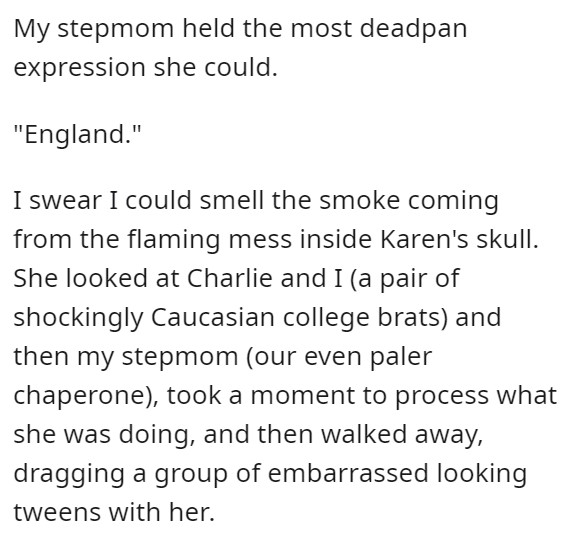 As a Welsh speaker, I’m now extremely tempted to only speak Welsh if I go to America and see how Karens react. They need to learn that the world doesn’t revolve around their incessant nosiness and bigoted ideal. –lloydcallaghan1

Why do people even get offended by this? 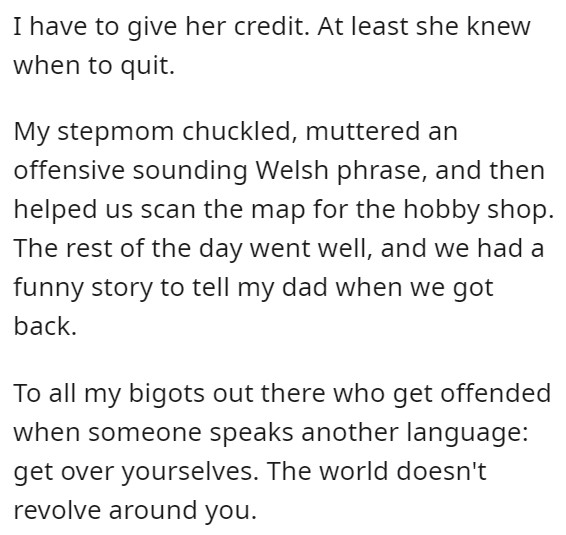 Speaking more than one language is awesome! And it requires hard work and dedication. 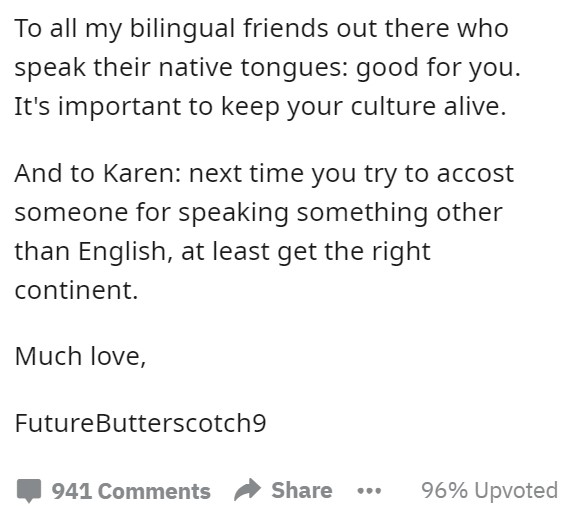 I have nothing to add to this. Do with this ‘fact’ what you will. 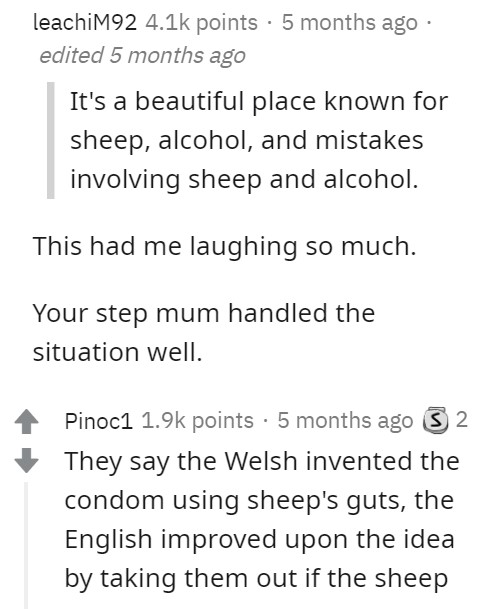 And how is speaking Arabic considered bad? 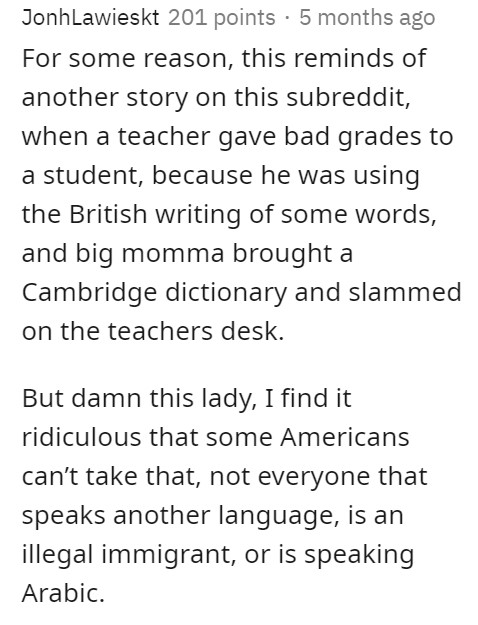 I worked in an Italian restaurant in the US and was speaking Italian to a costumer. This city-billy down the bar says “I sure hope that was Eye-talian, not Mexican?”

I asked my coworker loudly, “Mexican? Hm. Amy, do you know where they speak Mexican?”

“They speak Spanish in Mexico, I don’t think Mexican is a language.”

“There we go, ma’am. I definitely wasn’t speaking Mexican then.” –DrunksInSpace

Maybe that is the reason behind this? 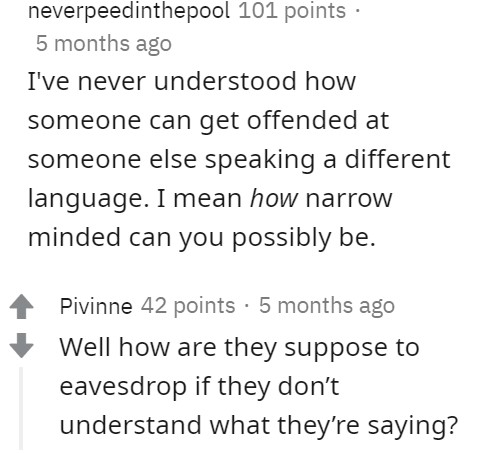 Do you speak more than one language? And if so what are the reactions that you have received? Let us know in the comments below.