One’s actions are on them.

No matter what life throws our way. What we do after that, how we react to it is on us and we should be held responsible for that. And that is how the world works. However, there are many people who think that just because they are experiencing grief, they can shirk their duties and nobody would say anything. This especially happens a lot when it comes to single parents whose partners have passed away.

It is never good to see little kids having to step up to the plate because the adult in the relationship wants to do nothing with taking any sort of responsibility for their actions. This particular Father has taken it to a whole new level. Not only has he clearly ignored his role as a Father but also made his son step into the role of a pseudo parent. And this is never okay as you can see from the whole story below.

This teenager has never minded taking care of his younger siblings which is admirable. 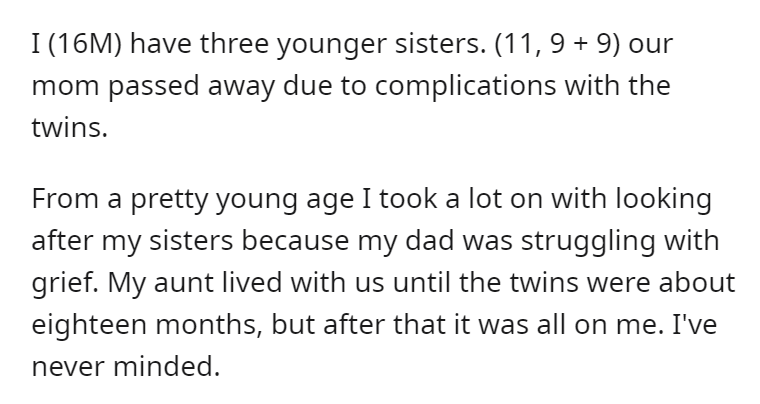 Calling their brother a sort of mother has even become a joke in the household. 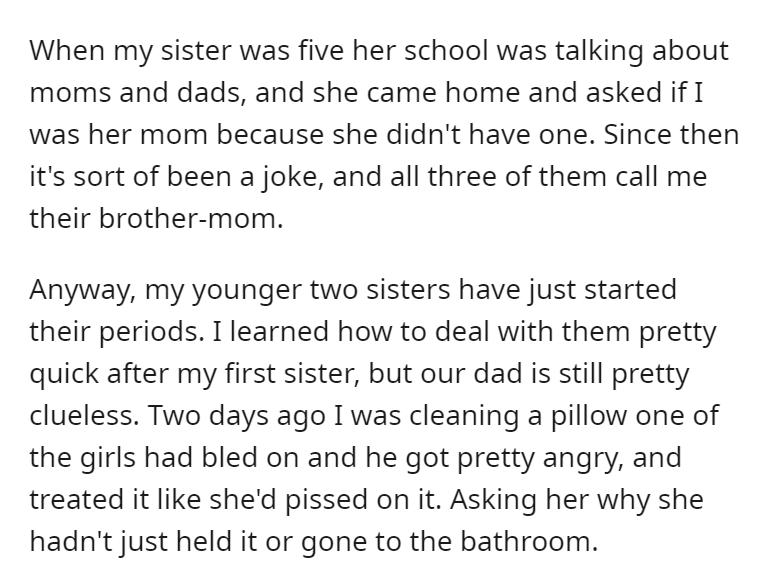 He had enough of all the bull he had to deal with every day. 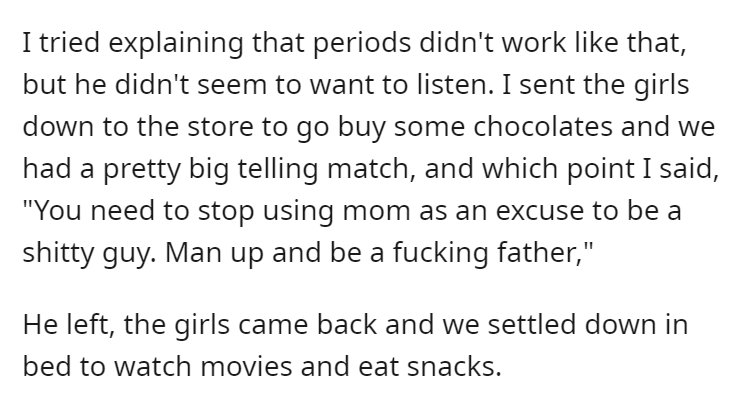 So he came right out and said the truth which his Aunt didn’t appreciate.

The Father did apologize later but it might be too little too late. 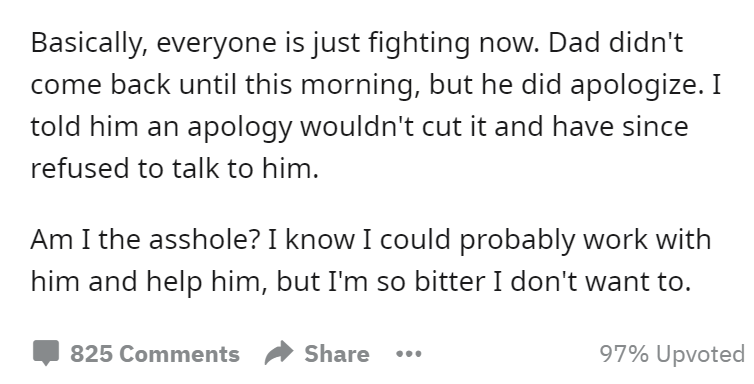 It’s been ten years. it is a long time to get your life back in order. 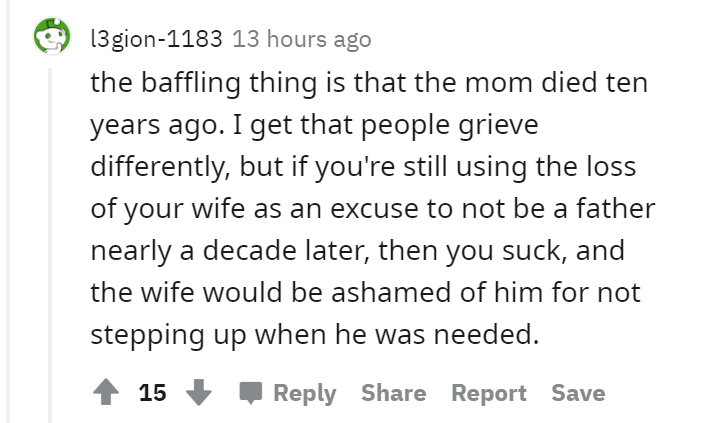 Neither the Aunt nor the Father is right in this situation. 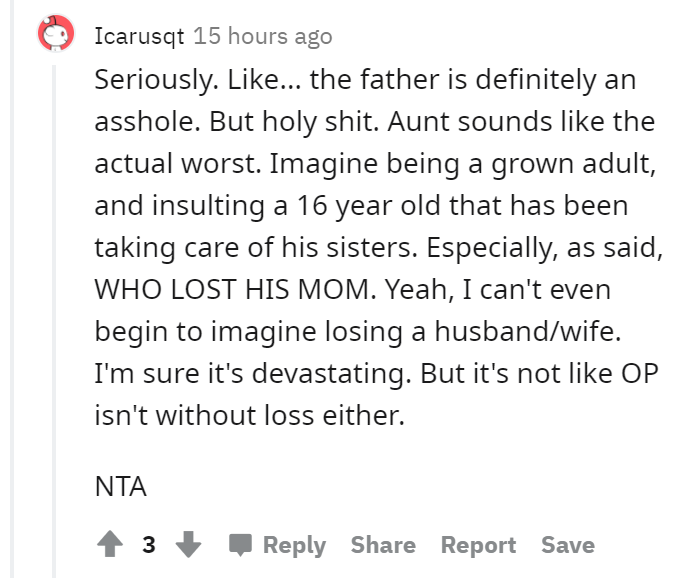 NTA. I think it’s messed up that a 7-year-old had to take on such a huge responsibility. I understand losing a life partner, but you get therapy. You don’t lean on your child to make sure they keep three other kids alive. Your aunt is also AH, she saw this and did nothing. Where was everyone when you also needed to grief? Why is it okay that you get the short end of the stick while your dad gets away with doing what he did for so long? My heart goes out to you.

You went from barely being a child to being an adult figure to three other helpless children. And you had no one in your corner to help you with anything. You don’t have to work with him and help him. He needs to man up, acknowledge that he has 4 kids to raise, get therapy, get better and raise his siblings. You’ve already done the hard part. You deserve your own life. What your dad did to you, is a form of abuse. And if no one tells you, thank you for stepping up and being a stable figure in your sister’s lives.

You might not get recognition right now, but you will when the girls are older. –Yellowsunflowerlover

They need to grow up and act like adults. 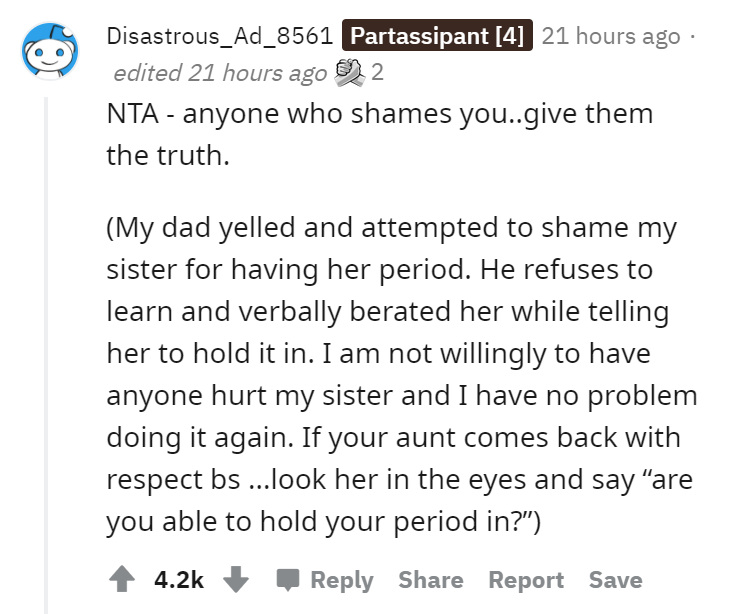 It is not this teenager’s job to act as a parent to his siblings. 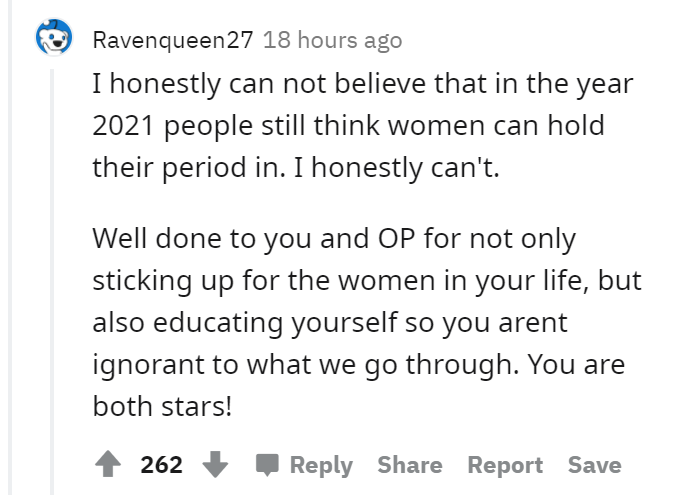 Most of the Reddit comments agreed on the fact that he did the right thing. 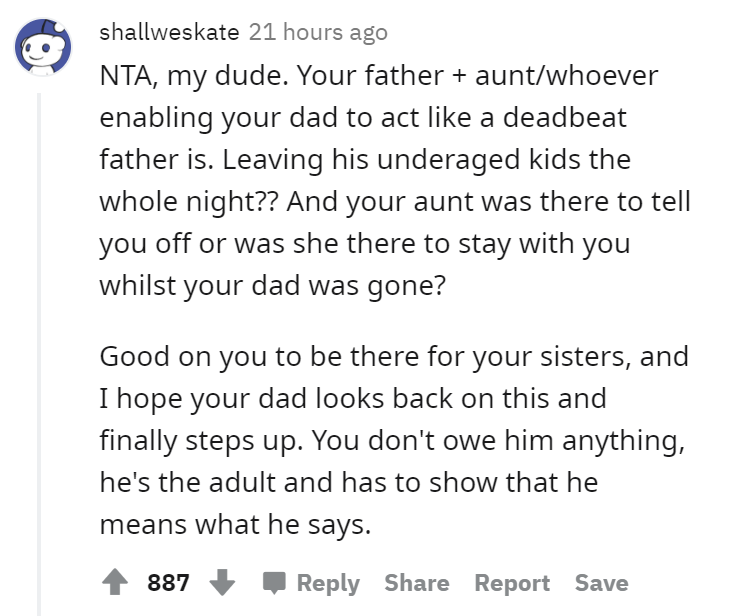 And some even pointed out how this is a type of ab*se. 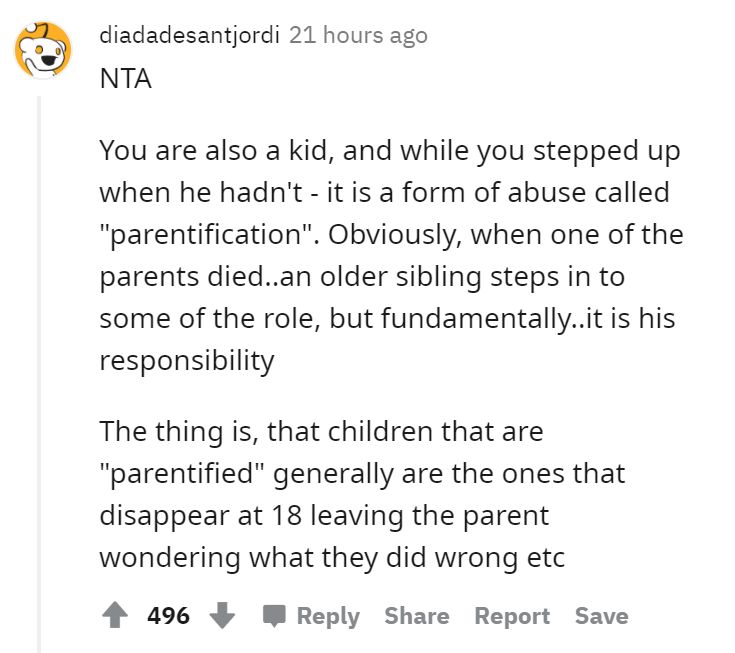 He has no excuse to act this way. 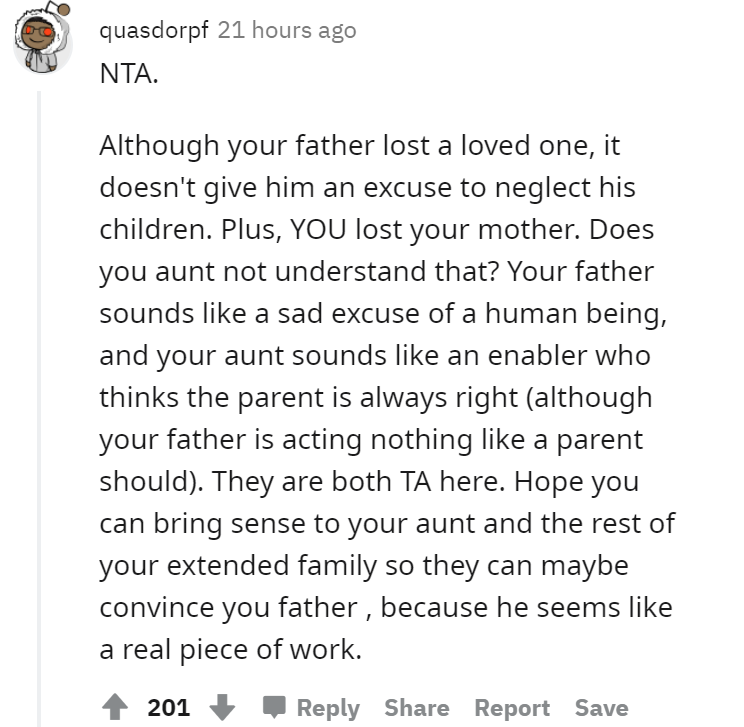 Losing a wife is heartbreaking but neglecting your kids and making the oldest (at 7 years old I believe) take on a parent role is worse. Yes, he lost his wife but his kids also lost a mother. Not to mention he left you guys by yourself the WHOLE night. It seems like you guys also don’t have a father. Btw I’m so sorry for your loss. –loren357

The brother is the only one acting like a proper adult in this situation. 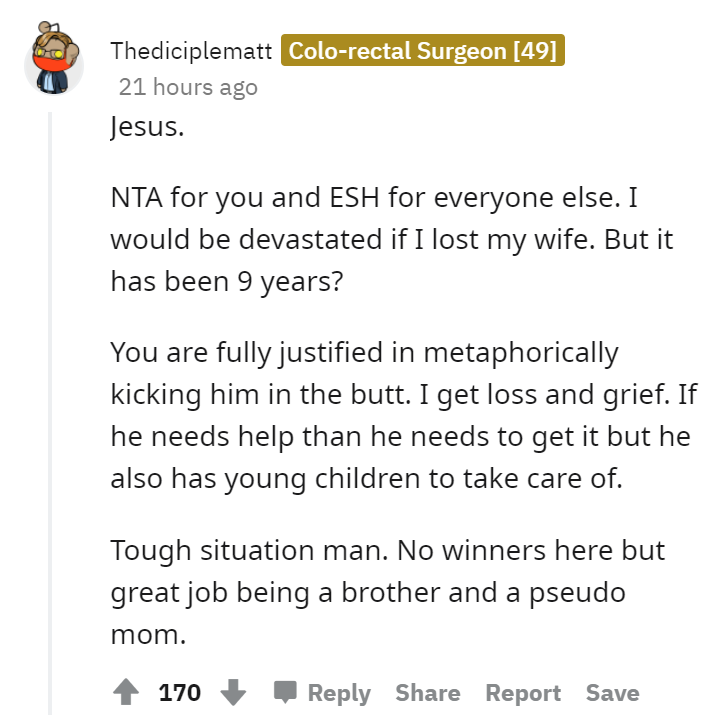 How would you deal with this sort of situation? Voice your opinion in the comments below.