This is why you don’t give out your number to strangers.

I know many people like to moan about how it is unfair girls don’t give out their number easily but this is why. I am not saying every guy is like this but there is a reason girls get scared to give out their personal information to strangers. However, this isn’t only the fault of guys and their upbringing.

It is also because of ‘romantic’ movies. And why would movies be at fault? Well, have you seen what the cinema has been putting out recently and calling it rom-coms when these movies show the most toxic relationships ever. Perhaps this is why many girls think being treated this way is okay and that love at first sight actually exists.

This is the start of the conversation and it seems normal enough at first. 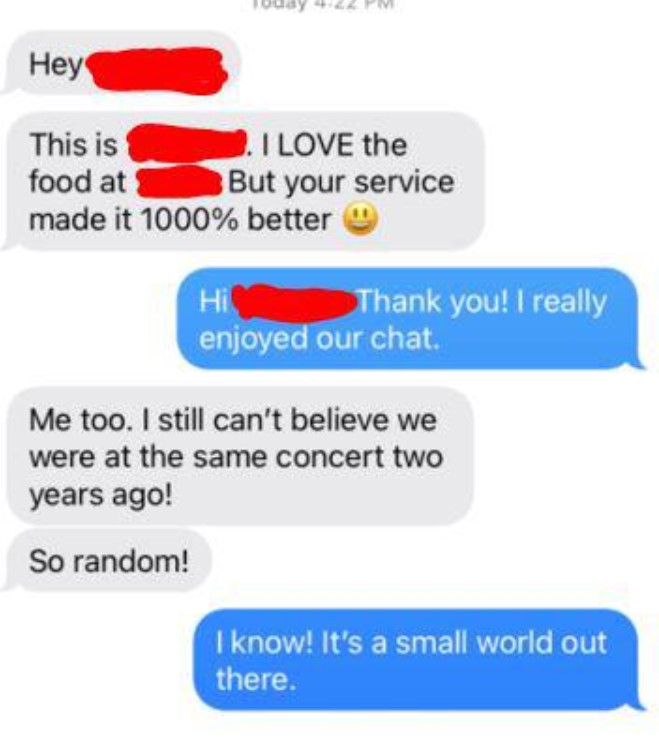 And it is also clear that she just might be a little bit interested in going out with him. 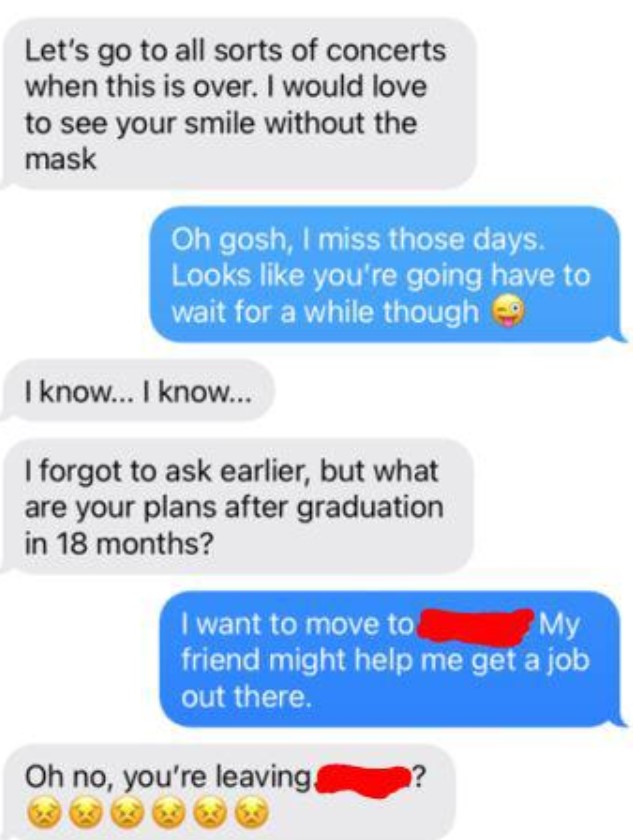 However, that goes down the drain the moment she tells him she is going to move away. 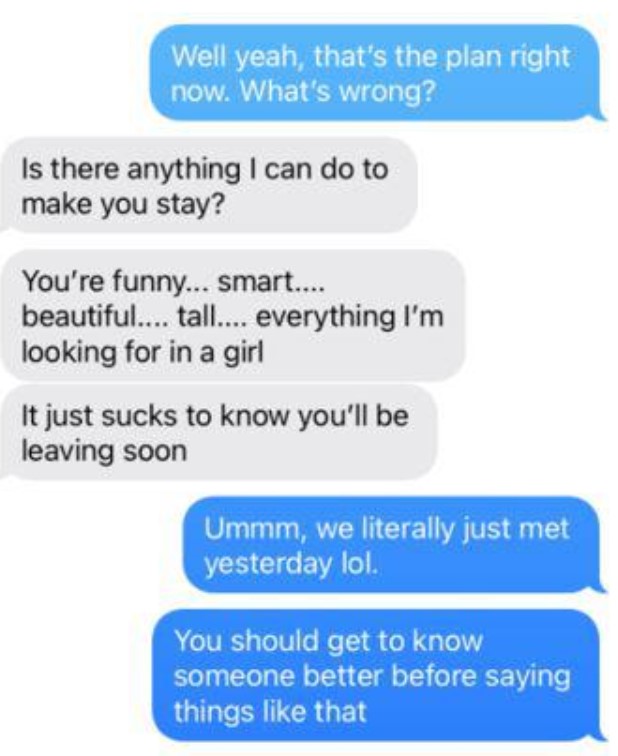 Does he think he is the main lead of a romantic movie? Because things don’t work like this in real life. 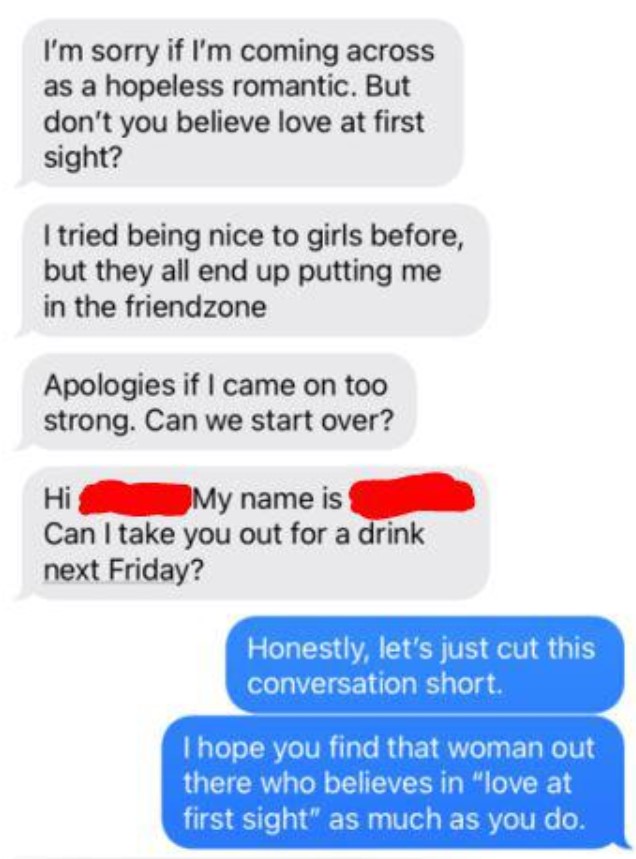 And that is when he reveals his true colors and threatens her with a one-star yelp review. 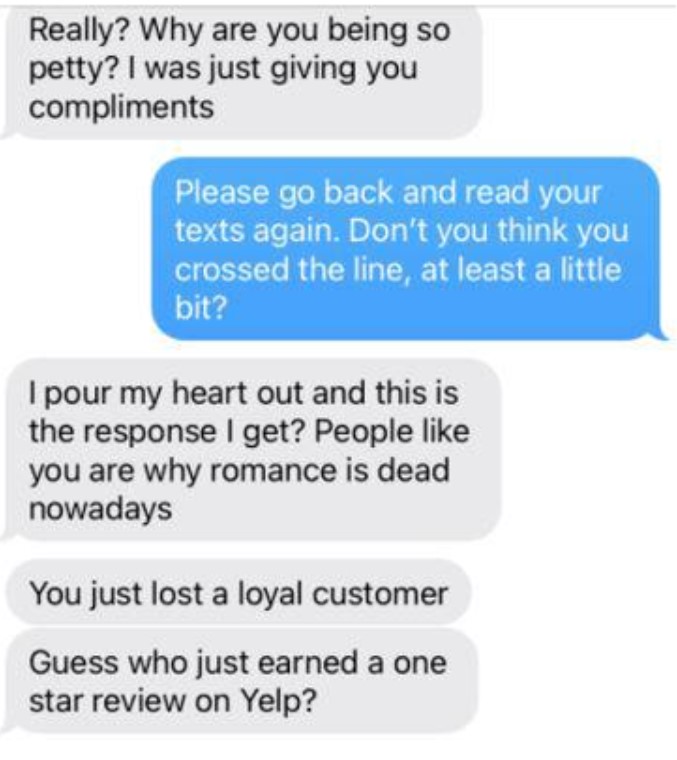 I would say $15 dollar is a pretty good deal to dodge this bullet. 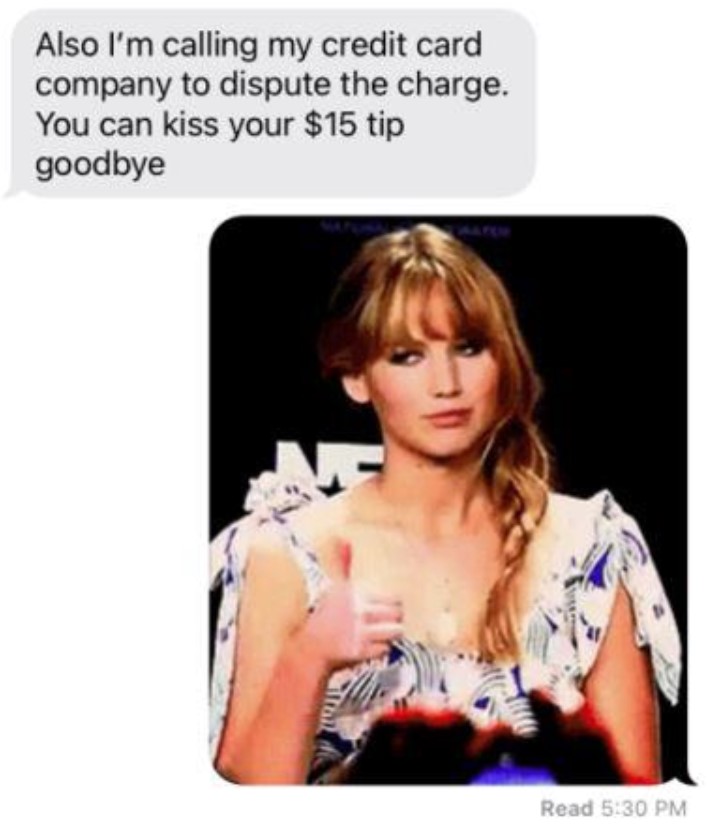 If only they did, these people might get some sense knocked in them. 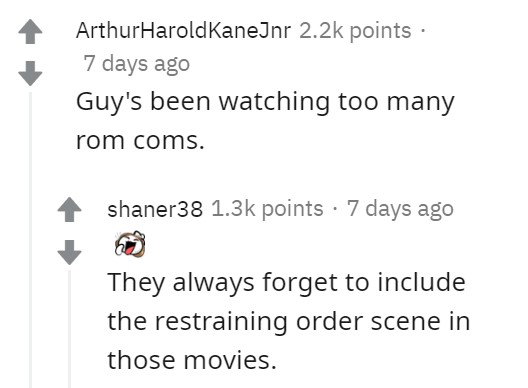 Apparently, $15 dollars as a tip means he was owed something more from her. 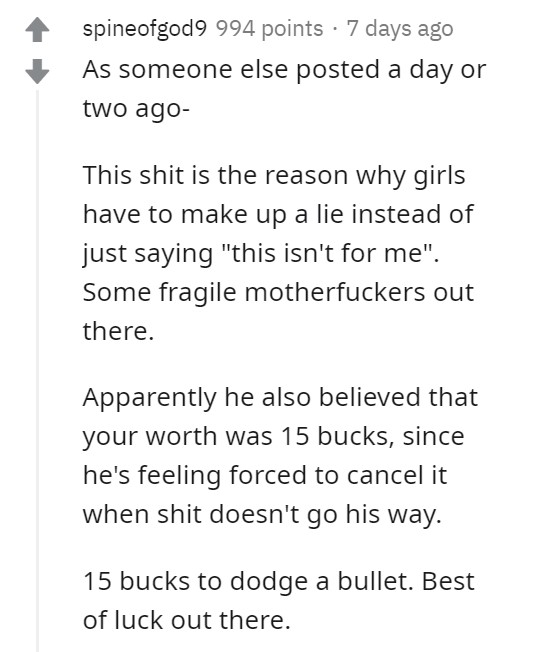 For a $15 tip, I expect a waitress to move in with me and abandon their life plans. –Thymeisdone

She also explains why and how she gave out her number, he seemed nice enough. 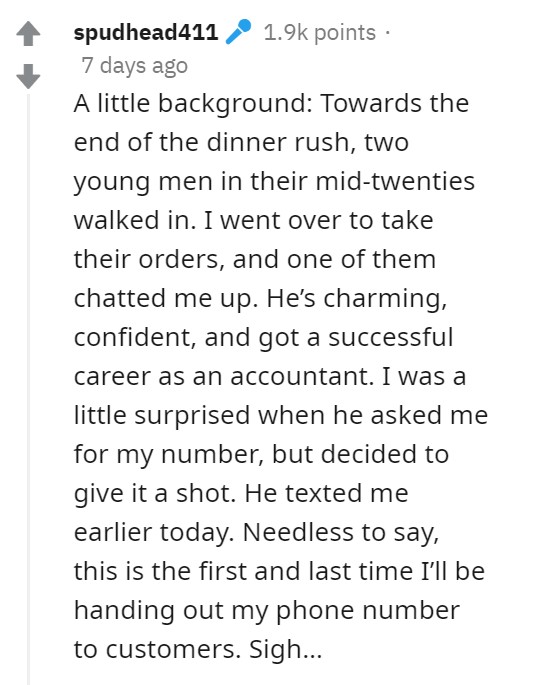 This just goes to show how dangerous a simple thing can be. 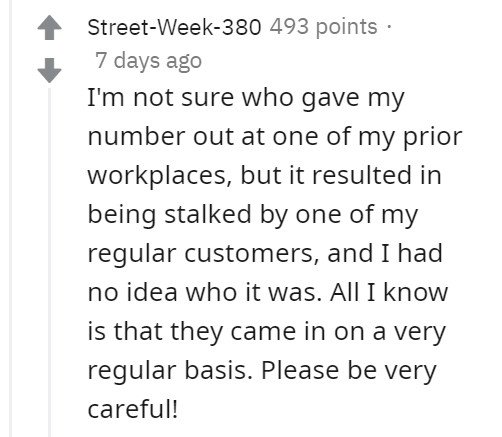 The “friend zone” is a misogynistic concept made up of s**ually frustrated, narcissistic, manipulative straight men who don’t believe in cross-sex friendships and see a woman as nothing more but a s*x object. They’re the same kind of men who won’t even befriend other men unless it’s for ulterior purposes, e.g. money or connections. For them, every relationship has an ulterior motive that must tip the balance of the relationship into their “favor”. In other words, they only want to exploit people.

Believing in the “friend zone” is a blatant confession that you believe you’re entitled to another person’s body regardless of their own feelings on the matter, which boils down to coercion. This guy has that mentality in spades, as do all Nice Guys — he thinks that in exchange for a smile and $15, he now has legal ownership of this woman. He doesn’t care about her aspirations or feelings as evidenced by him telling her categorically “do not move, because I don’t want you to move.”

This isn’t just a big red flag in strangers by the way, but also when anybody, even a relative, tries to get you to move for their benefit and at your disadvantage. That’s hardcore narcissism. Or when they hold petty gifts over your head in order to guilt you into obeying them.

These kinds of people don’t have friends, because real friendships are based on mutual trust, compassion, and an unspoken moral obligation to check on each other and support one another. Assholes like this guy are incapable of grasping that. –Sailor_Solaris

It could have gone pretty smoothly if he had been a decent human being. 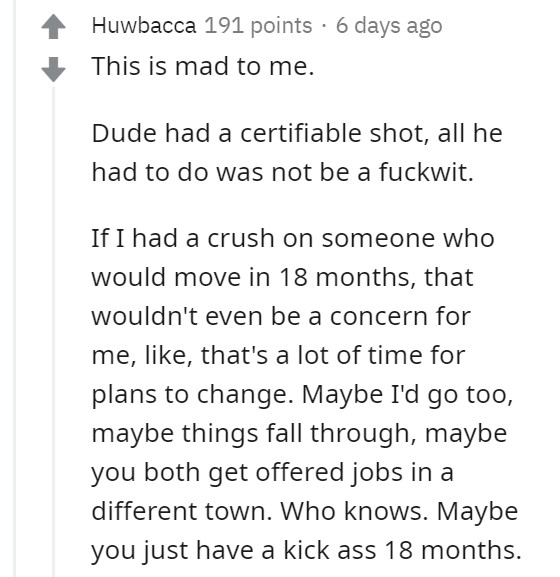 But no he just had to go and be creepy. 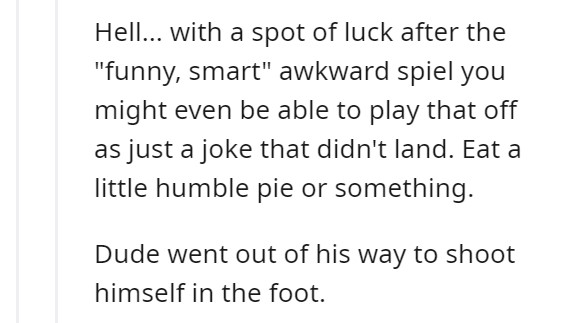 How do you usually deal with these sort of guys? Let us know in the comments below and don’t forget to share so others can join in with their experiences as well.