Having good neighbours is a blessing.

When you move to a new place, you don’t know any of the people that live around your house. You slowly get to know them and if your neighbours turn out to be nice, your life gets easy. However, if you have obnoxious or mean neighbours, your life is about to get very difficult. As a community, we should grow together and help each other out. But some people just can’t co-operate and live peacefully. If you have noisy neighbours, you know the value of a good night’s sleep. Then there are people who can cause you financial damage as well through their nuisance. Moving into a new community also means you will get to meet some people who consider themselves the leaders of the area. If those people are jerks, you’re in for a hard time.

This guy bought a house with the intention of improving and reselling it. He didn’t realise what he was getting himself into when he met his neighbours, but he gave them a taste of their own medicine. Scroll down below to read the whole story:

He met his next-door neighbours when he moved in and absolutely hated them. 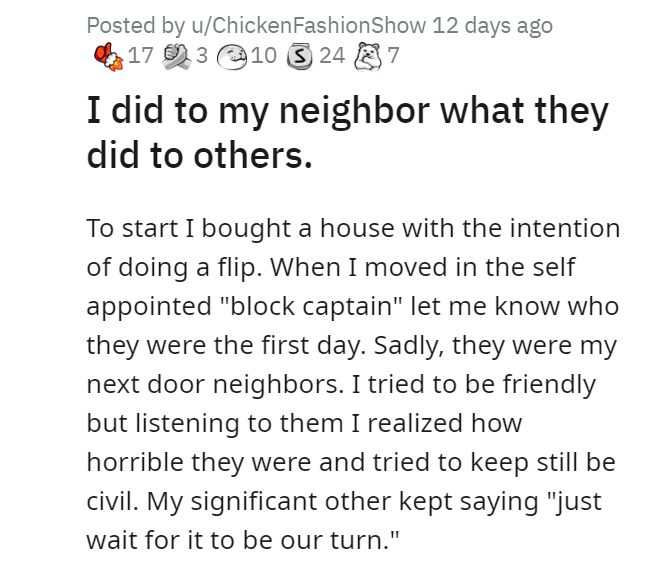 They forced people to improve their houses and threatened the community over the smallest of things. The guy suffered a lot too. 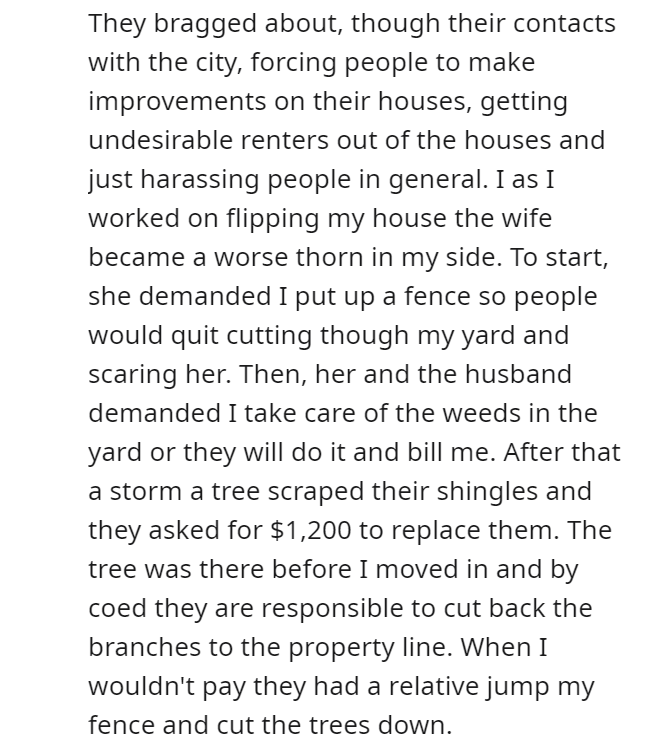 But the neighbour’s wife was taking things over the edge, so the guy decided to take revenge from them. 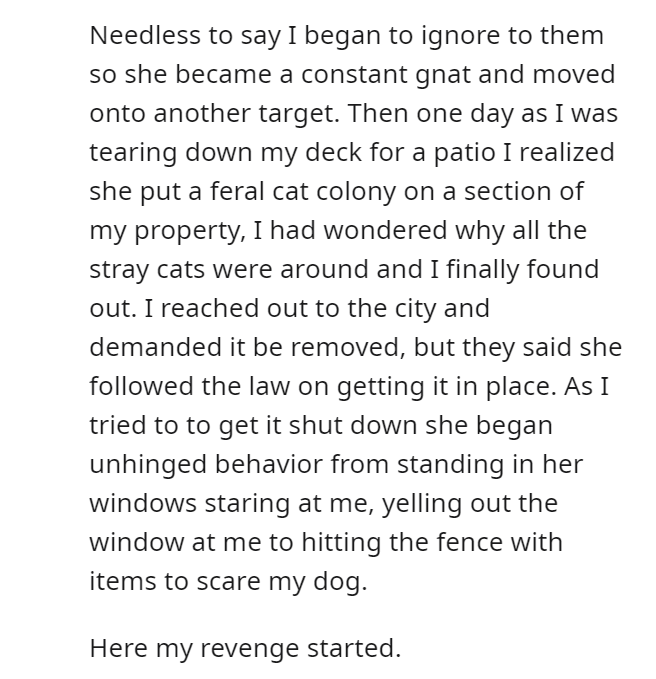 He filed a restraining order against the neighbour’s wife and took things to court. 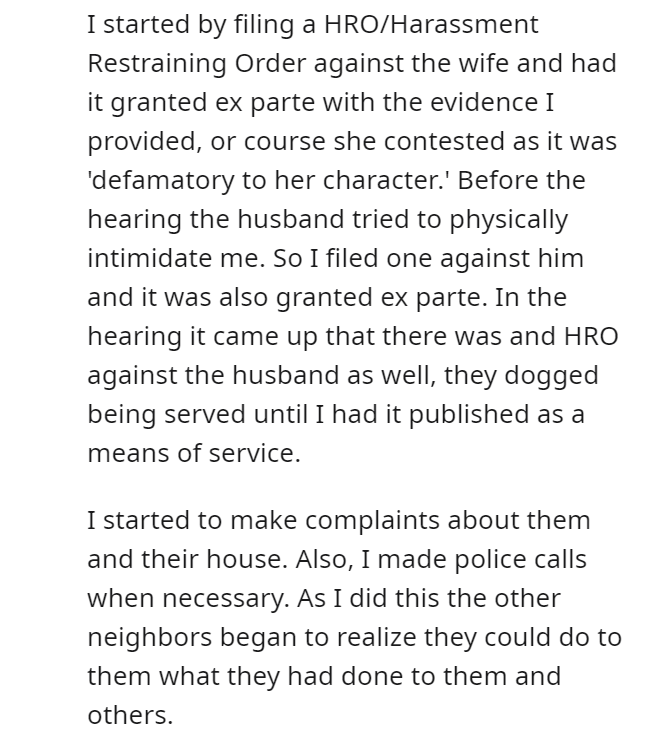 But he didn’t stop at just that. He gave them a taste of their own medicine by forcing them to make improvements to their house. 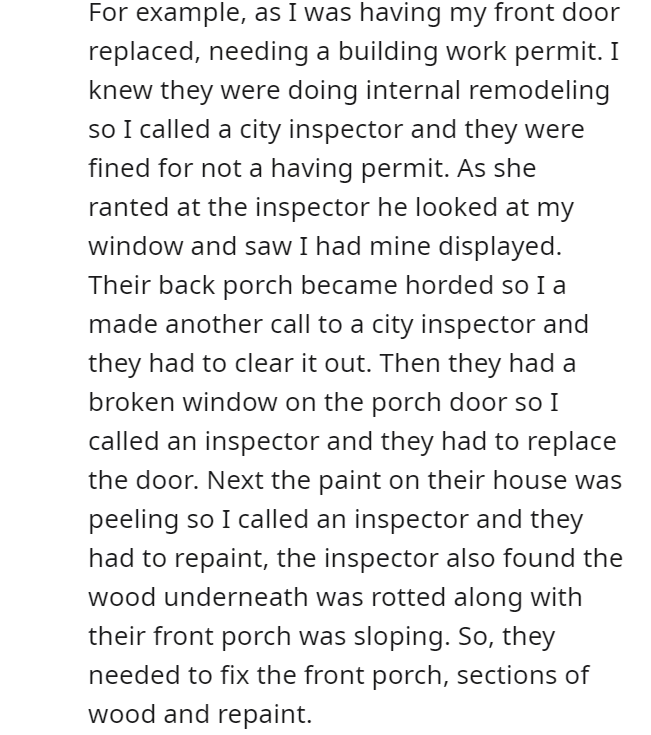 The woman also got caught stalking the guy. 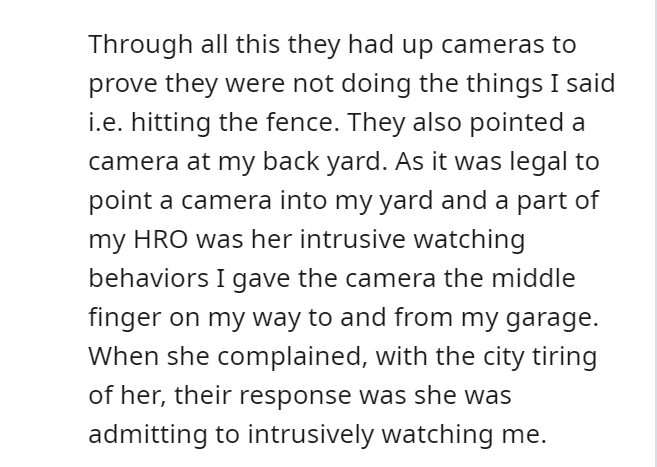 They were paying heavily for the trouble they had created. 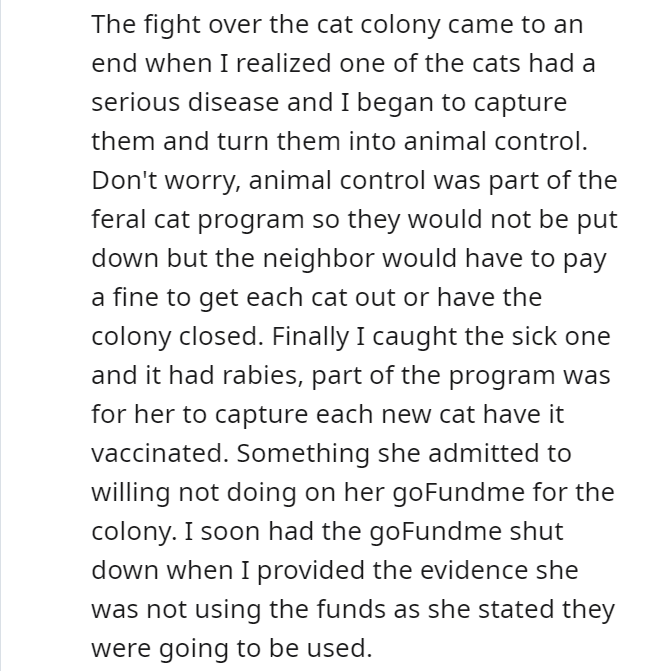 They were not considered “community leaders” anymore, for obvious reasons. 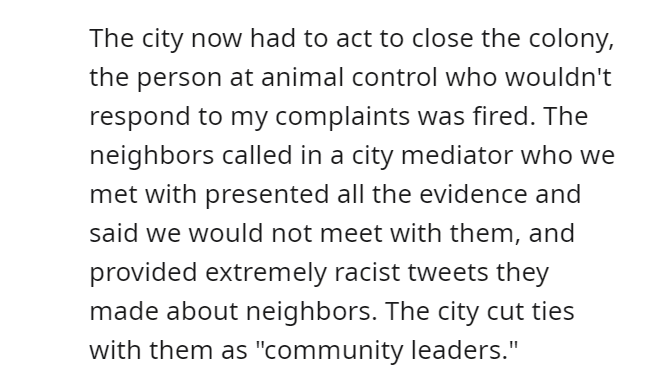 The other neighbours realised they can do the same. 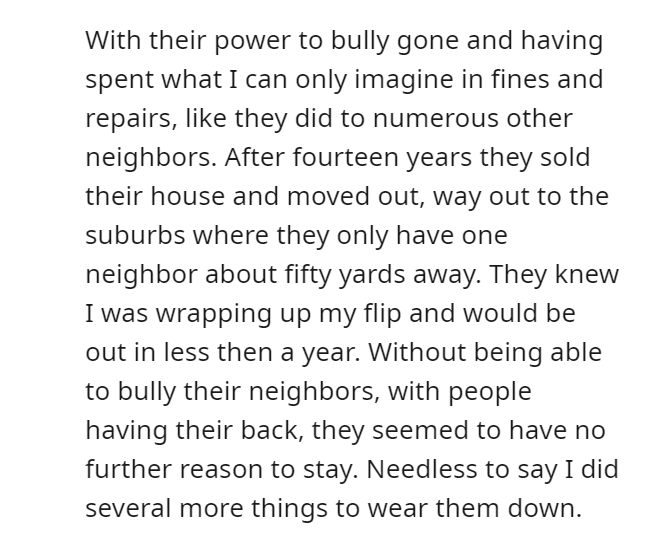 But the guy didn’t leave them alone even after they moved out. 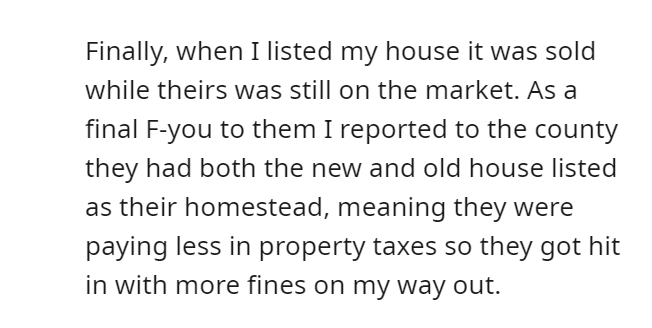 This was such a satisfying read! I love it when mean people get what was coming to them. This guy displayed the ultimate revenge strategy and he did the entire community a favour. He must be considered a hero. What goes around, comes back around. So be careful of your actions.

This is what other Redditors had to say about the ProRevenge story: 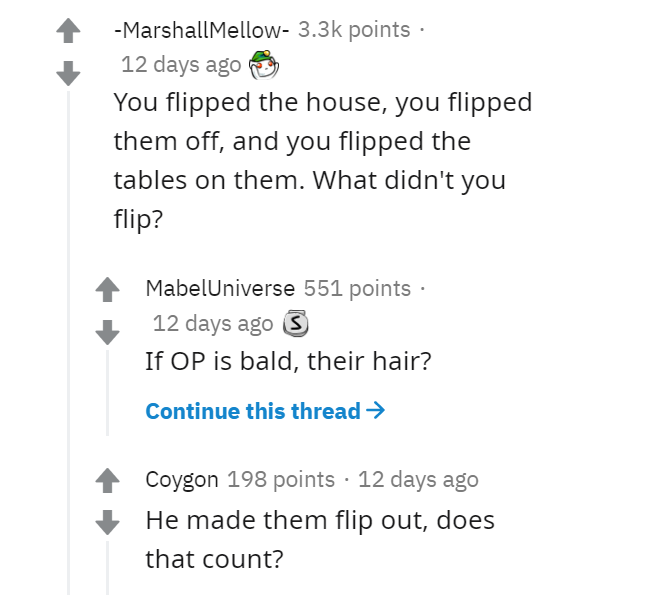 He could have gotten a whole lot of compensation for the cut-down trees. Opportunity missed. 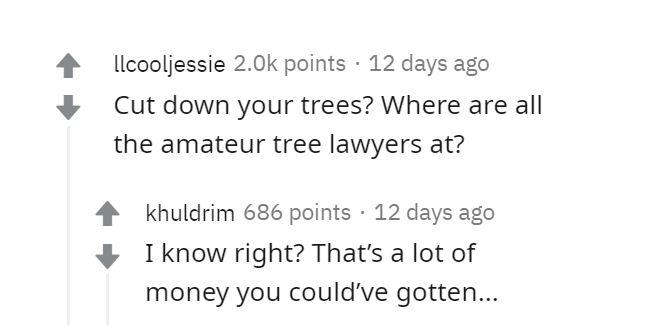 The correct way to deal with public nuisances!

He really does deserve claps.

They brought this upon themselves.

That must be a very strict government. 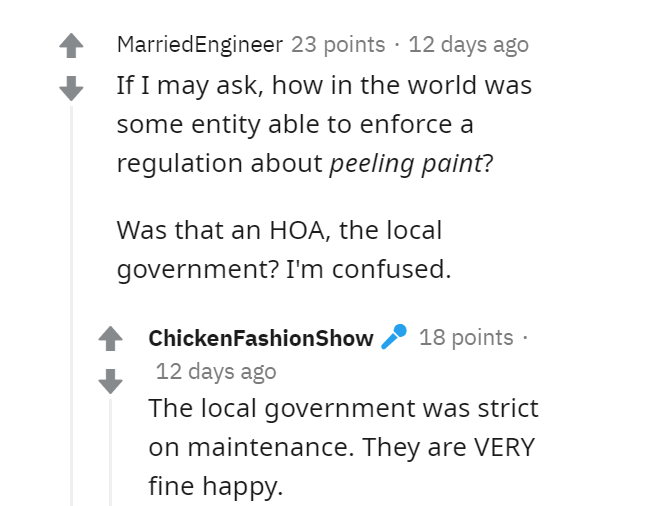 They were absolutely destroyed.

Ending things with a pun.

Do you think the neighbours deserved what they got? How would you have handled this situation? Share your thoughts with us in the comments below!