It is a beautiful feeling when you finally find love and the people who care for you and love. You can finally rest and start sleeping well. This, in the case of animals, is something very important. It is highly unfortunate how many poor pet animals get abandoned by their previous owners because apparently, they lost their love for that creature. It takes a lot for the animal to trust a human and when that trust builds, the animal honors that promise by never breaking that bond no matter what happens. Despite being the most adopted animal in the world. there are about 6 to 8 million dogs that still end up at animal shelters because either they got kicked out of their house or were rescued as a stray Out of these 6 million dogs, 3 million get adopted every year which is a beautiful thing and we respect all that they do for these innocent souls but the other half, unfortunately, gets euthanized because there is no place in the shelters to keep them.

Dogs deserve nothing but the best from us because they always put in their maximum to make sure their humans stay happy, healthy, and feel loved. And when the superhumans decide to help these dogs out of stress, the happiness on their face is worth every decision made up to that point. They look the happiest. After all, they finally got their forever homes and a family to love them forever.

Today let’s enjoy some before and after pictures of dogs finally finding themselves the best families ever.

1. Meet Scarlett who was adopted by a little girl just days before she was ordered to be euthanized due to a skin disease. The adoption decision worked out perfectly and she is happy and healthy at her forever home. 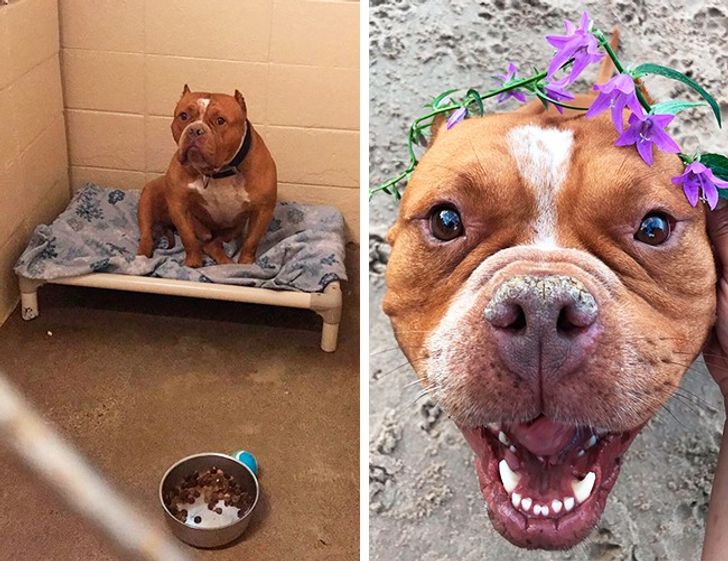 2. This is Penny. She weighed only 6 pounds at the time of adoption. Just a month later, that food cannot stop enjoying food. She is happy and loving life. 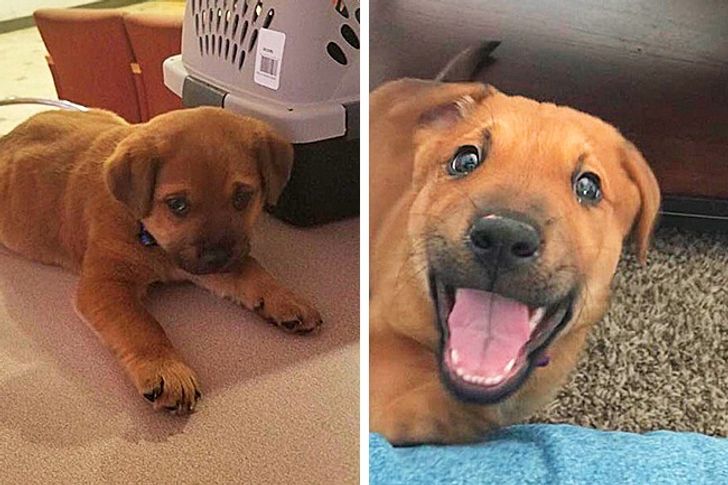 3. Pillow was diagnosed with cancer in one of its legs. A superhuman decided to adopt her despite the low chances of survival and helped her defeat the disease. Pillow is now living happily with her new owner and their other dog Daizy. 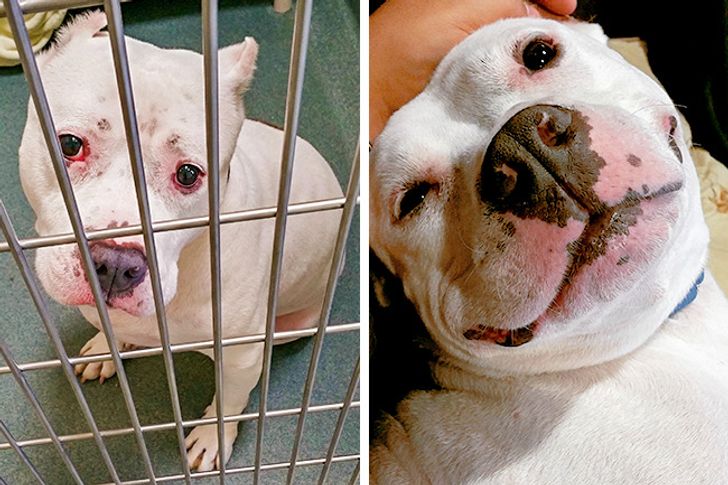 4. Look at how quickly the emotions change, from being a terrified, shy little baby to sleeping on a comfortable bed like it  owns the world. Cute. 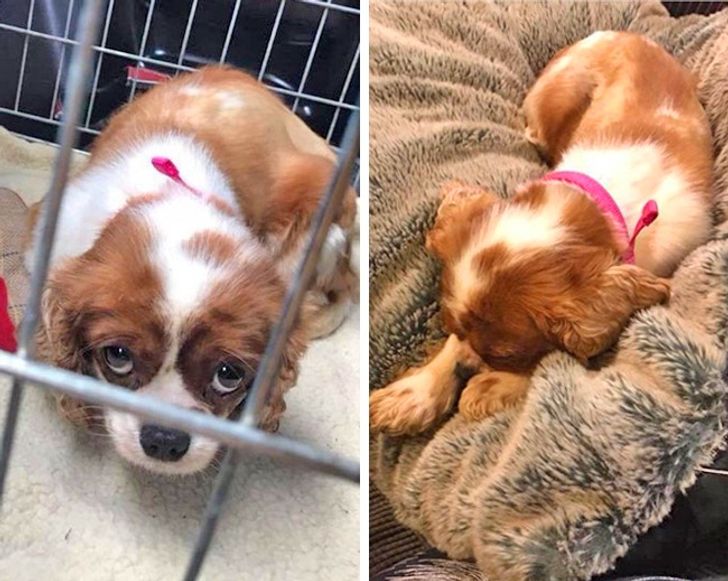 5. This skin and bones were found and adopted 7 years ago. The transformation is unbelievable. 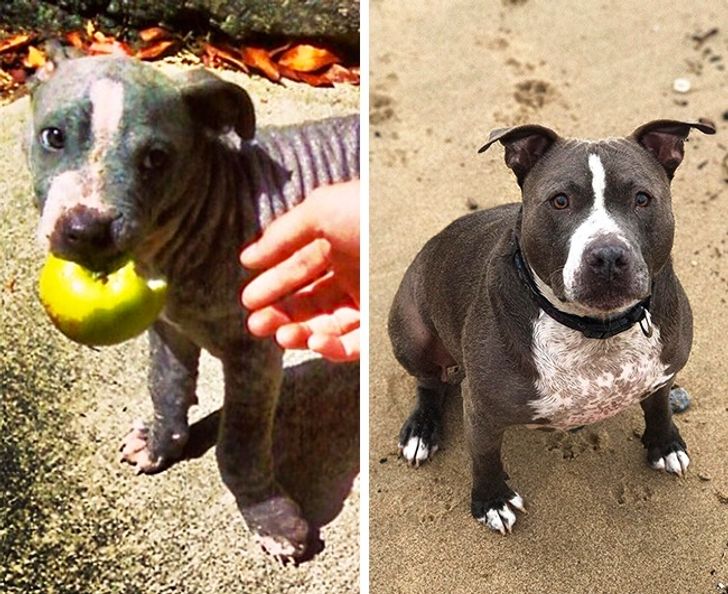 6. Meet Palmer. You can tell she was not having a good time at all at the shelter because after adoption, she cannot control that glowup. 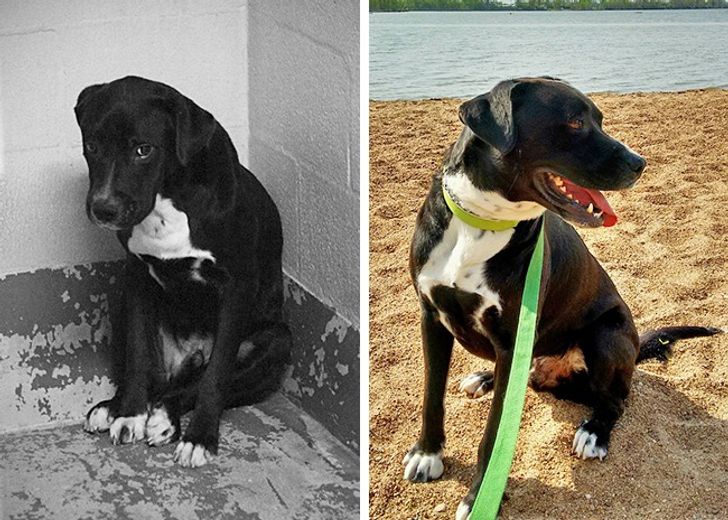 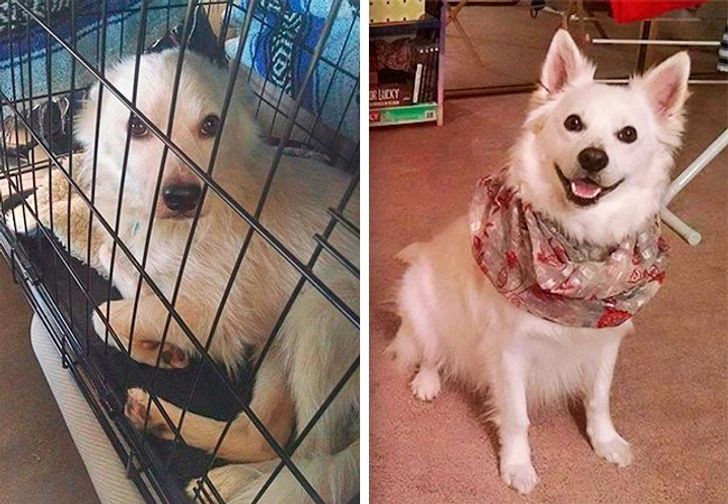 8. You can see, they only need love and nothing else. And when they get the love, they glow like none other. 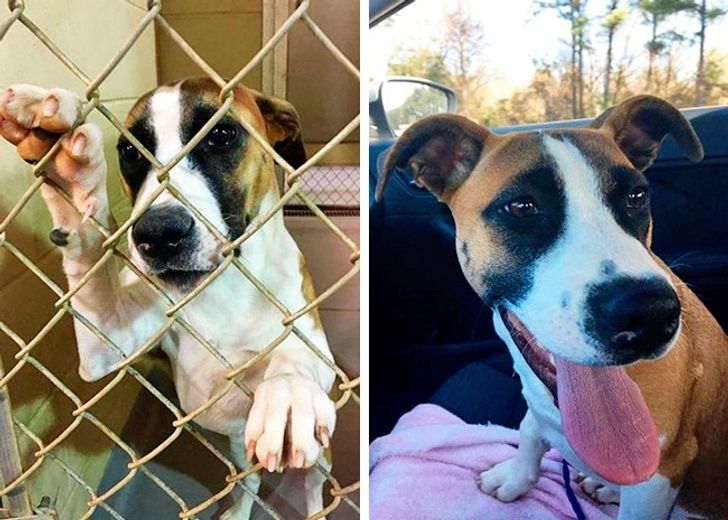 These pictures are so emotional. You can just look at the before pictures and see so much pain in the eyes of those dogs, I feel so bad that they had to be in that position. I am happy that these creatures got adopted for the good and are now living a happy, healthy life but that’s how  it was always supposed to be. They did not deserve to go through that process of pain.

I hope you guys are enjoying these wholesome moments so far. Scroll down below to continue!

9. What a difference love can make. 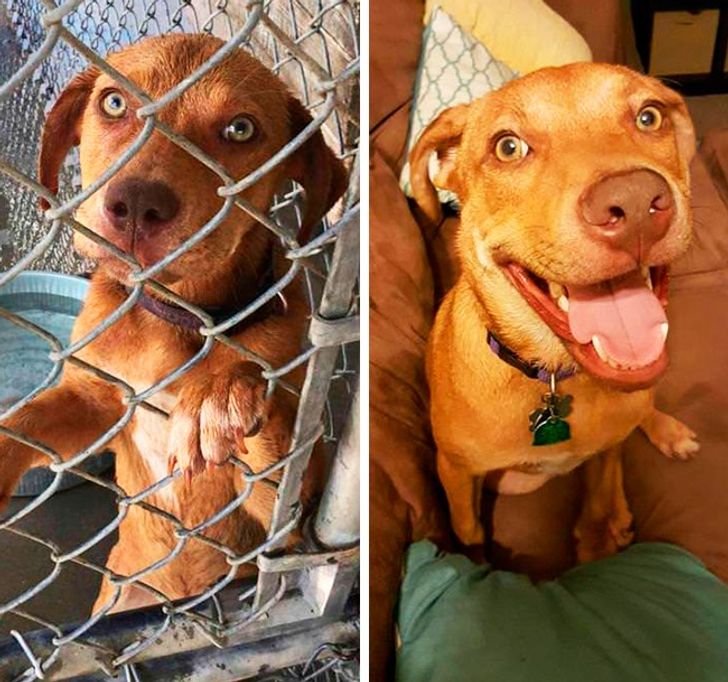 10. Ziggy was really shy and had trust issues at the time of adoption. Look at it now, confident and happy. 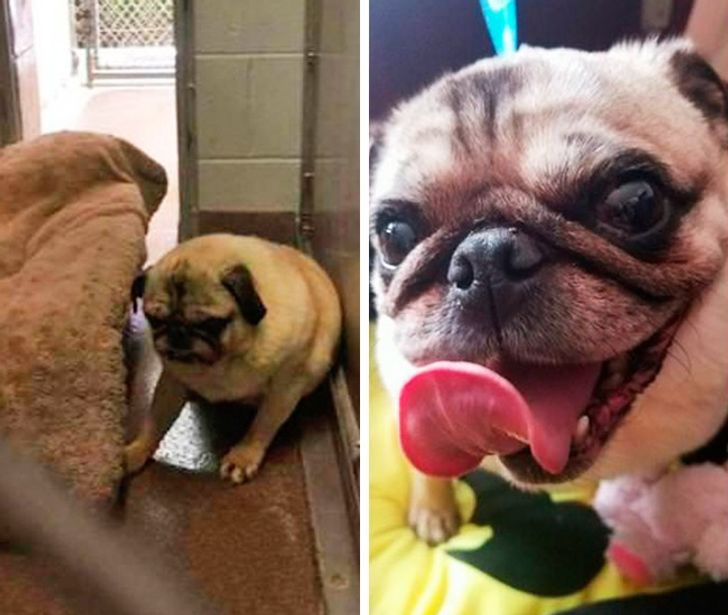 11. From being left with very little hope to being pumped with excitement and joy, adoption is bliss. 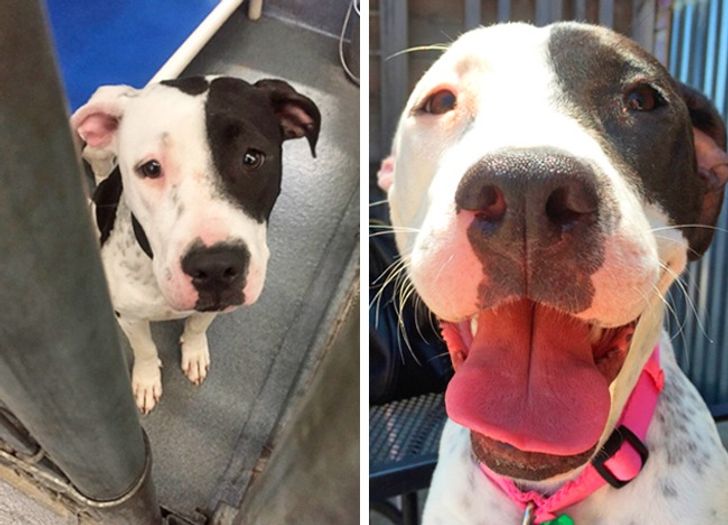 12. This is Clover. Her euthanization was interrupted by a superhuman who adopted her and turned her life around forever. 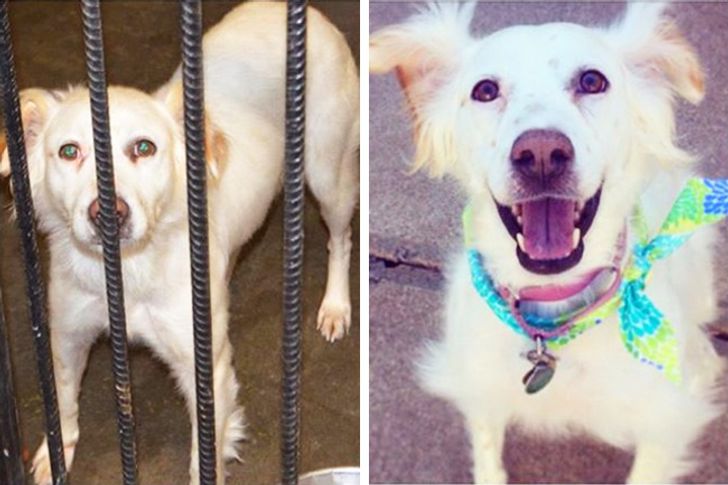 13. Butler once had no confidence even to leave his cage, now cannot stop playing outside every day. 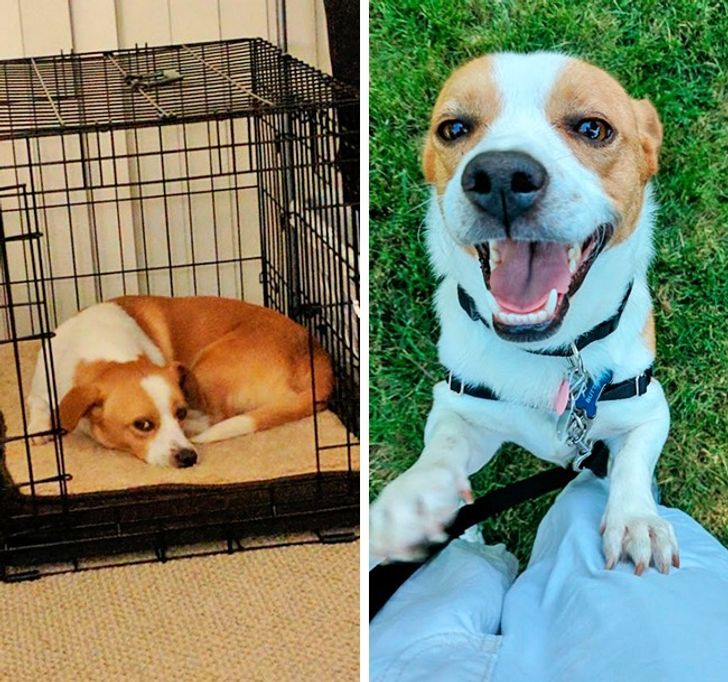 14. He couldn’t believe it when his owners came to adopt him. Life was never the same again. 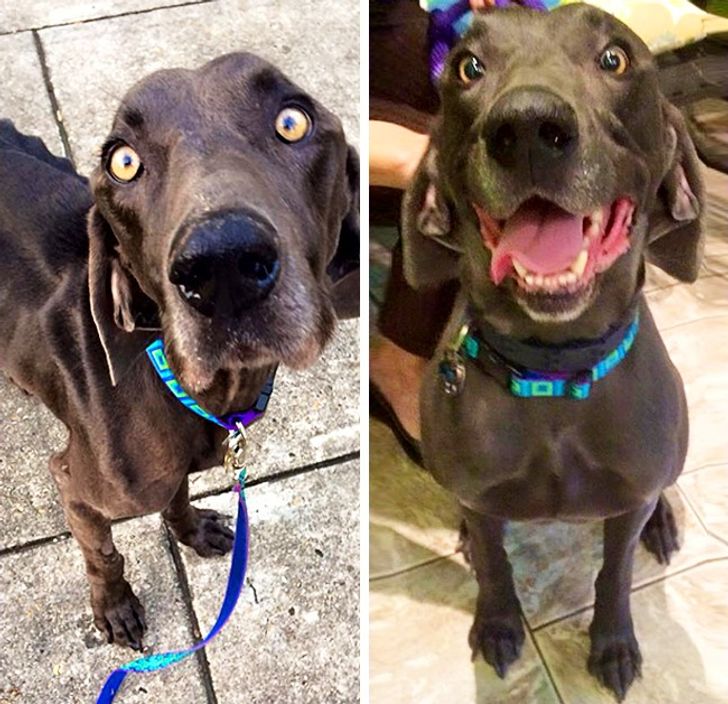 15. I am shocked to see how such a cutie ended up in a shelter. 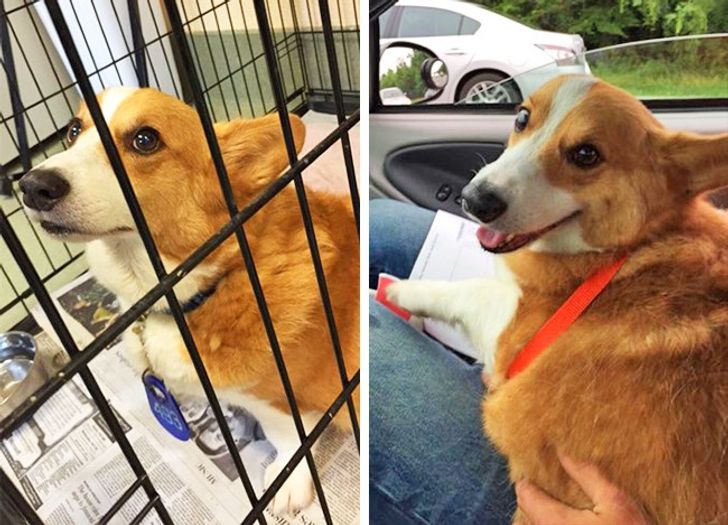 16. When you do your waiting, you get the best results. 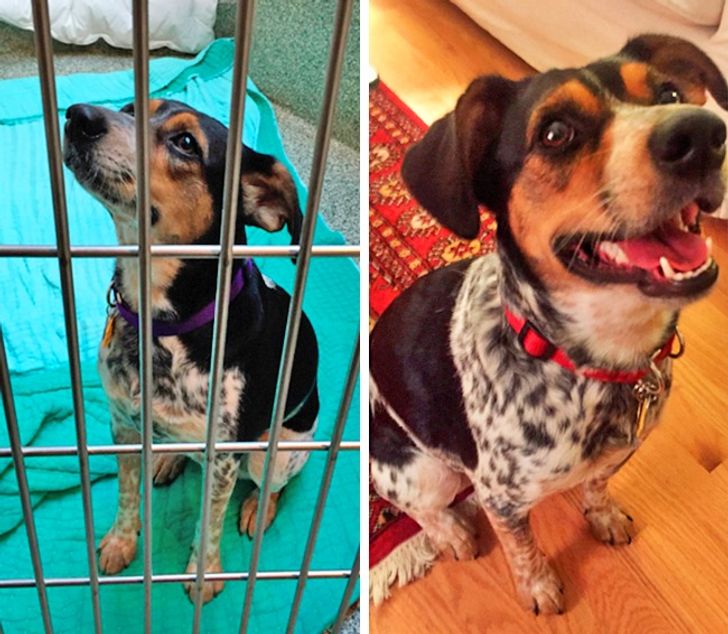 17. Our cowboy is having a really good life after its super parents adopted it. 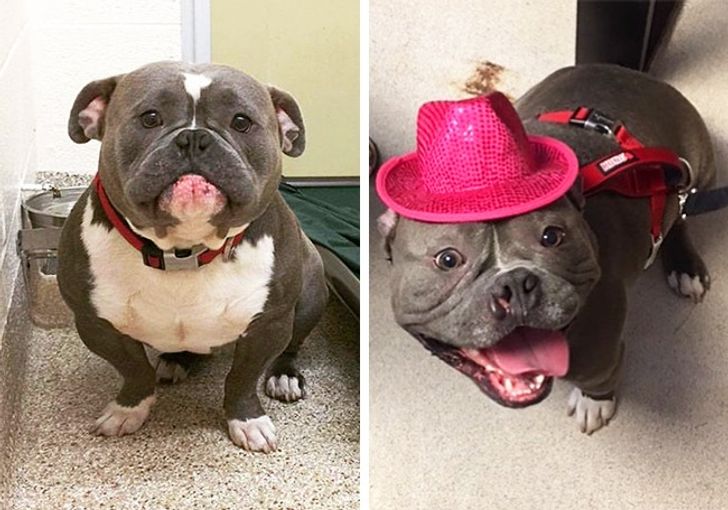 I really hope you guys enjoyed it. Don’t forget to share your thoughts in the comments section down below. Stay happy and keep praying for our dogs.