Have you ever wanted to see what a cat would do after getting high on a weed cookie?

If you do, you are in the right place! But before you proceed, we would like you to take this lightly and do not be judgemental about it as it was an accident and we do not encourage feeding your cat a weed cookie. Well, cats are surely one of the most mischievous creatures on earth. You can never anticipate what are these little demons thinking about and what is their next move going to be. The story that we have brought for you today is really interesting. It’s about how a lady left her pair of cats unattended for a while and those little devils decided to sneak up to the freezer and ate the weed cookie which the lady had kept for herself. She thought that she had covered the cookies properly and they are at a safe spot where her cats wouldn’t notice it but well, we are talking about the CATS.

She took it up on Twitter and decided to share her story with the world. Not that she’s proud of it but also took full responsibility of being irresponsible and being lucky enough that her cats were not harmed. However, without any further ado, let’s go ahead and see how it happened and what did the cat do after getting high on the weed cookie. Scroll down to begin the story.

1. Oh boy, this one’s going to be hilarious! 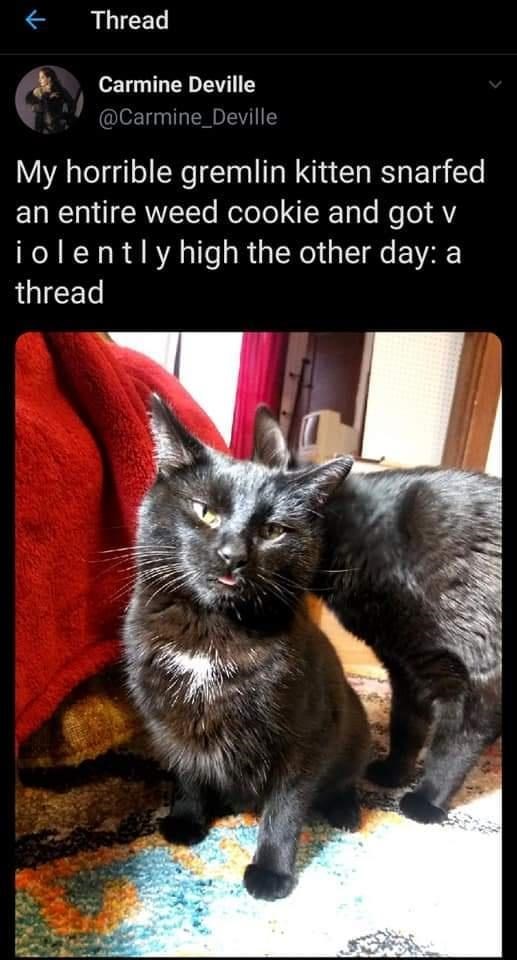 2. Damn, that’s one badass cat you got there lady! 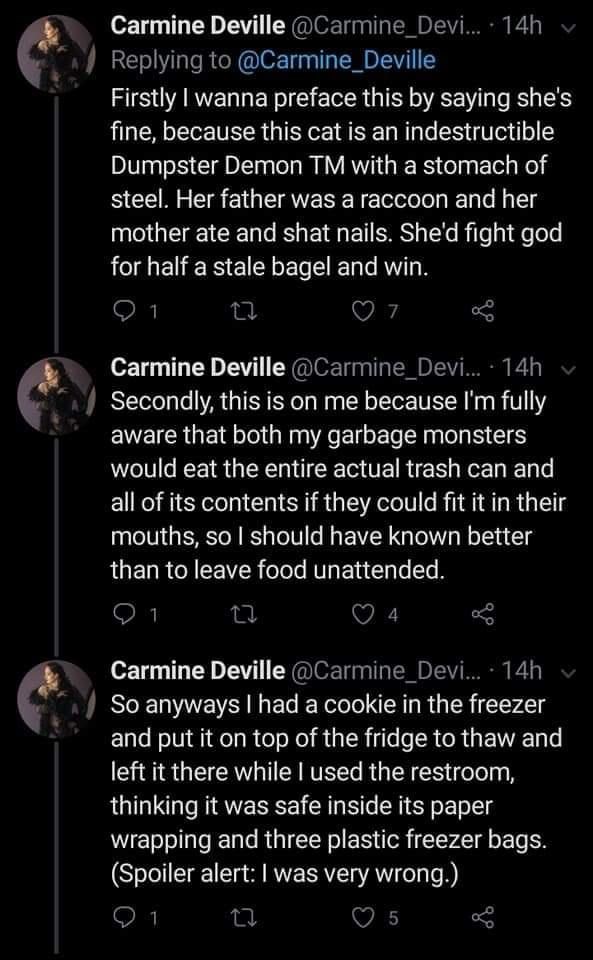 But what were you even thinking? I mean, we all know, how curious these little devils can be, don’t we? 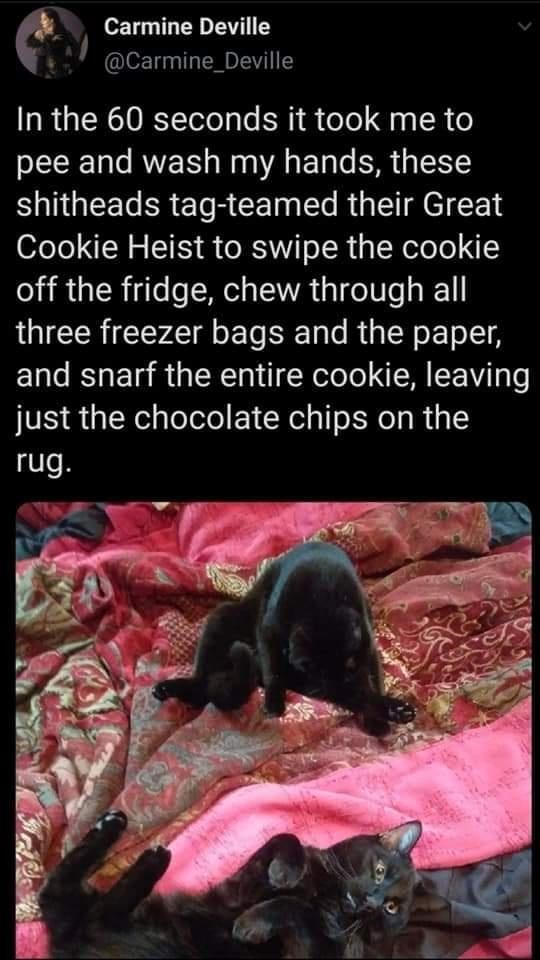 4. I wish she would have posted a reaction of her face too! 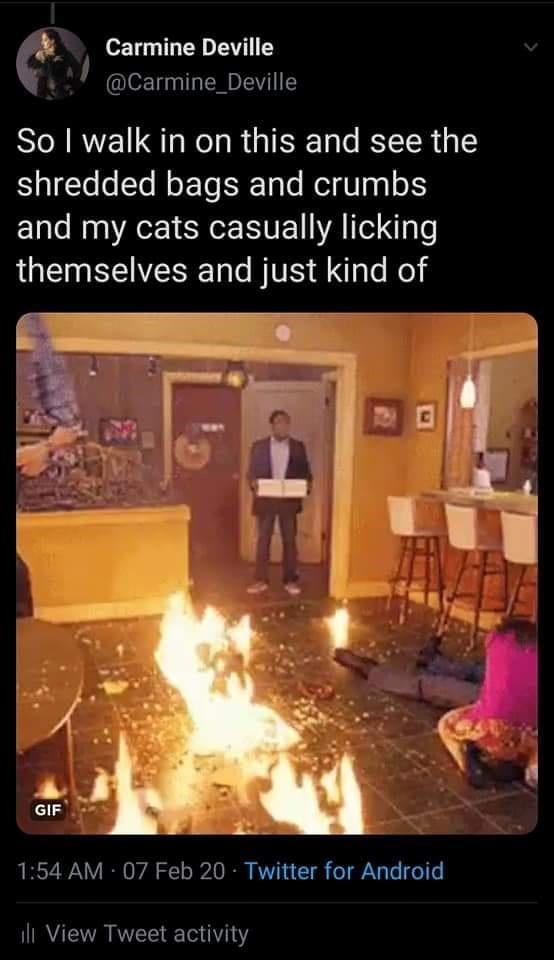 5. I would definitely get a panic attack! 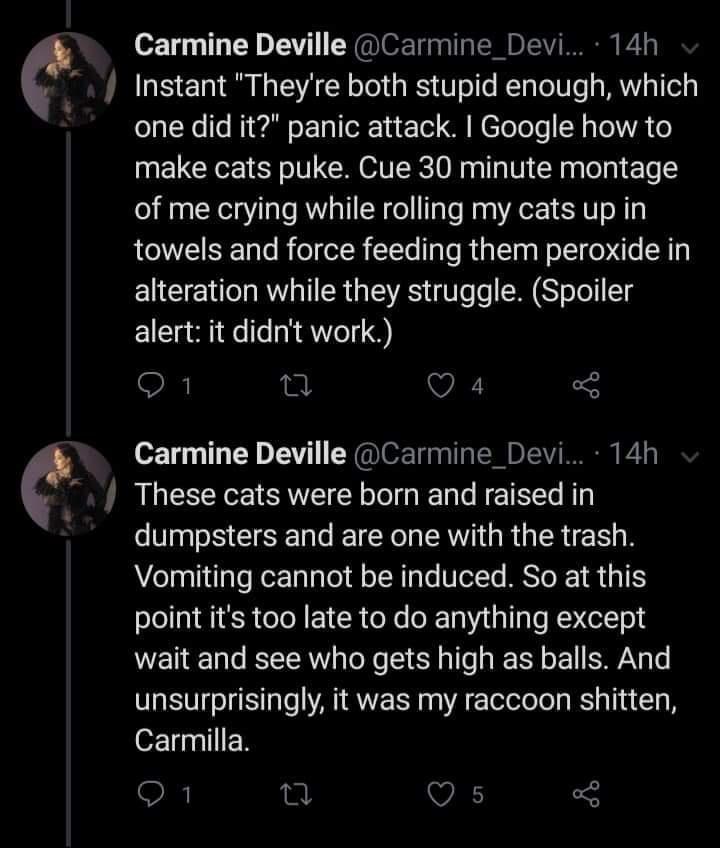 I surely would have rushed them to a vet but well… everyone knows about their cats, don’t they? 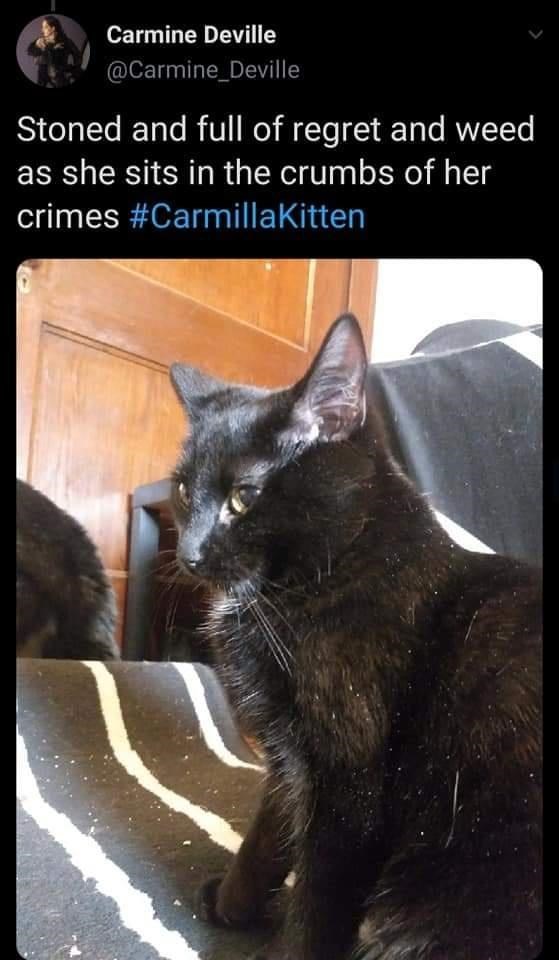 This just keeps on getting interesting, doesn’t it? Well, one thing’s for sure, after you are done reading this story, you certainly won’t ever leave your kitties unattended even for a little while, especially with your drugs lying around in the open. Now, we know you are eagerly waiting to find out what did the cat do after getting herself high AF on that weed cookie. So, let’s just keep on scrolling until the end.

7. OMG, look at that face! Don’t get me wrong but it’s hilarious AF! 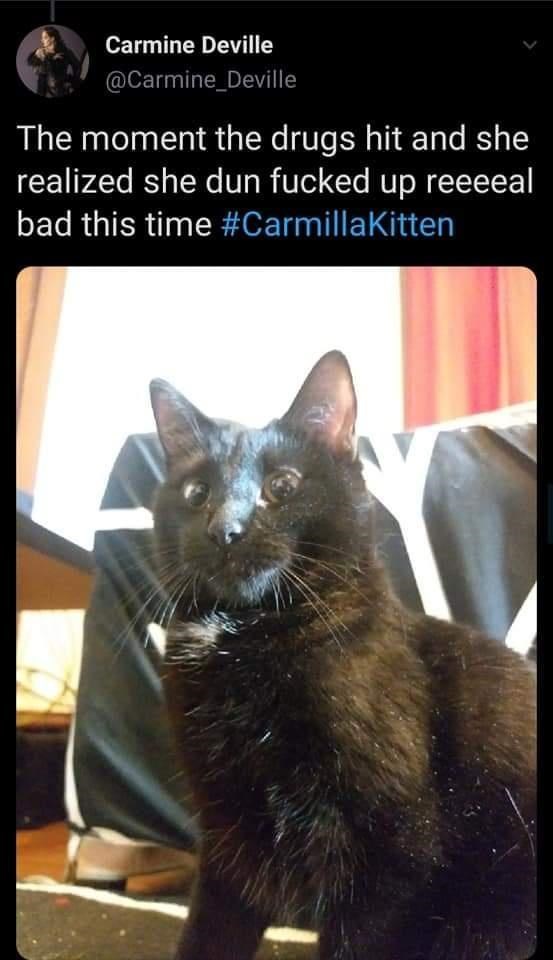 8. Yep, they are gonna judge you for their own mistake. It’s the cats we are talking about. 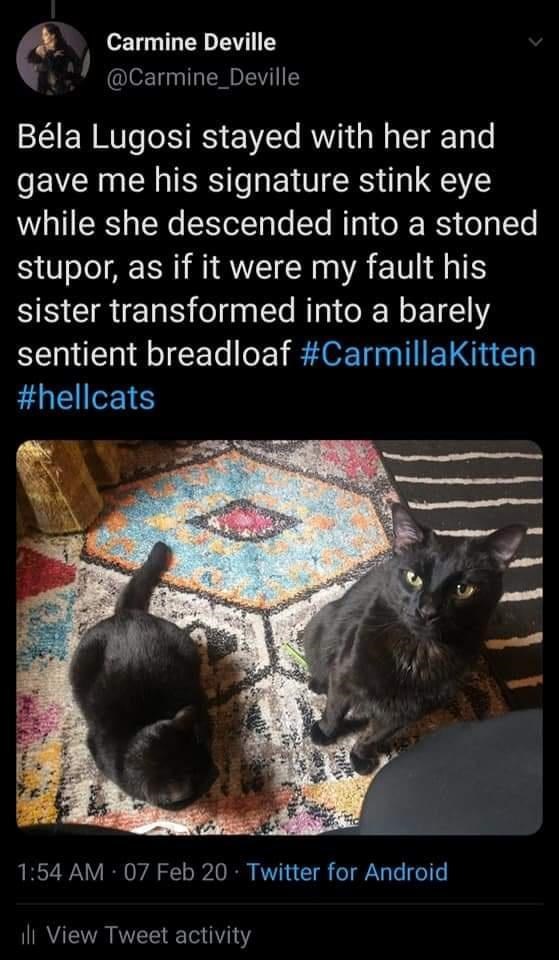 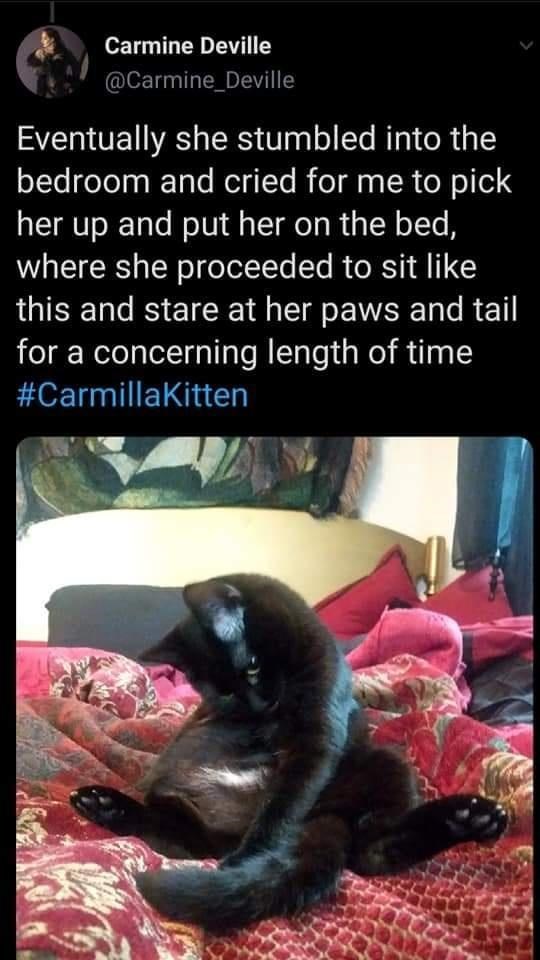 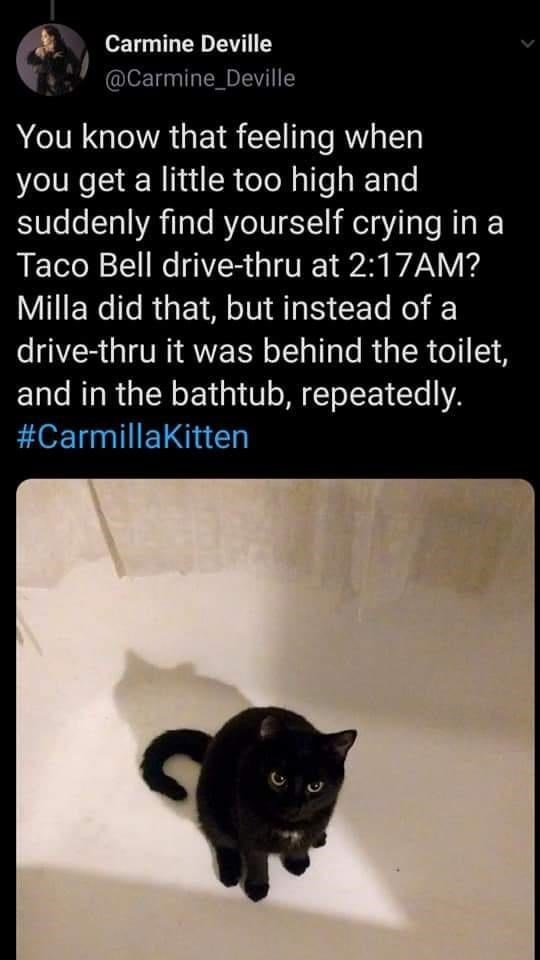 11. Her sister be like, “Hooman, you must do something about it” 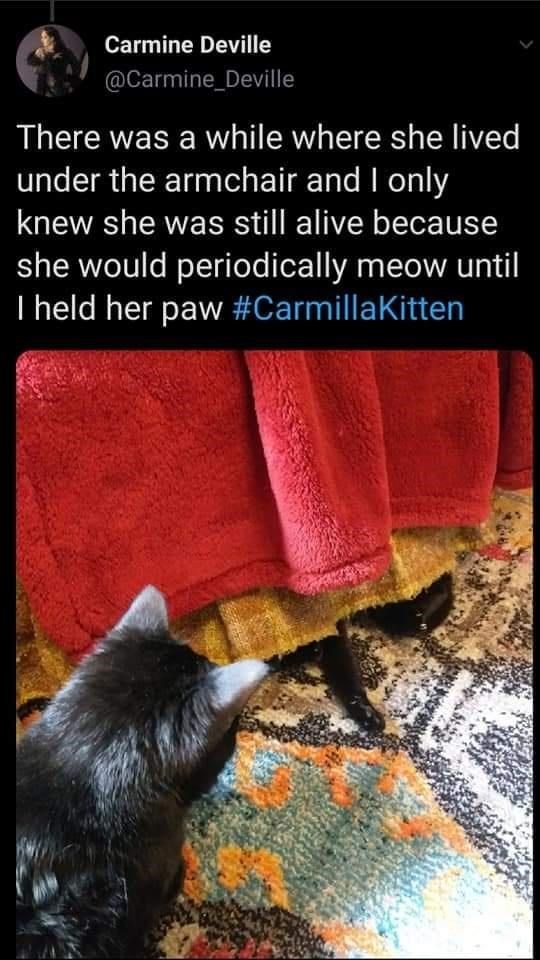 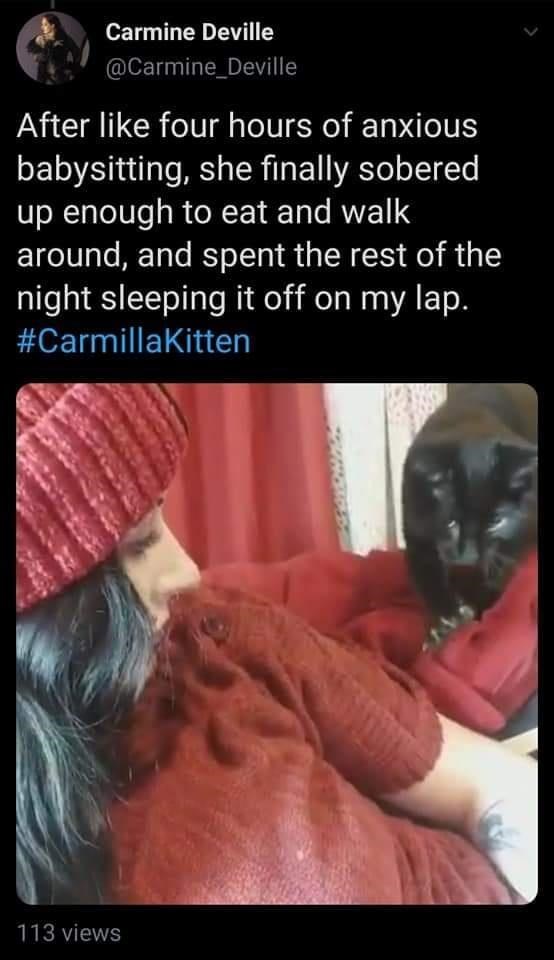 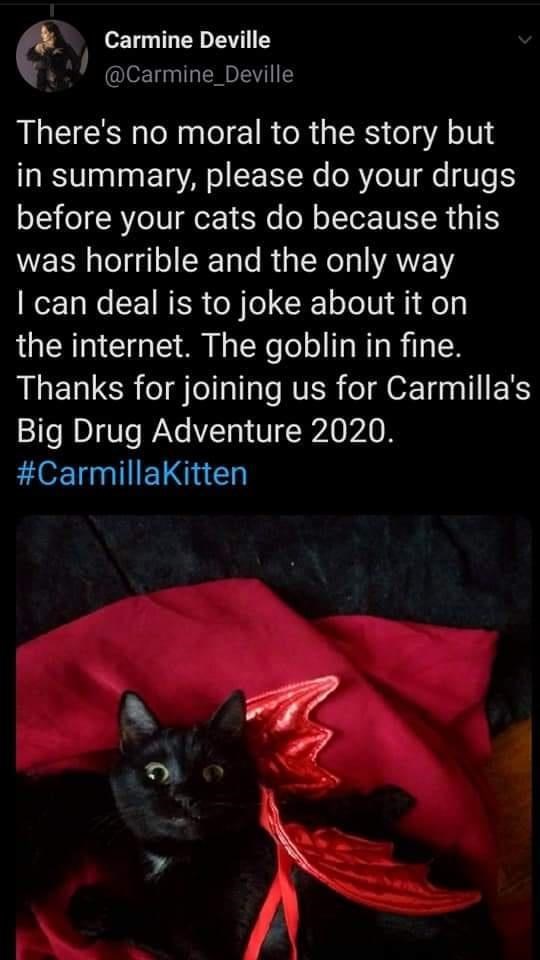 So, you better do your drugs before your cats do and never leave them unattended with something unsafe. Especially weed.

Well, that was the end of the adventurous journey. On a serious note, the lady should have taken her cats to the vet just to be on the safe side but then again, everyone knows about their cats so she knew that her cat is going to be fine after the weed would start wearing off. Anyway, we hope that you enjoyed the story and would like to know what would you have done if you were caught in a similar situation? Let us know into the comments section below!