There are good ways and bad ways things can go. Good ways are when you have a one night stand and get exactly what you wanted out of it, and if you wanted something long term, you get something long term out of it. Bad ways are when you mess up considerably, like making breakfast to your one-night stand. You might be wondering how that’s even possible, but consider this.

What if he panics about the breakfast thing and sees it as you doing a girlfriend thing while he wanted just a one-night stand? It sounds plausible, but trust me, this is a little more than that. This isn’t just misinterpreted notions and expectations, this went as far south as possible, and she didn’t even know what she could do about it. Read her story yourself!

#1 Look at all those awards. 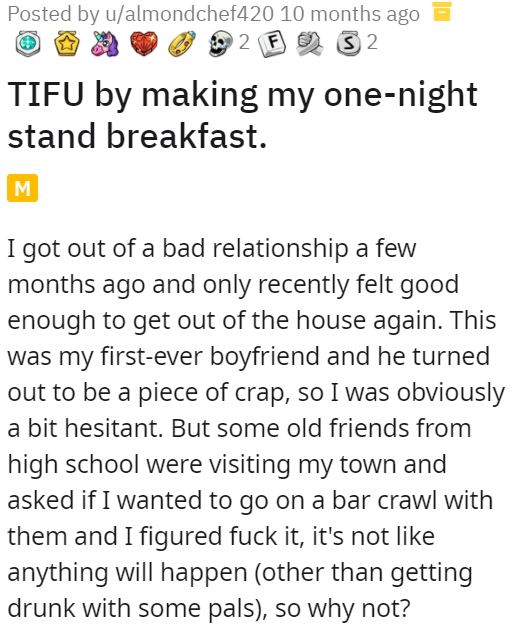 #2 Two quiet people getting together. 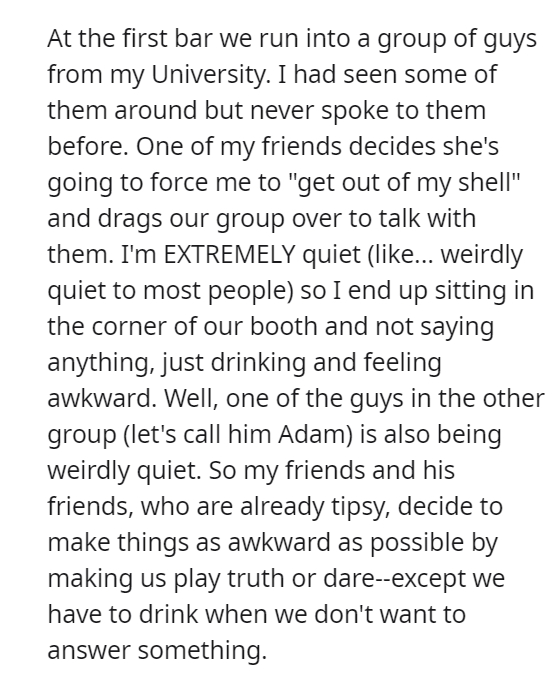 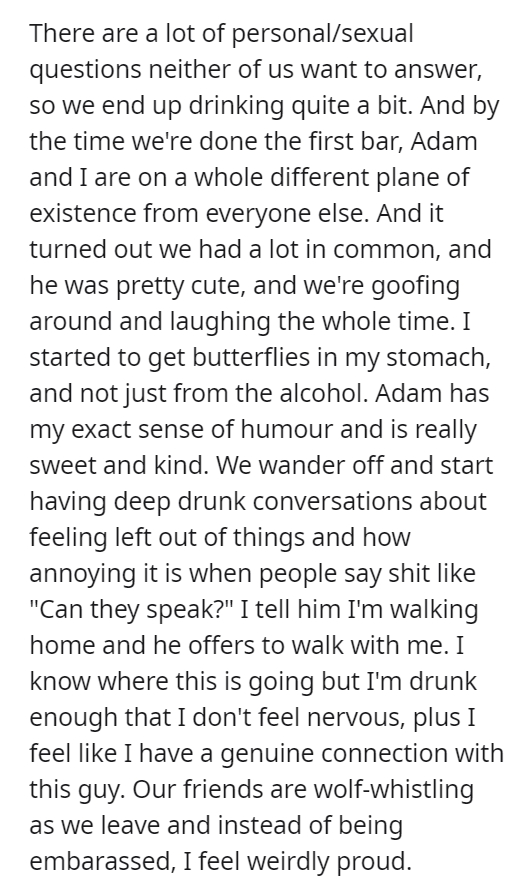 #4 Get to his heart from his stomach. A classic technique. 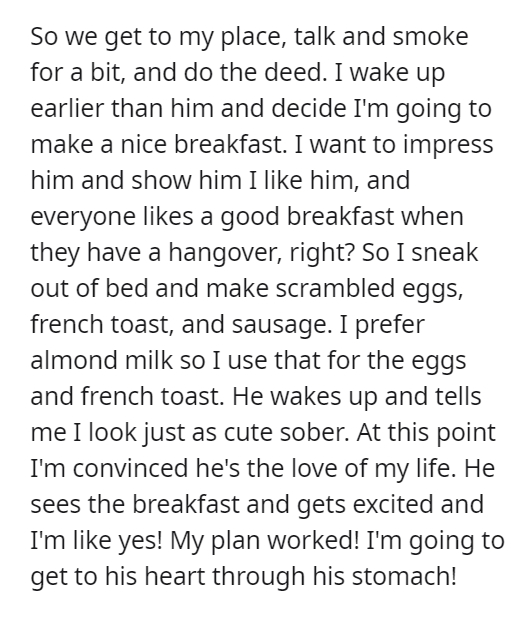 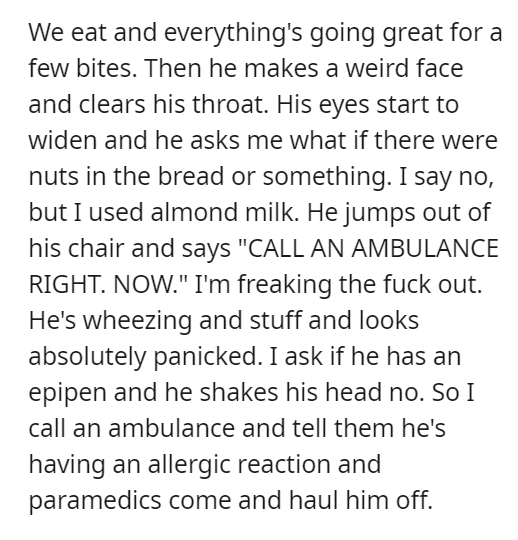 #6 Well… it could have been worse I presume. 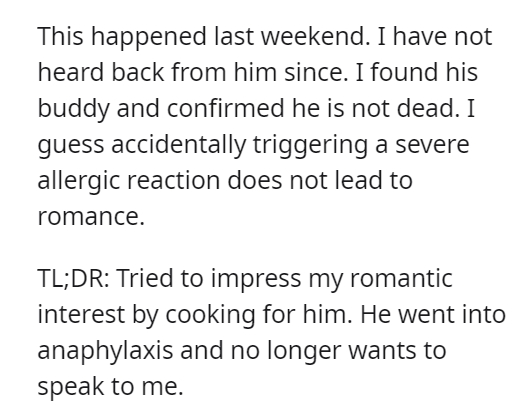 The supportive comments were on another plane of existence:

I accidentally stabbed my girlfriend before we started dating and we’ve been together for 8 months now (over a year since the incident). Just message him, I’m sure he doesn’t hate you

Well I’ve always had some broadswords on the wall, me and my roommate thought it was cool to have as decoration. But then one day we thought it would be a great idea we’d have a sword fight so there we are “fighting” eachother with swords and quoting The Princess Bride. At one point I was standing on the table, swinging my sword. At that moment my Fiance walks in and the table breaks and I land with my sword in her shoulder.

Similar story; our bathroom door handle had fallen off and my new beaux was visiting and said he needed to use the bathroom so I told him where it was, and then I remembered that the handle was broken so I went to help.

Well…. my room mate and I discovered that a butter knife will open the door… BUT… she and I agreed that it was way funnier to use the biggest knife we had. (which was a cheapo, mostly dull knife we’d had for years)

So, I come around the corner, pick up the huge knife and walk towards him with it to unlock the door.

He yelped and jumped back like “WOAH, HEY WTF”

I quickly explained and we had a good laugh.

What did you think about this story? Tell us in the comments!