This one aunt, who’s materialistic and snobby, has a tendency to talk down at Blue Solid, the user who told this story. She would often tell Blue that his gifts were sub-par and not as good as the ones she would get herself, because she’d constantly be talking about her status, the brand of her clothes, and so on and so forth. This idea that Blue had is quite simple and extremely effective.

See, because she was so materialistic and shallow, she would never deem the gifts given to her worthy of her attention or use. That’s why she would often regift these things to other people. One Christmas, she accidentally gave the gift she got a year ago from Blue to Blue. Yes, you heard that right, she regifted the gift to the same person she received it from. The results were impressive.

#1 Christmas is a good time for presents and petty revenge. 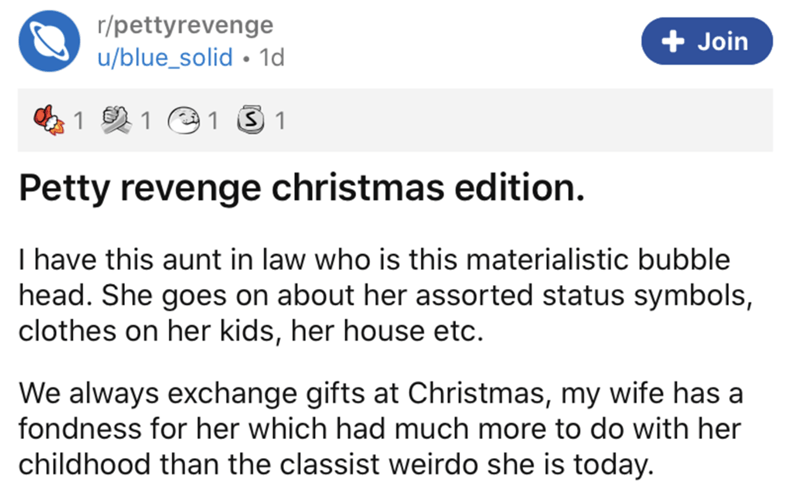 Comments were fun too:

If she’s that materialistc donate to your local homeless shelters and food pantries in her name. Even better, a lot of times they will ask you for an email or address so they can “thank you appropriately” aka ask you again every year. 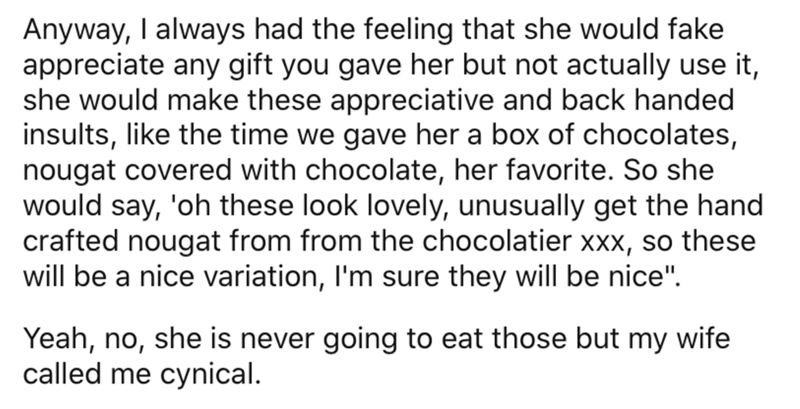 #3 No one likes a regifter. 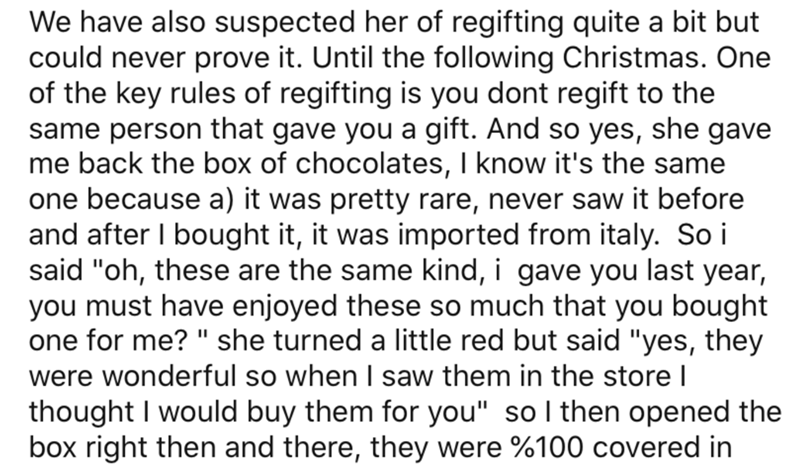 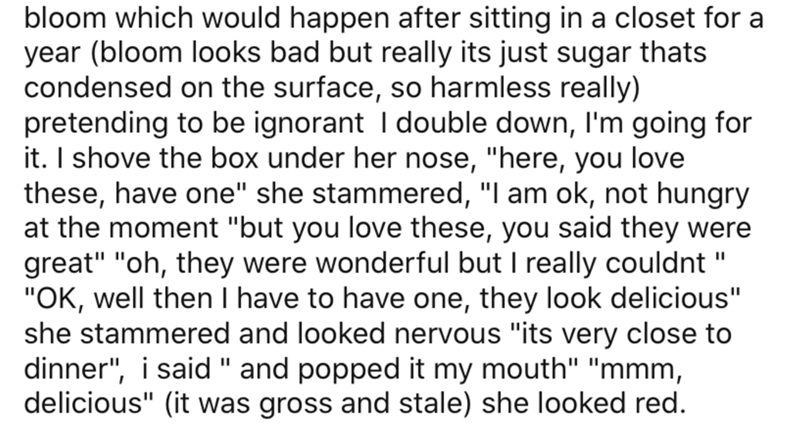 I did this one year – got a total Tory jerk in a secret santa, he hates addicts and says poor people are to blame for their problems. I donated to social bite (a charity that gives homeless people meals in Glasgow). Smug mode engaged. 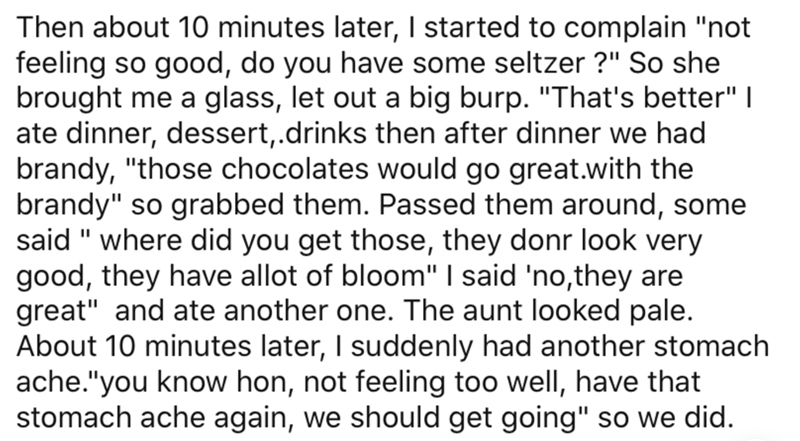 #6 She let that happen! I can’t believe this.

She seemed quite upset. Do you think he went too far or not far enough? Tell us down in the comments!