The Home Alone star has always been a natural when it comes to being funny.

Remember Macaulay Culkin? Wait, let me use some of his other names that you might be familiar with. Do you guys remember Kevin McCallister or Richie Rich or Thomas Sennett? Yeah, now you do.

Macaulay Culkin ruled my childhood. He is very famous for his work in the 2 Home Alone movies, and Richie Rich. Macaulay gained fame at a very young age. Believe it or not, Culkin was only 10 years old when he got famous for his work in Home Alone. The kid was a Hollywood star and fame was enough to set him for life. Culkin soon got to host an episode of Saturday Night Light. He even featured in the music video of Michael Jackson’s famous song Black or White.

However, slowly Culkin’s career took a major decline. The actor found it extremely hard to catch a break in Hollywood. But his hard work really did pay off for him. Here’s what he told Ellen DeGeneres about it in an interview on her show:

“I felt like some kid worked really, really hard, and I inherited all of his money. It allows me to treat everything like a hobby. I do nothing for my dinner nowadays.”

Culkin is 41 years old now. Does that make you feel old? But his sense of entertainment is still fresh and amazing. He is a Twitter user and posts some very humorous and funny tweets. Who wants to see his filtered self on a big screen when we can see his unfiltered version on our computer screens.

Here are some of your childhood favorite’s hilarious tweets. 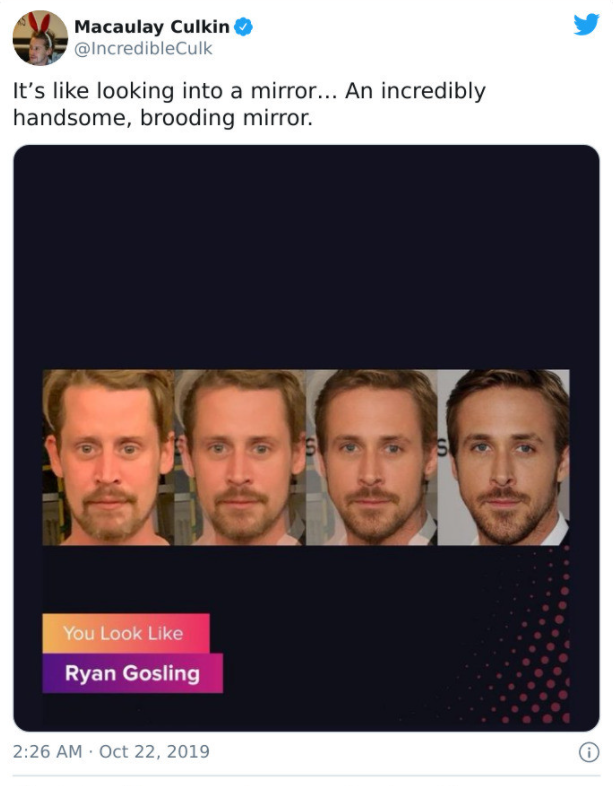 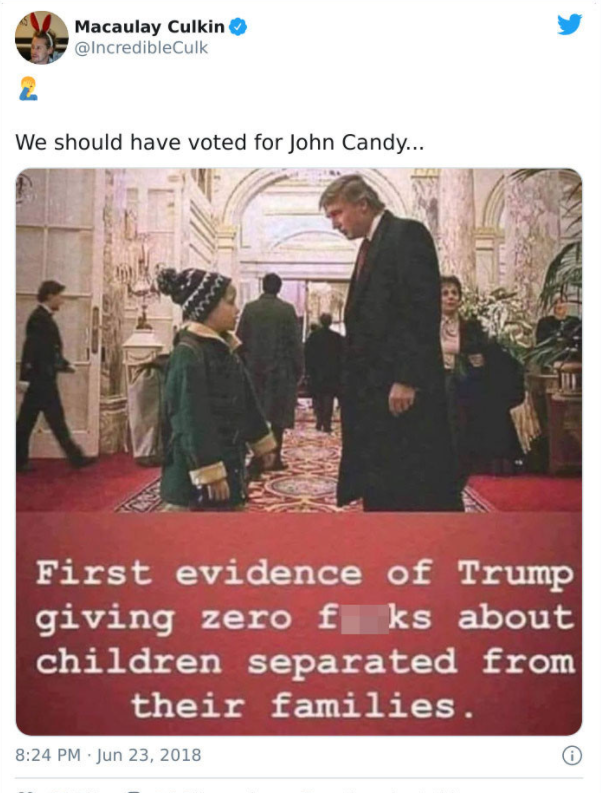 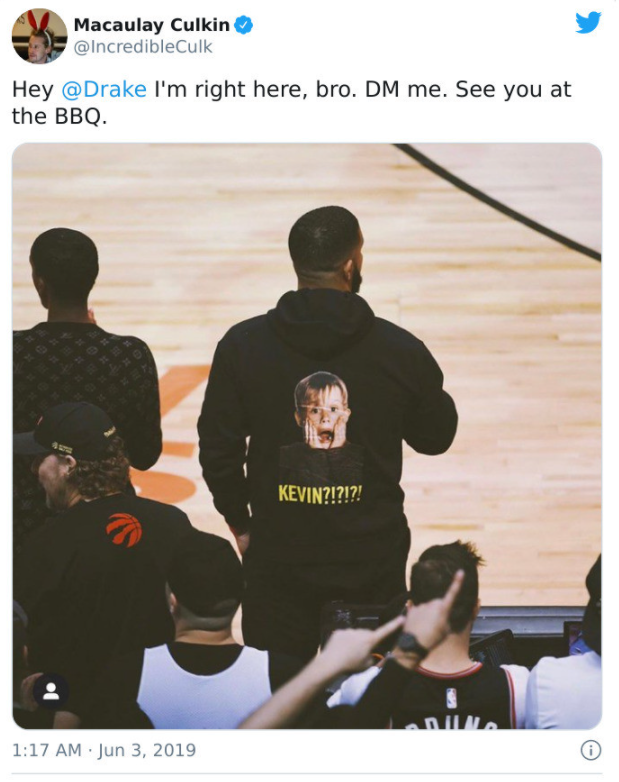 4. I am bewildered to a point of no return.

7. Where all the memories hit at once. 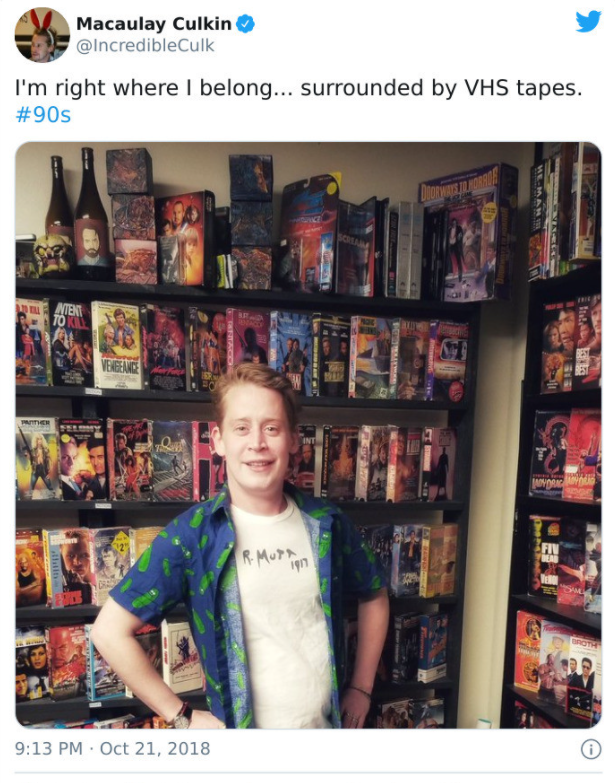 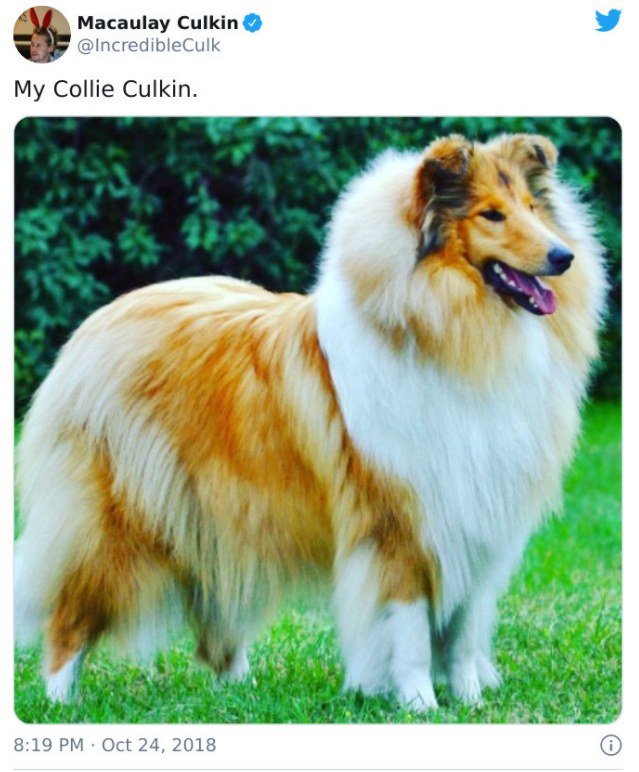 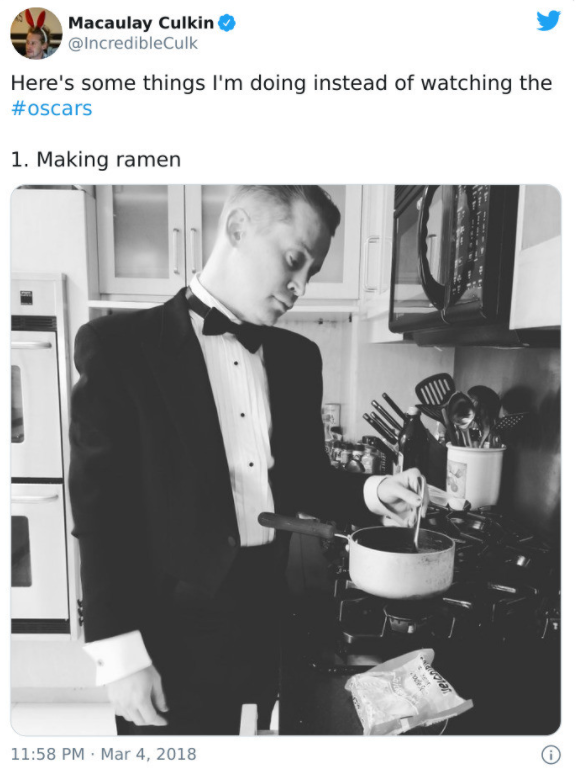 12. Putting careers to waste before they even began. Doesn’t that make you a burglar too? 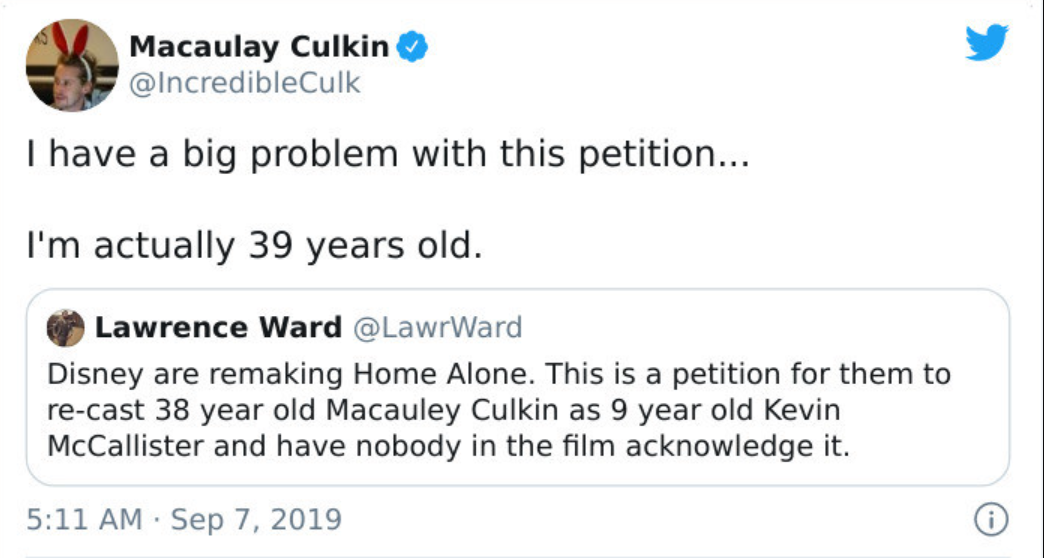 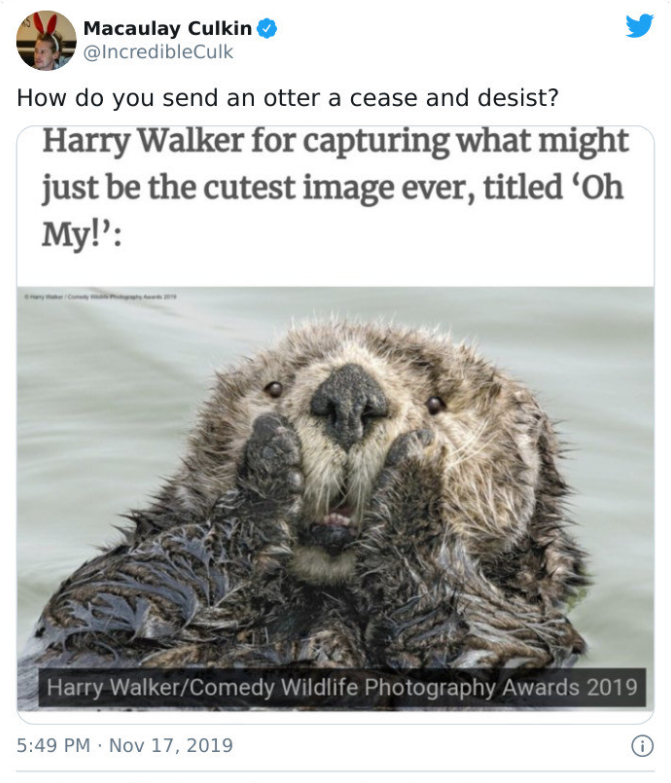 I really have no clue where Macaulay Culkin went. I remember watching the movies and then there was no sign of him. I literally had thought he was dead. Until one day I found a YouTube video of him eating a pizza slice without uttering a single word. Kinda gave me a sigh of relief. Before that point, neither did I google him nor did I ask anyone about him. I just assumed he was dead. Thankfully not!

Macaulay is absolute jokes. All these tweets have been so fun and hilarious to read through. I mean, it does make you think how much time does the guy has in his hands. But who cares, we are here for some fresh fun content and we are Macaulay is providing with all his might. One can never predict but the Tweets make you feel like he is very happy. That’s a very good thing.

Let’s enjoy some more of his hilarious tweets. 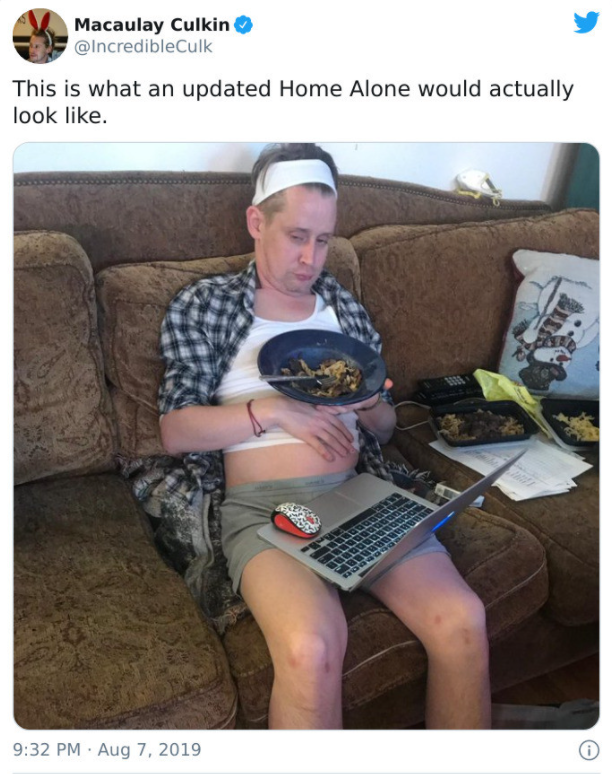 19. Absolutely! Just try not to forget the baby at home whenever you plan a trip abroad. 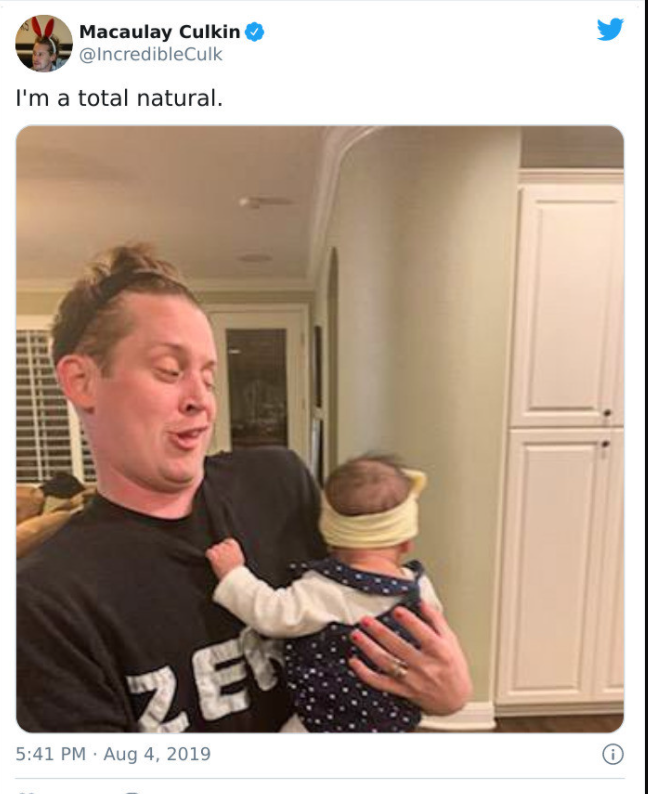 21. Control, can we have a confirmation on this one, please? Over.

22. Talking serpents…you mean your old friends who left you? 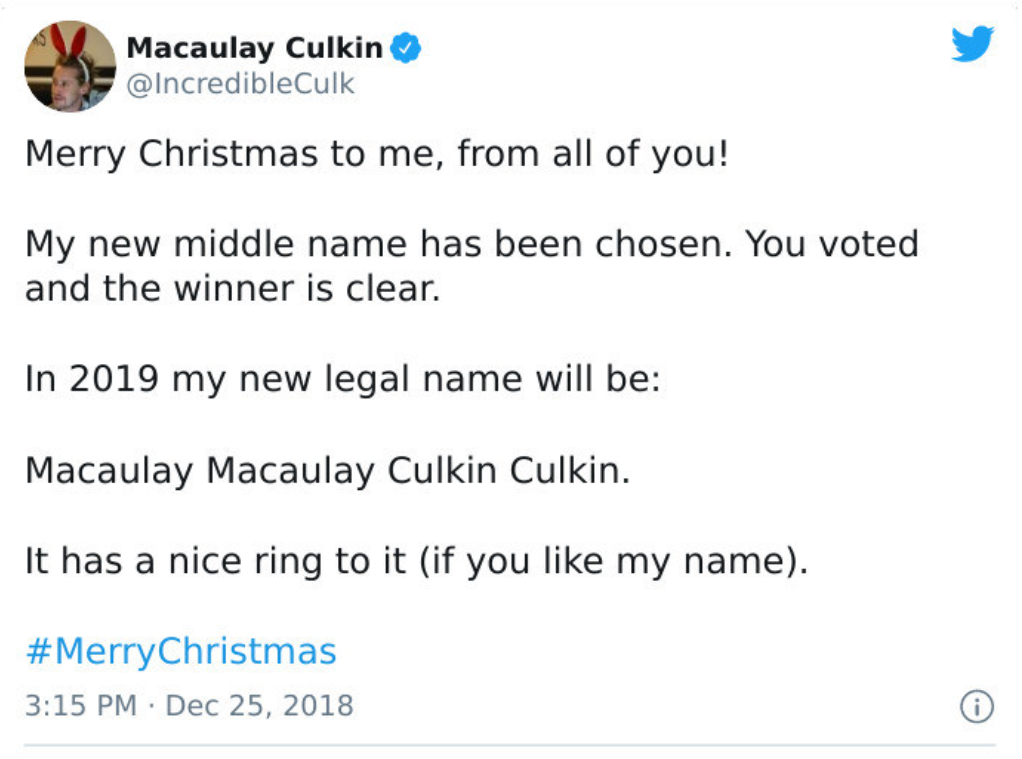 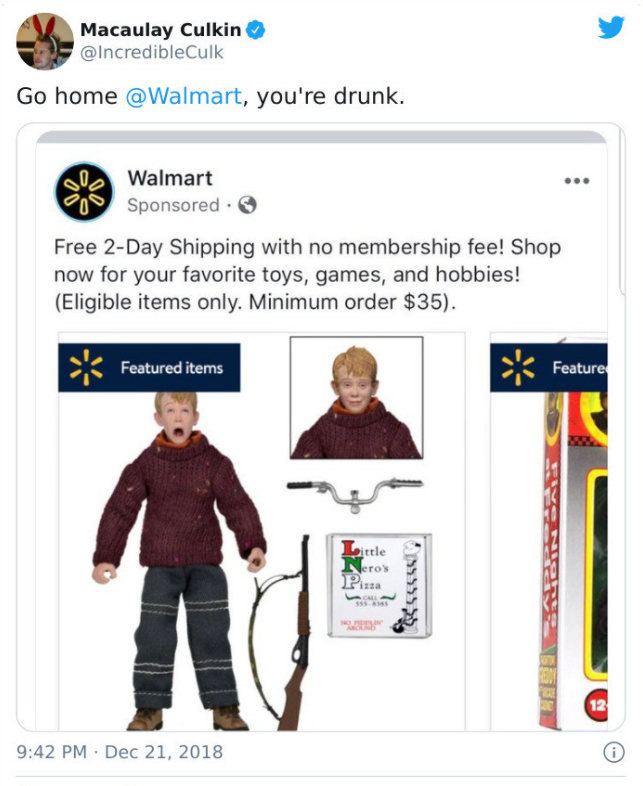 26. You can be anyone if only Hollywood signs you. 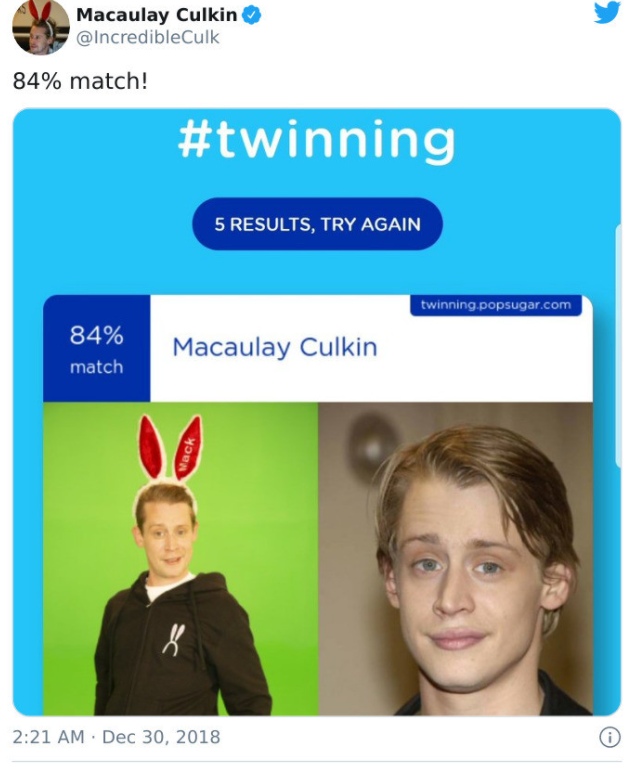 29. That could actually be true.

Wow! Now that’s what you call a perfect session of laughter therapy. We need these more often, given how times are. Thanks to our very own Kevin McCallister for brightening up our days.

I hope you guys had a nice laugh enjoying these hilarious tweets. Feel free to share your thoughts in the comments section down below.